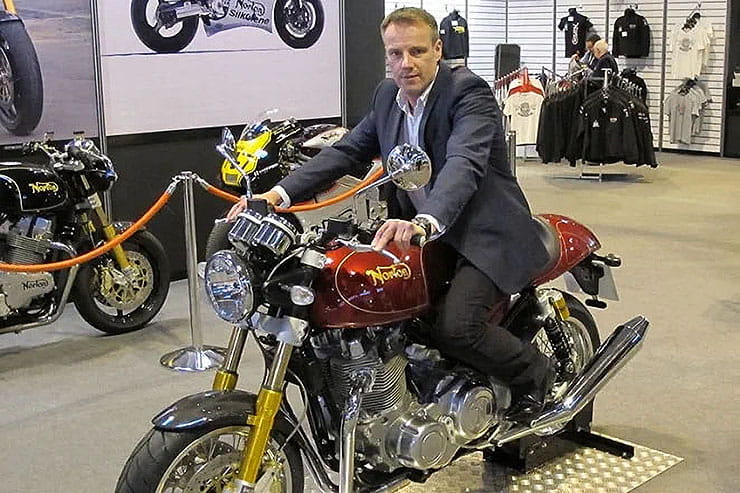 Stuart Garner – Norton’s owner and CEO from 2008 until its 2020 break-up – could be jailed for up to two years after pleading guilting to breaching employer-related investment rules.

Garner appeared at Derby Magistrates’ Court on Monday to face three charges over a trio of pensions schemes that he ran during his period in charge of Norton. The ‘Dominator 2012’, ‘Commando 2012’ and ‘Donington MC’ schemes held the pensions of 227 members, and Garner was their sole trustee. He broke rules by investing more than 5% of the assets from each of these pension funds into Norton Motorcycle Holdings Ltd.

Under the Pensions Act 1995 and Occupational Pension Schemes (Investment) Regulations 2005, no more than 5% of pension scheme assets can be invested in the employer’s own business, with a maximum sentence of two years imprisonment for breaching those rules.

Nicola Parish, Executive Director of Frontline Regulation at The Pensions Regulator, said: “As a trustee, Stuart Garner failed to comply with restrictions on investments which are designed to protect the funds of pension schemes. Trustees have a vital role in protecting the benefits of members and we will take action where that responsibility is abused.

“Trustees should be clear on when a pension scheme can invest in its sponsoring employer.”

Since Magistrates’ Courts have limited sentencing power, unable to hand down jail terms of more than six months, Garner has been released on unconditional bail pending sentencing at Derby Crown Court on February 28.

District Judge Jonathan Taaffe said: “This clearly crosses the custodial threshold and I am sending the case to Derby Crown Court.”

Garners crimes came to light after Norton entered administration in January 2020, with pension funds owed around £14 million. In June that year, the Pension Ombudsman ruled that Garner had acted dishonestly and ordered him to pay back the funds.

The Norton name has since been revived, with Indian firm TVS snapping up the rights to the brand and the intellectual property relating to the motorcycles themselves, as well as equipment and tooling. However, it’s important to note that the TVS-owned Norton is a new company and doesn’t take on the liabilities of the Garner’s iteration of Norton.