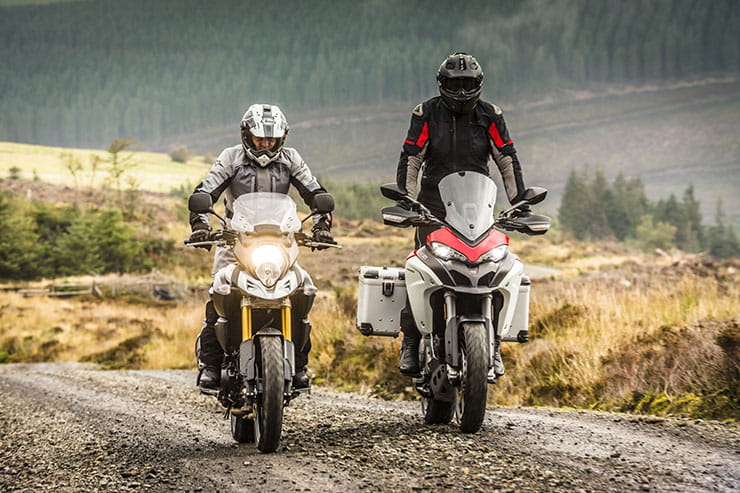 A Government consultation is underway that could lead to motorcycles being banned from the network of ‘green lanes’ around the country and riders are being asked to make their voices heard before their rights are removed.

The Department for Environment, Food and Rural Affairs (DEFRA) is looking for responses to an online survey – which you can find here – and several questions directly address the future of recreational motor vehicle access to green lanes. The questionnaire comes in the wake of the Government’s official response to the Landscapes Review, a 168-page document about the future of Britain’s National Parks and Areas of Outstanding Natural Beauty, a 2019 document that was commissioned as part of the Government’s 25 Year Environment Plan.

While the Landscapes Review makes zero mention of motorcycles or recreational green-laning, the Government’s response to the document has introduced the idea of banning it, saying:

Some country public rights of way and unsealed unclassified roads known as ‘green lanes’ allow for the legal recreational use of motor vehicles. Whilst many users make use of these rights in a responsible way, we have become increasingly aware of damage and disturbance caused by excessive use of off-road motor vehicles on some unsealed routes. This can result in impacts on local wildlife, the special qualities of an area e.g., tranquillity, and make the route less accessible for other users such as those on foot, bicycles, horseback, or in vehicles used by disabled people. In protected landscapes, these impacts could undermine the statutory purposes of the area.

We are also aware that these unsealed routes often provide essential vehicular access for local residents and businesses, and recognise that many people enjoy using motor vehicles responsibly on green lanes without causing damage or disturbance. Vulnerable groups such as disabled or elderly people are also likely to be particularly reliant on vehicular access in rural areas including via community transport.

We therefore would like to explore the options available for protecting our green lanes while maintaining most public and private access rights, particularly for residents or businesses. This could be achieved by giving greater discretion for National Park Authorities and local highway authorities to use existing powers to restrict use on a case-by-case basis. Alternatively, the government could consider restricting the use of certain motor vehicles on unsealed roads through legislation, but only if this could carefully balance the needs of all users including motorised vehicle users, horse riders, cyclists and walkers, whilst also protecting private access rights. 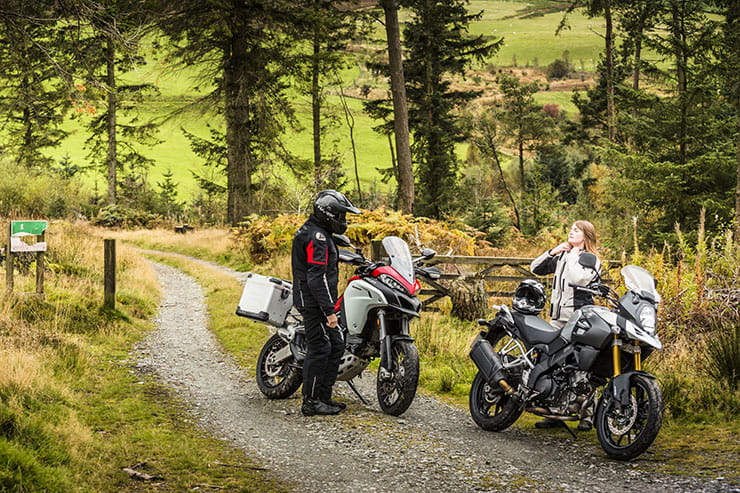 Having introduced the idea of new legislation about “restricting the use of certain motor vehicles on unsealed roads” the Government is now looking for responses from the public, businesses and other bodies into its ideas.

Unfortunately, the questions relating to vehicle use – which could have the most far-reaching impact on the general public – are buried in the middle of the questionnaire, among a host of other questions about subjects like agriculture and planning applications. You don’t need to answer those, but to get your voice heard on the issue of green laning, you have to click past several pages of the document.

The key parts are questions 14 to 17, which include: “Should we give National Park Authorities and the Broads Authority and local highway authorities additional powers to restrict recreational motor vehicle use on unsealed routes?”

And, most severely: “Should we legislate to restrict the use of motor vehicles on unsealed unclassified roads for recreational use, subject to appropriate exemptions?”

There’s already a genuine concern that these questions are being used as an opportunity by anti-green-laning groups to see the pastime banned. A quick web search finds that there are already calls for people to fill in the consultation with anti-motorcycle views. Here, for instance, countryside CPRE Wiltshire specifically says “The case for answering ‘Yes: everywhere’” to the question whether green lane motoring should be restricted by law is “compelling”.

On the ‘Path Watch’ website, here, the questionnaire is described as “A chance to end ‘Green Laning’” in a story that links to the survey and tells readers that it’s a ‘once in a lifetime chance to get across to the government the damage and nuisance these vehicles cause’.

Motorcyclists have their own champions for the green laning cause, including the National Motorcycle Council and the Land Access and Recreation Association, which have teamed up with globe-trotter Charley Boorman to call on riders to make their voices heard by responding to the DEFRA questionnaire. They point out that that the Trail Riders Fellowship estimates that motorcycling alone pours £100 million per year into rural areas, with green laners supporting businesses including B&Bs, pubs, hotels, local shops and rural filling stations.

Together, they say: “The road network inside and outside National Parks and Areas of Outstanding Natural Beauty must be for everyone to enjoy. Access must not be forbidden to any mode of transport without evidence that real and widespread damage, over and above that caused by agricultural vehicles, is being caused. Less than 2% of highways are green roads available for public motorcycle use, reducing this further will increase pressure on what remains.”

Charley Boorman said: “Removing vehicular access from parts of National Parks, AONBs and other rural areas would have a very negative impact on the vitality of the countryside. Motorised recreation and tourism on green roads is not only positive economically and socially, but riding green roads has a very positive impact on the health and wellbeing of those who take part in this activity.  I urge the Government to find against rural road bans and to work with organisations in a positive way to manage green and other roads, so that the countryside remains open to all.”

So if you have a moment, get over to the DEFRA questionnaire here and add your views to the discussion before it’s too late to be heard. The public consultation ends on 9 April 2022.