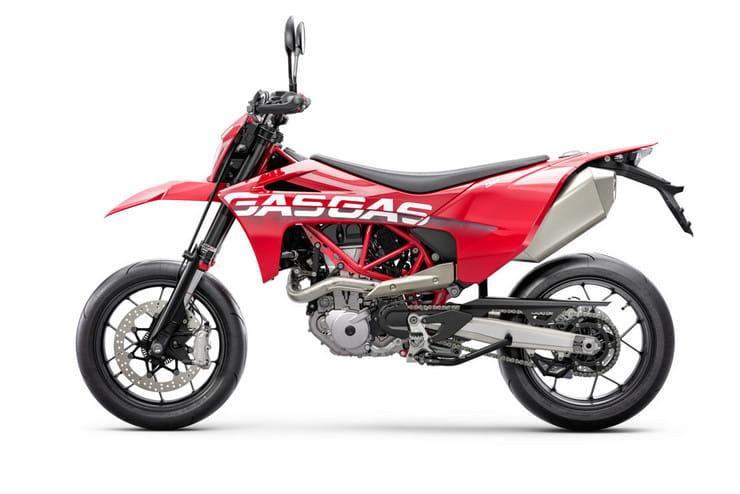 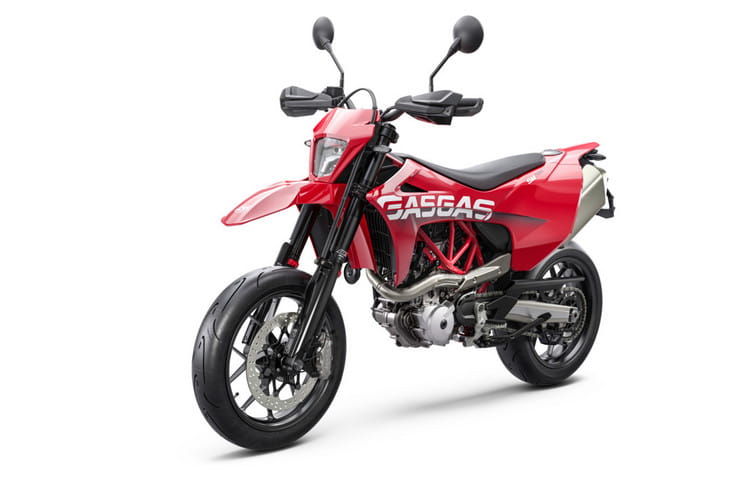 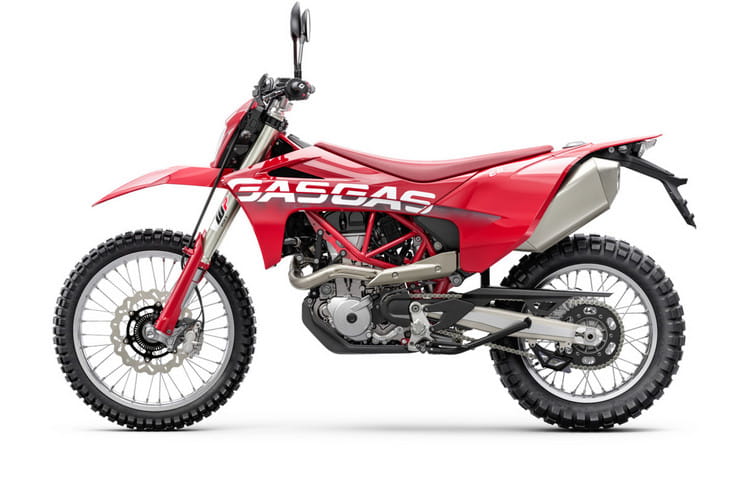 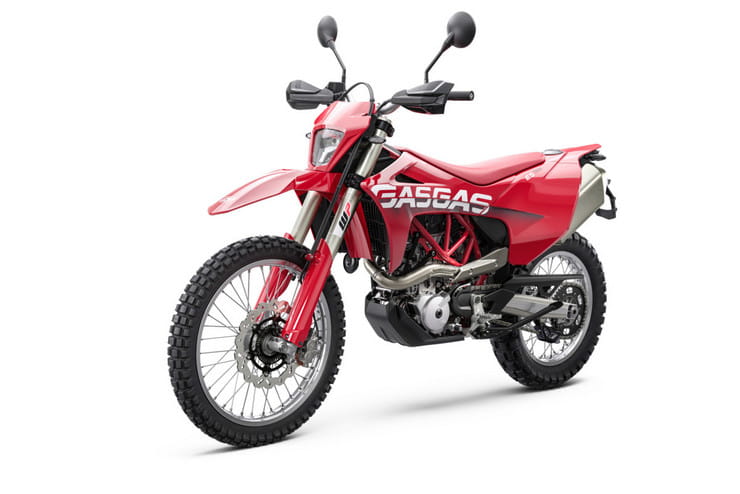 Imagine for a moment that you had £9349 burning your hole in your pocket and wanted a road-going, single-cylinder supermoto or enduro bike with a KTM 690 engine.

Until now for a supermoto you had the choice of the KTM 690 SMC R or Husqvarna 701 Supermoto, while the more off-road offerings were the KTM 690 Enduro or Husqvarna 701 Enduro, all coming in at exactly the same price and with near-identical specs. Now you can add the GasGas SM 700 supermoto and ES 700 enduro bike to that list.

Given that GasGas is another part of the Pierer Industrie AG empire, alongside KTM and Husqvarna, some parts sharing makes a lot of sense, but the level of similarity between all these models is remarkable. Not only do all six machines share the same frame and engine, but they’re offered at an identical price point, making it extremely hard to make a case for opting for one machine over another. Like orange paint? The KTM is probably your bag. Prefer white, blue and yellow? Choose the Husky. Now GasGas means there’s something for lovers of red paint, too. 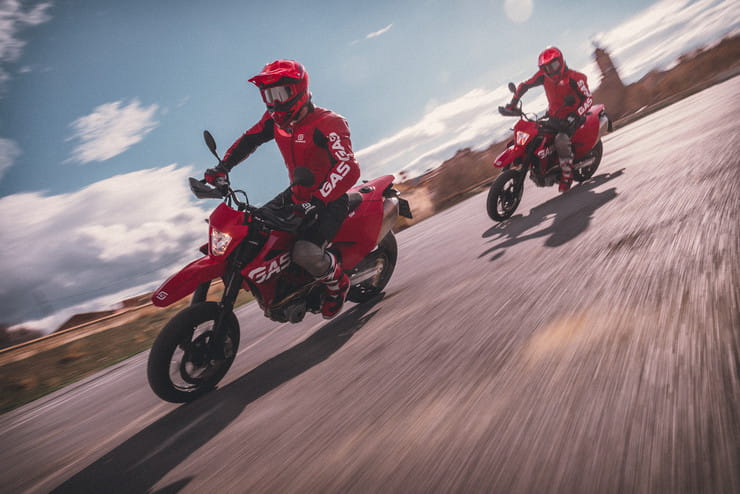 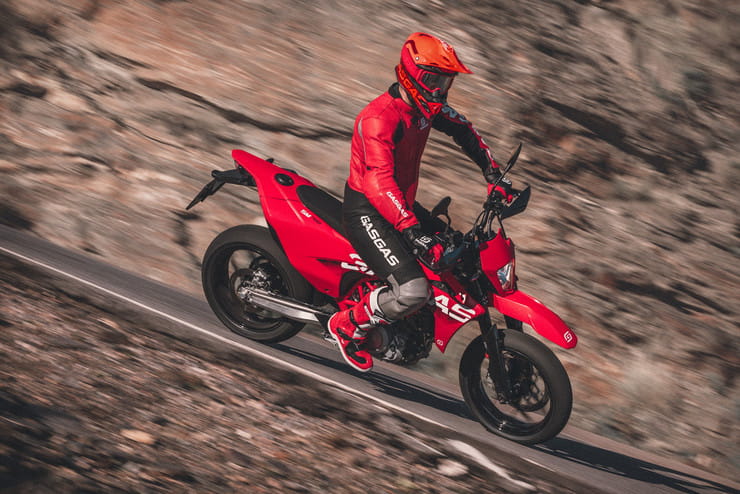 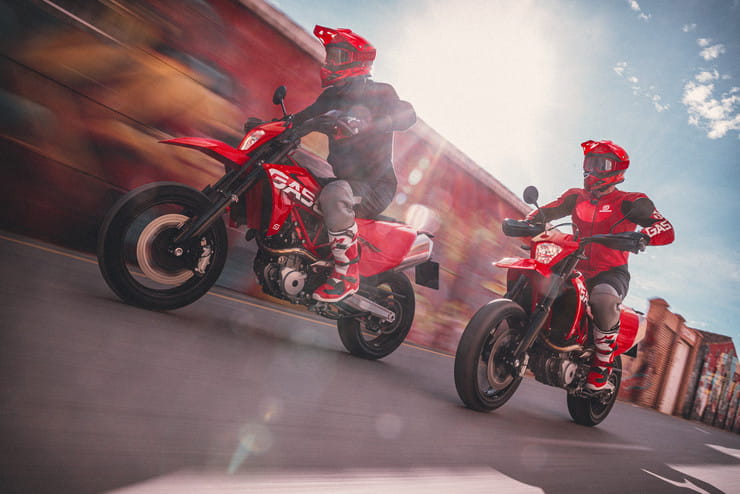 You have to delve deep into the facts and figures to spot technical changes between the machines and even then, they’re minor.

Turn your attention to the enduro models and it’s the same story. All have identical 55kW (74hp) engines, the same trellis frames, Brembo brakes with Bosch ABS and WP Xplor suspension at each end. Their weights are within a whisker of each other (146kg for the KTM 690 Enduro, 147kg for the Husqvarna 701 Enduro and 147.5kg for the GasGas ES 700), and again the Husky has fractionally the lowest seat (920mm) while the GasGas is tallest (935mm). 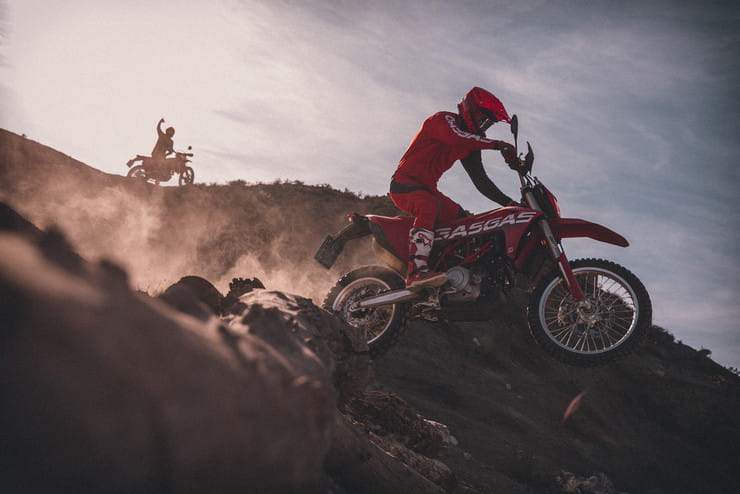 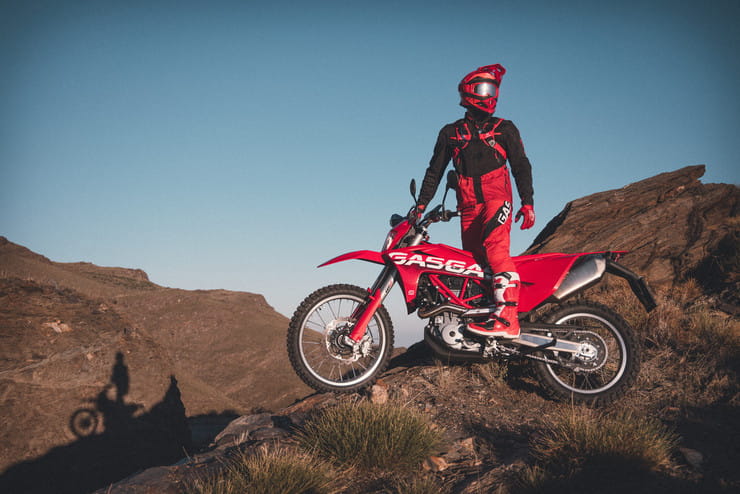 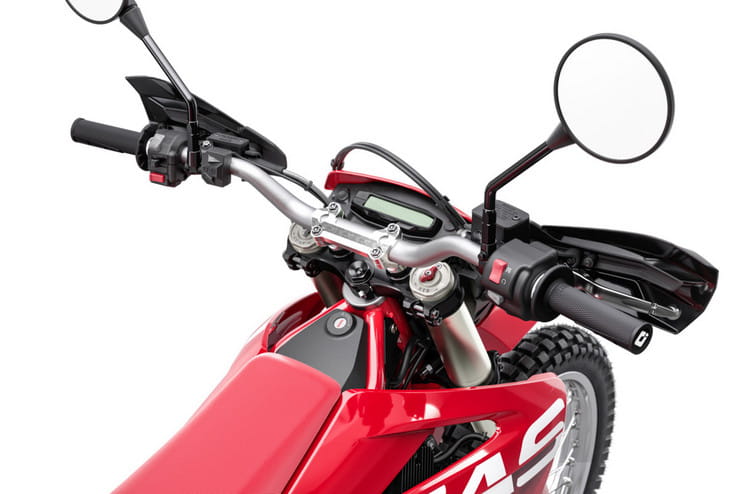 Realistically, then, the main differentiator between the bikes is their appearance. On that front, each model has its own plastics, albeit very much in the traditional motocross-style mould.

Since most of the mechanical parts, including the exhausts, are shared, there’s limited scope for change, but GasGas SM 700 supermoto stands out from its KTM and Husqvarna cousins by using cast alloy wheels instead of wires, albeit with the same 120/70-17 front and 160/60-17 rear tyre sizes. Elsewhere, the GasGas bodywork – shared by both the SM and ES models – is a little more smoothly sculpted than either the KTM or Husqvarna equivalents, flowing almost uninterrupted from the front side panels into the tail, where it wraps over and continues onto the other side of the bike.

While the SM 700 and ES 700 might not be remarkable steps forward compared to the KTM and Husqvarna models that share their bones, they do represent a notable move for GasGas as a company into the manufacture of street-oriented machines.

Given that Husqvarna has made a similar move over the last few years, with a model range that’s now expanded into twin-cylinder models based around KTM’s LC8c engine, we’re likely to see something similar from GasGas in the coming months and years, making the brand much more important to riders who might have previously written it off as a pure off-road company. 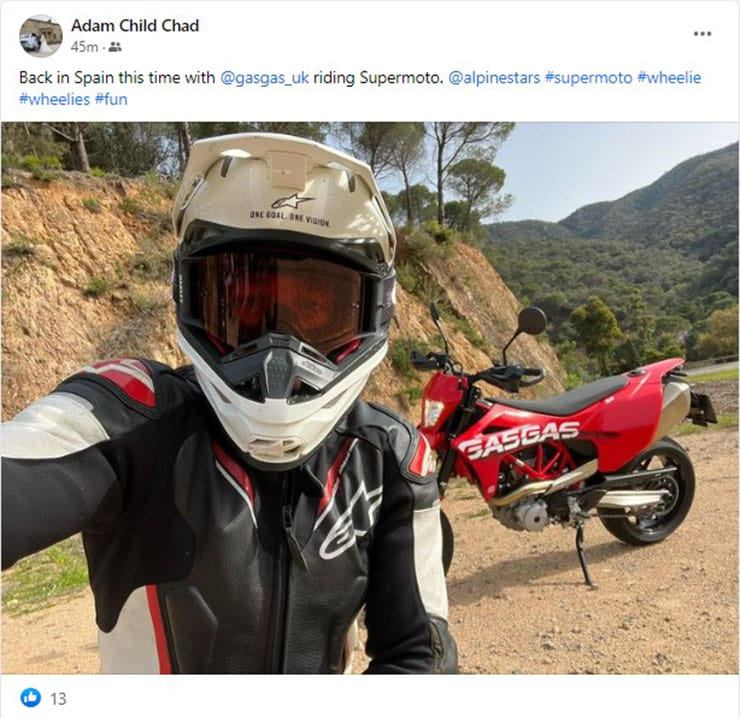