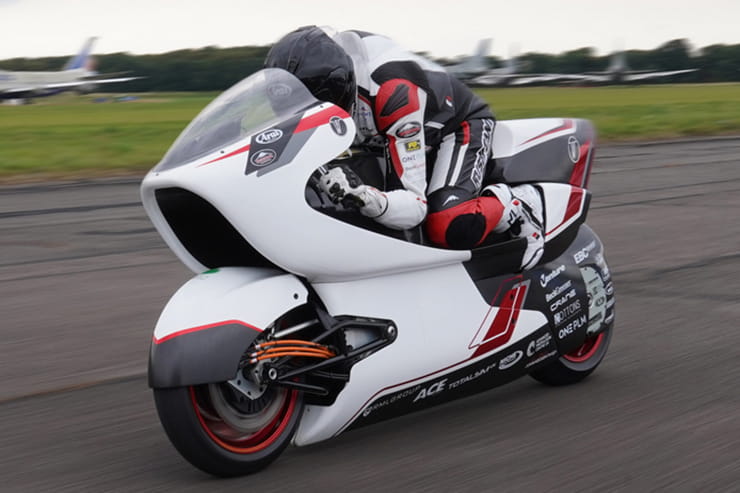 When you see a radical new concept in motorcycling in the 21st century all too often it’s in the form of a computer rendering of a bike that never gets any further than that. When White Motorcycle Concepts wheeled out its jaw dropping WMC250EV back in June it broke that mould: it was a real bike and now the firm has released the first images and footage of the machine undergoing early tests.

The WMC250EV isn’t intended to be a production bike, or even a road-going machine. It’s specifically targeting the world land speed record for electric motorcycles, with the intention of showing that the three unusual technologies it features are improvements over conventional designs. 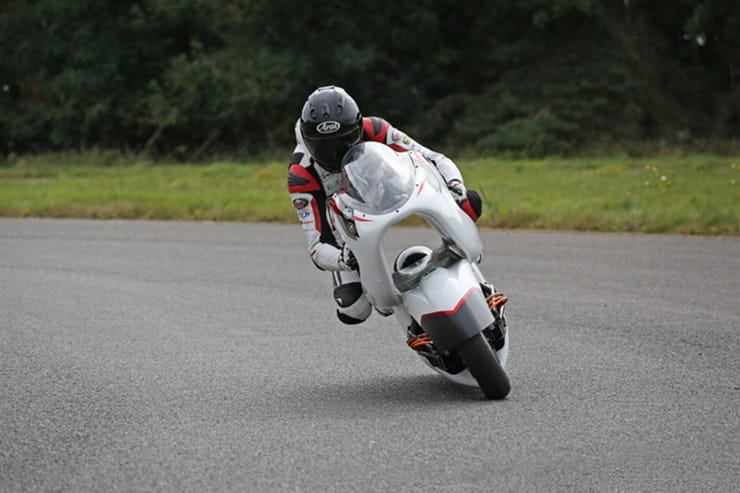 The first, and most obvious, of those ideas is the vast aerodynamic duct running through the centre of the bike. Made possible by the compact electric drivetrain, it slashes the WMC250EV’s frontal area and its coefficient of drag, as well as reducing front-end lift because there’s less air pressure against the nose of the bike at speed, trying to rotate it backwards around the rear wheel.

With electric motors and batteries getting ever smaller and more energy-dense as technology improves, White Motorcycle Concepts’ founder and namesake Rob White believes it will only get easier to implement the ‘V-Air’ hole in the future, so the WMC250EV is arguably doing it in the hardest possible conditions.

As well as the duct, the WMC250EV’s technologies include two-wheel-drive. There are actually four electric motors. Two drive the rear wheel via the firm’s third innovation, an enclosed chain drive system with a built-in lubrication system, while a smaller pair of motors sit in the front wheel hub, directly driving the wheel. Throw in a few more innovations, including cable-operated steering to remove the need for complex linkages between the bars and the hub-centre-steered front wheel, and the WMC250EV is unlike anything we’ve seen before. 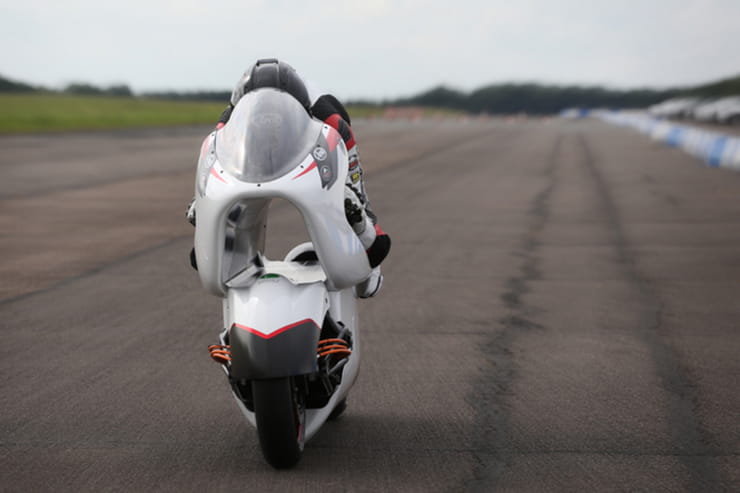 During its initial shakedown tests at Bruntingthrope Proving Ground in Leicestershire, the aim was to simply make sure the bike’s systems were working and its technical elements operated as intended. Nonetheless Rob White managed to hit around 170mph on the machine, even without targeting high speed runs.

The firm says the test uncovered some technical elements for development, which were able to be resolved to pass the machine off as ready for the next stage of the testing and development process. The intention is to continue with the test programme through the rest of 2021, with a target of going for the World Land Speed Record for electric bikes in 2022, riding on the salt flats of Bolivia.

Although the bike’s WMC250EV name comes from the intention to hit 250mph, the final top speed may be higher than that – and need to be, as the company’s rival for the record, current holder Voxan, is also intending to push speeds beyond the 228mph two-way, flying mile that it set with Max Biaggi at the helm late last year. 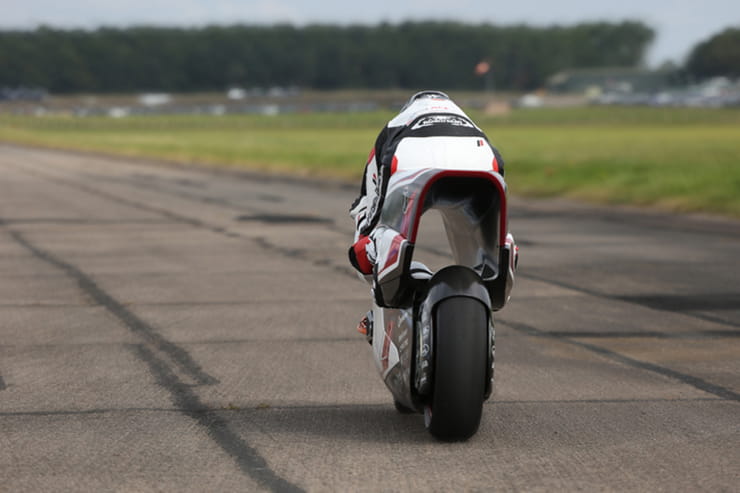 The WMC250EV’s initial tests took place using an interim electrical system, with a 60V battery pack and a combined 100kW (137hp) from its electric motors. The eventual record powertrain is intended to be 2.5 times as powerful, giving around 250kW (equivalent to 335hp).

Although the WMC250EV is a radical interpretation of White’s aerodynamic ideas, the V-Air duct allows a vast reduction in drag, making it about 70% more efficient than the best current road bikes. Although a low-slung, streamliner-style body might also achieve an impressive reduction, the White concept intentionally keeps the rider’s seat at the same height as that of a conventional bike. Even with a much less extreme riding position, a bike with the V-Air duct could have a significant reduction in frontal area and drag, and the firm has clear plans to incorporate the thinking into a road-going machine in the future. 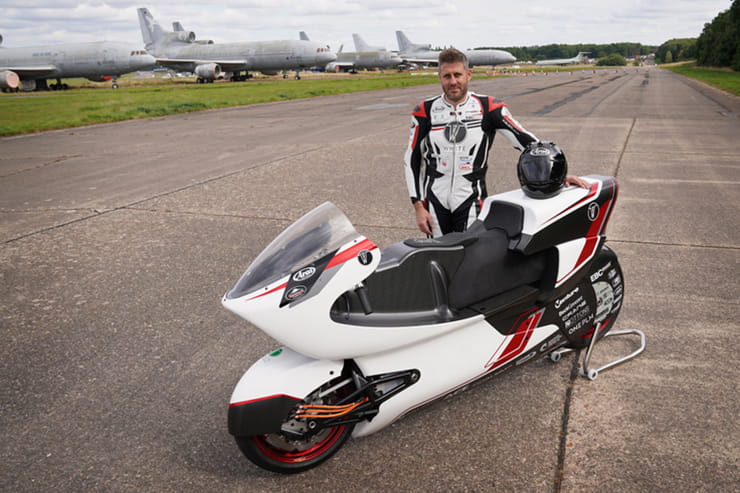