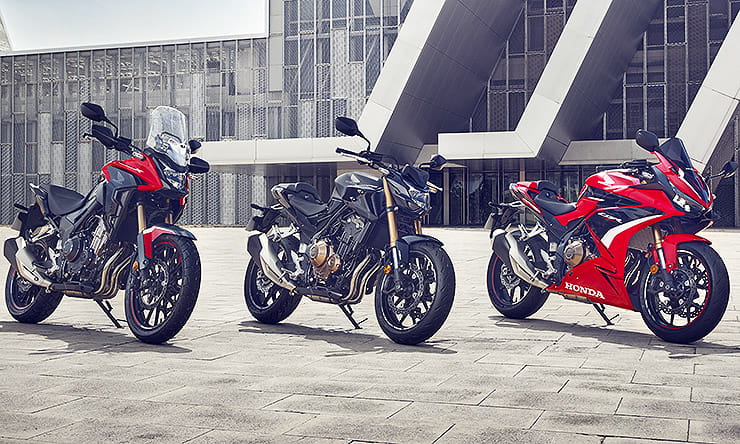 Honda hasn’t made any significant changes to its A2-legal CB500 range since the line-up was restyled in 2019 and while the looks remain unchanged in 2022 there are big changes to the suspension and brakes that promise a significant improvement to the riding experience.

Given that the full-faired CBR500R, the naked CB500F and the adventure-style CB500X all share the majority of the same components under the skin, it’s no surprise that most of the updates are applied to all three machines. 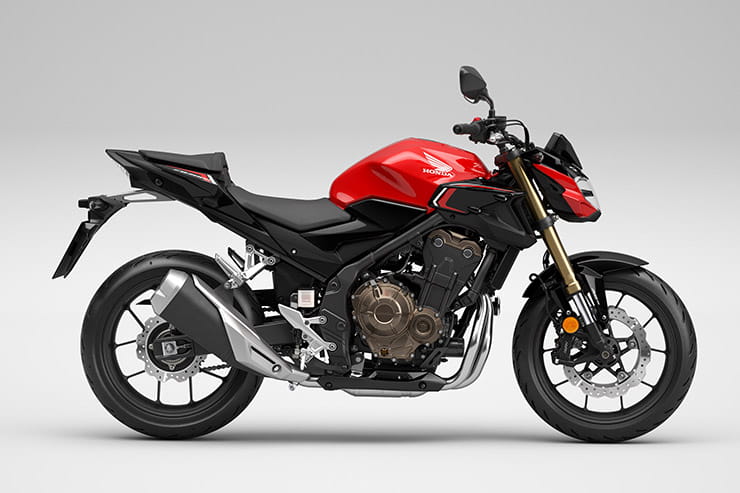 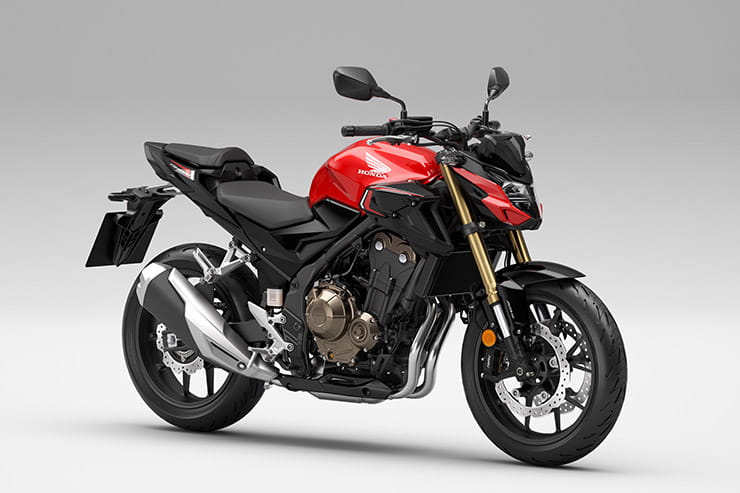 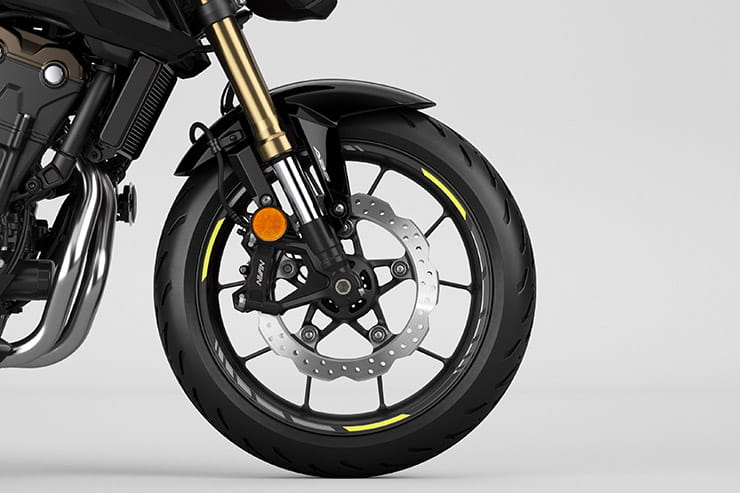 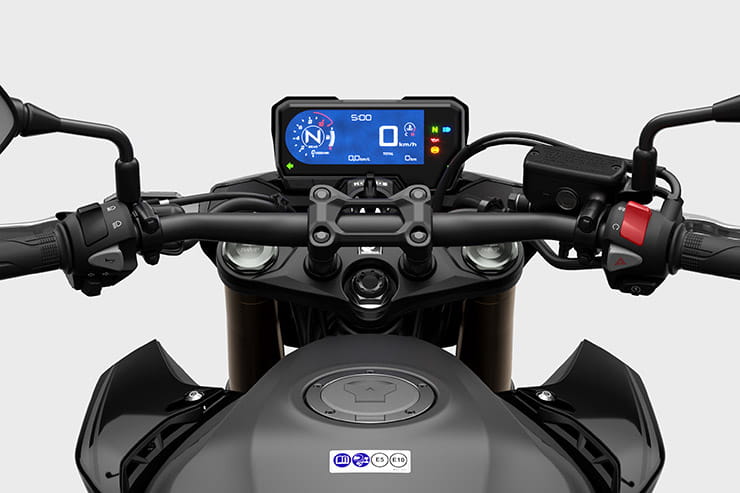 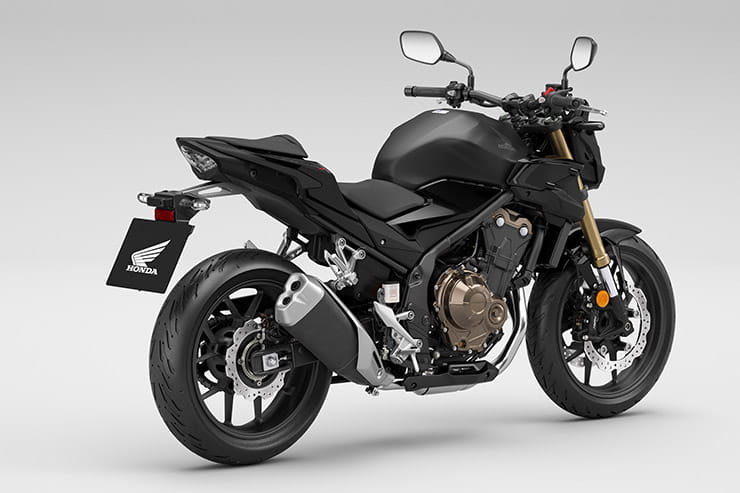 The basic ingredients of a 471cc parallel twin engine and tubular steel chassis are carried over from the previous CB500 range. The engine, which was updated in 2019 and didn’t need any revisions to meet last year’s new Euro 5 emissions limits, still makes the same 47hp peak power – right on the A2 licence limit – and 43Nm of torque, but Honda says the 2022 bikes have revised settings to improve ‘feel and character’ without changing the performance.

The frame, made of 35mm-diameter steel tube, is unaltered, and you’ll struggle to spot styling changes between the 2021 and 2022 models, but the suspension changes are huge, with all three CB500 variants gaining 41mm upside-down forks instead of the old right-way-up units. They’re Showa’s Separate Function Fork Big Piston (SFF-BP) units, similar to the ones that the bigger CB650R and CBR650R use, with damping in one leg and the spring in the other, and while the only adjustment is for preload, they should still represent a vast improvement on one of the weakest areas of the previous CB500.

The rear suspension’s single shock also has revised damping settings, but more significantly the swingarm is new. It’s made of thinner 2mm steel, down from 2.3mm, to save weight and add a touch of lateral flex that’s claimed to improve handling. Despite the added sideways flex, the new design has more torsional strength than before to resist twisting forces. 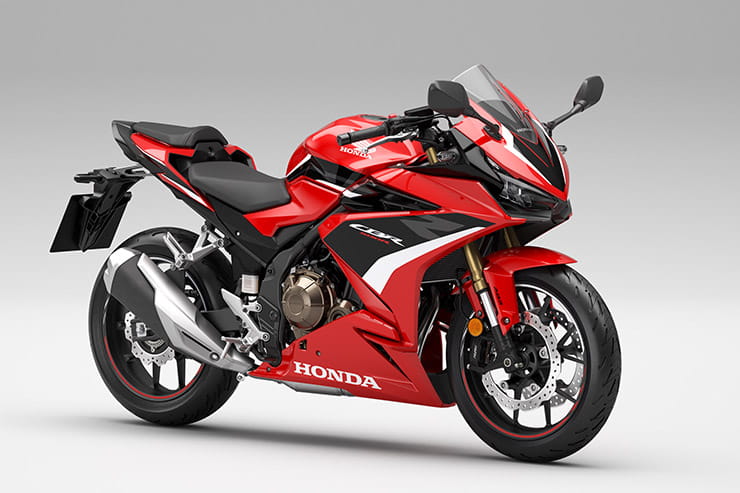 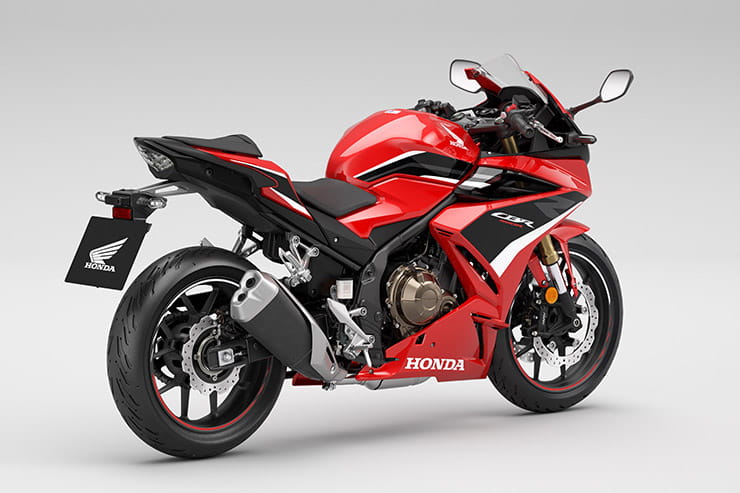 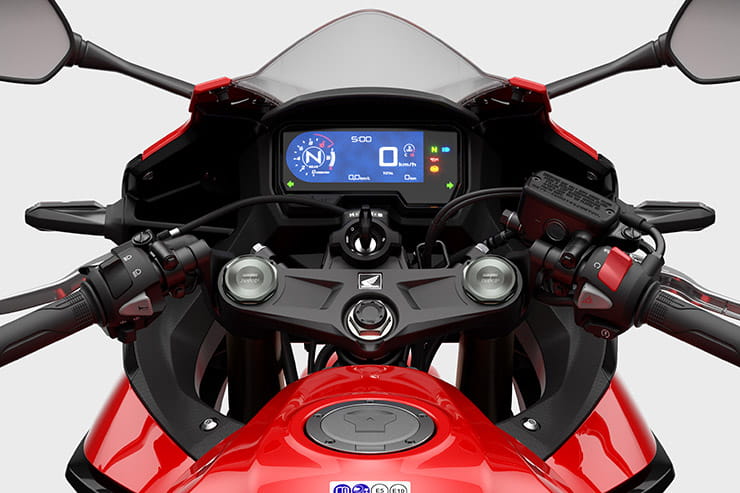 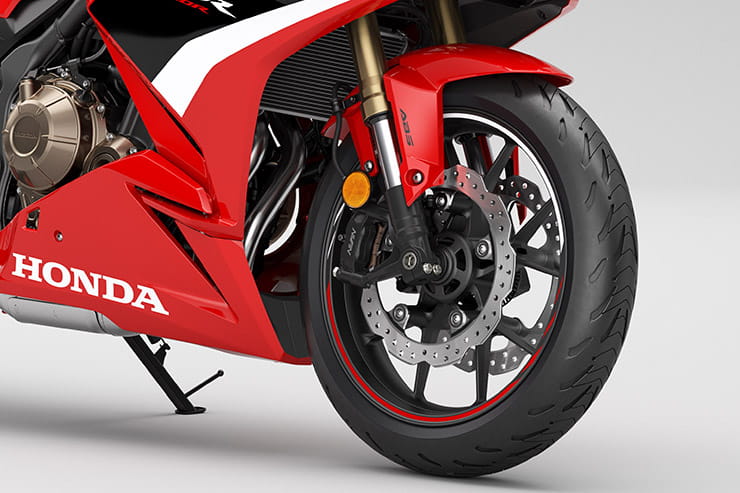 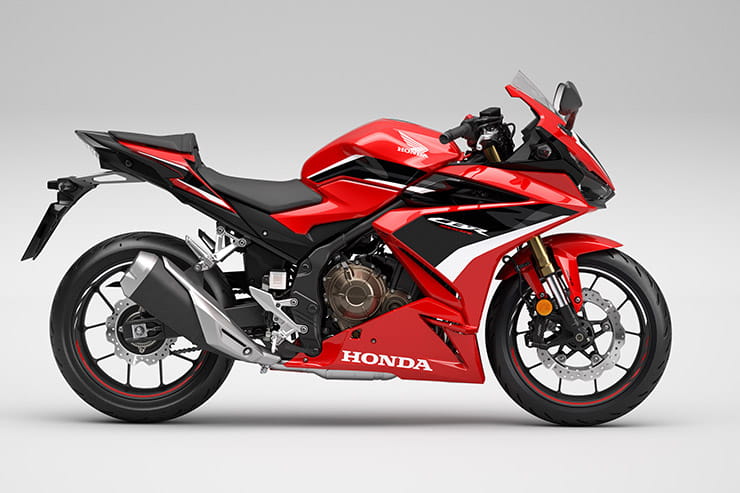 The new front end doesn’t stop at the forks, as all three CB500 models finally get twin front discs for 2022, replacing the old single-disc setup.

On the CB500F and CBR500R, the discs are 296mm in diameter, gripped by new radial-mount two-piston Nissin calipers, replacing the single 320mm disc and two-pot axial-mount caliper of the previous models. The CB500X gets a similar pair of 296mm discs, replacing the previous model’s 310mm rotor, but sticks with axial-mount two-pot Nissins rather than switching to radials. It still has twice as many, though, so brake performance should be much improved.

Twin front brakes mean all three bikes need new wheels – the CB500F and CBR500R use 17in rims front and rear, both lighter than the previous units, while the CB500X gets a new, lighter, 19in front wheel. All three models also get new, lighter radiators than before. 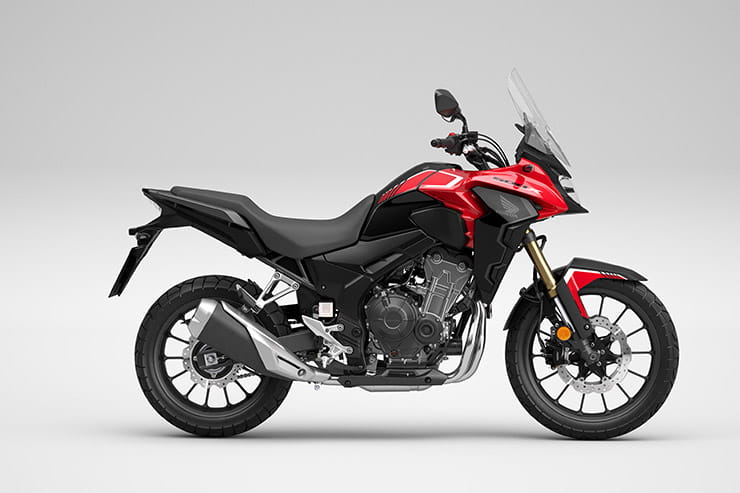 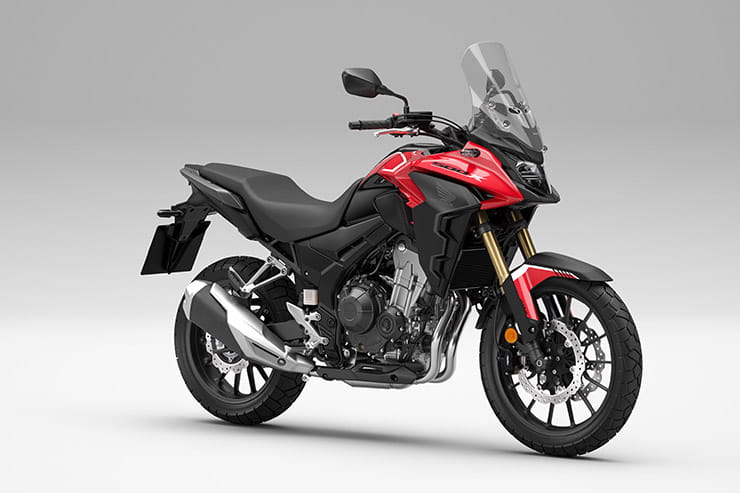 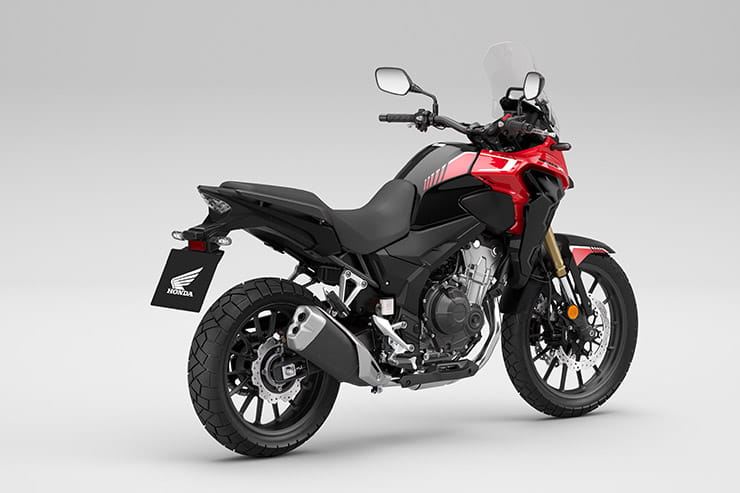 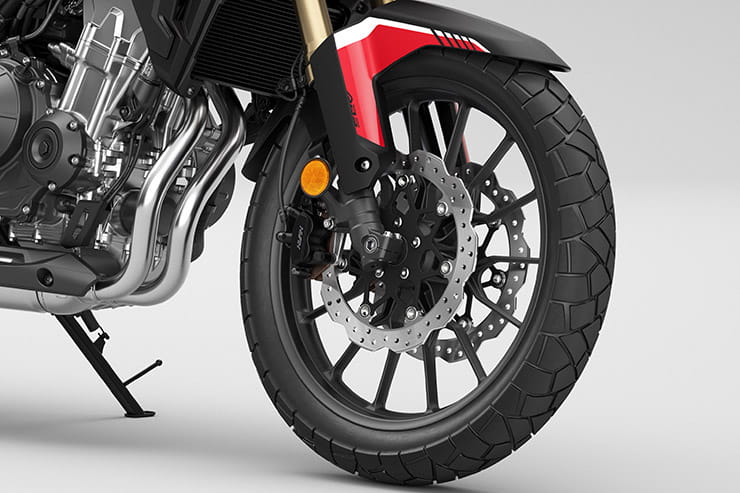 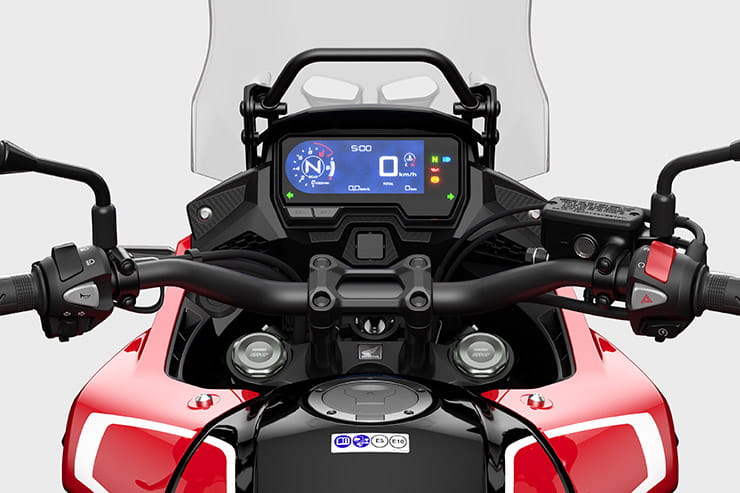 On the CB500F, the lighter wheels, swingarm and radiator – assisted by new foot pegs that lose the old bike’s rubber grips to save a few more grammes – offset the extra weight of the USD forks and dual discs, resulting in an unchanged kerb weight of 189kg. However, the weight distribution is improved, with more mass over the front of the bike to give a near 50-50 weight distribution (49.7% front, 50.3% rear, where the old model was 46.8%/53.2%). 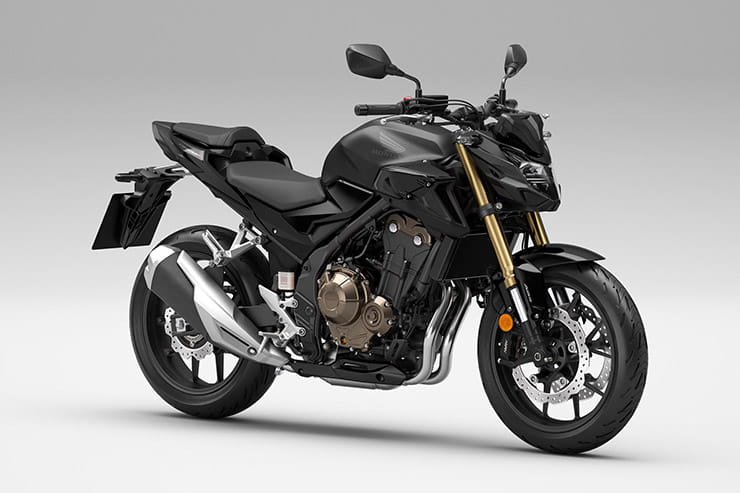 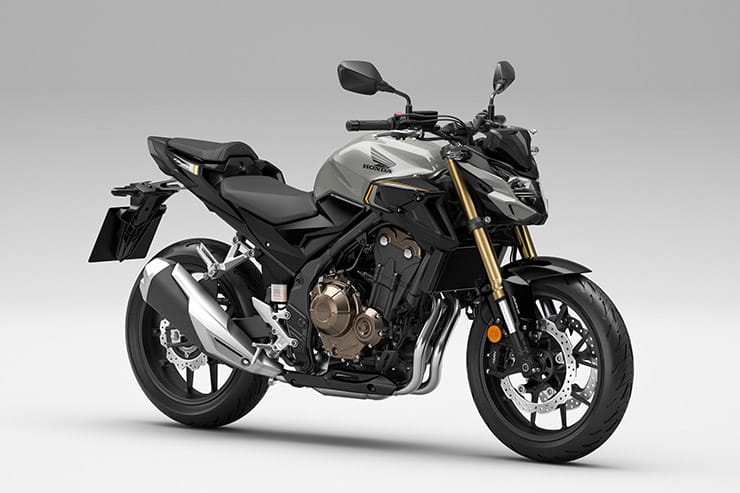 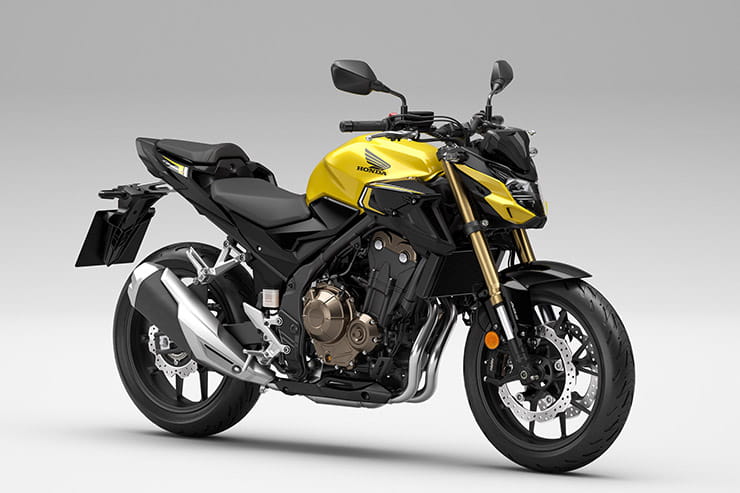 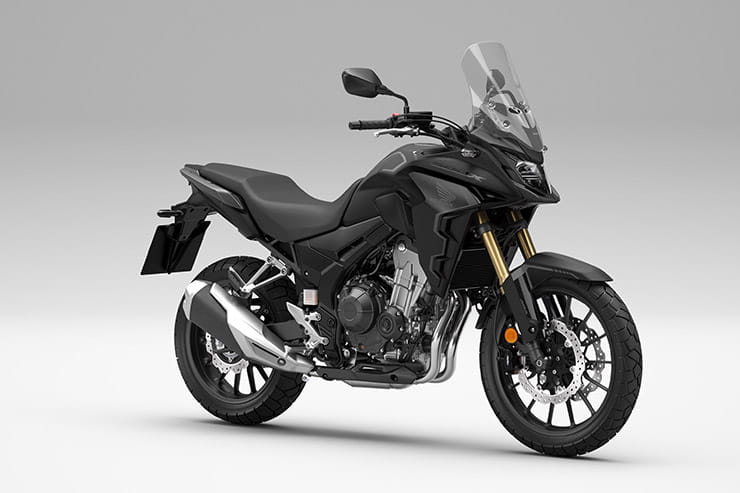 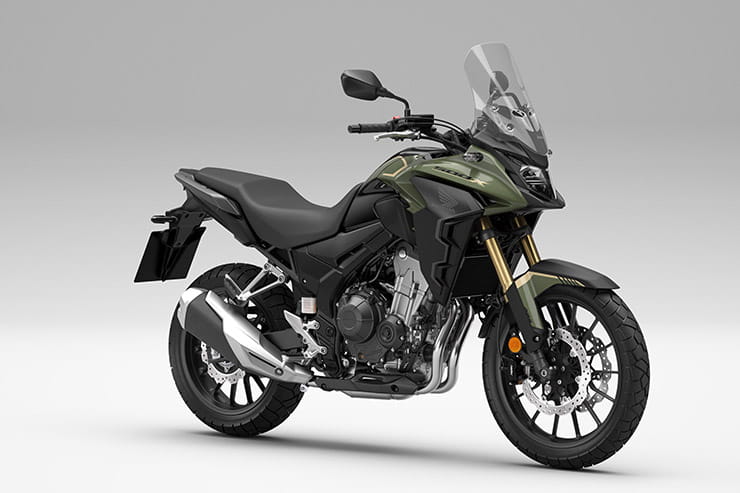 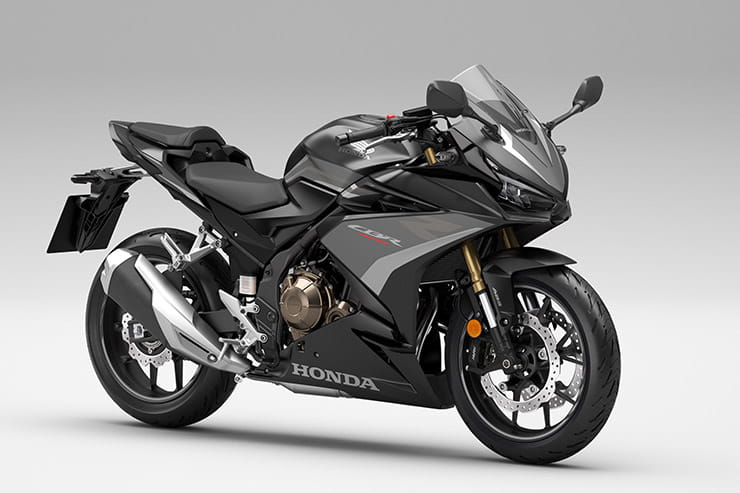 When it comes to visuals, the forks and brakes are the easiest giveaway to spot the new 2022 models, but there are other tweaks. All three bikes get new front mudguards – the CB500F and CBR500R’s are borrowed from the CB650R and CBR650R, while the CB500X’s is a new design that shares its angular style with the Africa Twin – to suit the upside-down forks. Above that, all the CB500 models get improved, brighter LED headlights, with the CBR500R’s coming straight from the CBR650R.

Whatever colour you pick, the addition of that new suspension and the upgraded brakes for 2022 promises to make the new models significantly better than their forebears. 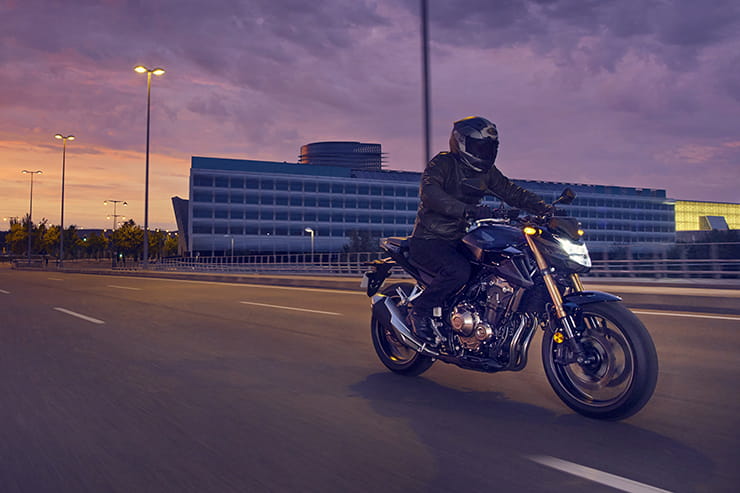 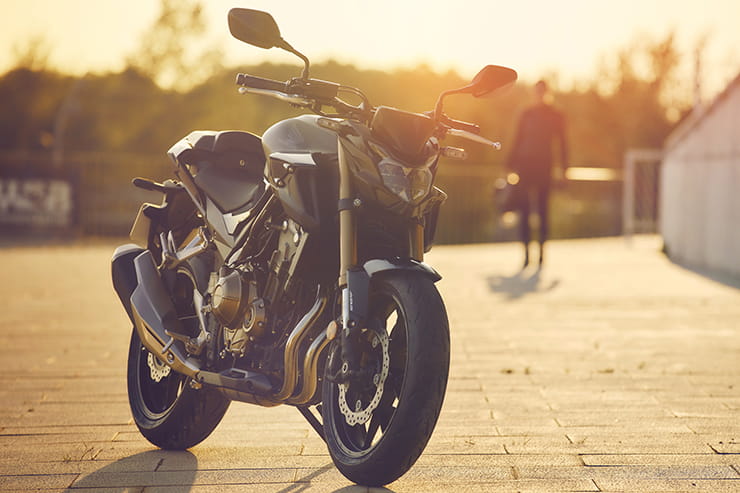 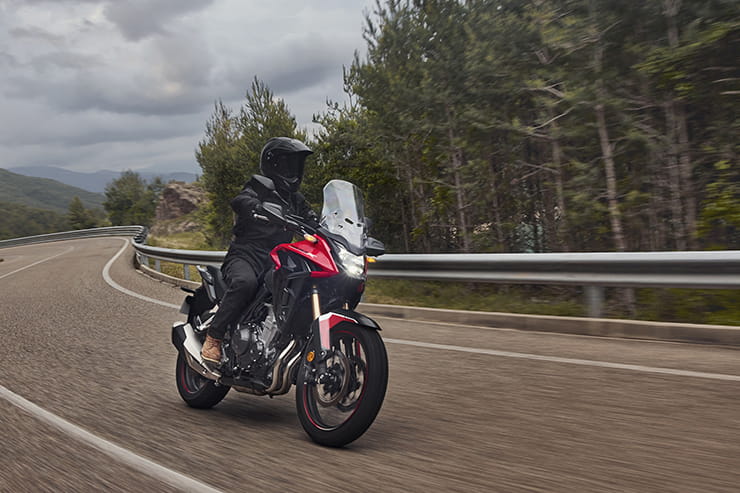 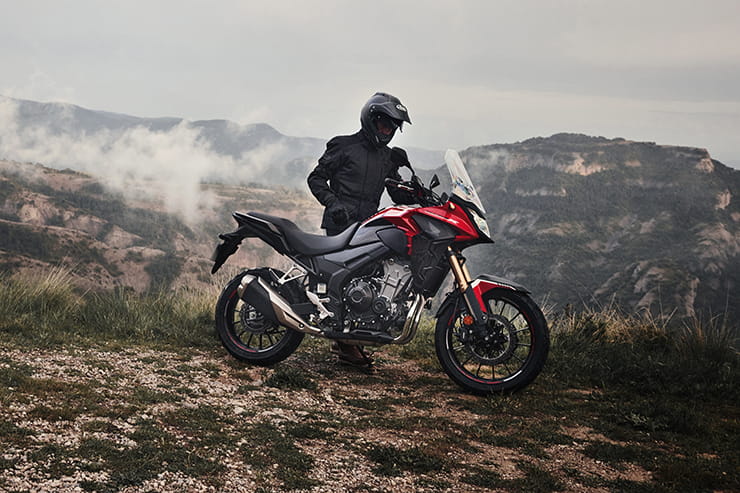 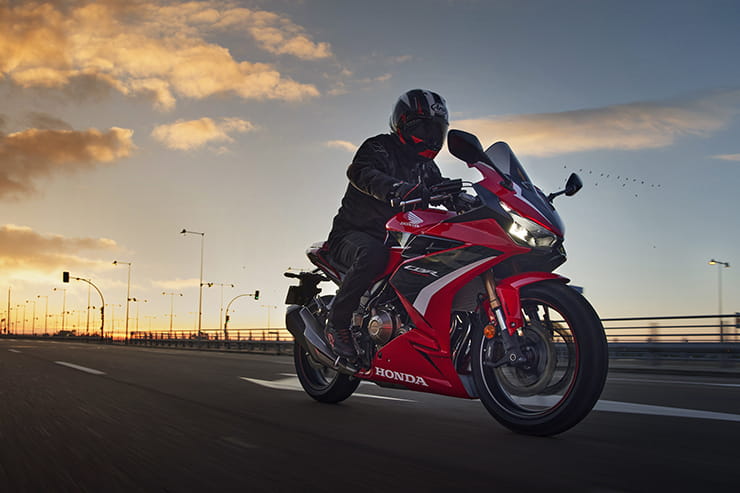