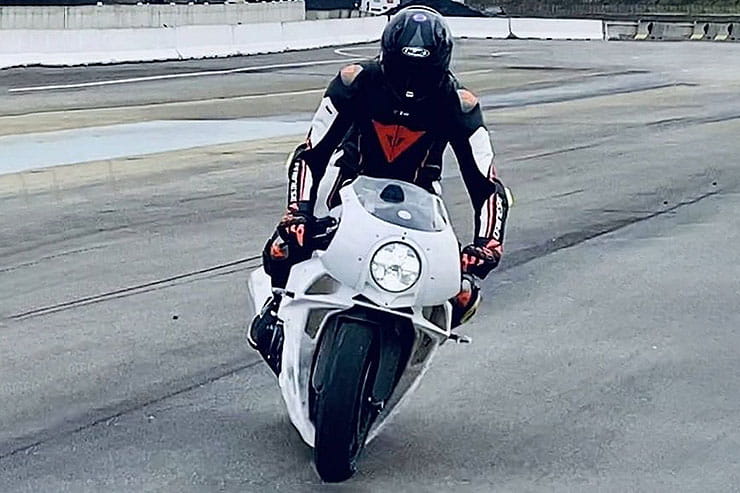 Bimota was founded on the idea of plucking the best Japanese engines from disappointing frames and transplanting them into a lighter, better-handling chassis. And with the KB4 the firm is returning to that idea.

The KB4 is the second machine to emerge from Bimota’s current management, with the company largely owned by Kawasaki. We’ve already seen the Tesi H2, combining Bimota’s radical hub-steered frame idea with the supercharged four-cylinder from Kawasaki’s H2 superbike, but the KB4 marks a return to traditional naming and a recipe that’s much closer the company’s original business plan.

KB stands for ‘Kawasaki Bimota’ – the firm has previously made HB (Honda), YB (Yamaha), SB (Suzuki), DB (Ducati) and even BB (BMW) machines, but with Kawasaki now owning a large slice of the brand, KBs are likely to be all we see going into the foreseeable future. The ‘4’ marks the fact it’s simply the fourth ‘KB’ model – the KB1 came in 1978, based on the then-current Z1000’s 1015cc engine, and the KB4 clearly harks back to that bike’s styling. 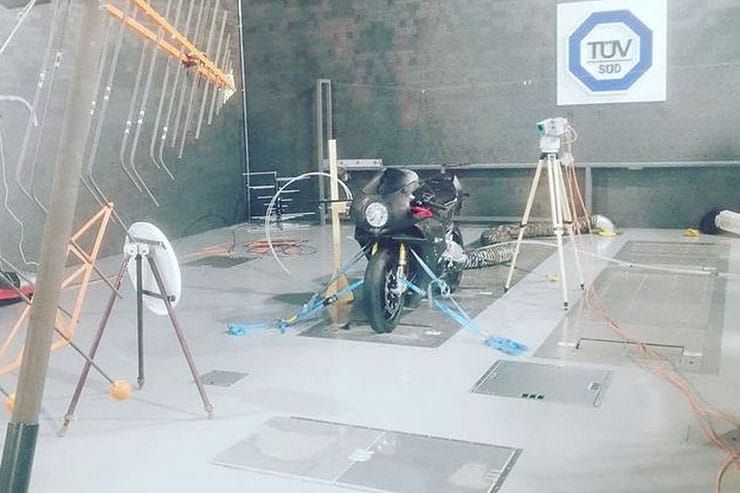 Ever since Bimota announced the project we’ve know that the Ninja 1000SX’s 1043cc four-cylinder would be its basis, and now the company has filed type-approval paperwork that confirms it.

Although the documents show that the Bimota gets its own dedicated exhaust system, there’s no attempt to increase power or torque, so the KB4 won’t be out to rival the latest 200hp-plus superbikes. Instead, it makes do with the stock Kawasaki’s 140hp at 10,000rpm and 82lbft at 8000rpm. Those numbers would have been superbike-worthy a few years ago but seem tame these days – even some adventure bikes can match them – but Bimota’s magic has traditionally come from the chassis, and the KB4 promises to be no exception.

The bike uses a tubular steel front frame section, allied to an alloy swingarm pivot part and a carbon fibre seat subframe, and it’s vastly lighter than the Ninja 1000SX it borrows the engine from. The latest documents show that the Bimota’s type-approved weight, complete with a tank of fuel, is just 194kg. That’s a full 41kg lighter than the Ninja 1000SX in the same condition. 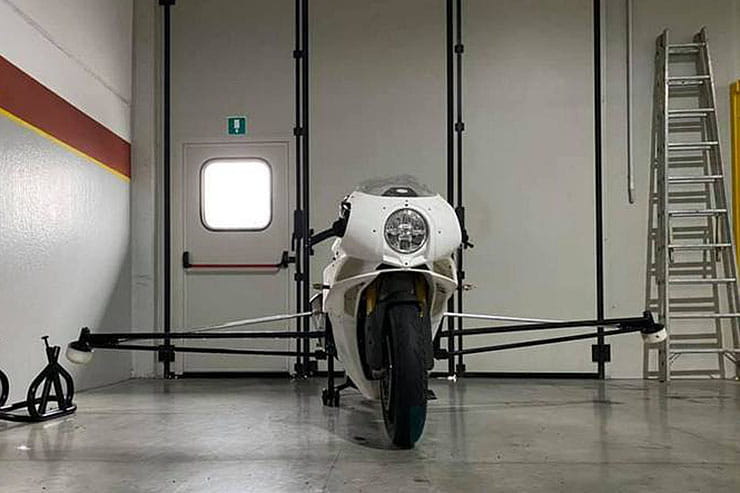 The gearing remains the same as the Kawasaki’s leading to an identical 155mph top speed, but the Bimota is sure to get there much faster. And in corners its dimensions suggest it will demolish the heavier Kawasaki – not to mention plenty of more powerful superbikes.

The paperwork shows a wheelbase of just 1390mm, down from the Ninja’s 1440mm, along with a 50mm reduction in overall length and the same reduction of width.

What’s intriguing is the way Bimota has achieved the shorter wheelbase, as images of the bike – released by Bimota during the test process – appear to show the engine sits further forward than it does in the Ninja. Combined with the large air intakes on either side of the fairing and what appears to be carbon fibre ducting running from them to the bike’s tail unit, the implication is that the radiator has been moved from its normal spot between the engine and front wheel to a new position under the seat.

That means the engine can be moved closer to the front wheel, allowing a more forward-biased weight distribution, and the bike can keep a desirably long swingarm while simultaneously reducing the wheelbase and steepening the steering head angle.

Although the under-seat radiator has yet to be confirmed, it’s notable that while releasing images of the bike undergoing tests, Bimota hasn’t given a clear view of the rear end, where the radiator would be visible if it’s mounted under the seat.

The evidence for the under-seat rad grows further when looking at the unusually chunky rear hugger, which would be needed with an under-seat rad to ensure muck and stones aren’t thrown into the radiator’s fragile fins. On some bikes – notably the Benelli Tornado, which was the last superbike to use an under-seat radiator – this problem is countered by using exhaust ducting from the radiator, but Bimota doesn’t appear to take this route, perhaps because it would make the seat unit larger. 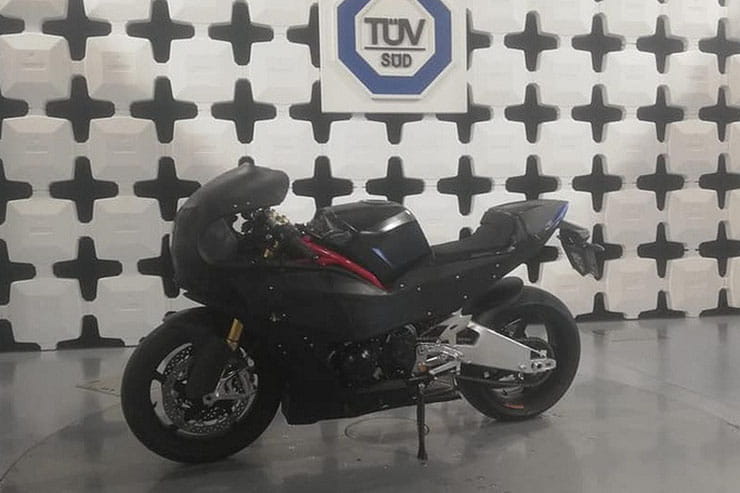 Layout aside, the Bimota’s components are conventionally high-end, with Brembo monoblock brakes and Öhlins suspension, while the type-approval confirms superbike-sized wheels and tyres, with a 120/70-ZR17 front and 190/50-ZR17 rear.

With type-approval achieved for the Bimota as a 2022 model, the final version of the bike is sure to be unveiled soon – probably at the EICMA show in November.

Bimota’s pricing strategy for the bike will be intriguing. Although it’s clearly aimed at the high-end market, the decision to equip it with a 140hp engine rather than opting for the ZX-10R’s 200hp unit or even the supercharged H2 motor suggests the KB4 is aimed at a market below that for the most exotic superbikes. We wouldn’t expect it to be cheap, but there’s a chance it could be an attainable machine rather than an out-and-out exotic. 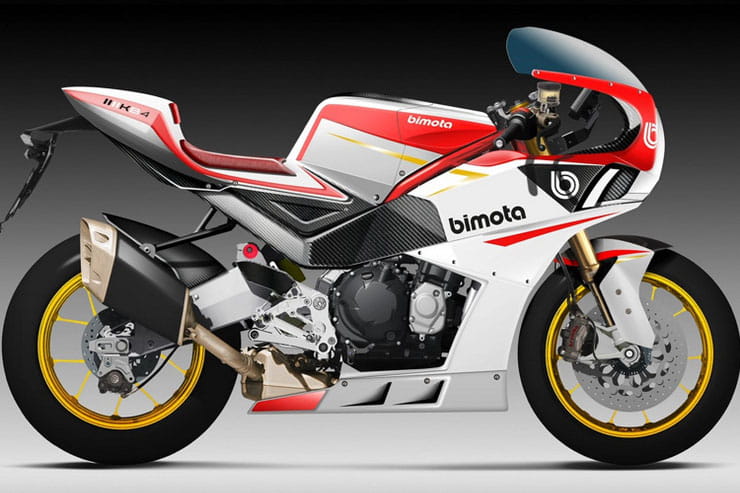