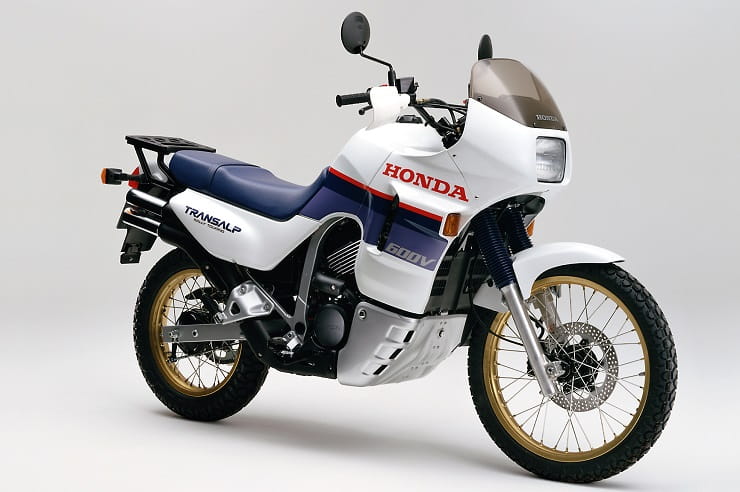 Rumours of a revival of Honda’s Transalp have been rife ever since the firm reinvented the Africa Twin and we’re starting to see some hard evidence to back-up the idea that the bike will be launched soon.

The latest info from Japan suggests that the next-gen Transalp will get a new 755cc parallel twin engine, placing it firmly in the same part of the market as Yamaha’s Tenere 700, and that it will go under the title XL750L. It’s likely to be a much more serious off-road machine than the firm’s road-oriented, low-powered NC750X; lighter, more powerful, and with wire wheels and long-travel suspension. The engine is not believed to be related to the NC750’s 745cc twin, instead using a design more like that of the Africa Twin.

Whether those details prove correct or not, there’s no doubt that Honda has the Transalp at the forefront of its mind at the moment. In February and March this year the firm applied for trademark rights on the name ‘Transalp’, specifically to use on motorcycles, in a vast number of countries. With a bit of digging, we’ve found applications in the USA, Japan, Australia, New Zealand, Thailand, Singapore, Brazil, China, India, Indonesia, Malaysia, the Philippines, Russia, Turkey, Vietnam and South Korea, all filed within a period of a few weeks. It’s by far the most widespread motorcycle-related trademark action that Honda has taken this year, and if you’re wondering why the UK and Europe aren’t among those applications, Honda already owns the rights to the Transalp trademark in both territories. 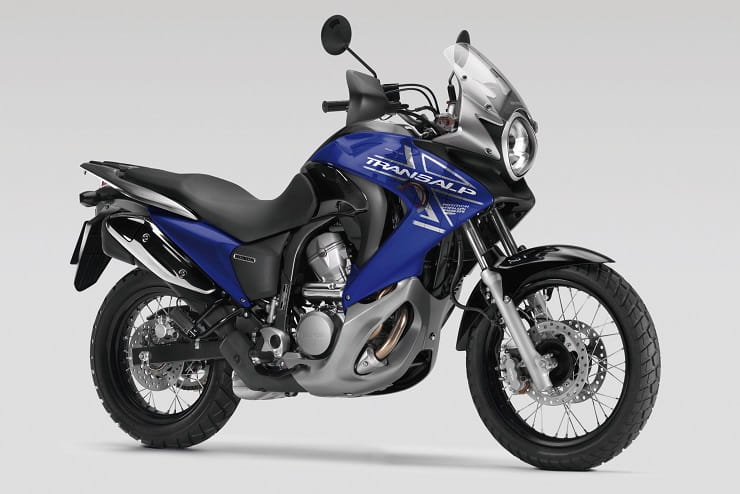 The other significant trademark application action that Honda has taken this year may also be connected to the same project, as the firm has aimed to get new rights over the name ‘Hornet’ in several countries. Again, the title revives a name that hasn’t been used for a while, and the trademarks are specifically intended for use on motorcycles. Applications have appeared in Japan, Singapore, New Zealand, Russia, Thailand and Brazil, and again the firm already has rights to use the name Hornet in the UK and EU.

Why is it connected to the Transalp? Because rumours in Japan suggest the same parallel twin that’s destined for the Transalp will also appear in a ‘CB750’ street bike. While that’s a name that has a powerful history of its own, the resulting machine isn’t expected to be an overtly retro model, so the Hornet title might well be better suited to it.

Whether the Transalp and Hornet models will be ready for next year remains to be seen, but Honda’s other trademark activity at around the same time included an application for the name ‘NT1100’. That bike is now confirmed to be part of the company’s 2022 model range, with type-approval documents appearing in Europe showing it’s an Africa Twin powered street bike, just as we predicted back in February. The Transalp and Hornet may not be far behind it.