Oxfordshire Council does a welcome about turn on motorcycling 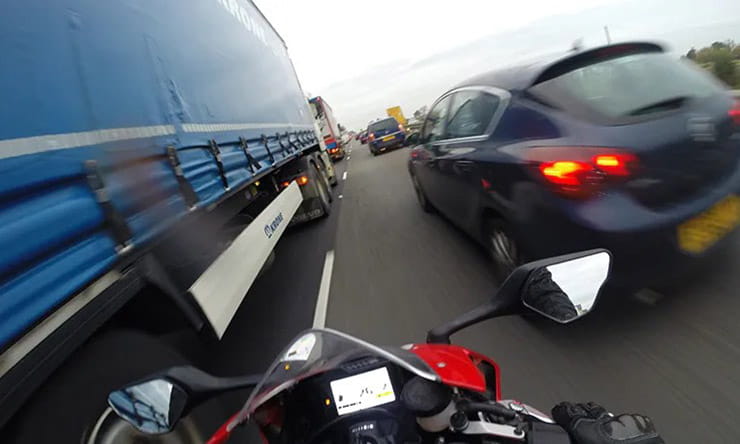 If that doesn’t seem unusual to you, think back 18 months when the Oxfordshire’s initial engagement survey on the matter described motorcyclists as ‘a danger to themselves’ and quoted data and accident statistics that were, in some cases almost 40 years old.

Thankfully for motorcycling the Motorcycle Action Group (MAG) and a local councillor, John Broad rolled up their sleeves mobilised their supporters (including many BikeSocial users we hope after we highlighted the story) and the new consultation document, signed off on October 12th 2021, takes a very different view.

The full draft LTCP5 document can be seen here.

The LTCP5 consultation will commence in November 2021 and the key wording of the draft plan is as follows:

Policy 1 – Oxfordshire County Council will develop, assess and prioritise transport schemes and policies according to the following transport user hierarchy:

In line with our transport user hierarchy, motorcycle parking should be considered ahead of private car parking.

Councillor Broad said, “From what I have seen so far, I would say that our representations - and likely those of fellow motorcyclists - sent in response to those earlier appalling documents, have had quite an influence on this latest draft.”

Colin Brown, MAG’s Director of Campaigns & Political Engagement added, “John is too humble in his assessment of the impact he has made. This is a shining example of how calm and consistent lobbying wins. To have reached the point where the plan accepts the benefits of motorcycling is an enormous achievement. Placing motorcycles above other forms of private motorised transport is truly progressive for any transport plan. The campaign is far from over, however. First, the draft plan needs to pass through the consultation stage and be adopted. The hard work then really starts. Next we must ensure that the plan actually delivers results. Changes in the real world are what riders seek. We will do all we can to ensure that the plan is more than just warm words.”

BikeSocial should add that Councillor broad isn’t the only one being humble. The work done by MAG on this and many other unsung projects up and down the UK is staggering and we, as riders owe them a massive debt of gratitude.

It makes me proud to be a member. Or at least it did till I realised that my membership had lapsed six weeks ago. That’s fixed now. If you’ve occasionally thought about joining MAG but never-quite-done it, then take the plunge now. MAG needs fighting funds to keep hard-working, clever people like Colin Brown fighting for our rights and an annual membership costs around 50p a week. The web address is www.mag-uk.org.