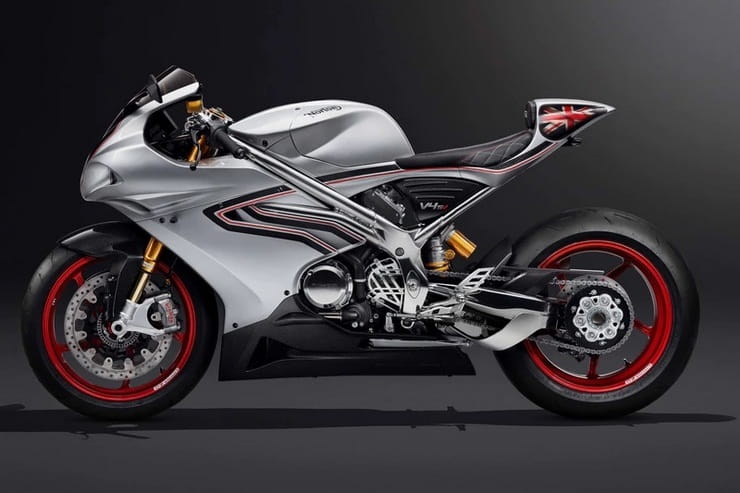 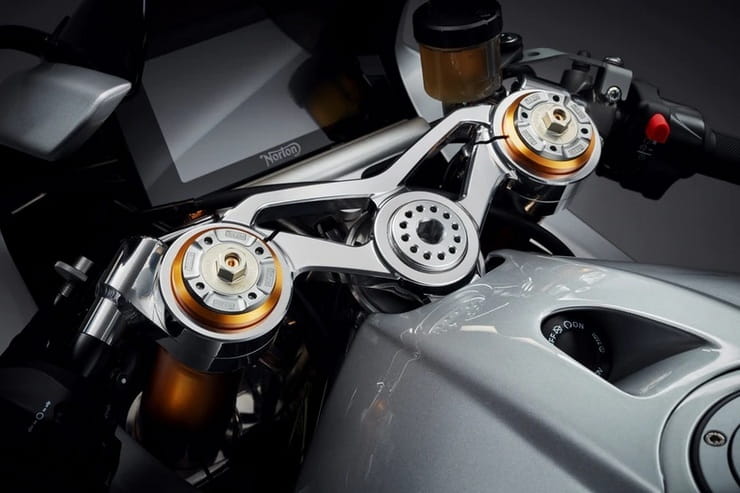 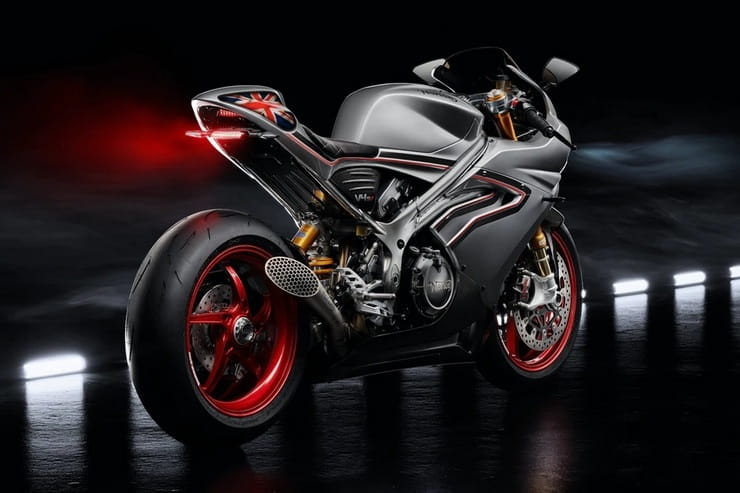 Norton has revealed the first pictures of its reborn V4 superbike – heavily revised since the company was bought out by TVS and now nearly ready to make its official comeback.

Now called the V4SV to distinguish it from the previous V4SS and V4RR models that were offered during Norton’s previous life, the bike might look much the same but it’s been completely reengineered to fix the myriad of problems that TVS discovered when it bought Norton’s mortal remains at the start of 2020.

When TVS investigated the problems owners were having with the original run of 1200cc V4 machines, the defect list ran to 35 items, 20 of them ‘safety critical’. Leaking fuel tanks and hoses, oil pipes that could spill onto the rear wheel, and internal problems that could cause the engine or gearbox to seize were just some of the issues found, and as a result, original plans to fix existing bikes were dropped. The new Norton company instead plans to offer existing owners a special deal on the revised machine when it’s ready, despite being under no legal obligation to do so (despite buying the Norton name and rights to many of the designs, the TVS-owned brand is a new entity rather than a direct continuation of the previous, Stuart Garner-owned version of Norton.) 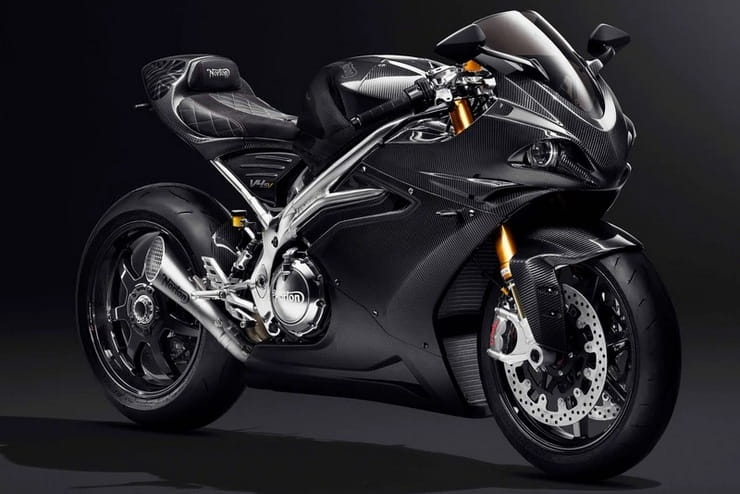 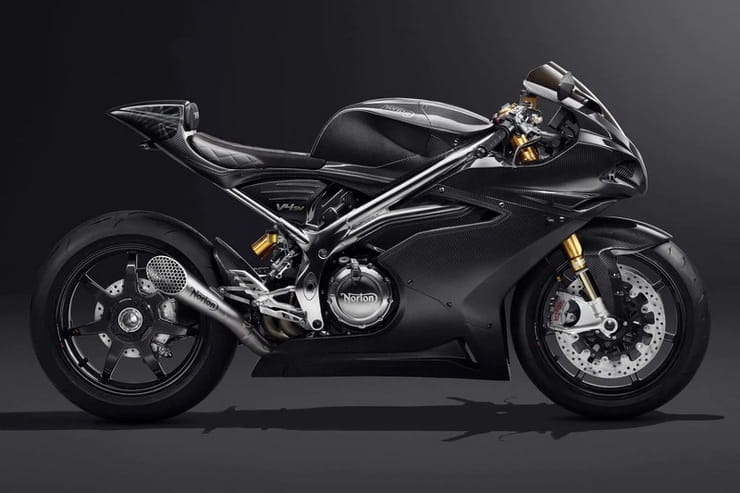 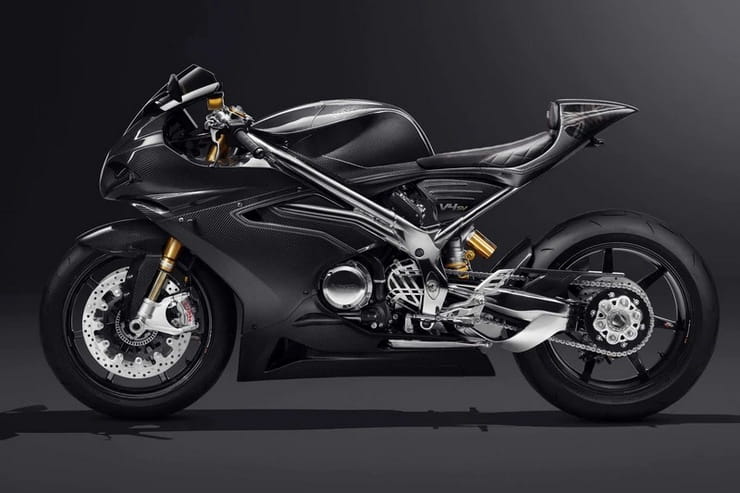 The firm hasn’t revealed complete details of the new V4SV yet, but the engine, while still a 1200cc V4, has been heavily revised to solve the problems originally experienced.

The company now says it’s good for 185bhp, which is 15hp down on the ‘200hp’ claims made for the previous iteration. The original version never underwent full production type-approval, meaning each machine sold underwent single-vehicle approval – a much laxer process aimed at special builders rather than mass manufacturers – and as such we’ve yet to see a Norton V4 that meets Euro 5 emissions limits, or fitted with an exhaust capable of achieving them.

The new pictures still show what appears to be a race exhaust, albeit a new, slash-cut design, but there are few other notable visual alterations. The handmade aluminium tube frame is the same design as before and the styling remains unchanged, although the silver paintwork with a black carbon bellypan is toned down when compared to the chrome finish of the old V4RR. The silver version is dubbed ‘Manx’, while there’s also a ‘Carbon’ version that looks like the original limited-edition V4SS model, including bare carbon bodywork and carbon BST wheels.

The Manx wheels are the same Oz Racing forged alloys that were used on the original V4RR, and the suspension specs are like the previous machines, with Ohlins NIX30 forks and a TTXGP shock, as are the Brembo radial brakes and 330mm discs.

Norton says it will provide more tech details about the bike ‘at a later date’, so at the moment we’re none the wiser as to when the V4SV will go on sale or how much it will cost. The original V4SS was £44,000, while the V4RR was £28,000. Hopefully, with the might of TVS behind the firm, the updated V4SV will be more affordable than either, but we’ll have to wait to find out for sure. 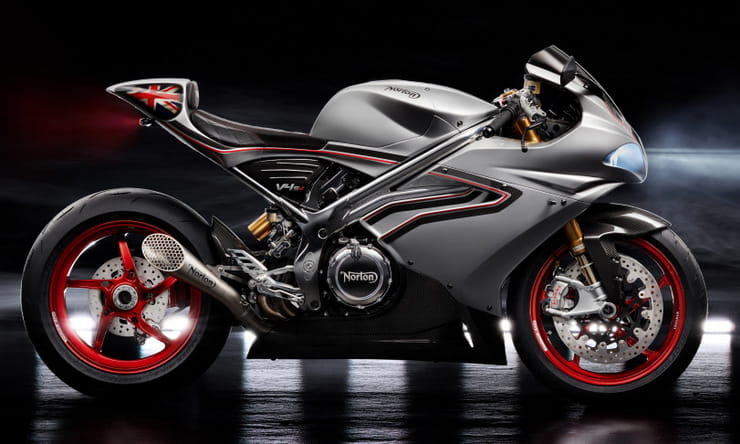 In terms of specs, there aren’t any big changes to the V4 engine. It’s still the same 72-degree unit, with an unchanged 13.6:1 compression ratio and chain-driven cams. As before, the inlet valves are titanium and there’s a slipper clutch, as well as two fuel injectors per cylinder.

The new peak power of 185hp comes at 12,500rpm, the same revs that the original version claimed to make 200hp at, while torque drops form 95.8lbft at 10,000rpm on the earlier V4 Although the chassis is the same TIG welded alloy design, the wheelbase is fractionally up from 1430mm to 1434mm – although given the headstock offers adjustable rake, that could be a setup change rather than anything more serious.

One big spec change is the weight. Where Norton used to claim 179kg (dry) for the V4RR, the new V4SV comes in at 193kg without fluids. While the firm doesn’t explain the change, the planned road-legal exhaust system (which isn’t shown in the initial photos) might well explain such an increase.