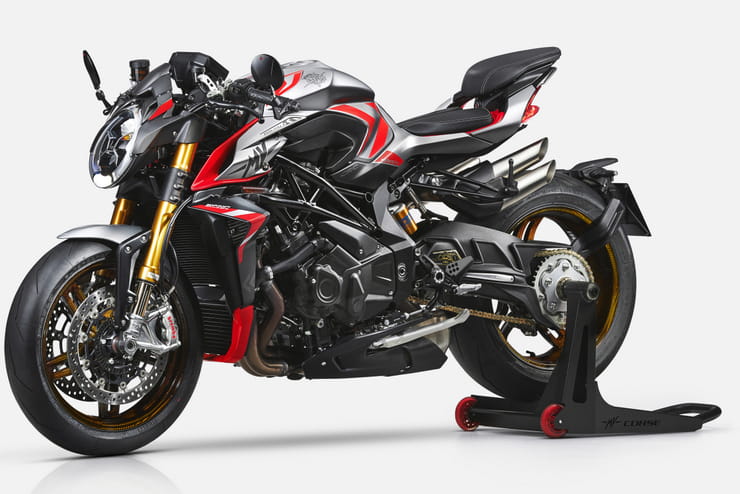 There appears to be a philosophy at MV Agusta that says however exotic and high-end a bike is, there’s always space for an even more extravagant limited-edition version to sit above it in the range. Enter the Brutale 1000 Nürburgring – a Brutale 1000 RR-based machine with official ties to the legendary German circuit. 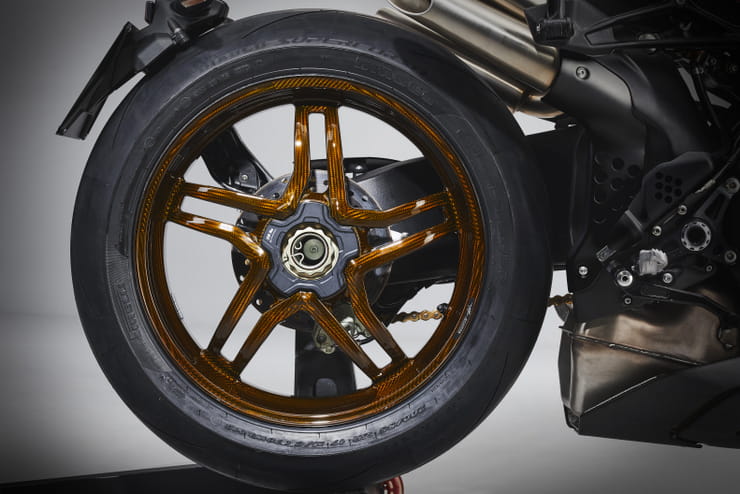 There’s no extra power from the four-cylinder engine, which is in the same Euro5-complient spec used in the normal Brutale 1000. Although with 208hp on tap in road trim and 215hp when the Nürburgring’s track-only race kit is fitted, it’s not crying out for more power.

The suspension – Öhlins electronically-controlled kit at both ends, with 43mm USD forks and a TTX rear shock – is also identical to the cheaper RR’s kit, and there’s no change to the part-steel, part alloy frame, either. However, the lighter wheels, developed with BST, promise to give the Nürburgring improvements to both performance and handling.

Although at 183kg dry, the Brutale Nürburgring is only 3kg lighter than the RR in road-legal trim, since most of that weight reduction comes from the wheels the benefits should be disproportionate. By reducing the inertial of rotating components, you get a greater improvement in acceleration than you would by taking weight from static parts of the bike, and the wheels’ reduced mass will also cut down on their gyroscopic effect, making it easier for the bike to change direction.

Wheels are part of the MV’s unsprung mass, too, so reducing their mass makes it easier for the suspension to cope with bumps, improving handling and traction. 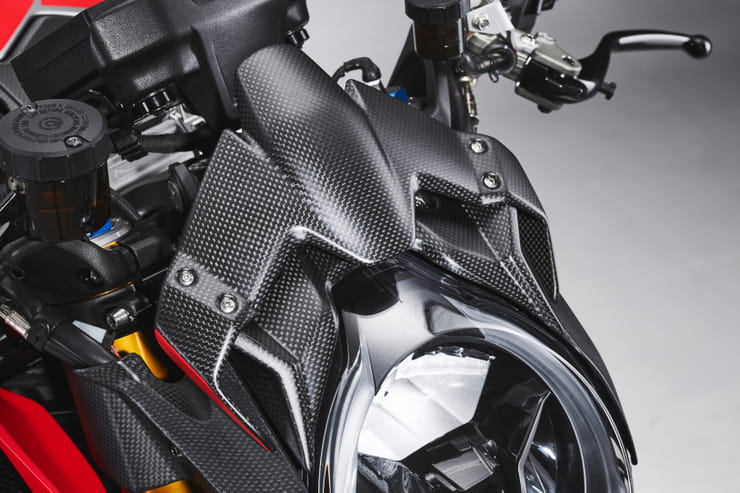 Elsewhere, the carbon extends to the pillion seat cover and the new front cowl above the headlight. The rest of the bodywork, including the airbox cover, fuel tank side panels and air intakes are already carbon on the RR, and remain the same on the Nürburgring.

The nose cowling itself is intriguing, as it’s actually made up of complex winglet that sits above the headlight. MV Agusta says that this aims to increase the downforce on the bike’s front end at speed, working alongside the winglets that are already present on either side of the bike. 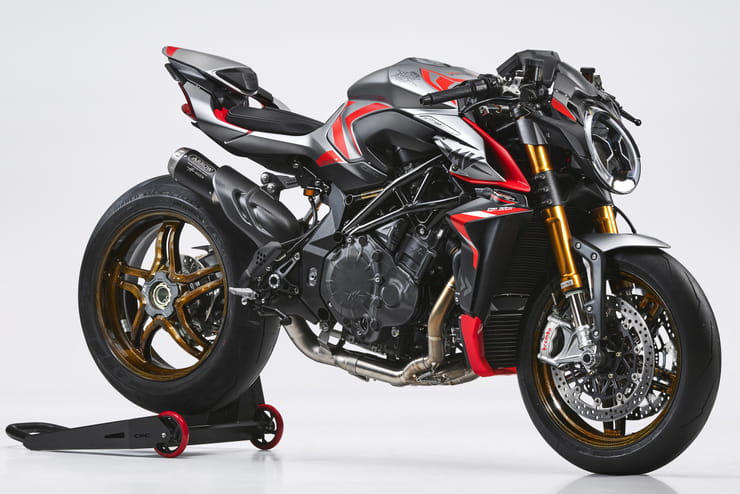 Although ostensibly a track-only set of parts, one of the main draws to the Brutale 1000 Nürburgring is the race kit that comes with it.

As well as the pillion seat cover, it includes a full titanium Arrow exhaust, with a carbon-fibre silencer cowl and a replacement ECU with a new map to suit the pipe. That exhaust, sans catalytic converters, doesn’t just boost power by 9bhp but slices another 6kg from the bike’s weight, bringing it down to 177kg dry.

Elsewhere, the Nürburgring limited edition stands out with a dedicated paint scheme, unusually including graphics to tell you the recommended tyre pressures on one front winglet and reminding you of the 208hp that the engine is capable of on the other. An additional sticker on either side includes the bike’s unique number from the run of 150. 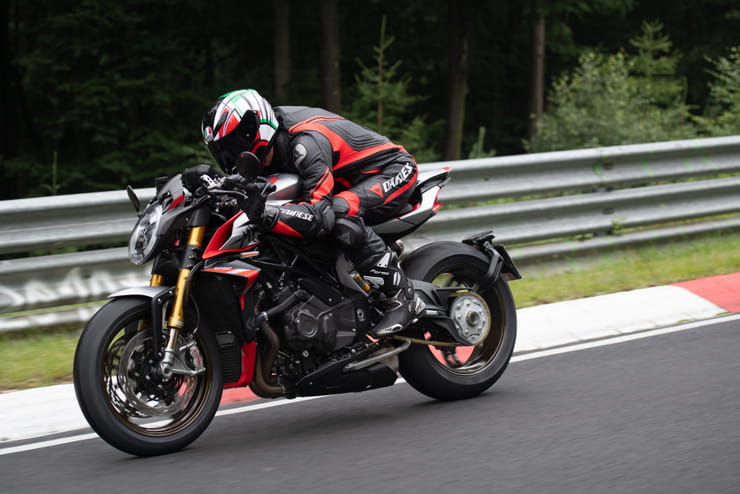