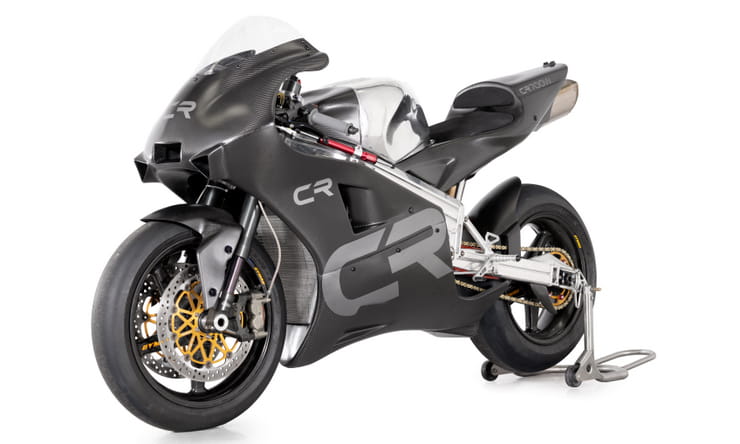 Crighton Motorcycles – founded by the engineer behind Norton’s rotary-powered racing successes in the 80s and 90s – has unveiled the CR700W as the most advanced Wankel-engined motorcycle ever seen.

Brian Crighton was behind the Norton RCW588 race project that ran from 1988 to 1994, as well as the NRV588 that revived the idea in 2009 under the banner of the reborn Norton brand. That later evolved further into the CR700P under the Crighton Motorcycles banner in 2013, and now the same thinking has created the CR700W.

Visually, the ties to the earlier bikes are instantly clear. The polished frame is made of the same style of grooved extruded aluminium beams as the Spondon-designed chassis of the original Norton RCW588, with a similar treatment for the swingarm, while the fairing shape – with two triangular intakes on the front and a distinctive concave curve under the belly, is just like the 2009 NRV588. Only at the back, where the CR700W sports a large, single exhaust can sprouting from the seat unit, does the styling depart from the previous machines and their side-mounted pipes. 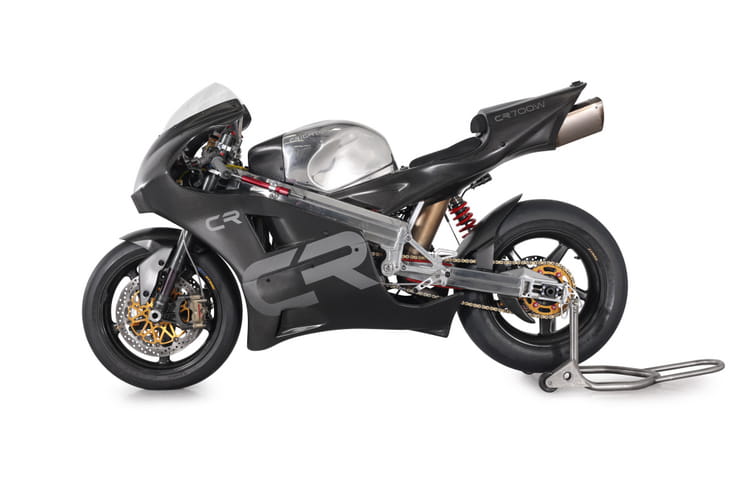 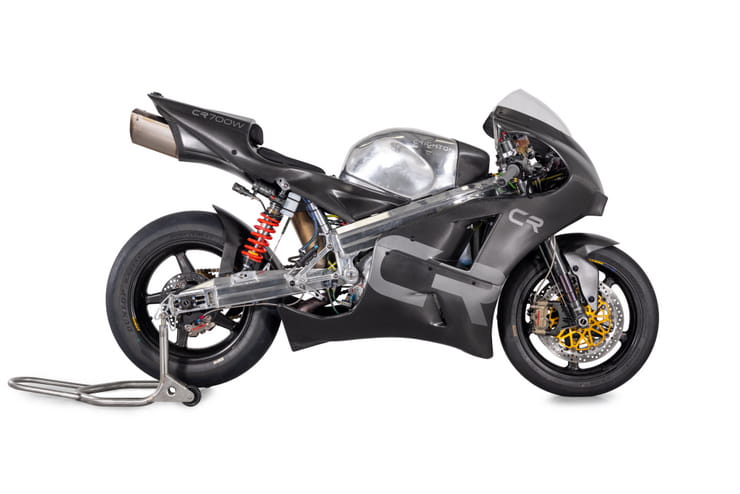 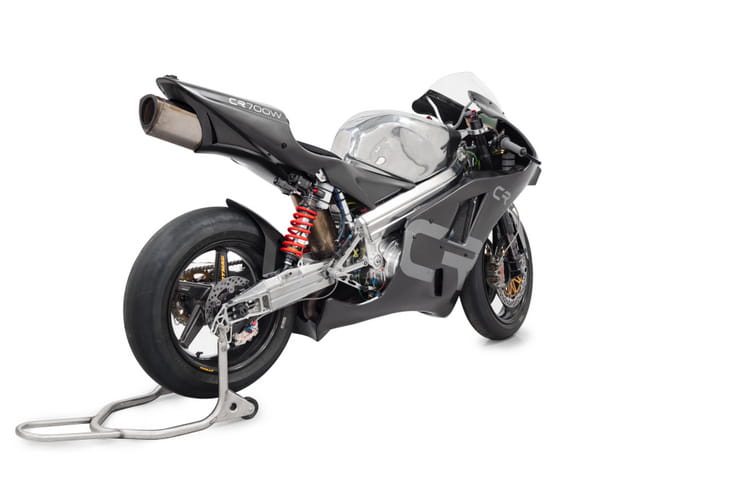 Power for the new machine comes from an evolution of the Wankel rotary design, now manufactured by Rotron, which makes rotary engines for aircraft, drones and marine use.

It’s a 690cc, twin-rotor design, making 220hp and 10,500rpm and an impressive 105lbft of torque at 9500rpm. It’s worth bearing in mind that you can’t directly compare the capacities of Wankel rotaries with conventional four-stroke piston engines, though. As each rotor completes an entire combustion cycle in one revolution, where each cylinder of a four-stroke needs two full turns to complete one cycle, they’re more akin to a two-stroke. That means a rotary is able to move twice as much air per revolution as a four-stroke does, so as a rule of thumb rotary capacities are usually doubled to get a rough equivalent in four-stroke terms.

However, a rotary is far smaller than even a two stroke of the same capacity, and has the advantage of having barely any moving parts. Crighton says the CR700W’s engine is just 34cm long and 24cm in diameter, weighing only 24kg, or 43kg including the six-speed, Nova Transmissions gearbox.

The problem of rotor tip sealing has been the bane of rotaries for years, and Crighton and Rotron’s solution is low-friction, two-piece silicone nitride ceramic apex seals, which are claimed to virtually eliminate wear.

Rotron Power’s CEO, Alex Head, said: “The CR700W is a unique motorcycling masterpiece and a true work of art, born out of Brian’s passion and genius when it comes to creating extraordinary engines and race bikes. It is more powerful per cc than any other normally aspirated engine in the world, with a greater power-to-weight ratio than the Aprilia RSV4, or even the supercharged Kawasaki H2R.

“The performance speaks for itself, yet despite the numbers it is far from a highly-stressed racing engine that needs rebuilding after every race weekend, and instead, thanks to its low-revving design, ultra-low friction materials and unique internal geometry, it is resoundingly robust and reliable, and will run a full season before requiring internal inspection. There are few machines as exclusive, with performance and uniqueness to match.” 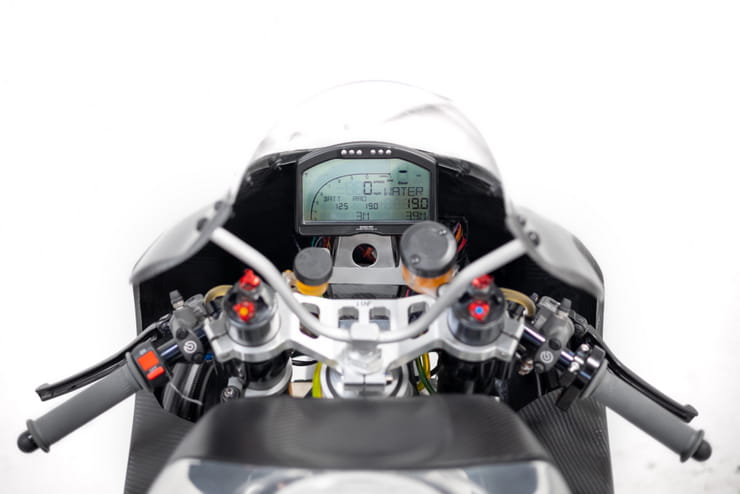 As a track bike, there’s no need for the CR700W to combat the Wankel engine’s other bugbear – emissions – so buyers can revel in a level of performance that would be hard to match using a four-stroke engine, and one that would be impossible to create in such a compact package.

How compact? Well, the CR700W is claimed to weight a mere 129.5kg dry, aided not only be the tiny power unit but also high-end components including carbon-fibre Dymag wheels. The name-brand parts continue with the Brembo brakes, while customers will be able to choose between Ohlins and Bitubo suspension parts, depending on their preference.

Crighton said: “In so many ways the CR700W is the culmination of my career’s achievements. Developed with my excellent lead engineer, Shamoon Qurashi, it encapsulates the absolute best of my engineering wisdom. And I believe the result is the ultimate track and racing motorcycle.”

His words are backed up by those of former British Superstock 600 champ Mason Law, who’s been test riding the CR700W. He said: “Riding the Crighton was a phenomenal experience. The raw speed of the motorcycle was mind-blowing. I felt like I was propelling down the runway of an aircraft carrier in an F-35 jet. This raw speed coupled with its lightweight means it has the power-to-weight ratio of a modern MotoGP bike with buckets of torque. It’s definitely smile-inducing.” 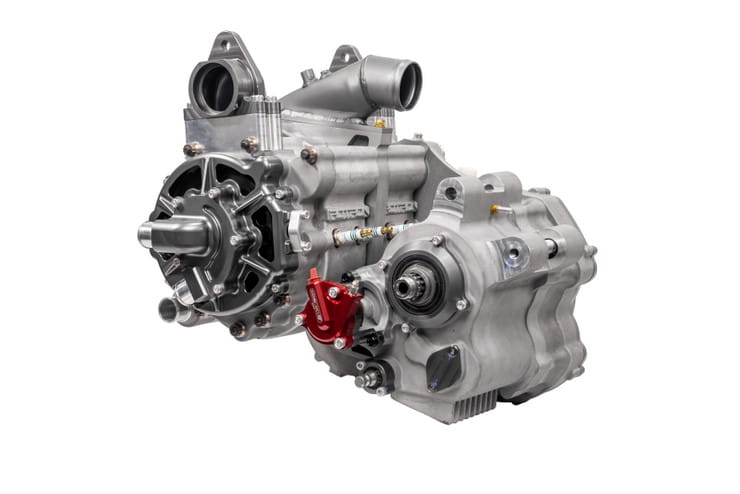 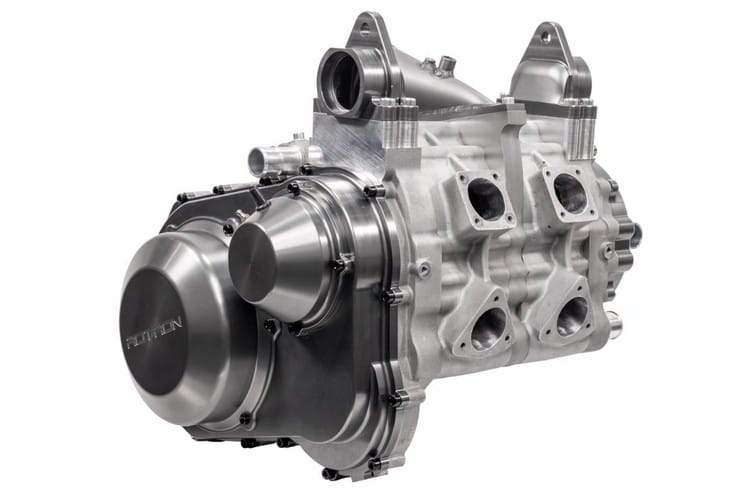 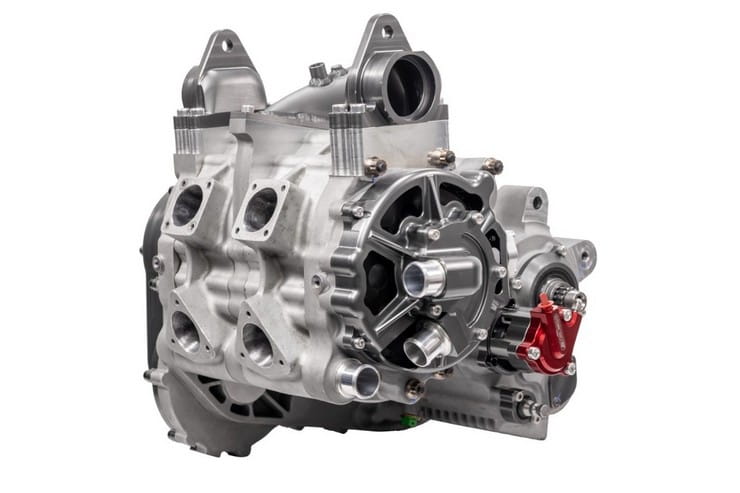