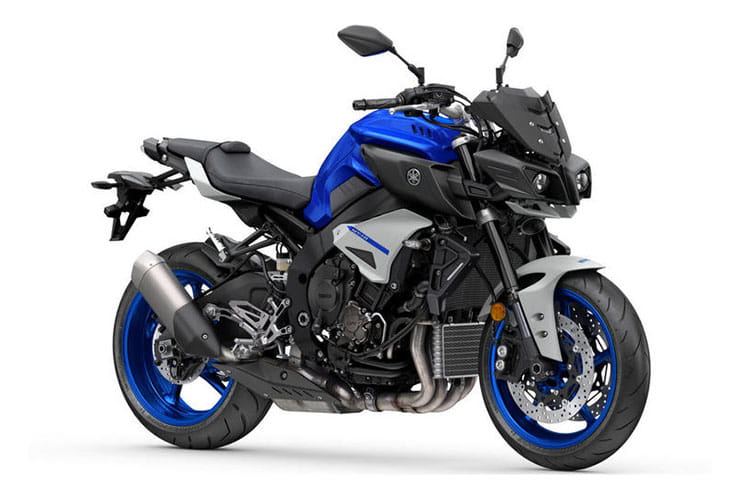 Look at Yamaha’s range of ‘MT’ naked bikes right now and the biggest of the lot – the R1-derived MT-10 – looks slightly out of place as it lacks the latest family look shared by its smaller siblings. Not for long, though, as the MT-10 is getting revamped for the 2022 model year.

Although we’ve yet to see pictures of the next-gen version, Yamaha has filed type-approval paperwork in the European Union that confirms details of the bike including its power, weight and physical dimensions, which all show changes compared to the current model.

As today, there will be two versions of the 2022 MT-10 – a mass-made base version and a higher-spec MT-10SP. As with the current model, the SP doesn’t get any additional power compared to the normal version, but it will feature higher-spec suspension, probably the same Öhlins electronically adjustable kit that’s used on the current model. 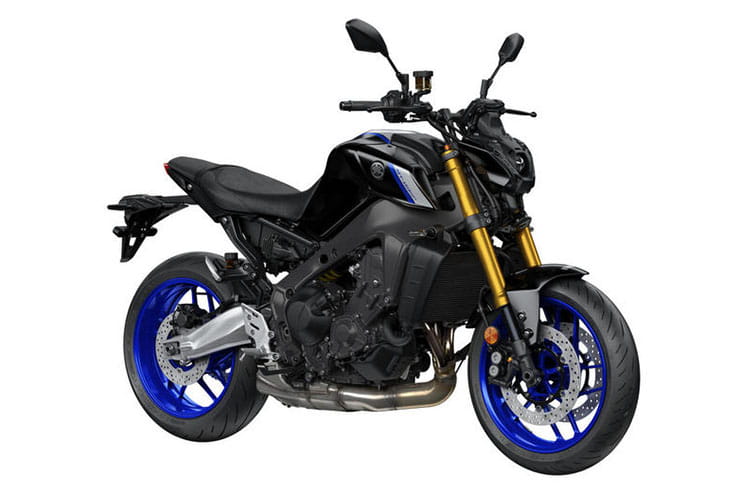 Both 2022 models get a revised version of the 998cc ‘CP4’ engine shared with the R1, which gains a new engine designation code for the new version, suggesting some internal changes. It also gains a revised exhaust system and silencers, and the result of the updates is a power hike from 118kW (158.2bhp) to 122kW (163.6bhp), with the peak coming at the same 11,500rpm as the current model. Torque rises, too, from 81.9lbft to 82.6lbft (112Nm instead of 111Nm), with the peak still coming at 9000rpm. Small changes, but positive ones nonetheless and probably an indication of improved power and torque curves as well as lower emissions.

As a result of the extra power, both the MT-10 and MT-10SP get a slightly higher top speed in 2022, up from 152mph to 155mph, which could also be a result of improved aerodynamics.

The styling is sure to be brought into line with the latest MT-09 and MT-07 models, which both have a single headlight flanked by LED strips instead of the twin-lamp arrangement of the MT-10, which hasn’t had a visual update since its launch more than five years ago. Changes are implied by the new dimensions of the 2022 model, which gains 5mm in its wheelbase – 1405mm instead of 1400mm – and overall length, which rises from 2095mm to 2100mm. More noticeably, the height increases from 1110mm to 1165mm, suggesting a new cowl and nose styling, while there will also be an optional version that’s 1245mm tall, indicating a small screen or wind-deflector.

Wheel sizes are unchanged, with 17in rims at each end and a wide, 190-section rear tyre, but the bike’s weight increases fractionally, probably as a result of the new exhaust and bodywork. Where the current base model is 210kg wet, and the SP version is 212kg, the 2022 models each gain 2kg in kerb weight, raising those figures to 212kg and 214kg respectively.

Although Yamaha hasn’t made any official announcement yet, the fact that the 2022 MT-10 and MT-10SP have been type-approved shows that their launches aren’t far off – an unveiling at the EICMA show in November seems likely.