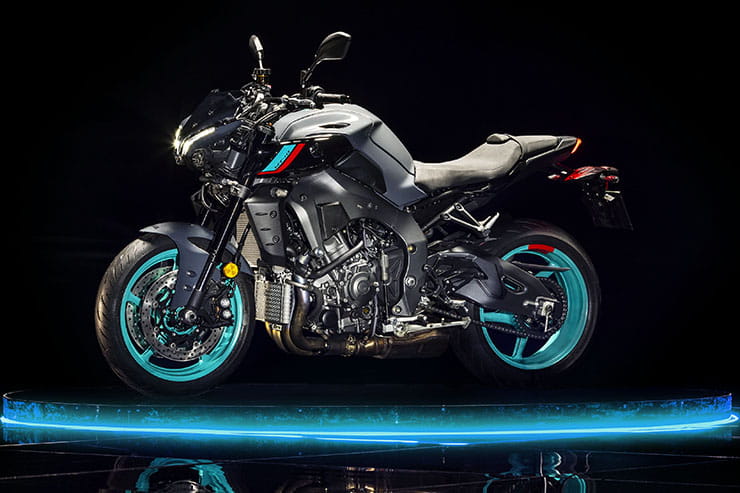 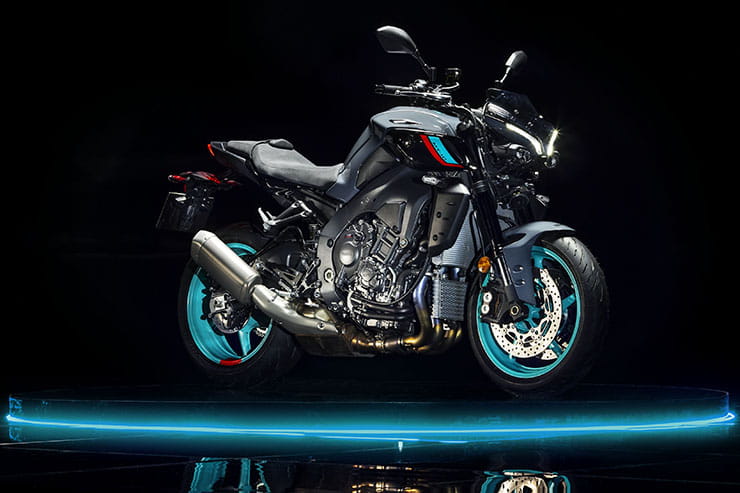 Back in October we revealed the first details of an upcoming new Yamaha MT-10 for 2022 – and right on time the firm has taken the wraps of precisely such a bike, boasting more power and renewed styling as well as updated technology.

While not a clean-sheet redesign the 2022 bike’s changes mark the first major set of revisions since the MT-10 was launched in 2016. Since then a slew of new rivals have emerged on the scene to compete for honours in the superbike-derived streetfighter class, but the 2022 MT-10 looks like it will be right back in contention. 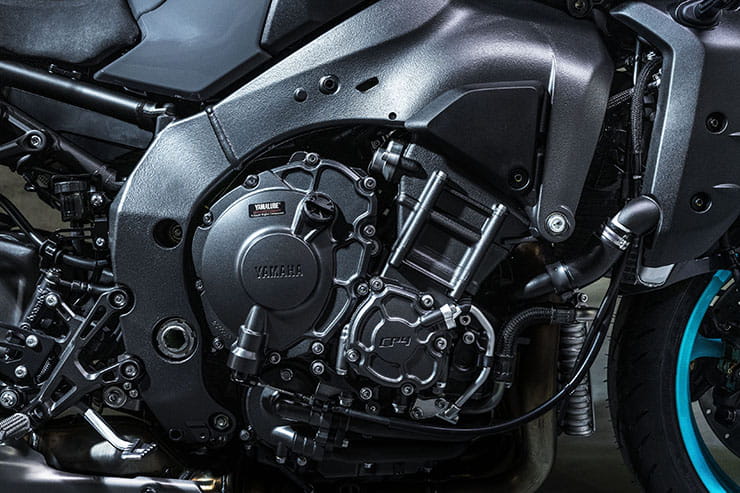 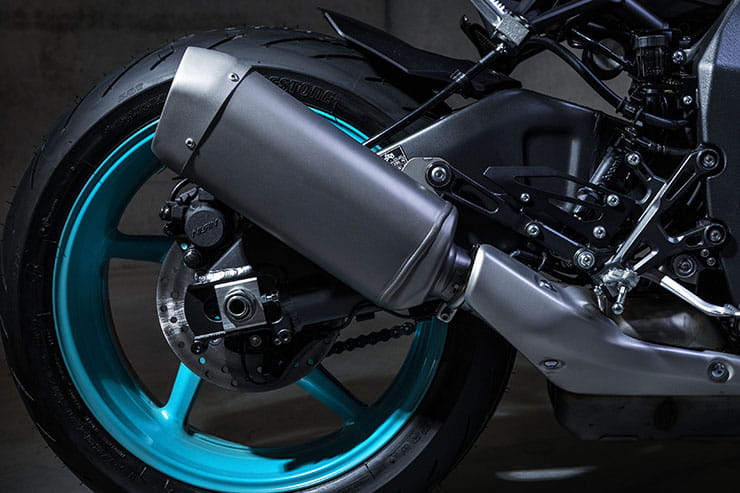 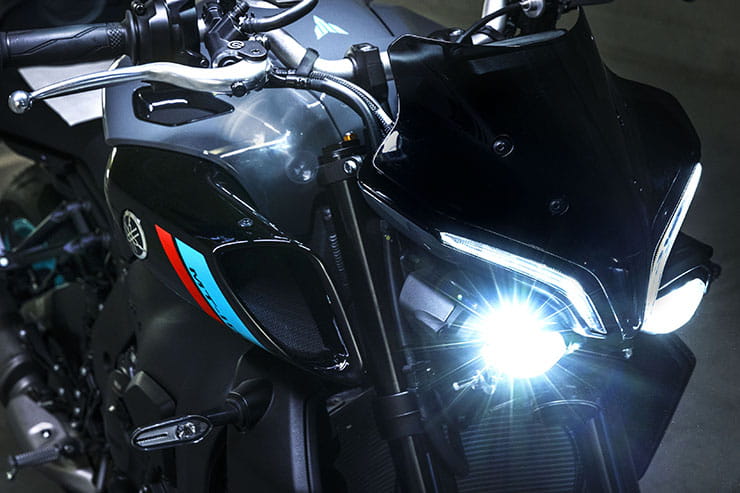 When it comes to out-and-out power, the MT-10 has always offered plenty but Yamaha isn’t trying to outgun the brawniest of its rivals. Given that it’s heavily based on the R1, it would have been simple to equip the naked bike with the same 200hp four-cylinder, but the MT-10 instead gets a detuned version that’s specifically developed to suit it.

The 2022 MT-10 uses the same crossplane crankshaft design as the R1, but with steel con rods instead of titanium, adding to the rotating assembly’s inertia for a torquier feel while reducing the cost, while the injection is revised to further boost the midrange. The 2022 changes are largely focused on meeting Euro 5 emissions limits, but the engine also gains power, with the peak rising from 158hp (118kW) to nearly 164hp (122kW) at 11,500rpm, while torque is up from 111Nm (81.9lbft) to 112Nm (82.6lbft) at 9000rpm. Weight is up a fraction, from 210kg to 212kg including a tank of fuel, but that’s unlikely to be a noticeable amount.

While the power figure doesn’t reach the heady peaks of Ducati’s 208hp Streetfighter V4 or Kawasaki’s 197hp Z H2, it’s on a par with the BMW S1000R and on the road you’re very unlikely to find yourself crying out for more.

To add to the riding appeal, Yamaha’s engineers have taken a leaf out of the smaller MT-09’s playbook and developed an acoustically tuned air intake system, using three intake ducts, each a different length, to feed the airbox. These are designed to resonate in harmony as engine speeds increase. Although Euro emissions limits place strict limits on noise levels, the new MT-10 also gets ‘Acoustic Amplifier Grilles’ on the left and right of the fuel tank, feeding the air intake noise directly towards the rider.

The new intake is matched by a similarly redesigned exhaust, made entirely from titanium including the headers and silencers, which is again tuned to play appealing tunes throughout the rev range. 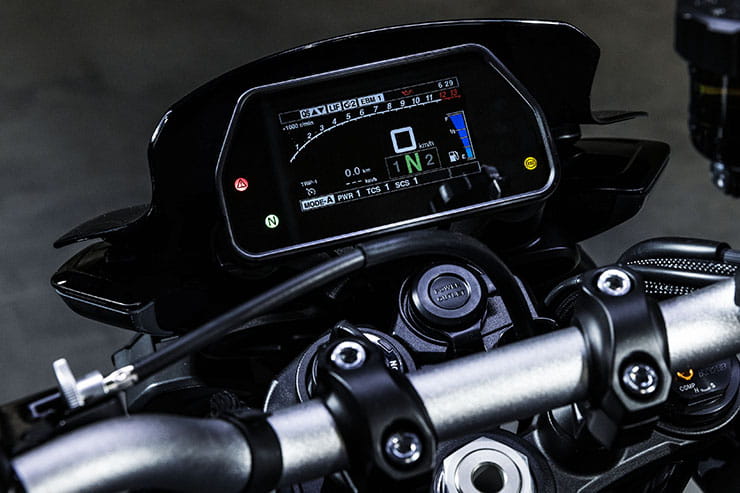 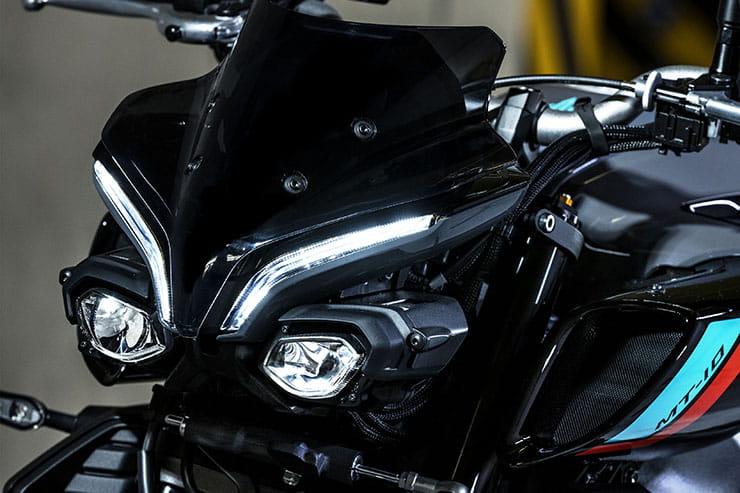 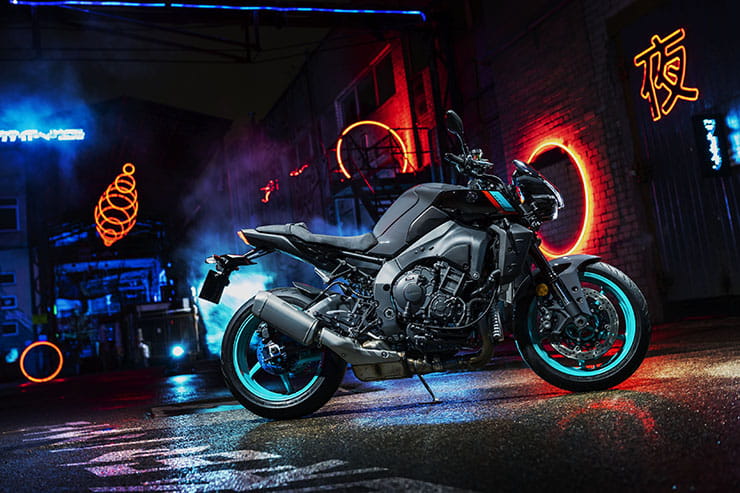 Although the 2022 MT-10 is instantly recognisable as a relation to its predecessor, sharing the same R1-derived Deltabox frame, KYB forks and R1-based braking system as before as well as carrying styling cues including two bug-eyed headlights, the bodywork is all new.

There’s actually less of it than before. Where the previous MT-10 had body-coloured cowls either side of the cylinder head, the new version’s flanks are uncovered apart from radiator sides and a small filler panel behind the front engine mounts. The tank and seat unit are new, too, giving an improved riding position and making it easier to grip the sides of the tank with your knees.

At the front, the MT-10’s eye-like LED headlights are redesigned and sit below a neater, more integrated-looking cowl, which has gained eyebrow-style LED running light strips, while the large air intakes on either side are both sleeker and more efficient than before, contributing to the engine’s power increase.

When it comes to technology, the previous MT-10’s half-decade age was starting to show so the new version has a makeover, with updates including a new colour TFT dashboard that gives access to a whole suite of rider aids. These include an IMU-based stability control system with cornering ABS and lean-sensitive traction control as well as slide control, wheelie control and engine brake management, plus four power delivery modes. Yamaha’s ‘YRC’ (Yamaha Ride Control) system gives access to four preset modes for the rider aids – ranging from A for sporty riding to D for wet weather – but each individual aid can also be fine-tuned, and some, like the traction control and slide control, can be turned off entirely.

On top of this lot, there’s also a new variable speed limited function, allowing you to set a top speed not to exceed, and the quick shifter that used to be an optional extra is standard on the 2022 MT-10. 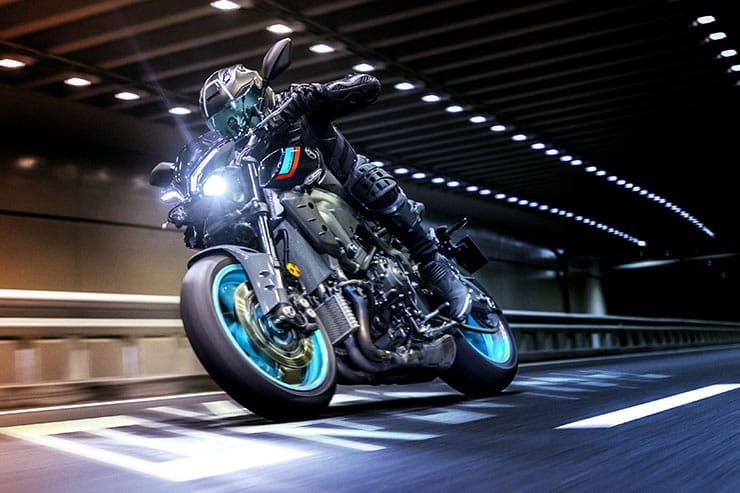 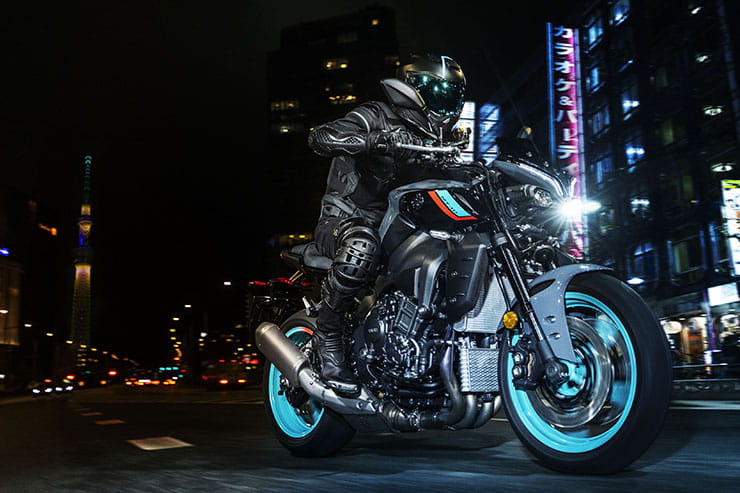 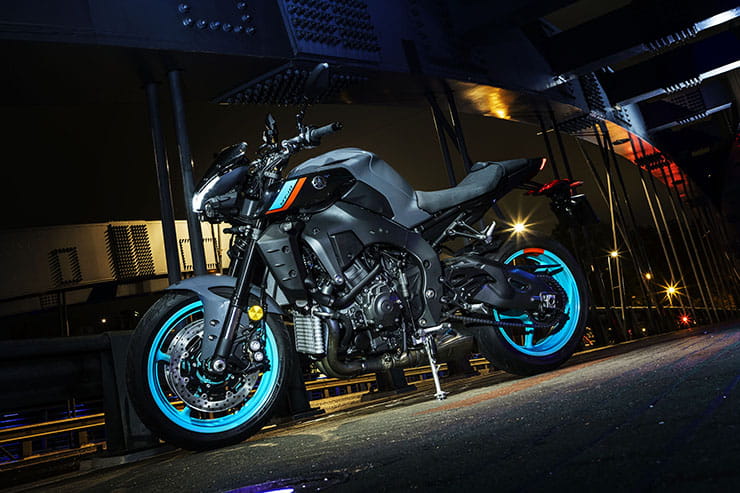 We’re going to have to wait until next year for details of the MT-10’s pricing, which will be announced in January, although the current model – starting at £12,502 – is surely a good guide to what to expect.

Colour options for the new bike include the ‘Cyan Storm’ scheme seen in these images, combining pale blue wheels with black and grey bodywork, as well as Yamaha’s traditional ‘Icon Blue’, derived from the factory race bikes and featuring blue wheels and bodywork. A ‘Tech Black’ option, with all the bodywork and the wheels finished in black, is the final choice. The bikes are due to reach dealers in February, along with a range of accessories including an Akrapovič exhaust and heated grips.

At the moment, Yamaha has yet to reveal the replacement for the higher-spec MT-10 SP, which currently shares the same general details as the normal bike but with improved electronics and high-end Öhlins semi-active suspension. A 2022 SP is expected to be offered alongside the normal MT-10, though, so look out for details on it in the coming weeks.