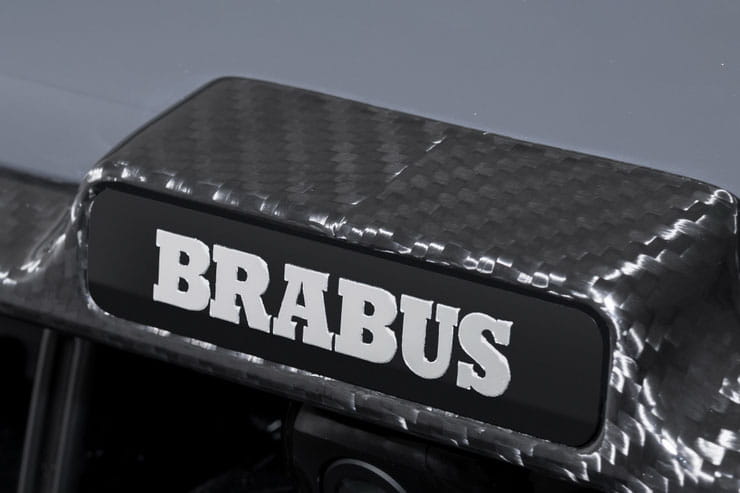 Since the 1970s the name Brabus has been intrinsically linked to modified Mercedes cars but the company is about to turn its hand to two wheels – forging ties to KTM to create the Brabus 1300 R using a 1290 Super Duke R as its basis.

While the bike has yet to be officially unveiled, so there are no pictures of the Brabus 1300 R at the moment, we’ve managed to dig up official documents that confirm both its name and specification.

The name ‘Brabus 1300 R’ has been the subject of a European trademark application, filed by Brabus GmbH and specifically intended to be used on “Motorcycles; structural parts for motorcycles; parts and fittings for land vehicles; two-wheeled motor vehicles.” So, pretty clear that it’s a motorcycle from that evidence alone.

And there’s more. Documents detailing the bike’s specifications have reached BikeSocial, giving us an insight into what to expect when the machine is officially unveiled. 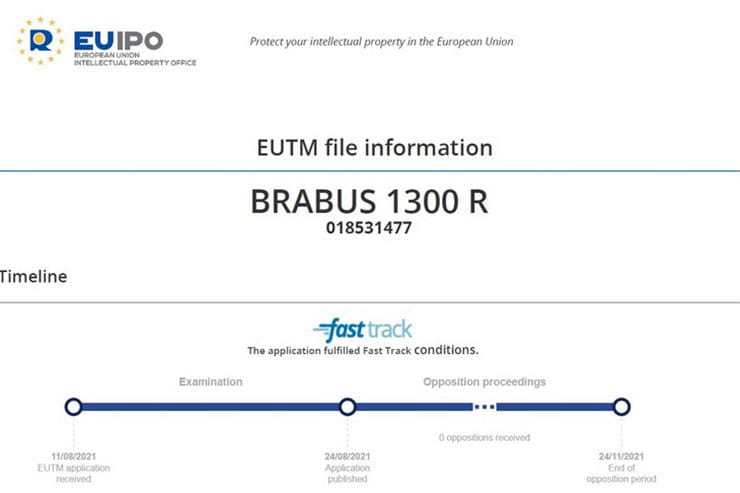 Brabus will happily sell you a host of Mercedes-based supercars, tuned to make insane amounts of power. Want a 900hp G-Wagon-based off-roader? Brabus has got you covered. If a limo with similar power is more your scene, the firm is only too happy to help. So, you might expect the company’s first two-wheeler to have a similarly wild power hike, but that’s not the case.

In fact, the Brabus 1300 R has a completely stock KTM 1290 Super Duke R engine, right down to the standard exhaust pipe. That doesn’t mean it’s slow, of course. Power sits at 177hp, reached at 9500rpm, bolstered by 103lbft of torque at 8000rpm. That’s going to be enough to at least keep pace with the fastest of Brabus’ cars off the line and at most road-legal speeds.

But it does leave the question as to what will make the Brabus 1300 R stand out from the KTM it’s based on. Delving deeper into the leaked technical info gives a hint of what to expect. 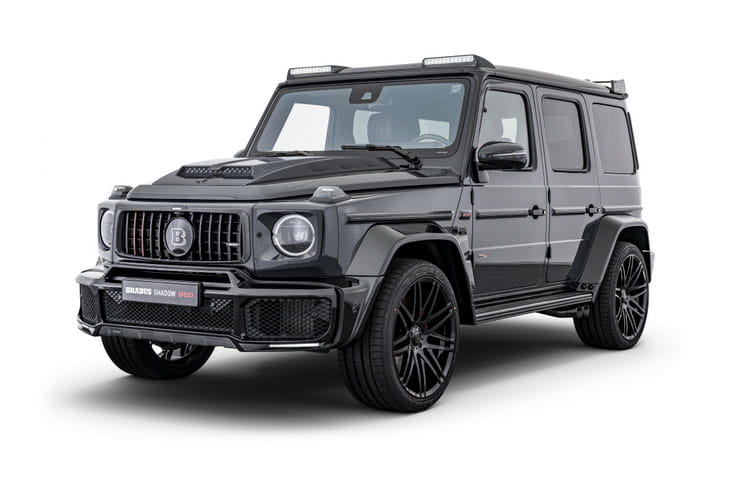 The first clues come from the dimensions. At 1119mm tall, the Brabus is the same height as a stock Super Duke R, suggesting the changes don’t extend to a full fairing, but other dimensions show that there will be alterations to the styling.

The length is reduced by 46mm, brining it close to that of the limited-edition Super Duke RR and hinting that, like KTM’s own RR model, the licence plate bracket is shortened. More importantly, though, the Brabus 1300 R’s width is nearly 30mm down on either the stock 1290 Super Duke R or the RR. That means new bars, potentially clip-ons to give a more café-racer riding position.

The Brabus 1300 R’s wheelbase is also shorter, by around 5mm, than the standard KTM. That probably indicates a change in the final drive gearing, with different size sprockets making for a different ‘standard’ length when the chain is properly adjusted.

Finally, there’s weight. Our information shows that the Brabus 1300 R is 5kg lighter than the 1290 Super Duke R, but remains 5kg heavier than the Super Duke RR, which featured a host of carbon-fibre parts and lighter forged alloy wheels, as well as higher-spec suspension than the stock version.

Since the 500 examples of the Super Duke RR manufactured by KTM sold out in a mere 48 minutes after the order books opened, the Brabus 1300 R might well offer buyers looking for something similar another route to getting hold of it.

At the moment there’s no indication when the Brabus 1300 R will be officially revealed, but we’re not expecting to have to wait long. How much will it cost? That’s another unanswerable question, as it will depend largely on the final choice of components, but the limited run Super Duke RR (below) was £21,499, compared to £15,749 for the normal 1290 Super Duke R.

If Brabus follows the same pattern with KTM’s bikes as it does with Mercedes cars, the 1300 R might well just be the first of a whole array of machines to bear the name in the future. 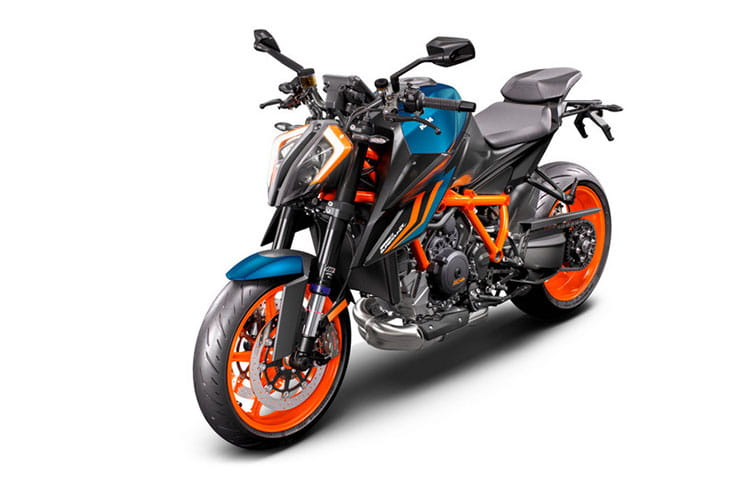