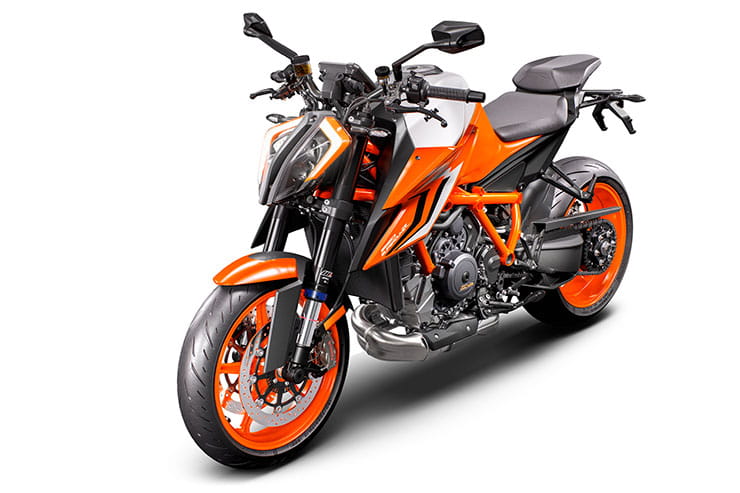 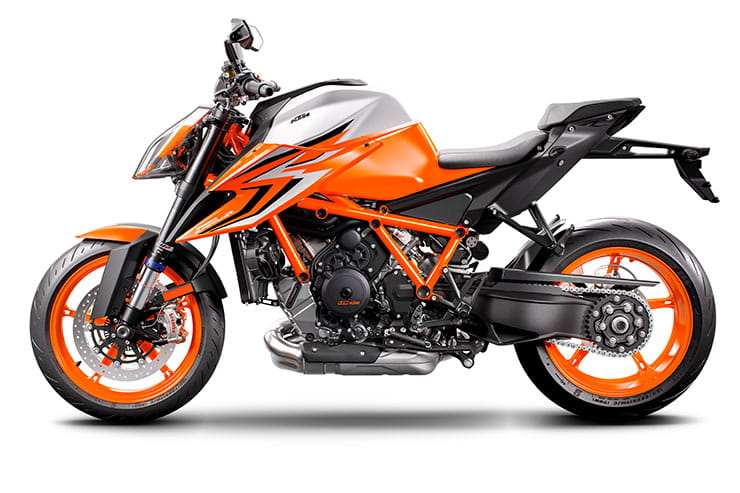 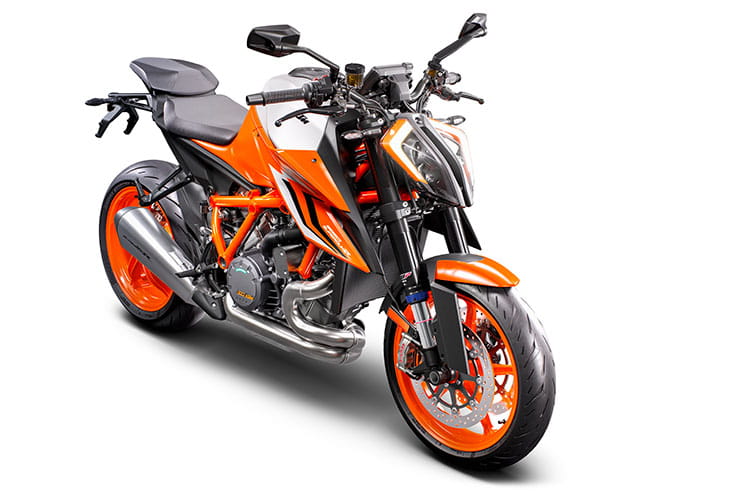 When word of an ‘Evo’ version of KTM’s 1290 Super Duke R first emerged there were rumours that it could bring the pleasures of the limited-edition RR model to a wider audience – but the reality is that it’s quite a different machine.

The RR, limited to just 500 examples which sold out in just 48 minutes despite a hefty price premium over the equally powerful stock model, was focussed on track use. In contrast, the new 1290 Super Duke R Evo is given a much broader spread of abilities thanks to the adoption of WP’s latest generation of semi-active, electronically adjustable suspension. 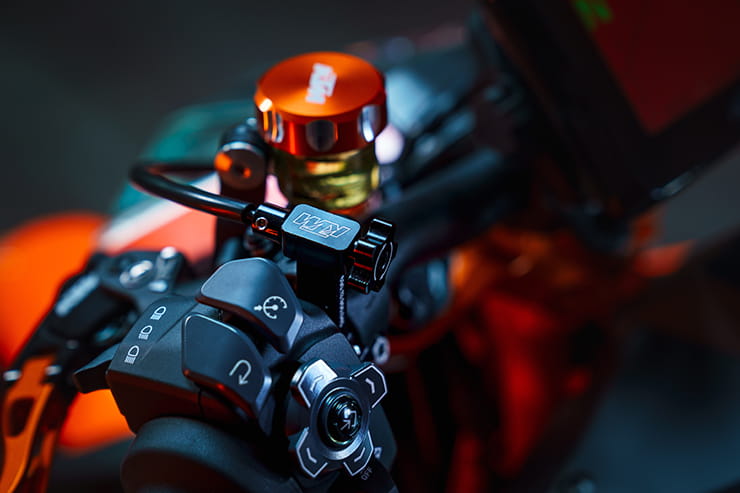 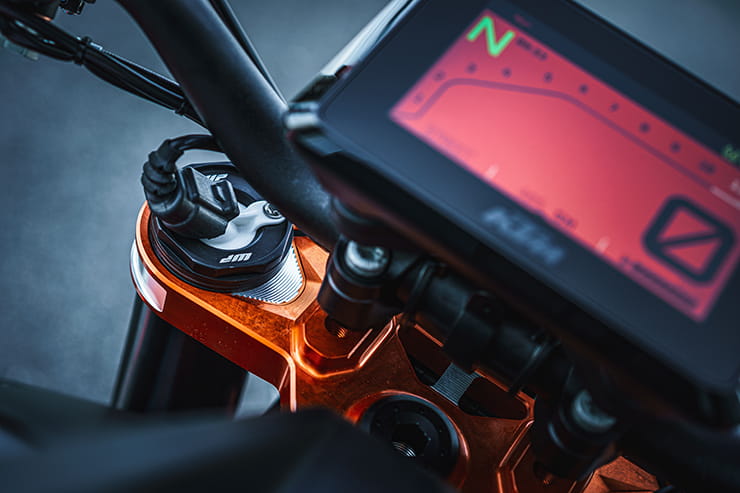 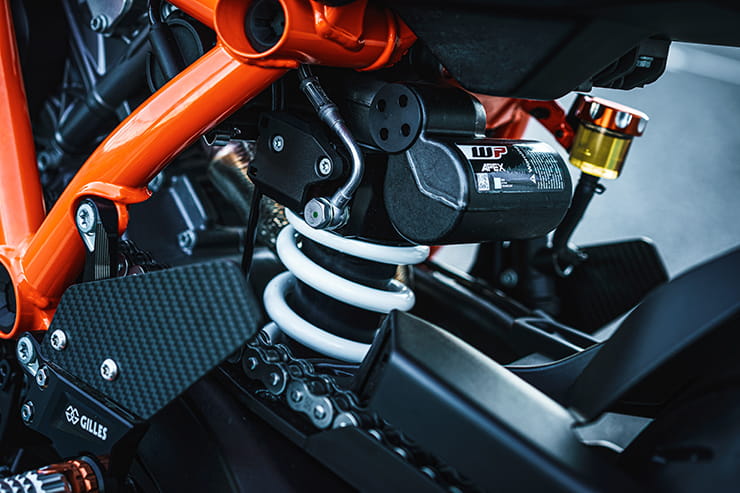 To be sold alongside the normal 1290 Super Duke R, the Evo differs thanks to the adoption WP Apex second-generation ‘SAT’ (semi-active technology) forks and shock, which feature new magnetic valves, new programming for the suspension control unit and improved sensors compared to previous versions of the firm’s semi-active kit, featured on bikes like the Super Duke GT.

As standard, the Evo gets three damping modes – Comfort, Street and Sport – which are self-explanatory in the way they adjust the system’s reactions. The rear preload is also electronically adjustable, with 20mm of possible movement achieved in 10 steps of 2mm each. However, the optional Suspension Pro package is needed to really unlock the system’s potential. 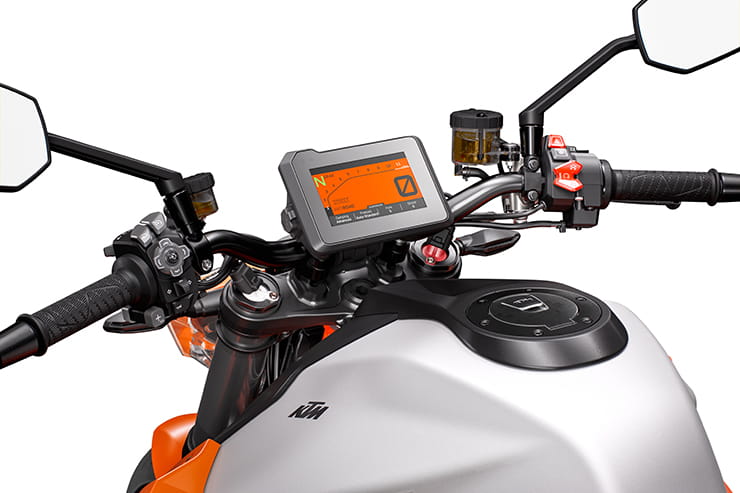 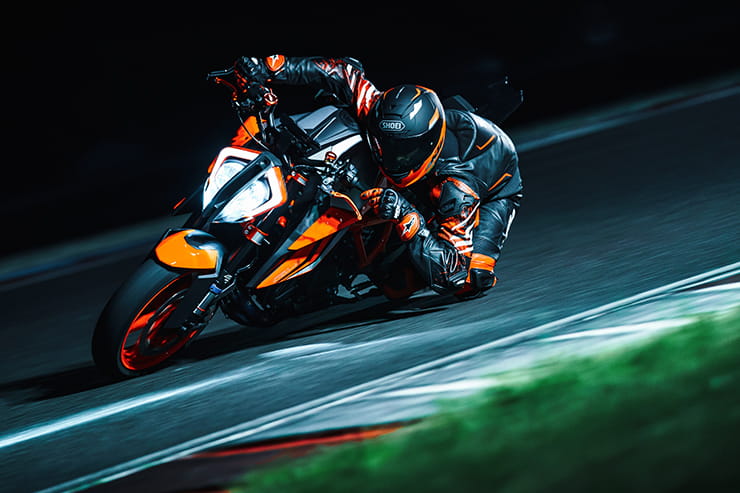 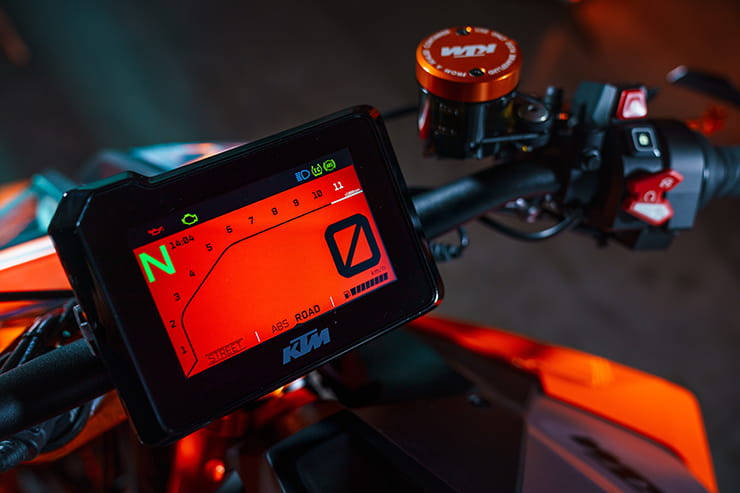 Suspension Pro adds another three modes to the options – Track, Advanced and Auto.

Track, as the name suggests, is the most hardcore setting, aimed at circuit use. Advanced is a rider adaptable setting, allowing you to choose your own damping levels for the forks and shock from eight possible settings, while Auto is designed to constantly adapt the damping, monitoring your riding style and setting the suspension to suit. As such, it softens in low-speed city riding and firms up when you start to increase the pace.

The Suspension Pro option also adds a trio of automatic preload settings, whereby the system monitors the load on the bike and sets itself to one of three preselected stances. ‘Auto Standard’ keeps the setup neutral, ‘Auto Low’ drops the seat height, making for a less aggressive geometry, and ‘Auto High’ hikes the rear end up, steepening the steering head and loading the front end more for a more track-suited setup. 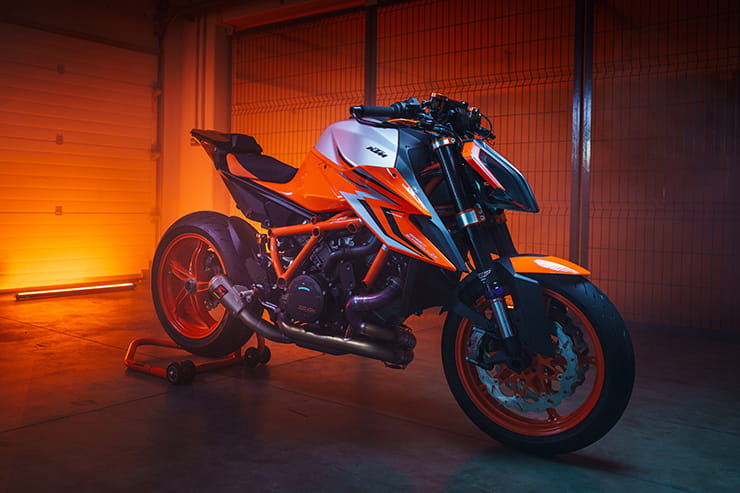 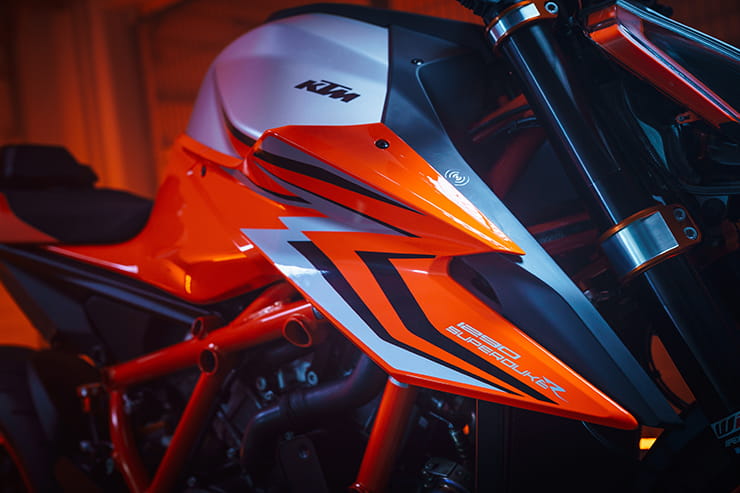 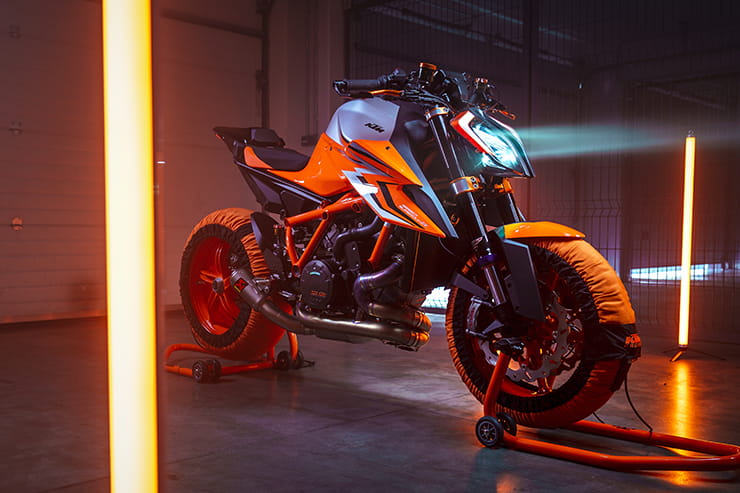 Suspension aside, the Evo version of the 1290 Super Duke R is much the same as the stock model. Both use the same 180hp, 1301cc version of KTM’s V-twin engine, with 103 lb-ft of torque, and the semi-active suspension only adds 2kg to the bike’s weight, bringing the Evo to 191kg dry.

Other changes include a new, shorter-travel throttle that now takes just 65 degrees of twist to go from idle to wide open, 7 degrees less than before, plus revised action for the switchgear for improved feel.

The colour schemes for 2022 are also updated, with the usual blue and orange now joined by a silver and orange option, with both versions gaining orange wheels to match the frame.

The 2022 bikes in both base and Evo form are due in dealers in January.