When Motolegends in Guildford sent out an email on Sunday to promote its one-day sale, it claimed that it was offering 40-55% off Arai’s Urban-V and Freeway Classic open-face helmets as “Arai would no longer be continuing with either of their two open-face models.”

The marketing email went on to state that “We don’t really know why these helmets have been discontinued. One story is that, with limited capacity at the factory, Arai wants to concentrate production on more expensive models. But we are also hoping that the company might be clearing the decks for a new 22-06 open-face helmet, although we know that there’s no such helmet in the coming 2022 range.

“But whatever the thinking behind Arai’s decision, there will be no open-face offering from the Japanese manufacturer in the foreseeable future.”

That’s a surprising move by Arai, even despite the company being so determined in its principles that it won’t produce a flip-front lid as it doesn’t believe this to be a safe-enough design.

So is it true?

It doesn’t take long to check with UK importer MotoDirect (where MotoLegends gets its stock), to find the honest answer: “Open-faced helmets are still a part of the global Arai range,” said Darren Thipthorpe, Arai UK Brand Manager. “However, the open-face market in Europe is much larger than the UK.”

“For the UK market, the decision has been made to focus our efforts (sales, marketing and production) on the full-face models.

“Open-faced helmets will still be available to UK consumers, available on special order.” 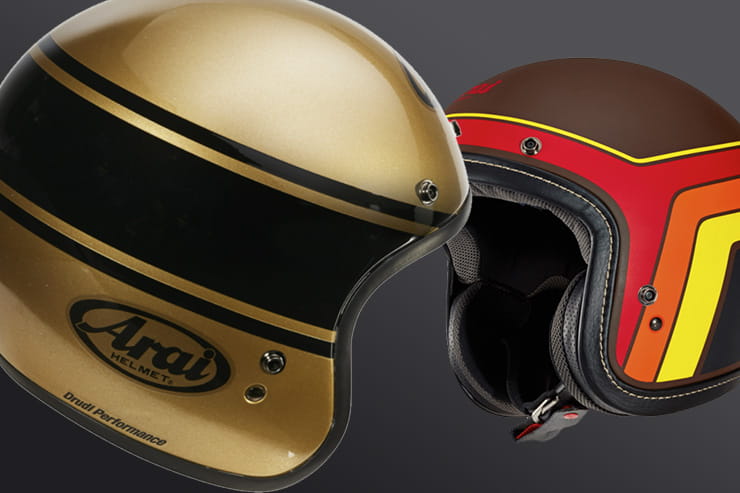 Can I still buy an open-face Arai in the UK?

MotoDirect of course works closely with Arai Europe, so if you want an Arai open-face, you’ll be able to get one, and with a full UK warranty and support.

We asked Martin Brown, Managing Director of the excellent BikeStop in Stevenage how it would affect sales; he told us that “Arai open-face is continuing in mainland Europe, and is now a special order for us.

“We are always happy to help customers with special orders, so it’s no problem, especially as we are one of only a select few Arai Technical Pro Dealers!”

Are Arai open-face helmets really not that popular?

Arai has a well-deserved reputation for quality and safety – our review of the new Quantic, the first ECE 22:06 helmet to hit the UK, shows how impressed we were – but when we met with Eelco Van Beek of Arai Europe a couple of years ago, he told us that, while the company had very strong offerings in a variety of categories, it was still the sports-focussed RX-7V that was the big hitter.

And that’s backed-up by one of the biggest stores in Britain: “Open-face models accounted for around 2% of our Arai sales over the past year,” Martin Fitz-Gibbons of Sportsbikeshop told us. “There’s certainly still a market for open-face helmets in the UK, but our biggest-selling open-face lids generally come at a much lower price point.”

“If a customer would like an open-face Arai helmet in the future, our customer service team can work with the UK Importer to try and get hold of a helmet that is only available on special order.”

Have I missed the chance to buy an Arai open-face?

While the Arai Freeway and Arai Urban-V won’t appear on as many UK shop shelves or websites in future, any decent retailer will still be more than happy to order one for you, so don’t worry if you didn’t take advantage of MotoLegend’s ‘one-day sale’. While it claims to have bought up ‘all the remaining UK stock’, there were already a fair few of these lids in other shops, with many still offering up to 40% off.

Sizes are limited, so if you want one right now, have a look around, but otherwise rest assured that Arai has NOT stopped making open-face helmets; they just weren’t that popular in the UK so you might have to wait a few days more in future… 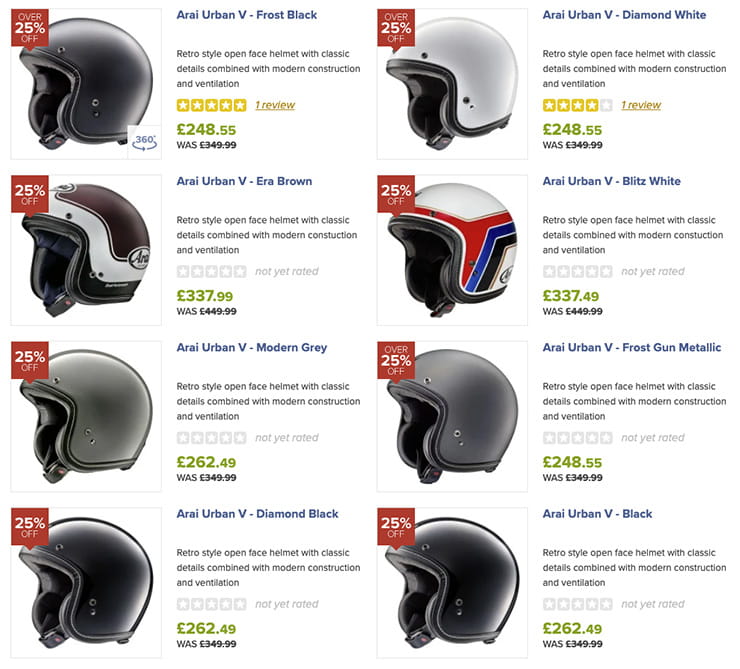 While sizes are limited, there are still open-face Arais available in stores, with some very good deals too