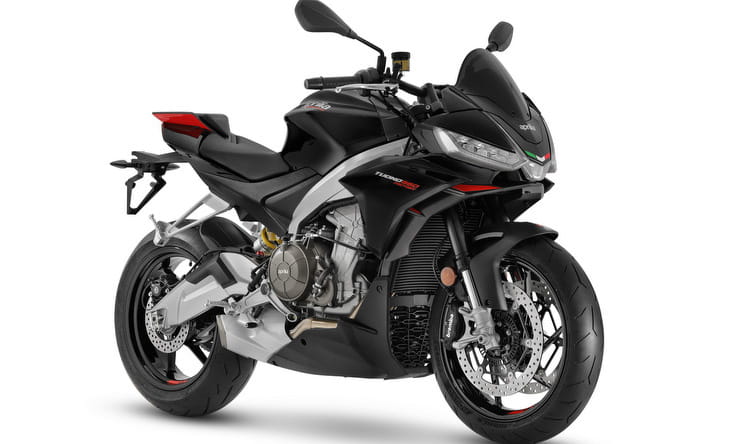 For years ‘Factory’ has been Aprilia’s codeword for ‘high-spec’ and in 2022 it’s the Tuono 660’s turn to get the Factory treatment – resulting in a lighter, more powerful and better equipped version of the impressive parallel twin middleweight.

The basics of the bike are the same as the normal Tuono 660, with its twin-cylinder engine – derived from the front cylinder bank of the bigger Aprilia V4 motor – acting as a structural member under a half-length alloy beam frame, but the Factory makes improvements in virtually every area.

Power, for instance, rises from 95hp to 100hp, and while torque is unaltered at 49.4lbft there’s a smaller front sprocket with 16 teeth instead of 17, to lower the gearing, increasing the torque multiplication effect and boosting acceleration. That acceleration improvement is aided further by a reduction in weight, with a wet kerb mass that’s down from 183kg to 181kg courtesy of a lighter, lithium battery. 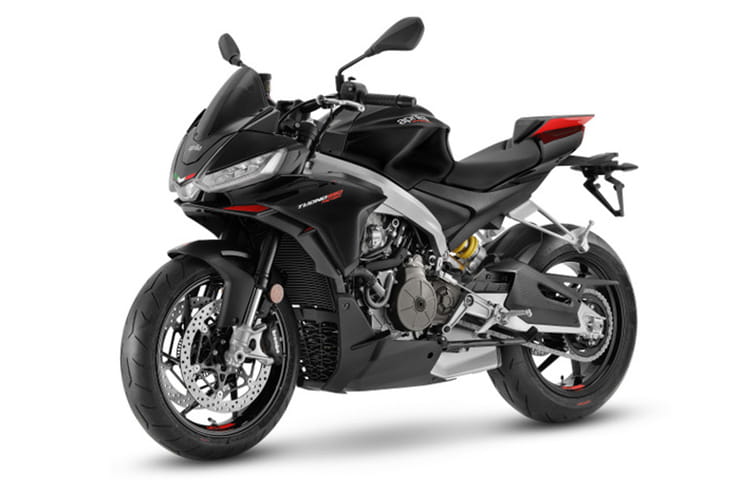 Electronics are also updated, with an IMU adding cornering ABS and traction control to the mix, along with the usual array of riding modes, cruise control, engine brake control and multiple engine maps. A bidirectional quickshifter makes for clutchless changes in both directions, and thanks to the new IMU’s ability to monitor the bike’s tilt Aprilia has been able to give the Factory version of the Tuono cornering lights.

Visually, ‘Factory Dark’ graphics and a single-seat cowl are standard, along with lighter footpegs that lack the rubber pads of the normal Tuono. 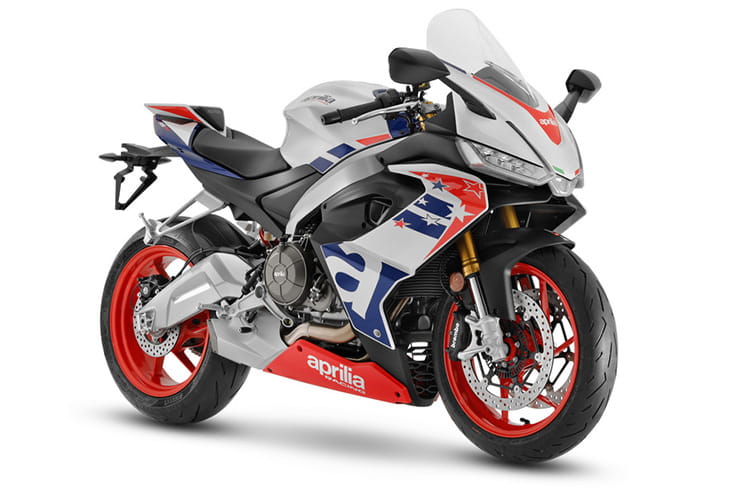 The RS 660 sports bike might not get such notable changes for 2022 but Aprilia has added a Limited Edition version to the range to mark the bike’s success in the Twins Cup race series in America.

Wearing a star-spangled paint scheme that replicates the design used by title winner Kaleb De Keyrel at the Vallelunga finale of the Aprilia RS660 Trophy, where he raced as a reward for his Twins Cup title, the RS 660 Limited Edition also gains a single seat tail as standard along with an oversized top fairing and new quickshifter electronics that allow the system to be set to operate in ‘upside-down’ mode, allowing for a race-style shift pattern (down for upshifts, up for downshifts).

The RS 660 dominated the Twins Cup in America, winning 10 of the 13 rounds, with De Keyrel taking five of those victories on his Robem Engineering Aprilia. 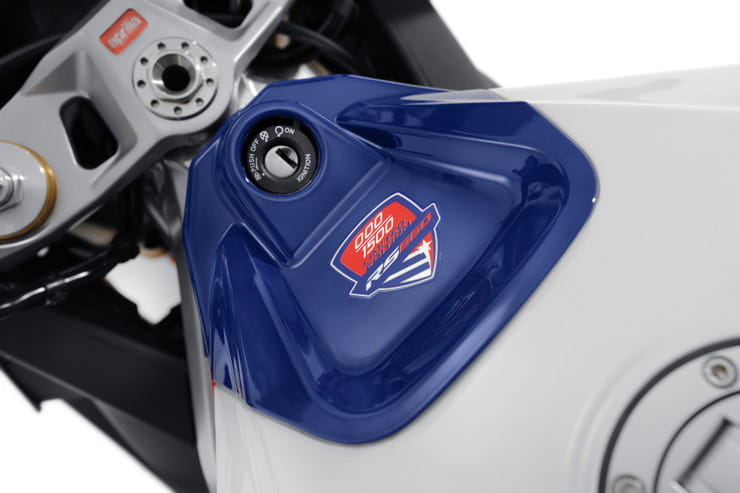