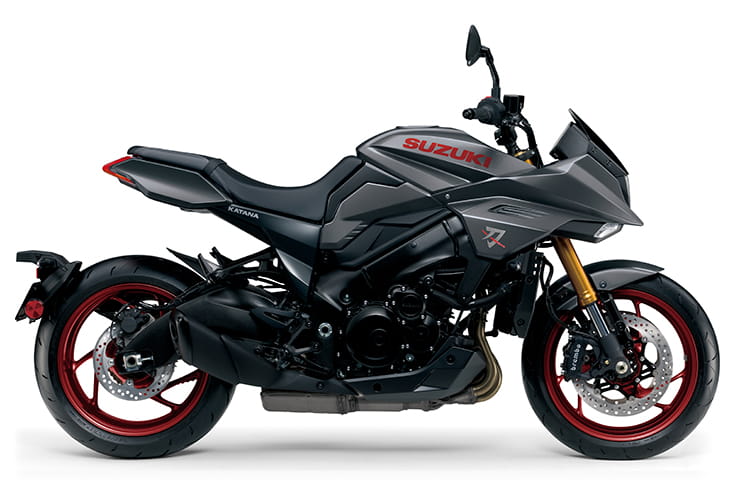 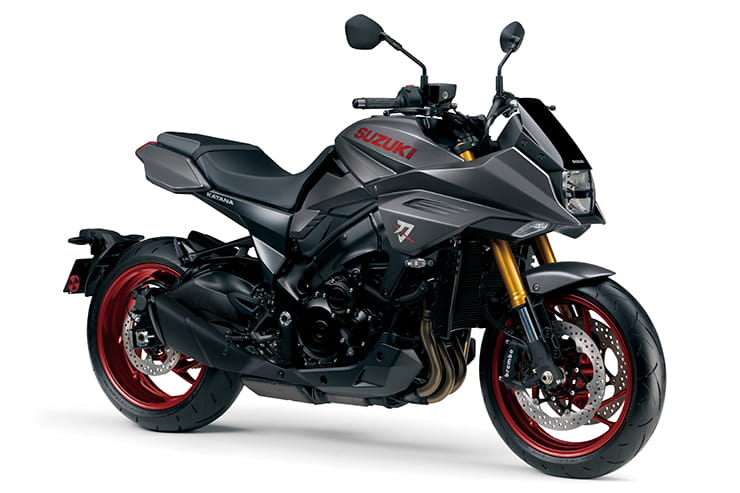 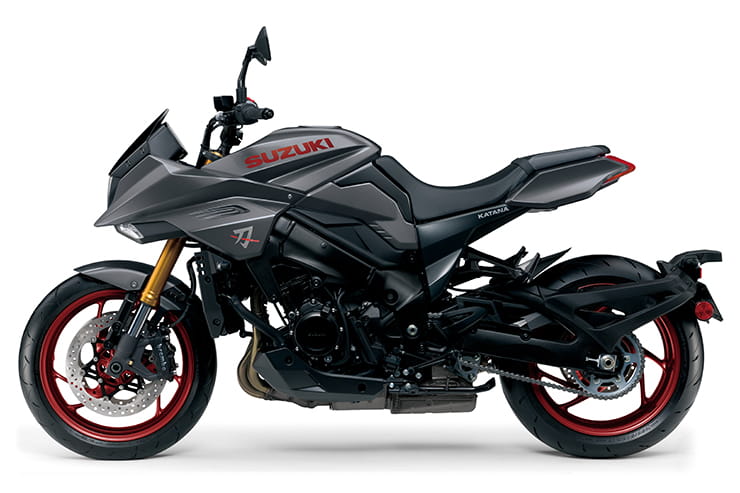 Since Suzuki’s GSX-S1000 was given an overhaul for 2021 it’s little surprise to see that the Katana – which is effectively the same bike under a different skin – is getting a raft of similar mechanical and electronics updates for next year.

The new GSX-S1000, which swapped the frumpy styling of its predecessor for a much sportier look, must have made the job of selling Katana’s rather tougher than it used to be. After all, here was a bike that shared most of its components with the Katana, but featuring improved tech, a tad more power and sharp-edged, eye-catching looks, all for £500 less. With its 2022 updates, the retro-styled Katana finally receives the same improvements that the GSX-S1000 is currently benefitting from. 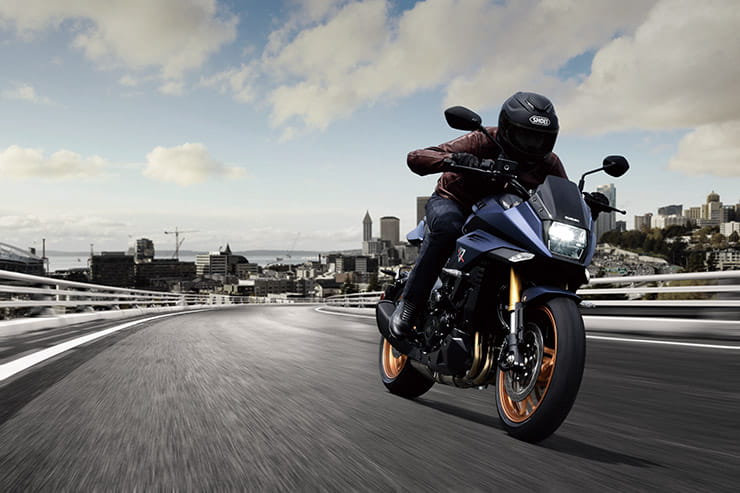 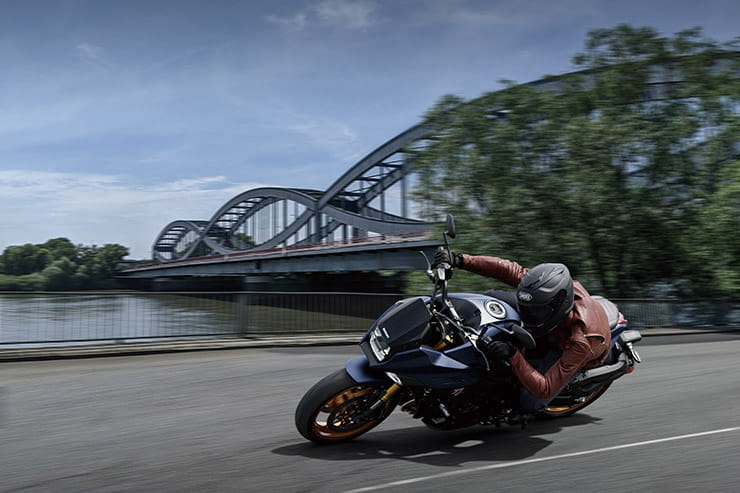 The changes start with the engine, which is updated to meet Euro 5 emissions rules in the 2022 Katana.

As on the GSX-S1000, the alterations – including new camshafts, less valve overlap, revised valve springs, a new clutch, an updated airbox and a tweaked exhaust – actually manage to squeeze more power out of the GSX-R1000K5-derived four-cylinder. Where the old model managed 148hp (150PS) at 10,000rpm, the new one revs harder to achieve 150hp (152PS) at 11,000rpm. The torque peak, meanwhile, comes 250rpm lower in the rev range, contributing to a broader overall spread of performance than before.

As on the latest GSX-S1000, the 2022 Katana’s power delivery can be modified using three possible engine maps, all retaining the same peak power but altering the engine’s response from ‘A’ – the sportiest setting, for sharp reactions on dry roads – to ‘C’ for the softest response, useful when the surface is slippery. ‘B’ provides a middle ground between the two. 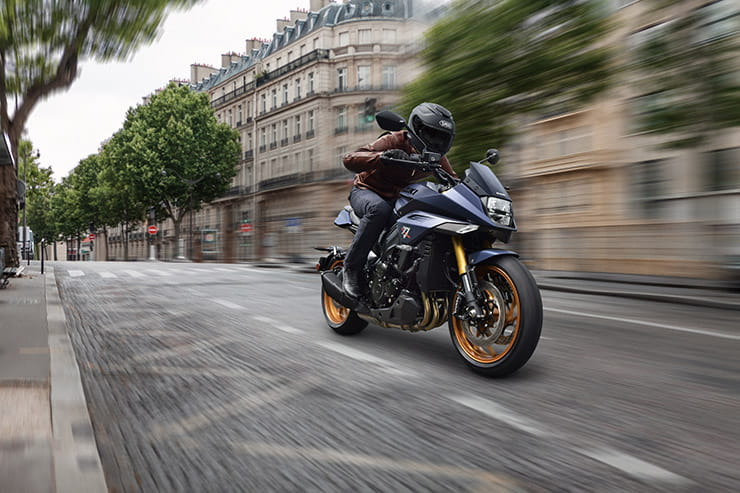 That power goes through a slipper clutch to a six-speed transmission that now benefits from a bi-directional quickshifter, allowing clutchless changes both up and down, with a throttle blipper to match revs on downshifts. Finally, it’s put to the ground via Dunlop Sportmax Roadsport 2 rubber, abetted by a traction control system that can be set to five different modes or turned off entirely depending on your mood.

As before, there’s also a low-rpm assist system to raise revs as the clutch is released from a standstill, helping prevent stalls, and Suzuki’s one-touch start button. 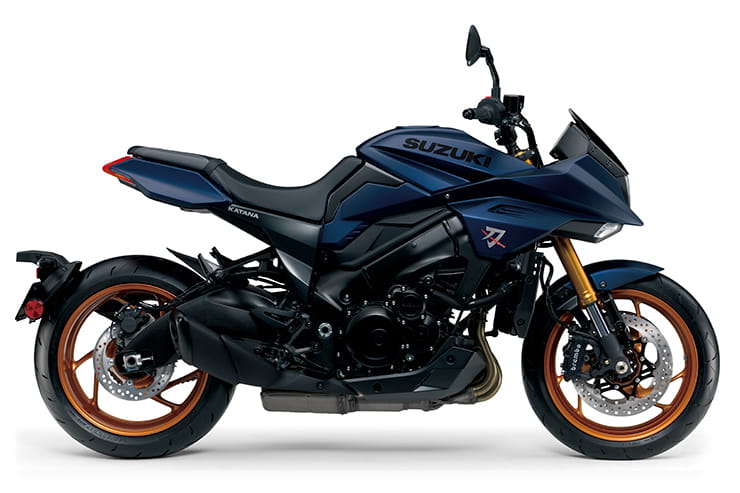 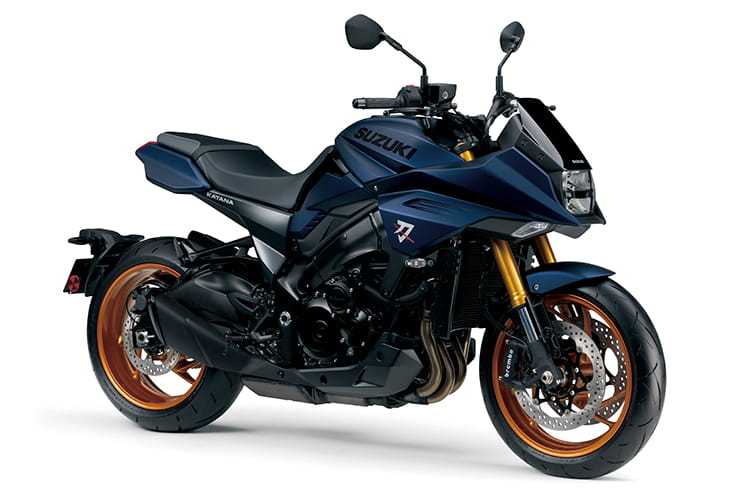 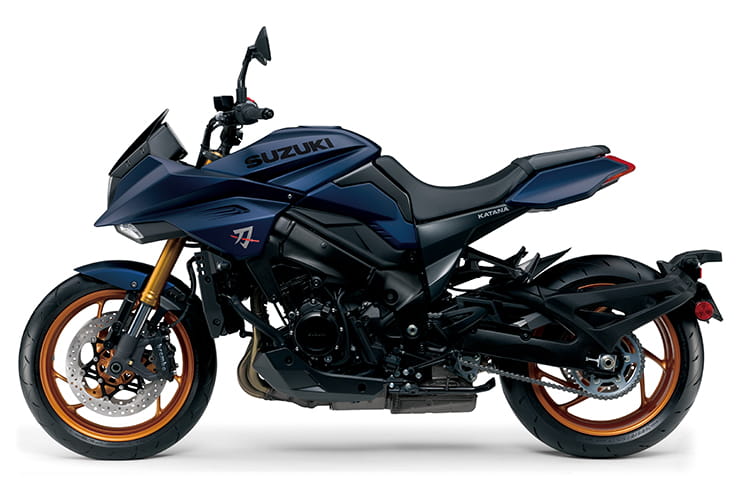 The Katana’s chassis is identical to the previous version, with the same alloy beam frame that’s used on the GSX-S1000 and fully adjustable KYB forks, plus a rear shock that can be tweaked for rebound damping and preload. Brembo monobloc calipers are carryovers from the last model, as are the six-spoke wheels.

There are no changes to the plastics, but 2022’s Katana brings new colour options to the table, with the traditional silver disappearing from the line-up along with the previous all-black offering. Instead, there’s a matte blue scheme with gold forks and wheels, adding a more upmarket look, or a dark grey version with gold forks and red wheels to match its tank graphics. The instruments, meanwhile, are updated to include a red ‘night mode’ for the dash.

As you’d expect, there’s also a host of options on offer, from smoked screens to red calipers, heated grips to carbon engine covers, and tank bags to axle sliders.