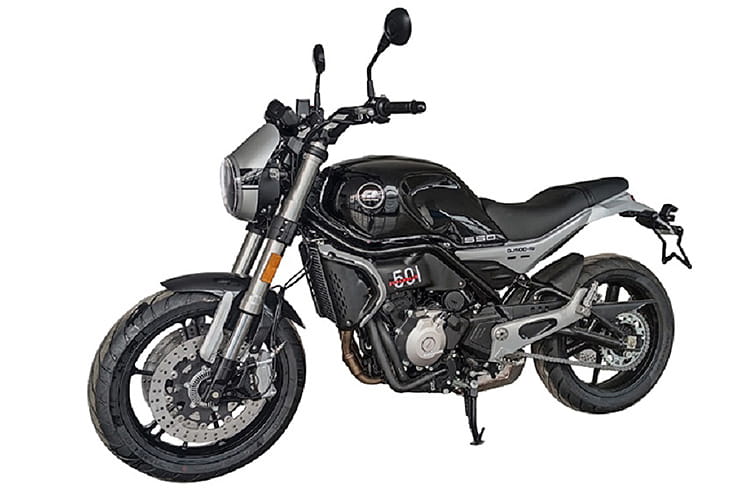 Benelli’s Leoncino 500 is already an appealing package but the latest new product leaks from China suggest it’s in line for a capacity increase and power boost in the near future.

Benelli parent firm Qianjiang has just received type-approval for a new retro-styled machine to market under the QJMotor brand name in China. QJMotor’s current models are largely restyled Benelli models, but increasingly we’re seeing bikes that are due to appear in Europe as Benellis showing their faces first as QJMotors in China. Notably, the planned Benelli TRK800, which has been spotted testing several times in Italy but has yet to be officially shown, appears to be mechanically and visually similar to the QJMotor SRB 750 that’s already been launched in China.

The newly-approved QJMotor retro shares its basis with the existing Benelli Leoncino 500, using the same frame and the same basic engine design. However, the QJMotor machine’s parallel twin is a 549cc unit rather than the Italian model’s 499cc version and makes an additional 3.4hp as a result.

That power increase might not be carried over to the European model, since the Leoncino 500 currently makes the 48hp maximum that’s allowed under A2 licence rules. However, there would be a torque increase and it will be easier to hit emissions targets with the larger engine. Besides, it makes little sense to manufacture 499cc and 549cc versions of the same engine, in near-identical bikes, so the new version is likely to supersede the older, smaller version. 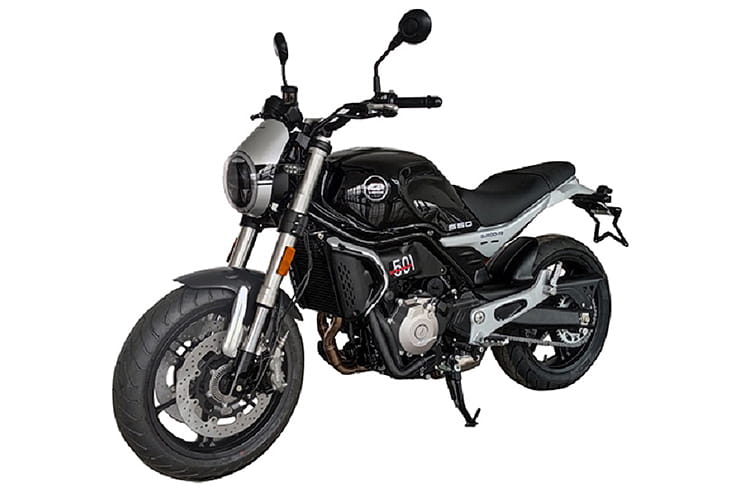 The QJMotor design, which confusingly carries the number ‘501’ on the side panel and ‘550’ on the tank, goes under the codename ‘QJ500-19’, but the Chinese type-approval documents confirm its 549cc capacity as well as details including its weight – 193kg, down from 207kg for the Benelli Leoncino 500 – and details of the Bosch 9.1MB ABS system it’s fitted with.

While the styling is along the same lines as the Leoncino, few of the cosmetic parts are shared, with the QJMotor featuring a new tank and seat unit, as well ass a café-racer-style nose cowl around its LED headlight unit. The wheels also differ from the Leoncino’s.

Two versions of the bike have been type-approved in China. The basic model (top) has the same tubular steel swingarm as the Benelli Leoncino, while the second, higher-spec version (above) has an extruded aluminium swingarm. The front brake calipers and discs are also different on each model, with what appear to be Benelli-branded stoppers on the base model and Brembo units on the top-spec version. 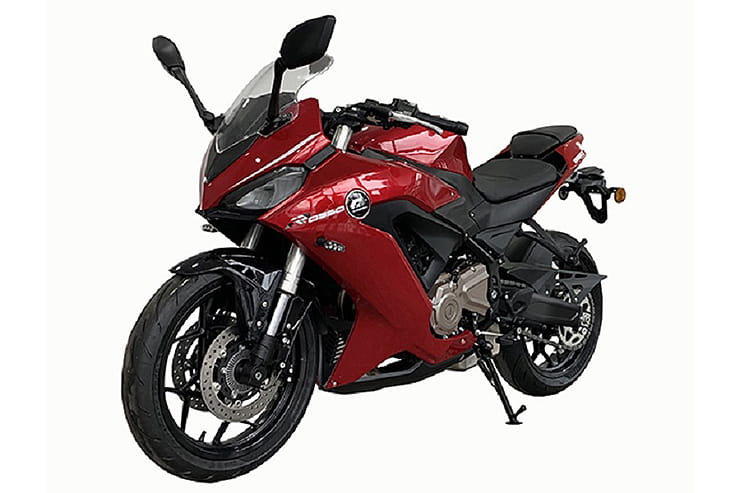 The new 550 isn’t the only QJMotor machine to have shown its face in China, as the firm has also debuted two new sports bikes. Again, since both firms come under the same Qianjiang umbrella, it would be relatively easy for either or both models to be adopted into the Benelli fold and sold in Europe.

The first (above) is a 36hp, 353cc twin with surprisingly accomplished, sophisticated styling. There’s a hint of final-generation Triumph Daytona 675 in the way contrasting panels extend from the rear edges of the headlights to split the fairing into distinct upper and lower sections, but overall the design isn’t a blatant copy of any rival machine. With a ready-to-ride weight of 179kg, it’s a bit fatter than you might hope from a 350cc sports bike, but a Benelli-branded version would still surely be a welcome addition to the firm’s European range. As with several of QJMotor’s recent new models there are two versions of the bike, one with lower spec brakes featuring a single front disc, another with twin front stoppers.

The second new sports bike is 249cc design with 27.5hp on tap and a kerb weight of 159kg. Again, two version of this design have been approved. The cheaper model has a tubular steel, double-sided swingarm, while the higher-spec design has an aluminium single-sider. The wheels differ between the two versions, and the more expensive one (pictured below) has a fully-floating front disc brake instead of the semi-floater of the cheaper model. 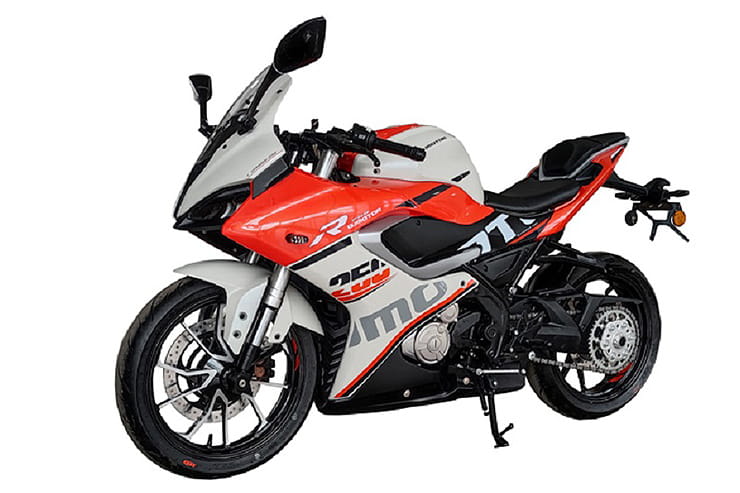