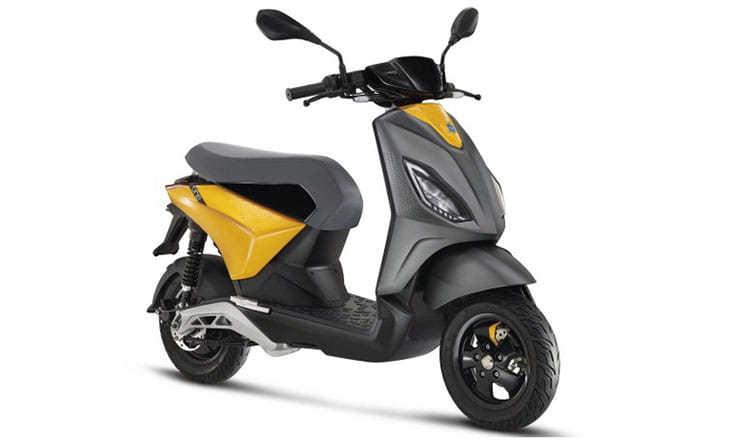 The momentum towards electric bikes with swappable battery packs just keeps growing and the launch of Piaggio’s new ONE shows that Europe’s biggest bike makers are firmly on-board.

It’s unlikely to be a coincidence that shortly after announcing a worldwide consortium to establish common specifications for swappable motorcycle batteries, made up of Piaggio, KTM, Honda and Yamaha, both European members of the group have unveiled battery-swap machines. For KTM, those bikes are the E-Pilen motorcycle and Vektorr scooter – both under the Husqvarna umbrella – while Piaggio’s first battery-swappable offering is this, the ONE.

In Japan Honda, Yamaha, Kawasaki and Suzuki have already agreed on swappable battery specifications, so it’s very likely that Europe’s designs will follow the same blueprint. 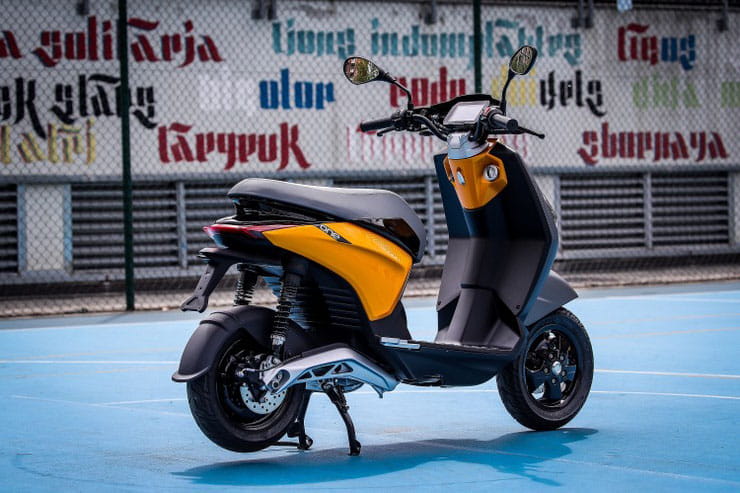 Despite its singular name, the ONE will be offered in multiple versions. One will comply with moped regulations, meaning a continuous power output of under 4kW (5.4bhp) and a top speed under 45km/h (28mph), allowing it to be ridden by 16-year-olds. The second model is a scooter-spec model, meeting ‘125cc’ learner rules that require power under 11kW (15hp) but don’t impose a top speed limit.

Piaggio has yet to announce exact specifications or full details of the line-up, which is set to be officially unveiled at the Beijing motor show on 28th May. However, the company has said that the bikes have colour instruments, full LED lighting, keyless start and two power maps for the motor.

That motor appears to mounted inside the rear wheel hub, eliminating the need for a final drive belt or chain and freeing up space in the ONE’s main bodywork for batteries and storage space. Indeed, Piaggio claims that it’s the only electric scooter in its class to offer under-seat storage of any note. 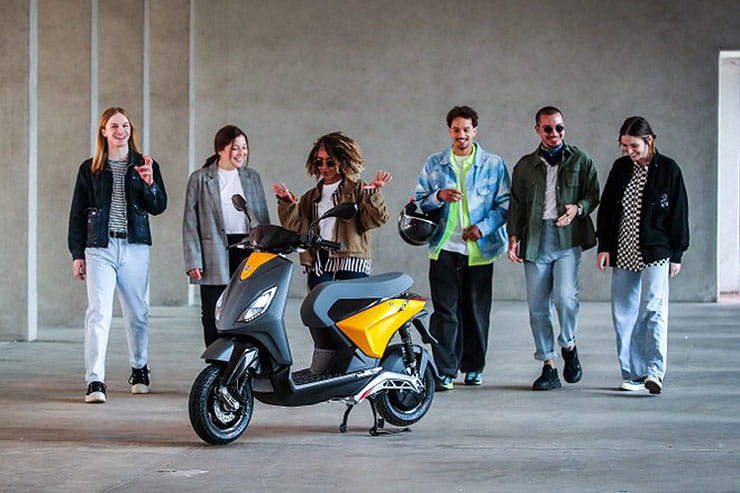 Details of the battery spec have yet to be released, but as a removable unit it’s designed to be portable. As well as opening the door to instant refuelling by swapping dead batteries for fresh ones, it relieves owners of the need for off-road parking, as the batteries can be removed and taken indoors to be charged at home.

As with other city-oriented, battery-swappable bikes, range isn’t a big issue. Piaggio has yet to announce how far the ONE will go on a charge but given that it’s aimed at short hops rather than long treks and the battery is easy to charge or swap, the ability to go vast distances between stops isn’t a vital consideration. We have also yet to discover how many batteries each ONE will use. It’s quite possible that the moped-spec machine has a single unit while the 125-equivalent may sacrifice storage space to carry an additional pack.

The decision to launch the bike in Beijing reflects not only the fact that Chinese motor shows are going ahead even while Europe’s events have been cancelled, but also the fact that China has already embraced electric scooters, which sell in their millions there every year and are fast superseding petrol-powered equivalents. 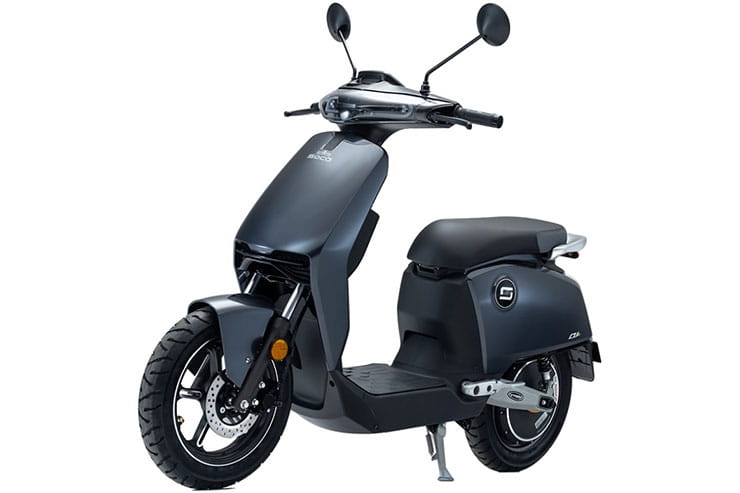 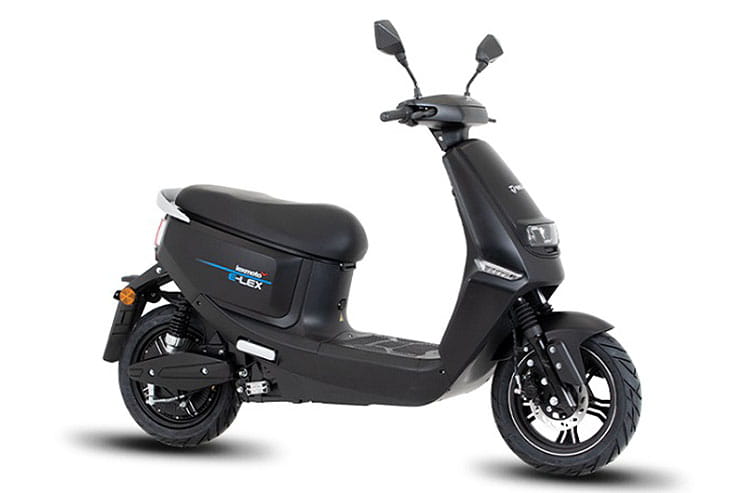 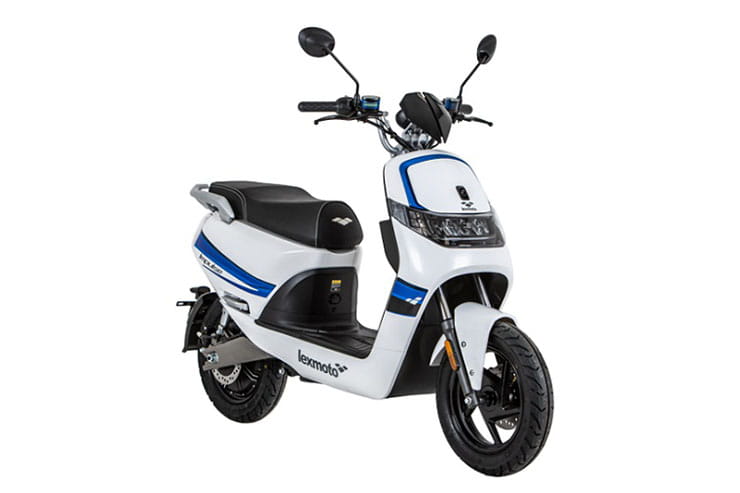 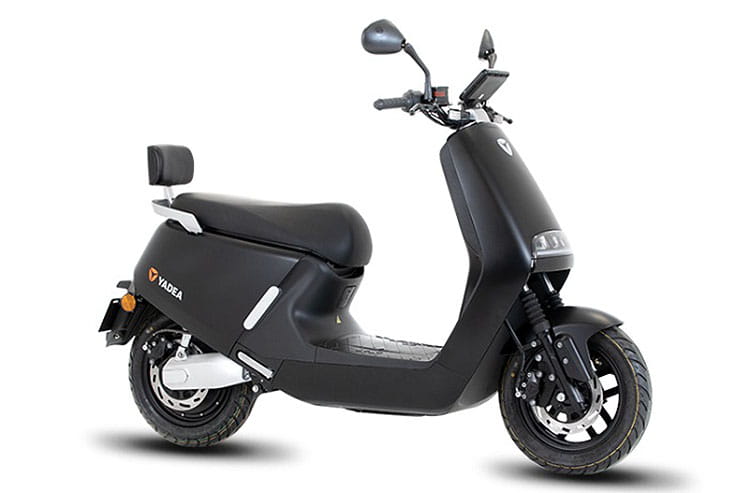 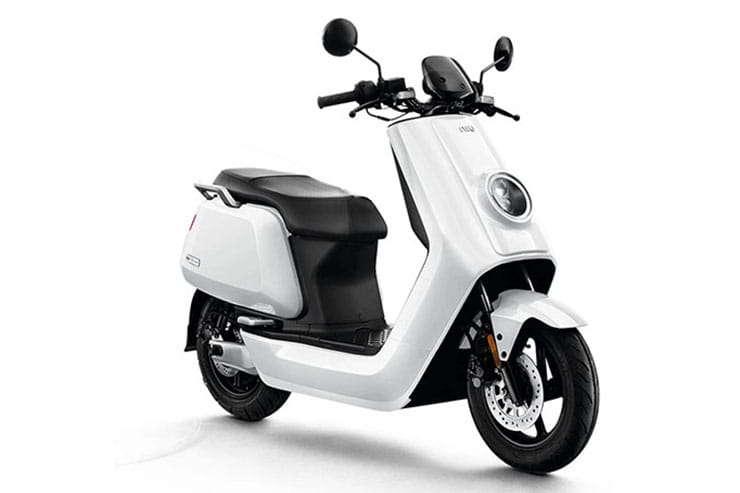 The fact that China has already embraced electric scooters mean that while we’ve got a wait ahead before the Piaggio ONE goes on sale, and its price and range details are unknown at this stage, there are already bikes on sale here that target the same market.

Super Soco, which has proved to be the UK’s most popular electric bike brand, already has two models that directly compete with the ONE. The CPX is a 125cc-eqivalent, with a 56mph top speed and a range of 44 miles with one battery (at £3599) or 87 miles in £4699, twin-battery form.

The same firm also offers the CUX (above) in the electric moped class, costing £2249 and offering 40 miles of range. Like the Piaggo, the Super Socos have hub-mounted motors and removable batteries that can be taken out to charge indoors. 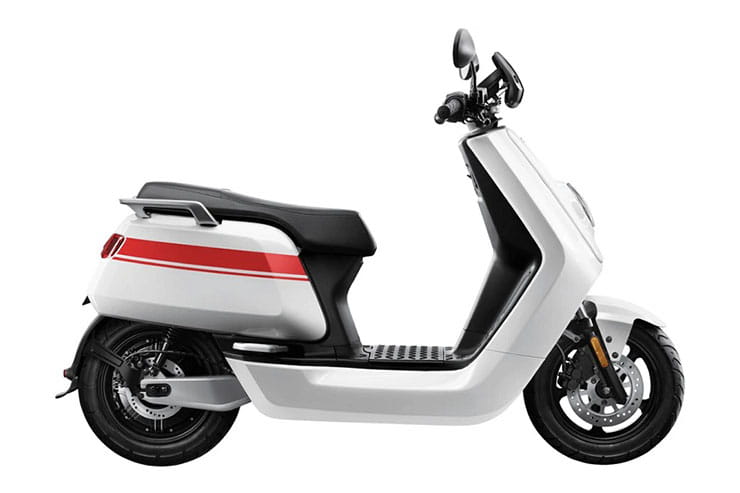 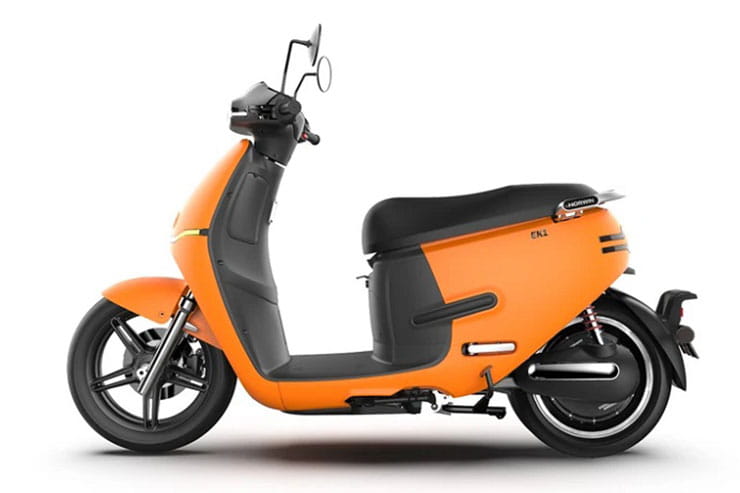 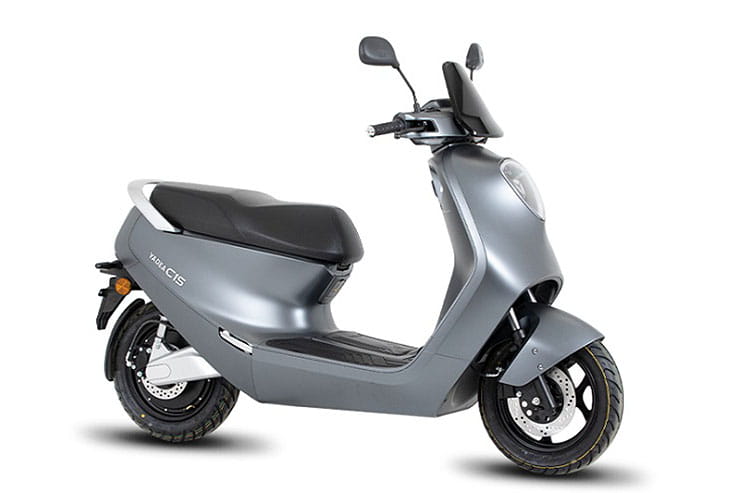 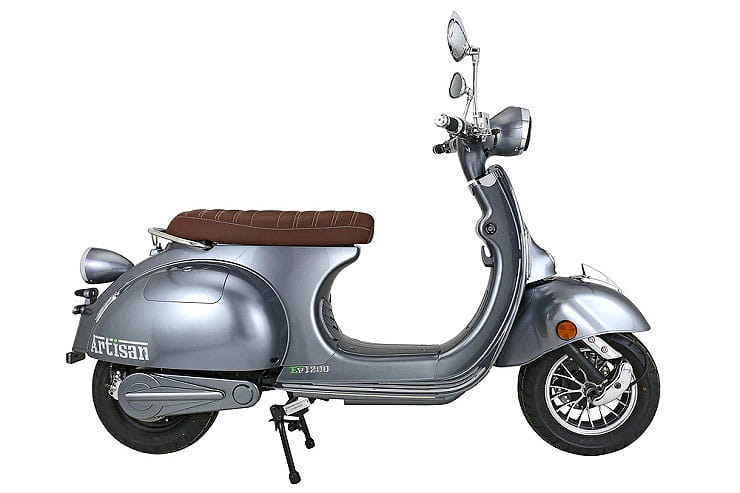