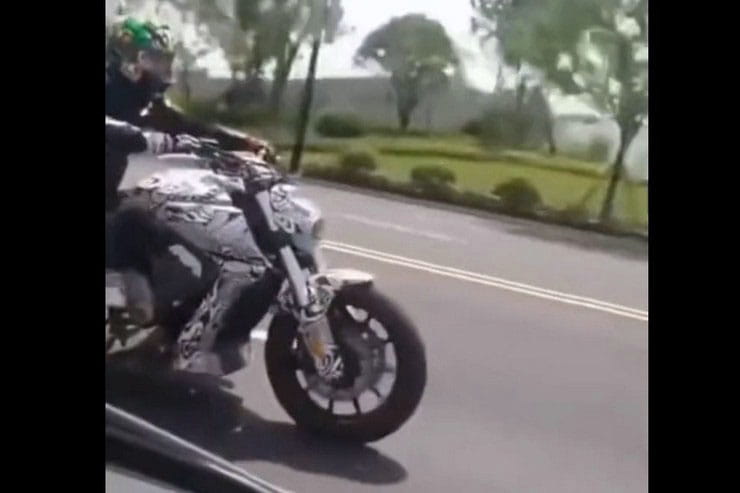 One of the stranger stories of last year was the out-of-the-blue appearance of wild looking four-cylinder concept bike – the LF-01 – from little-known Chinese brand Benda. Now that concept is becoming a production bike and it’s going to be sold in Europe as well as China.

Renamed the LFC700, the production model is set to be officially unveiled on 1st July, but a running prototype has been spotted on test in China, confirming that none of the concept’s crazy styling has been lost in the transition from show stand to showroom. 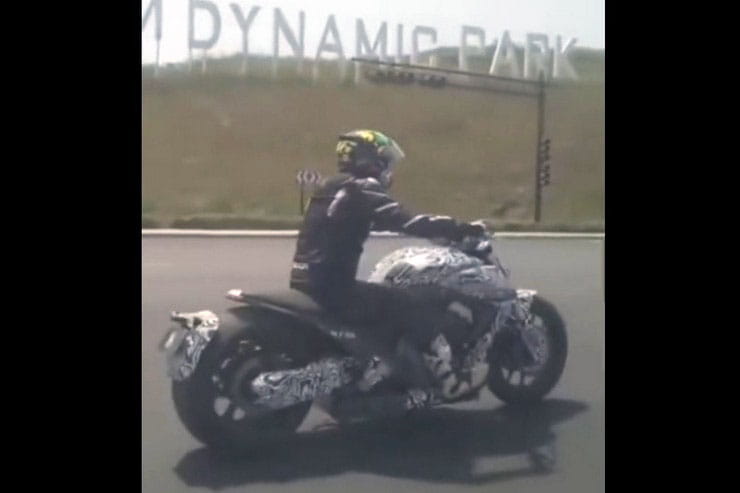 In case you missed it, the LF-01 concept uses only the second four-cylinder motorcycle engine ever to emerge from a Chinese brand. The other is the Italian-designed 600cc four used in various Benelli and QJMotor-branded machines.

Benda’s engine is a 680cc design that bares some distinct similarities to Honda’s CB650 four, with the same 67mm bore and 11.6:1 compression ratio but adds an extra 2mm of stroke to gain 31cc more capacity. Power is expected to peak at 97hp and 12,000rpm. The engine is fitted to an alloy beam frame with a long, low style that gives the bike a stance similar to Ducati’s Diavel, and wrapped in styling that’s completely unique. A massive 310-section rear tyre was fitted to the LF-01 show bike and the same appears to be used on the running prototype, although Benda has said that the big rubber will be optional, with a slightly slimmer 240-section rear coming as standard. 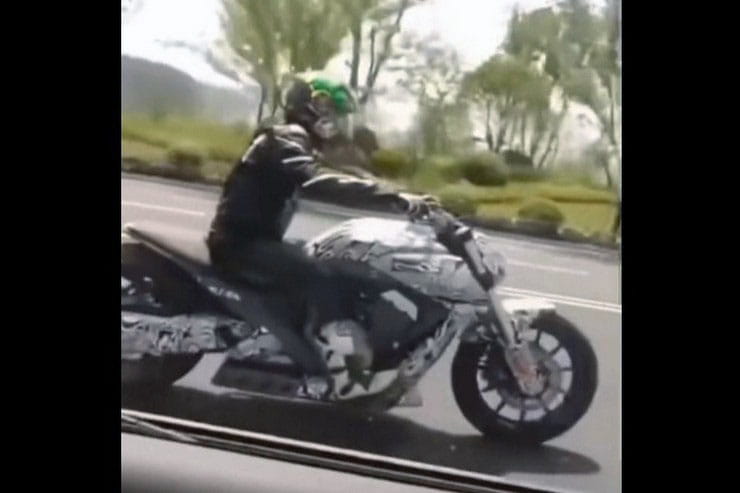 Another standout styling feature is the quad-exit, under-belly exhaust system and it’s also on display on the spied prototype, showing that virtually none of the original design is getting toned down for production. Even the deep-set LED headlight, surrounded by a turbine-inspired air intake that runs through the steering head and into the engines airbox, is retained.

While many Chinese bikes never reach riders on this side of the world, Benda’s intentions are genuinely international, and the company has set up its first European sales network in Spain and Portugal, with around 40 dealers across the countries as well as in the Canary Islands and Azores. The firm’s European website already shows the LFC 700 among the range, albeit with a photo of the LF-01 concept bike.

The facts that the LFC 700 appears right on schedule for its production launch, and that Benda has managed to expand beyond China, mean that the firm’s promise earlier this year to introduce a 300cc turbocharged sports bike in the future, the VTR 300 Turbo, might well turn into reality as well. 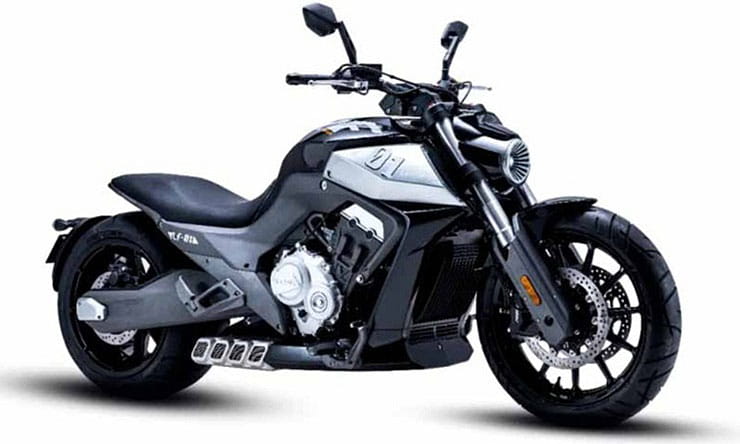