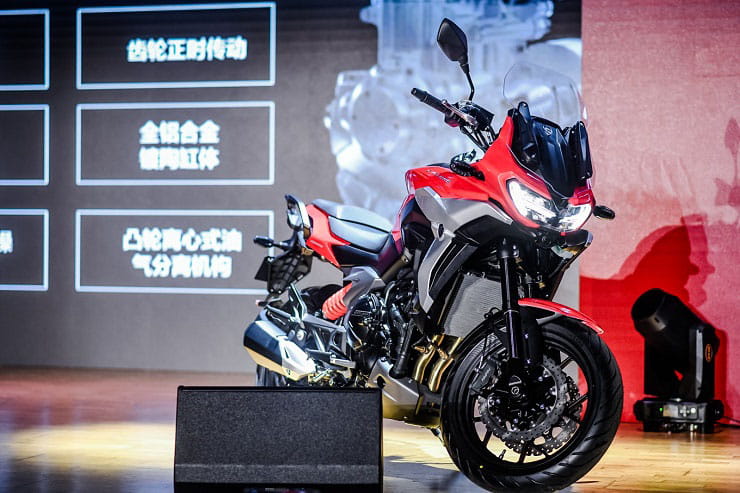 Two new twin-cylinder adventure bikes have been unleashed in Beijing – both offering performance and equipment previously unseen on Chinese bikes. But just how cheap can China make these European-based machines?

We’ve covered the development of Zongshen’s Norton-engined RX6 and CFMoto’s KTM-powered 800MT before, but the vital question of price has remained unanswered until now. Both models had their Chinese market RRPs revealed at the Beijing Motor Show, and they’re showing just the sort of value-for-money that you might expect. 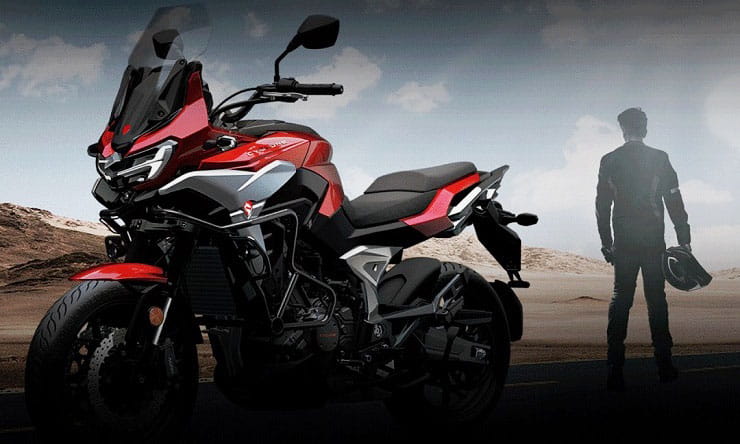 Starting with the Zongshen RX6, it’s powered by a 70bhp version of Norton’s new parallel twin, 650cc engine. Basically two cylinders from the V4 superbike, the engine was developed by Norton and Ricardo, but has yet to even approach production in any Norton-branded models thanks to the British firm’s bankruptcy and later revival under new, Indian ownership.

The RX6 is by far the most impressive bike we’ve yet seen from Zongshen, and while there are no clear-cut plans for exports at the moment we’d be surprised if it doesn’t reach these shores in some form.

So, how much is it? The base model comes in at 48,800 yuan in China – equivalent to £5400. The higher-spec touring version is 51,800 yuan, or £5740. Of course, those prices aren’t directly comparable to what the bike might cost in the UK, as shipping and import duties would be added, but even with an £1000 or so on the tags they’d look pretty competitive over here. 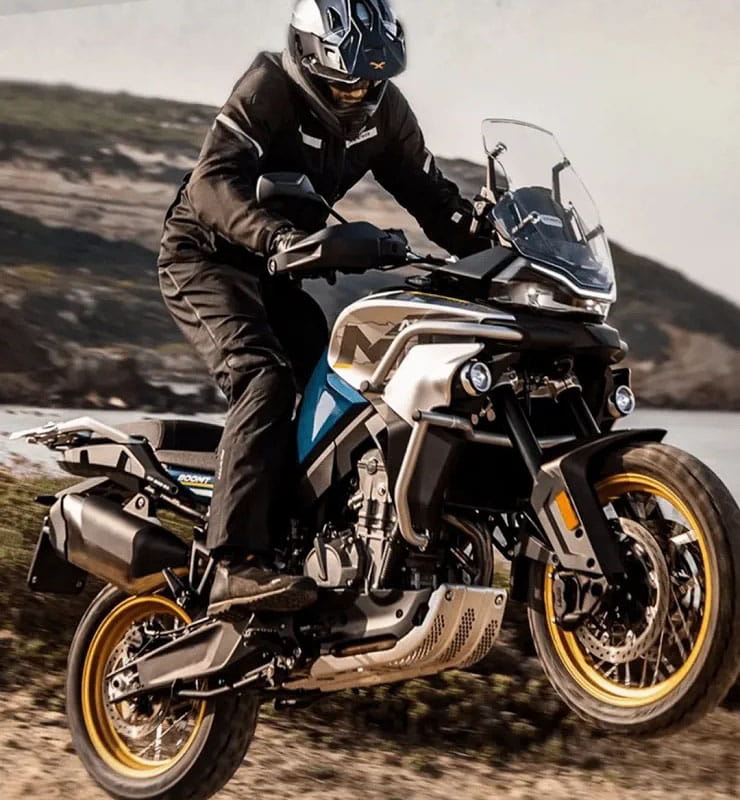 Moving across to the CFMoto 800MT – which is based on the 94hp, 799cc parallel twin engine from KTM’s 790 Duke and 790 Adventure (rather than the more powerful 889cc in the newer ‘890’ versions) – it’s another impressive-looking bike.

With a vast array of standard equipment, it’s very much a luxury model for the Chinese market, and it’s significantly pricier than the Zongshen/Norton.

The cheapest variant, with alloy wheels and a road-oriented stance, costs 57,680 yuan (about £6400) on the Chinese market. That rises to 62,680 yuan (£6950) for the mid-range version with wire wheels, a sump guard and knuckle guards, and 63.680 yuan (£7060) for the top range version with keyless start – although the worldwide computer chip shortage means orders aren’t being taken for that version yet.

Once again, it’s too early to guess at how those prices might translate to RRPs in the UK market – the 800MT isn’t likely to arrive here for some time yet, and when it does there will be added shipping costs and taxes to take into account. However, for the sake of comparison, the CFMoto 650MT costs 43,800 yuan in China (£4850) and has an RRP of £5599 in the UK. With a similar percentage increase, the UK prices of the 800MT would be around £1000 more than the Chinese versions, with the wire wheeled mid-range model coming in at around £8000.