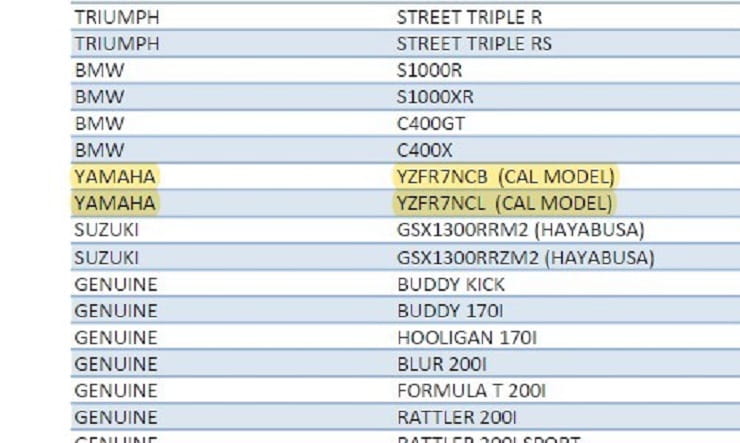 Rumours of a new MT-07-based Yamaha YZF-R7 have been rife for a while but solid evidence has been hard to come by. But now the firm has tacitly confirmed the new model by registering its emissions information in America.

Documents filed with California’s Air Resources Board list two versions of the new bike, probably reflecting nothing more than two different colour options, confirming it will be called the YZF-R7 and that it uses the same 689cc parallel twin that’s used in the MT-07. There’s no evidence that it will make any more power, as the emissions performance of the engine is identical to the latest version of the MT-07, with identical outputs of carbon monoxide, oxides of nitrogen and hydrocarbons, and the bike’s weight is also listed as being the same as the MT-07’s. While CARB uses an unusual weight measurement system that includes a notional rider in the equation, the documents show both the new YZF-R7 and MT-07 as coming in at 280kg using that arrangement.

While its performance and exclusivity won’t be up there with the original YZF-R7, it will definitely beat the old bike when it comes to price, with a tag that’s sure to be near the £6899 of the MT-07.

With the R6 now off the market in Europe, the new R7 will in part replace it. However, for a comparative performance level combined with modern emissions performance, perhaps Yamaha needs to consider a faired YZF-R9 based on the latest, Deltabox-framed MT-09… 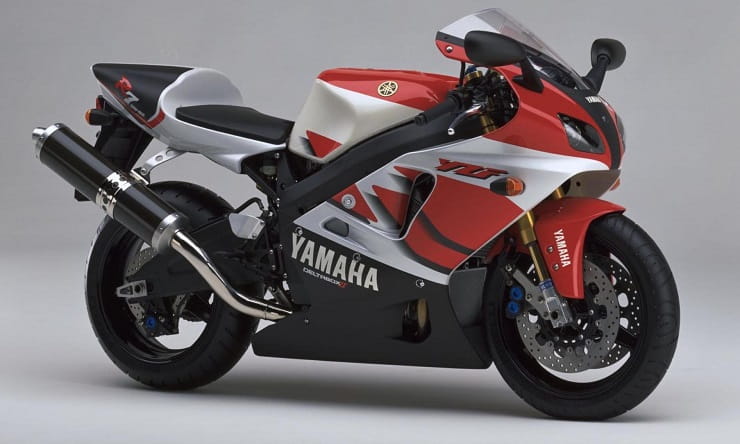