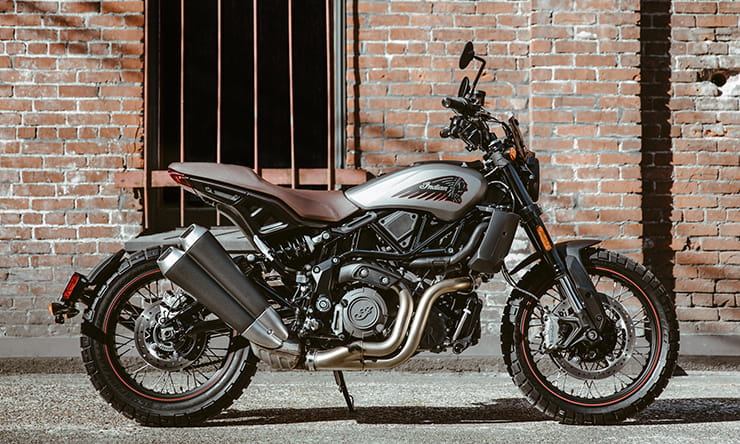 Indian has completely revised its water-cooled FTR street bike range for 2021 and while we’ve seen four versions of the bike already there’s another on the way.

European type-approval documents show that the firm is planning to launch an ‘FTR S Champion Edition’ – no doubt intended to mark the firm’s repeated titles in the American Flat Track championship. Indian has won four consecutive titles with the FTR750, the bike that inspired the roadgoing FTR 1200, and there’s little to indicate that 2021 won’t be the company’s fifth in a row.

While the FTR S Champion Edition’s name suggests it will be a derivative of the mid-range FTR S, which sits between the FTR and the FTR R Carbon in the range, the new bike’s type-approval details tell a different story. While it has the same 123hp, 88.5lbft V-twin as the rest of the range, the Champion Edition’s dimensions reveal that it’s actually derived from the FTR Rally (above) rather than the FTR S. Its 2287mm length, up from the S’s 2223mm, shows that it’s using the 19in front, 18in rear wheel dimensions of the Rally rather than the 17in rims used on the base FTR, the FTR S and the FTR R Carbon. Similarly, its width is the same 867mm as the Rally rather than the 830mm of the other models.

It's a move that makes sense for a bike marking flat track success, since the FTR750 racer uses 19in wheels, and until the 2021 model year, the FTR 1200 used 19in front and 18in rear wheels for the road-oriented versions as well as the Rally. That means that while the Champion Edition might use the same wire wheels as the Rally, it could also revive the larger-diameter cast alloys of the earlier FTR 1200 – the flat track race bikes have appeared with both wheel constructions, so either choice could be considered ‘authentic’.

The type-approval specs show that the Champion Edition will be 4kg lighter than the Rally but 3kg heavier than the normal FTR S, with a ready-to-ride mass of 236kg including a tank of fuel. In terms of appearance, special paintwork is likely to mark the bike out, although since the FTR R Carbon already shares its colour scheme with the FTR750 race bike, it’s possible that the Champion Edition will use the Carbon’s body parts and red frame (below) allied to the Rally’s wider bars and bigger wheels.

As the Champion Edition is already type-approved we probably won’t have to wait long to find out for certain. 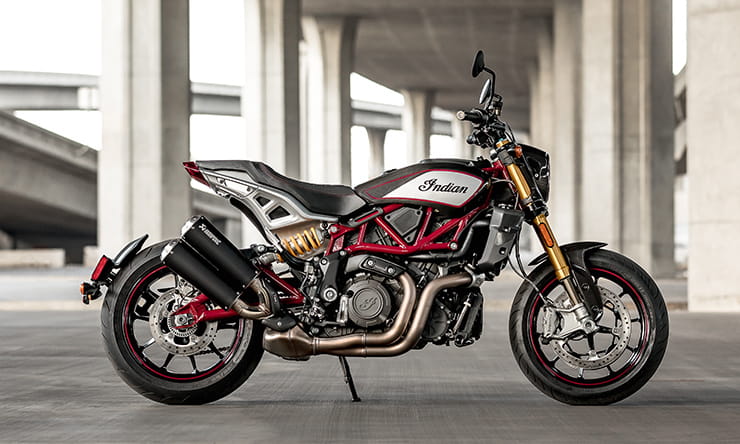