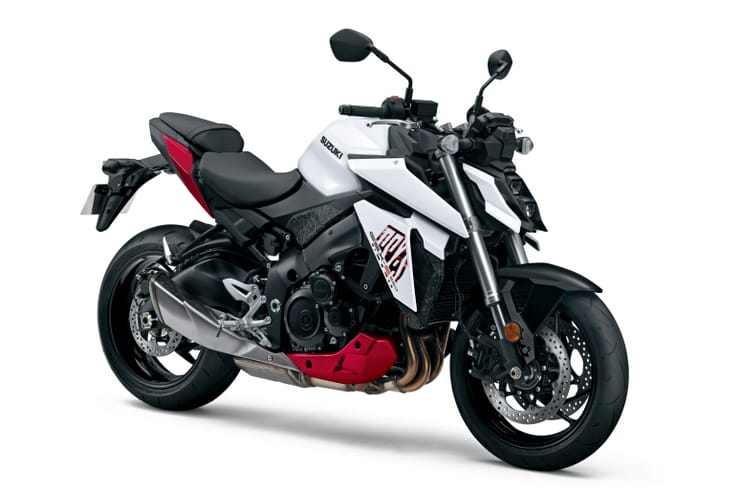 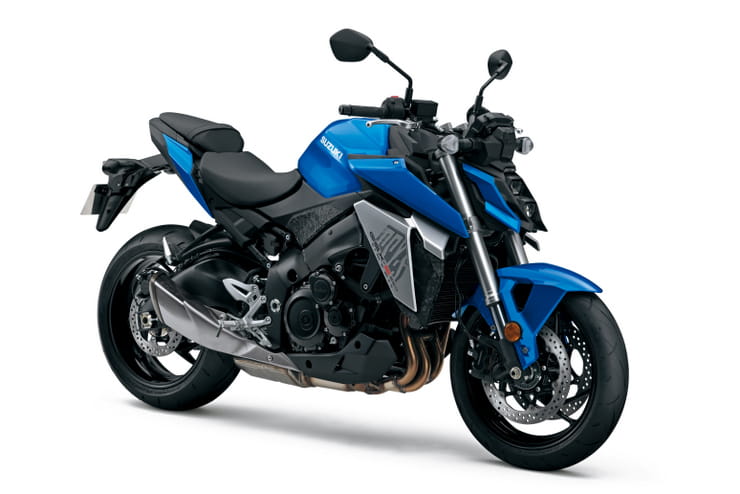 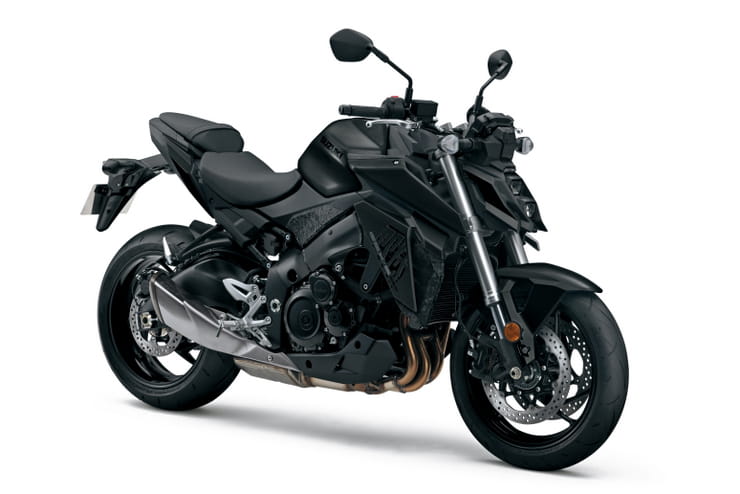 If you’re taken by Suzuki’s new GSX-S1000 naked superbike but only have an A2 licence the firm is rushing to the rescue with its new GSX-S950 to precisely suit your position.

Under the current licence laws, anyone with an ‘A2’ licence is restricted to bikes with no more than 47hp (35kW), but as an additional wrinkle you’re not allowed to artificially restrict a bike that naturally makes more than twice that much (94hp/70kW) as standard. That means the 150hp (112kW) GSX-S1000 can’t be the basis of an A2-restricted machine.

Most manufacturers have grasped that they can circumvent this niggle by releasing A2-specific versions of their bigger bikes. By taking a higher-powered model and then limiting it to 70kW from the factory, it can then be restricted further to the 35kW A2 limit legally. And that’s precisely what the new GSX-S950 does. 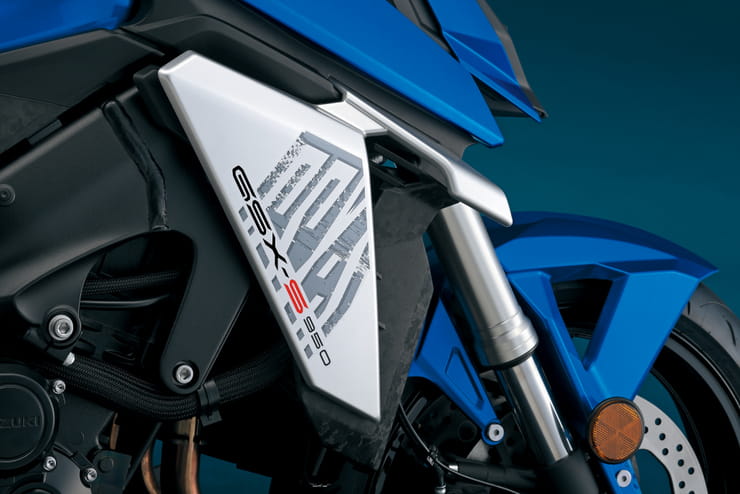 Although the firm hasn’t released detailed information about how that reduction is achieved, revs clearly play a significant role. The GSX-S950’s peak power arrives at only 7800rpm, while its max torque of 68lbft comes at 6500rpm. On an engine that doesn’t redline until 11,500rpm, those figures suggest the top end has been severely cut back via ECU tweaks. In comparison, the GSX-S1000 with essentially the same engine makes its 150hp peak at 11,000rpm and 78lbft at 9250rpm. One wonders how hard it might be to regain those missing horses?

In A2 form, the GSX-S950’s power gets halved again via the application of a restriction kit, bringing its peak to 47hp – less than a third of the amount that the identical-looking GSX-S1000 manages. 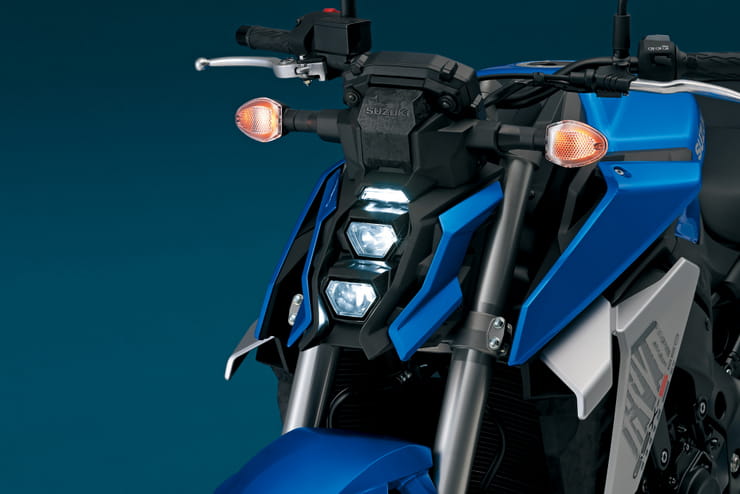 The GSX-S950’s dimensions, including its 215kg kerb weight, are all identical to the GSX-S1000’s, but there are changes beyond the engine restrictions.

Most notably the GSX-S950 gets lower-spec forks, although they’re still 43mm KYB units, and Tokico brake calipers instead of the GSX-S1000’s Brembos. The bars and bar clamps are also new, with a simpler, cheaper design, while further cost-savings can be found in details like the conventional indicators instead of the LED units used on the GSX-S1000.

However, the key technical and mechanical bits are the same, including an unaltered version of the alloy beam frame and swingarm, the wheels, the styling and the LED headlights and taillights. The LCD instruments are also carried over, complete with multi-mode traction control settings, and the 950 still has the same slip-and-assist clutch and the GSX-S1000’s low rpm assist feature to help prevent stalls.

The bike gets a toned-down version of the blue-and-silver paint scheme seen on the 1000, as well as its own take on the all-black colour option, but the ‘glass matt mechanical grey’ that can be had on the GSX-S1000 is replaced with a ‘pearl brilliant white’ colour that adds red highlights on the belly and tail.

Prices have yet to be established but will clearly be below the £10,999 of the more powerful GSX-S1000. Suzuki expects the bike to reach dealers in August. 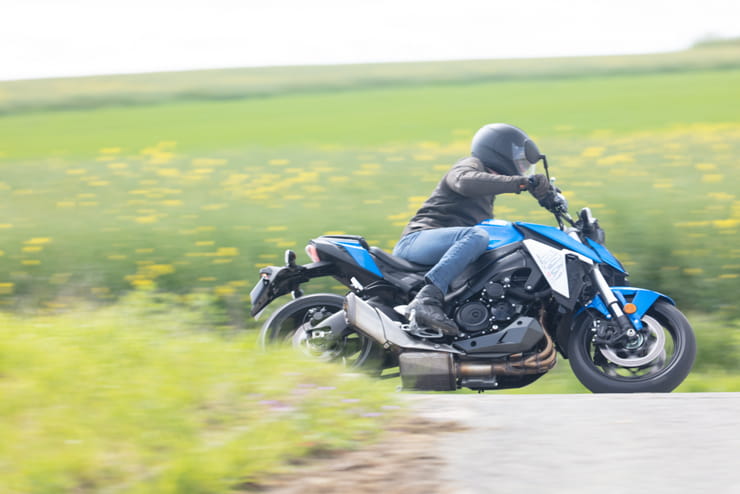 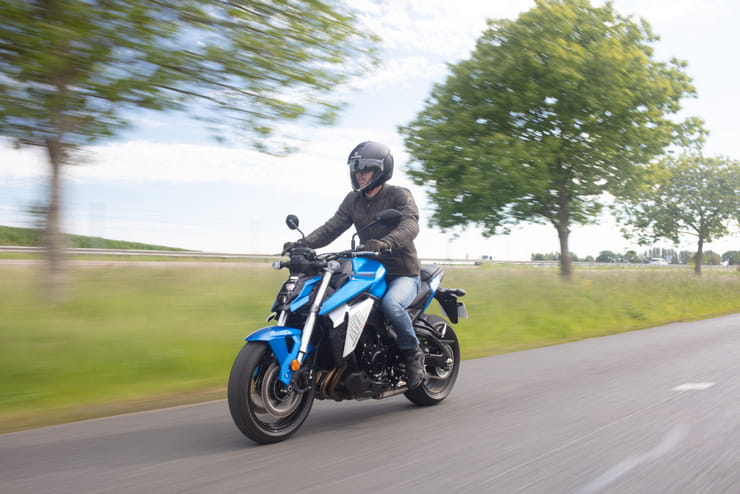 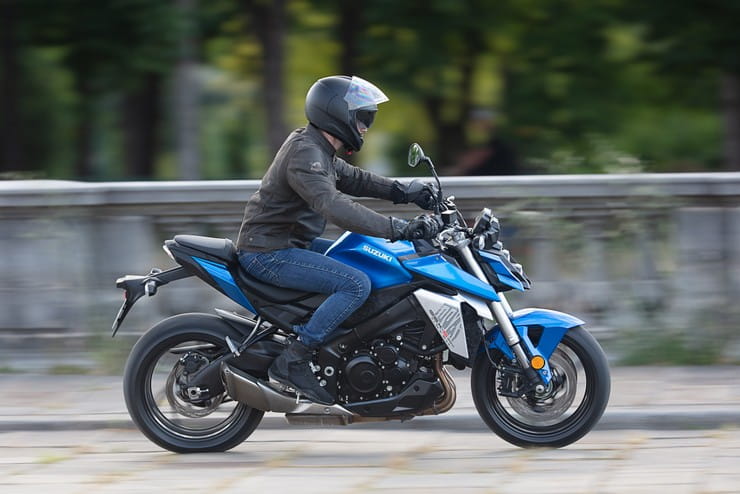