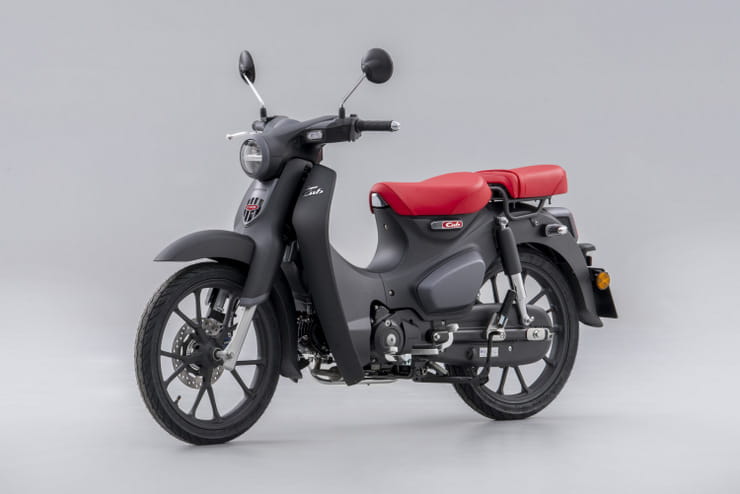 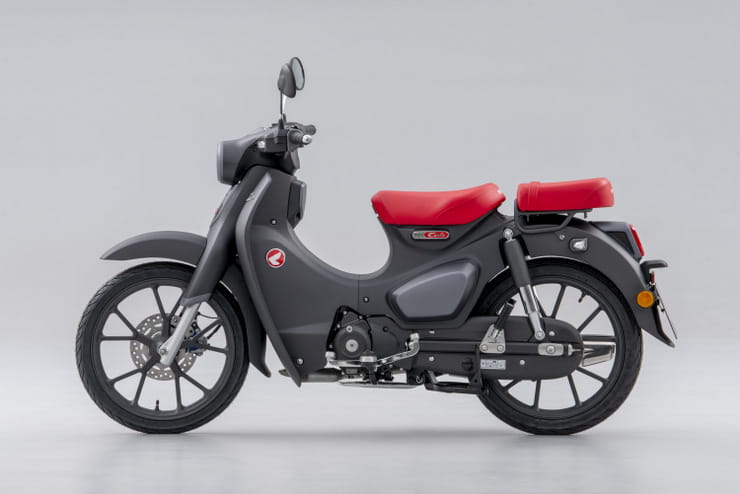 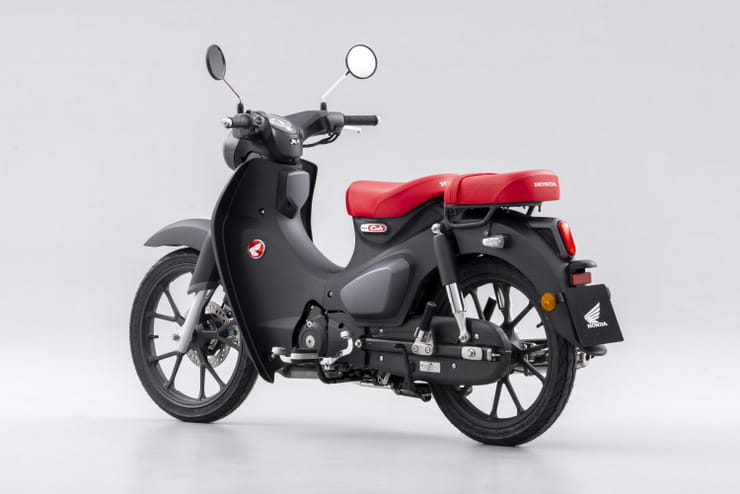 Two of Honda’s most enduring models get significant mechanical updates under their familiar exteriors for 2022 – with both the Monkey 125 and Super Cub 125 receiving new engines to meet the latest emissions limits.

We’ll start with the Super Cub as it’s the latest iteration of the most successful and influential motorcycle ever designed. Since its debut in 1958, well over 100 million Super Cubs have been sold – that landmark was passed in 2017, and the following year saw the bike’s return to the European market with the Euro4-compliant Super Cub 125. Now, with Euro5 emissions rules in place, it’s time for another big mechanical revision. 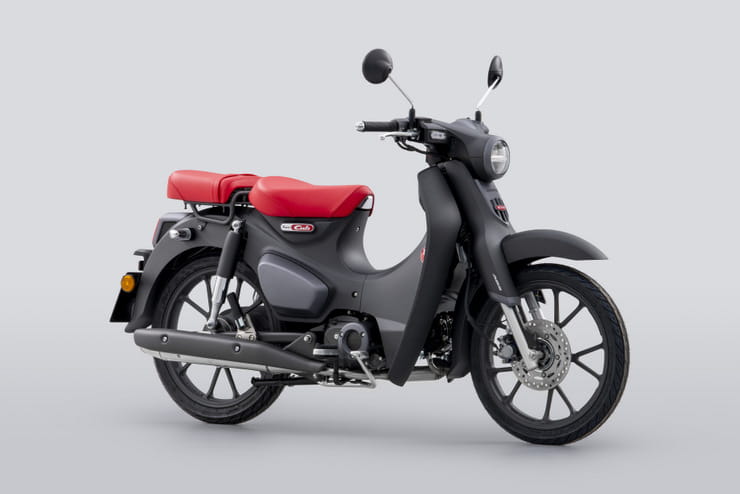 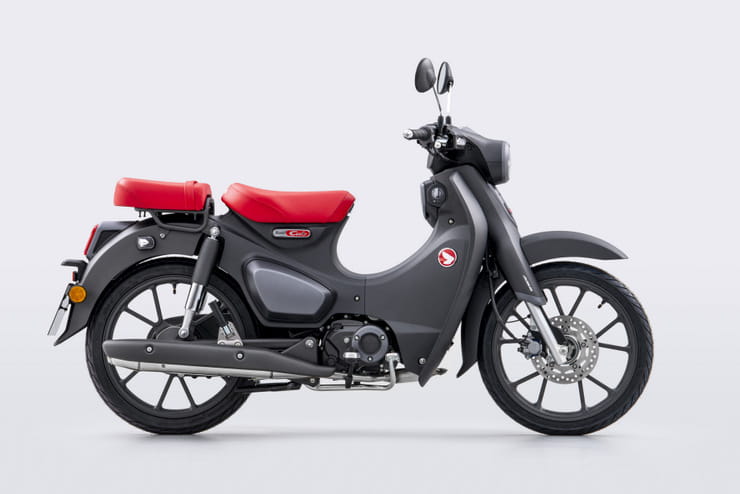 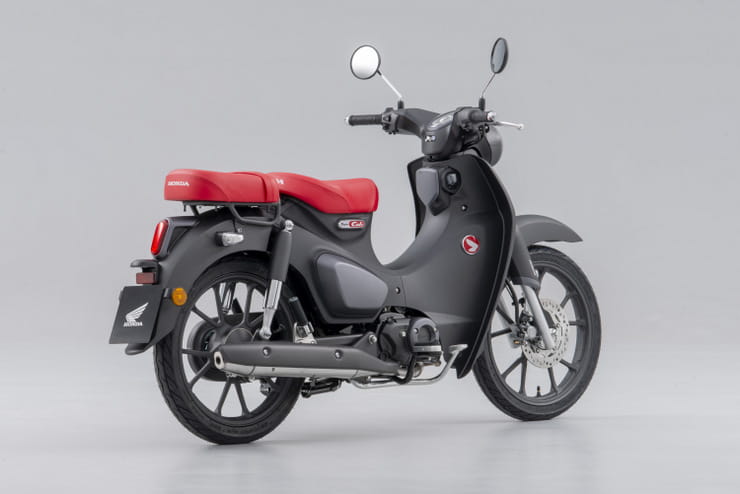 Visually, the latest Super Cub carries over the traditional looks of its predecessor but can be picked out by the addition of a pillion seat and pegs. Both are suitable utilitarian; the seat mounts on a tubular steel bracket while the passenger pegs are bolted straight to the swingarm to give pillions a vibro-massage over bumps. In real-world use, where most Super Cubs are owned by L-plate riders who aren’t allowed to carry passengers, the extra seat is realistically a useful new place to strap luggage to.

The new engine bolts to the same four-speed transmission as before, allied to a centrifugal clutch so there’s no need for a clutch lever. Fuel economy, always a key Cub selling point, remains the same as the outgoing model at 188.4mpg (66.7km/l), so even with a tiny 3.7 litre tank there’s a potential 153 miles between fill-ups. 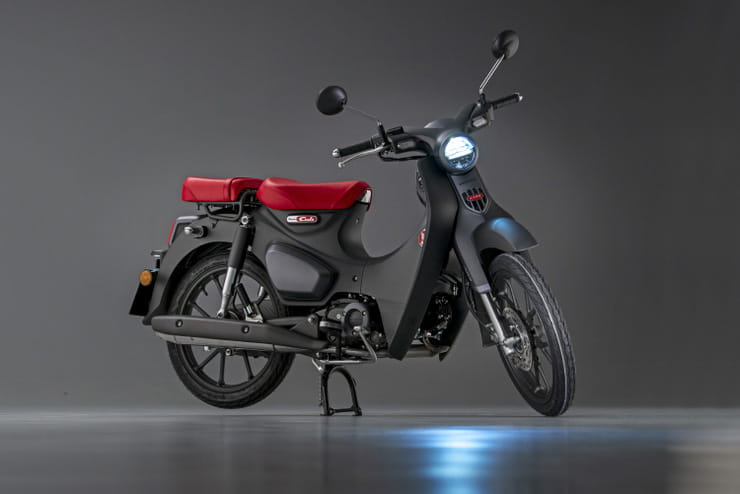 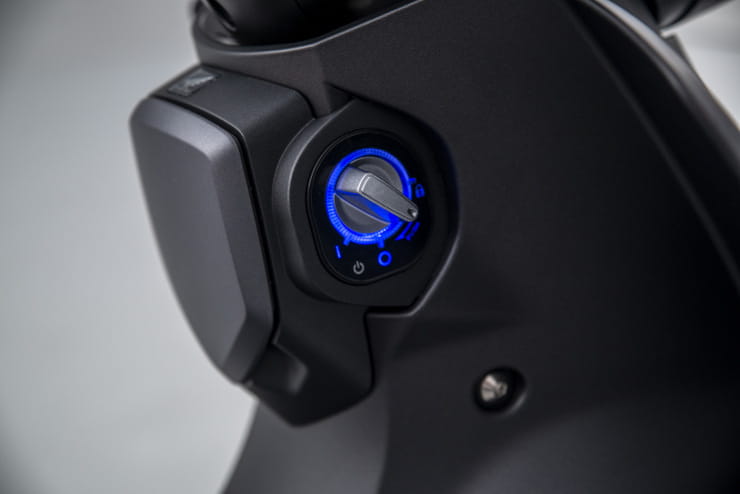 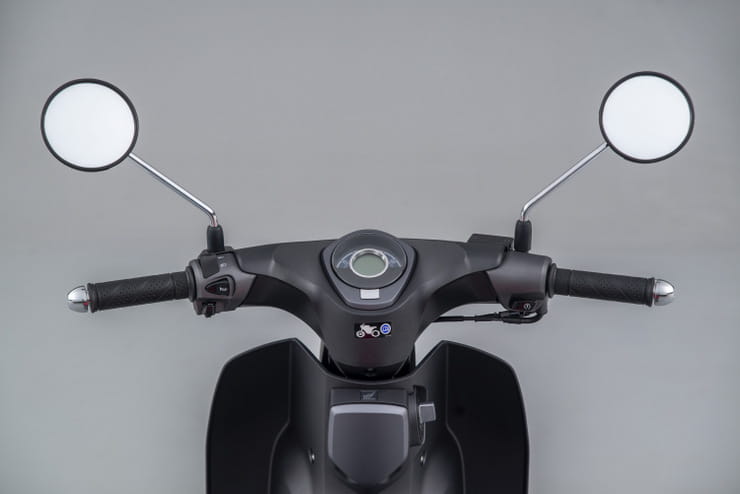 As on the existing Super Cub 125, the 2022 model’s traditional looks enclose some modern tech, including LED lighting throughout and Honda’s ‘Smart Key’ keyless ignition system with a proximity fob that activates the ignition and immobiliser. The clocks are an LCD digital display sitting in the centre of an analogue speedo, with a half-circle of warning lights below.

The chassis is essentially unchanged, but with new springs in the forks and rear shocks for better handling. The geometry remains the same as the previous model, with a 26.5 degree head angle and 1245mm wheelbase, while weight rises by 1kg to 110kg wet. 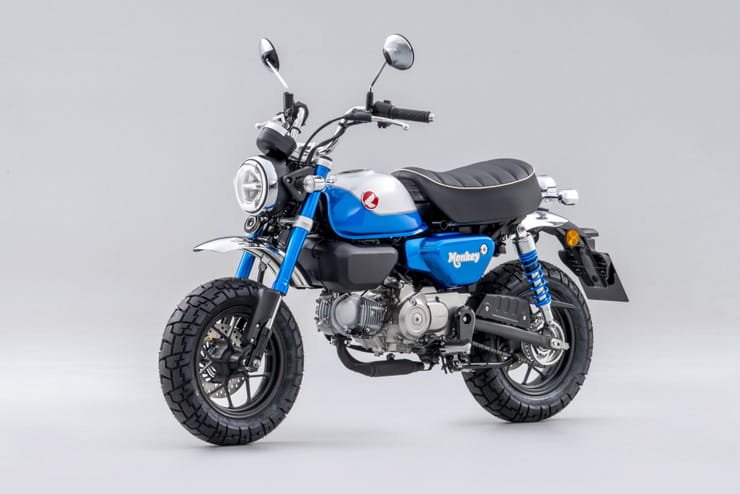 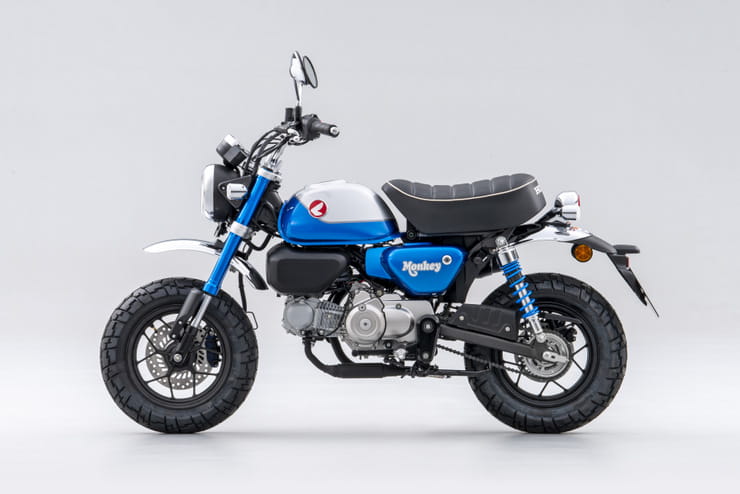 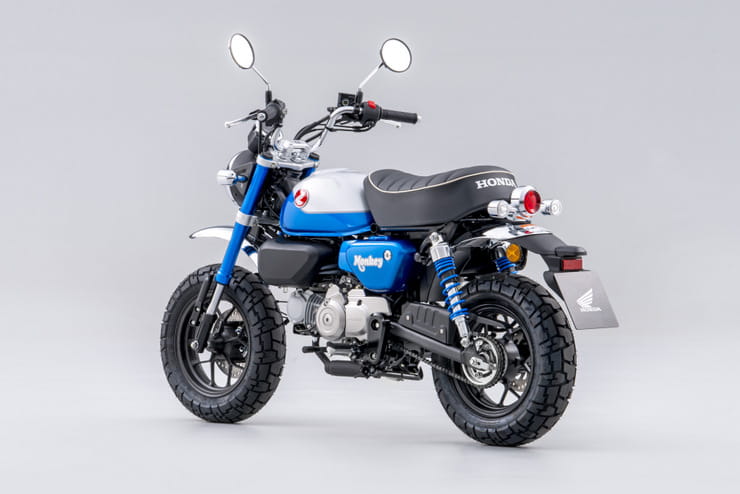 Moving to the Monkey 125, the big changes are once again to the engine to get the bike to pass Euro5 emissions rules.

The latest-generation MSX125 Grom donates its entire engine to the bike, including its five-speed transmission to replace the old model’s four-speeder. That means the Monkey gets the same bore-and-stroke changes as the Super Cub, going from 52.4mm x 57.9mm for the old model to 50mm x 63.1mm on the 2022 version. Peak power and torque figures are unchanged, with 9.25bhp and 8.1 lbft, although they arrive at slightly different spots in the rev range thanks to the new long-stroke engine. Max power now comes at 6750rpm instead of 7000rpm, while peak torque arrives at 5500rpm, up from 5250rpm. Those changes are pretty minimal and might hint at a fractionally narrower power spread, although the addition of fifth gear should more than offset any disadvantage, as well as making the bike less frantic as it nears its 56.5mph top speed. Fuel economy is basically unchanged, with 188mpg claimed, compared to 189mpg for the previous version. Masochists could theoretically spend over 230 miles in the seat between fuel stops, thanks to a 5.6 litre fuel tank.

Unlike the Super Cub, the Monkey’s gearbox uses a manual clutch, so it’s a conventional riding experience even if the bike looks and feels like it’s shrunk in the wash. 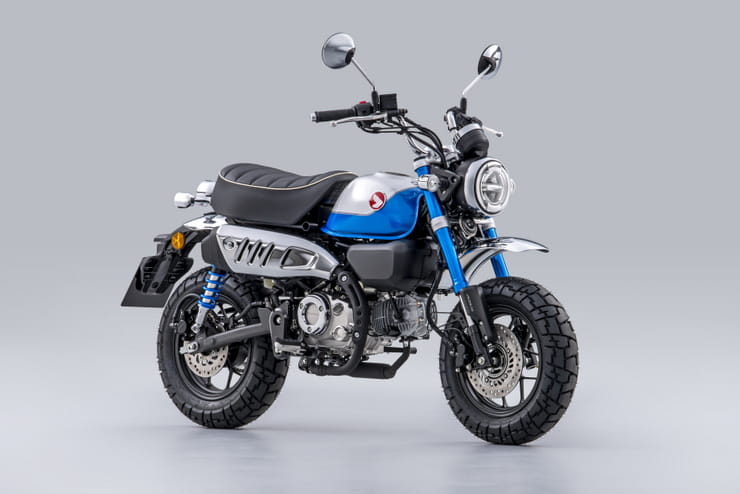 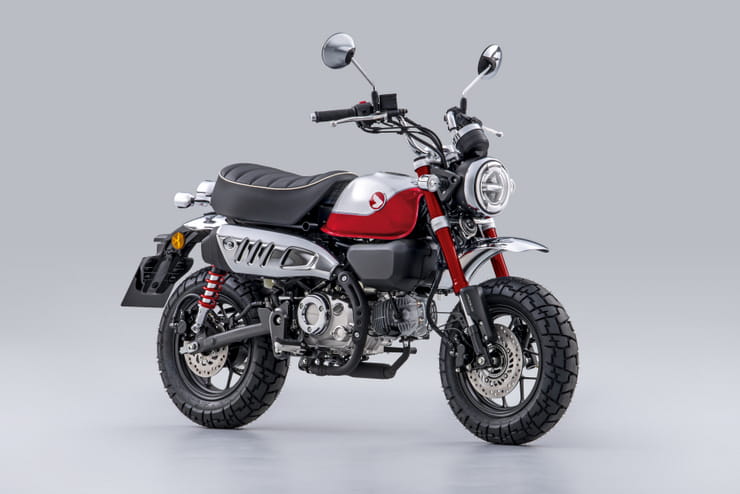 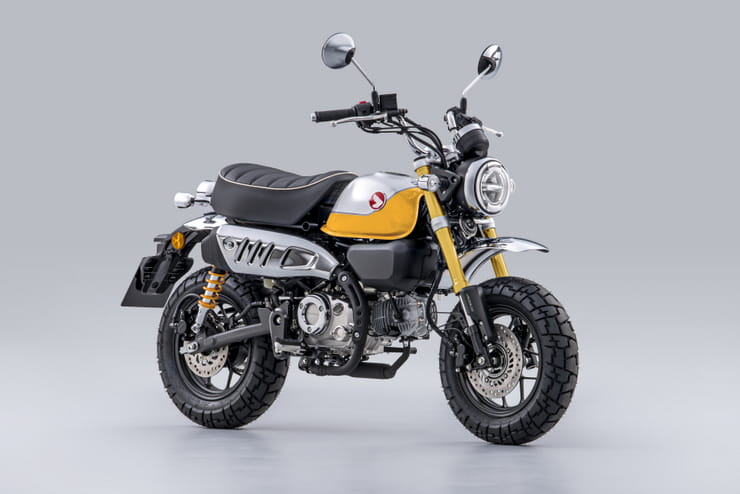 On the chassis side, the bike is largely unchanged, although the rear shocks now have two-stage springs and revised damper rubbers, reducing rear suspension travel by an insignificant 2mm (down from 104mm to 102mm) but giving better ride and control on bumpy surfaces.

Other than that, the bike is much the same as the previous version, although Honda says its kerb weight has dropped fractionally, down from 107kg to 104kg, presumably as a result of the new engine fitment.

On the electronics side of things there are no changes, but the Monkey was already surprisingly high-spec, with kit including LED lighting, LCD instruments and ABS that includes an Inertial Measurement Unit (IMU) to stop the rear wheel from lifting when you slam on the anchors – always a risk with such a short-wheelbase bike. 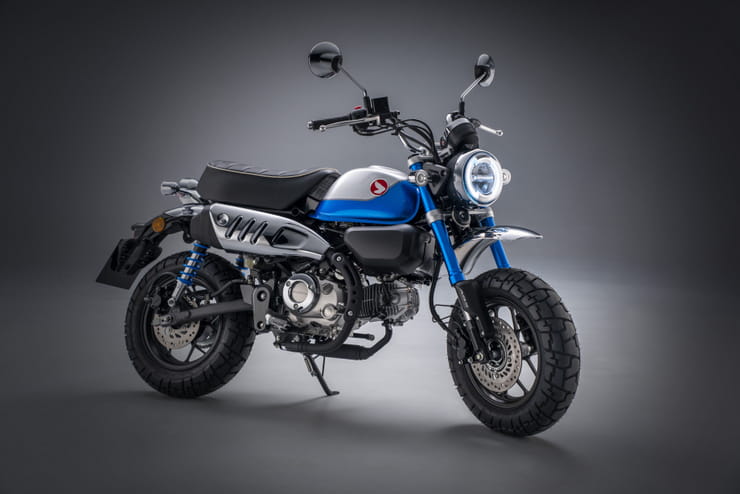 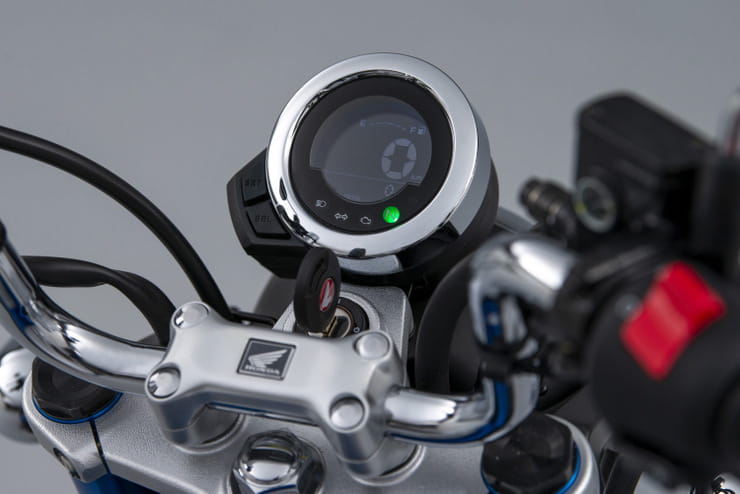