‘LiveWire One’ gets power boost over Harley LiveWire 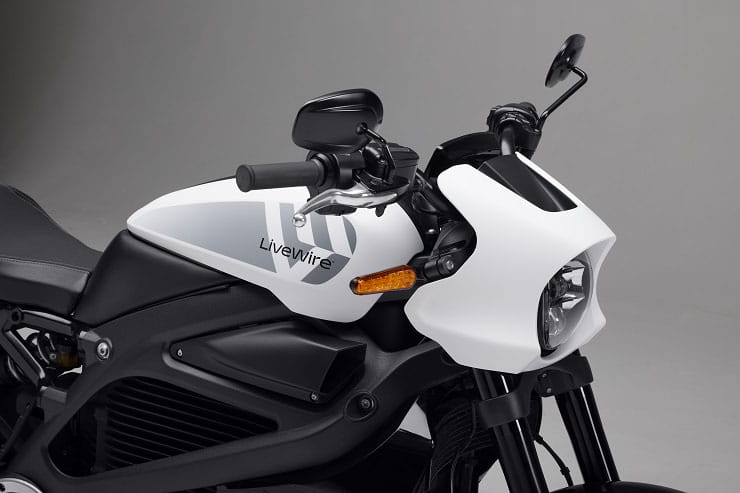 Last month Harley-Davidson announced that ‘LiveWire’ was becoming a standalone brand for its electric models – ridding them of the Harley badge and setting out to create an image of its own. Now the new brand in on the verge of launching its first machine and it will be called ‘LiveWire One’.

Revealed in US NHTSA (National Highway Traffic Safety Administration) paperwork, the LiveWire One is notable for getting a big power increase over the original Harley LiveWire.

The documents show the VIN layout for the new bike, its make (LiveWire instead of Harley), model name (LiveWire One instead of LiveWire) and its model code, which is now ‘LW1’ instead of ‘ELW’. They also confirm that it’s still a ‘Custom’ bike. But most importantly the paperwork shows that the new machine’s power is 101bhp, up from 70bhp for the 2021 Harley LiveWire.

Despite not being expected to be launched until next month, well over halfway through the year, the LiveWire One is listed as a 2021 model rather than a 2022 machine, so sales must be expected to start immediately after it’s shown. 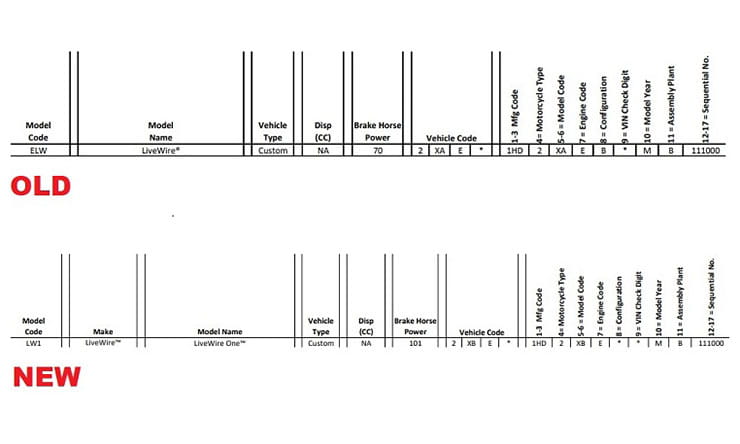 That 70hp figure quoted on the original LiveWire’s NHTSA details might seem a bit odd if you’re familiar with Harley’s first electric bike. The firm’s official specs put the first-gen LiveWire’s power at 105bhp. There’s even more confusion when we add European type-approval info into the mix, as the original LiveWire’s EU documents show a max power of 60kW (80.5hp). Further intrigue comes from a newly updated EU approval, still for a Harley-branded LiveWire rather than the LiveWire One, showing a peak of 63kW (84.5bhp). This all reflects the difficulty and inconsistency in power measurement for electric bikes, with some figures showing a ‘continuous’ peak power – the max that a bike can manage indefinitely without overheating – and others reflecting a genuine short-term maximum performance. If the US NHTSA documents are consistent, though (and it’s a significant ‘if’), then the LiveWire One has a power increase of about 45% over the original LiveWire.

Digging into the bike’s VIN, its first three characters remain ‘1HD’ for Harley-Davidson, even though it won’t carry the Harley name, and the 4th digit is ‘2’, which is code for ‘electric bike’. The 5th and 6th characters – ‘XB’ are the model code, and replace ‘XA’ for the original LiveWire – and the 7th is still ‘E’, again referring to its electric motor. The 10th character is ‘M’, which confirms it’s a 2021 model (2022 would be ‘N’) and the 11th – ‘B’ – shows that it’s made in Harley’s York, PA assembly plant.

At the moment, all those indications combine to suggest the LiveWire One will still be much like the existing Harley LiveWire, probably based on the same chassis and mechanical components but with the motor and electronics revised to give a power increase of some sort – although whether it turns out to be the 31hp shown in the documents or a different figure entirely remains to be seen.