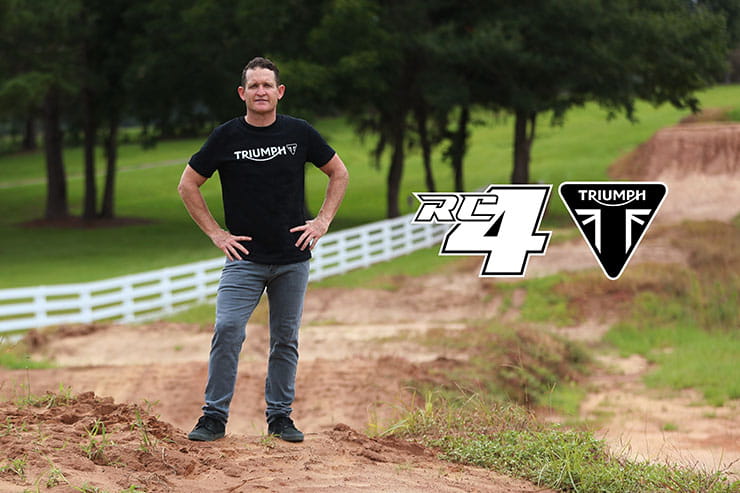 Triumph might have gone from strength to strength in recent years but ever since the Hinckley range first appeared in 1991 the firm’s bikes have always focussed on some narrowly defined segments at the luxury end of the market. Now the company has announced that it’s entering a completely new arena by planning to launch an entire range of motocross and enduro models.

That means going head-to-head with the Japanese ‘big four’ and major European players KTM, both in competition and in the fight for a slice of an increasingly tempting market for off-road bikes. The USA in particular is seeing a boom in sales of enduro and motocross machines, with a notable uptick in the market since the onset of the COVID-19 pandemic. Sales of off-road bikes in the US rose by nearly 50% last year, and early signs are that the same rate of growth is continuing into 2021.

Triumph has, of course, got some heritage to fall back on. The ‘Trophy’ name that the firm regularly revives started life as a mark of the firm’s success at the International Six Days Trial in the 1940s, and the traditional idea of a ‘scrambler’ is closely linked to Triumph. However, there’s no recent history for Triumph when it comes to off-road bikes apart from the Tiger adventure models, and the firm will need a dedicated line of purpose-made machines if it’s going to succeed in the field.

The firm says that’s precisely what’s coming. In an announcement today, the company said that “development is well underway on a comprehensive range of all-new Motocross and Enduro motorcycles” and proclaimed a commitment to “race and win at the highest level in the sport.”

That reference to the ‘highest level’ surely means that a 450cc four-stroke single is on the cards to suit the current FIM rulebook’s regulations.

At the moment there’s been no announcement as to when we can expect to see the bikes – that’s due ‘in the coming months’ according to Triumph – but the firm has revealed two big names that are involved in the project: Ricky Carmichael and Ivan Cervantes.

Both former riders, with a vast array of titles to their names, are working with the company to help develop the bikes and prepare the firm for its entry into a new sphere of competition. 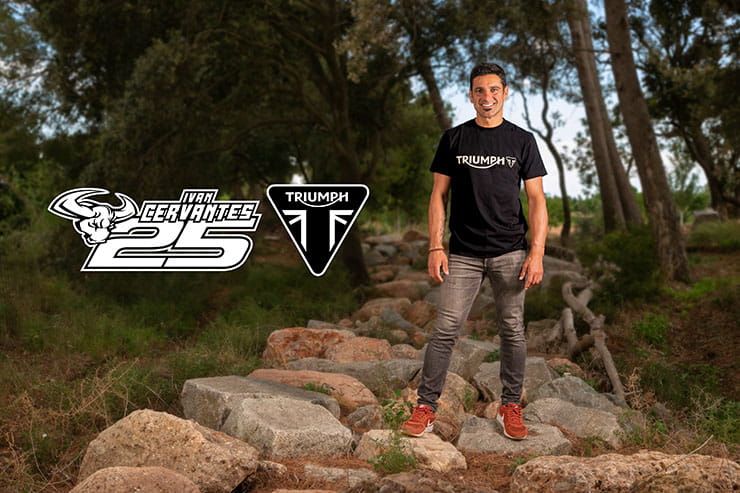 Carmichael said: “I am thrilled to announce that I am joining the Triumph family and even more excited to be a part of their new endeavour into the off-road product category.

“This is an incredible opportunity for me to join this historic brand, and I am honoured and humbled to be a part of the development and release of their off-road motorcycles. Building something from the ground up is something that really is intriguing to me at this stage of my career. What is impressive to me is Triumph's dedication, and passion to develop a top of the class product. Everyone that I have been involved with in this project from the engineers, design groups, R&D dept., etc., have shown extreme passion for what they are doing and that is a recipe for success and something that I love being a part of.”

Cervantes added: “I have loved Triumph motorcycles right from being a small kid, seeing them in films and on television. So, to be working with Triumph from the beginning of this project, is an amazing opportunity for me, not just because it is working with one of the world’s greatest motorcycle brands, but also for being part of building something from zero. It is a dream come true for any racer!

“Like me, everyone I am working with at Triumph is focused to make the bikes the best they can be.  I cannot wait to see the bikes competing at a world level, but I also look forward to when I can stand in a Triumph dealer and know I was part of this very special project.”

While Triumph appears to be going it alone on this project, we can’t completely rule out the possibility that the firm will join forces with a rival to achieve its goals. Triumph already has a deal in place with Bajaj in India to develop a range of mid-sized road-going models, and Bajaj is in turn a major shareholder in KTM. However, we’re expecting the Triumph machines to be completely home-grown designs when they’re revealed.

The move into off-road racing marks the second major step into competition for Triumph in recent years following its appointment as supplier of engines to the Moto2 grid. The firm has generally shied away from head-to-head contests on track with rivals, preferring one-make championships or – as with the Moto2 deal – a monopoly on engine supplies, ensuring that whatever happens, a Triumph-powered bike will win every round.

By entering the MX and Enduro arenas, Triumph will be up against a host of rival firms, all with vastly greater reserves of recent experience in off-road competition. However, with off-road-inspired adventure bikes forming an ever more important part of Triumph’s model range, it’s easy to see that competition success could be marketing gold.

On the flip side, we’ve also seen in the past that entering the off-road sphere isn’t an easy ask. BMW tried and failed to make a mark with its G450X. Launched in late 2007, it was gone by 2011. In the same era, Aprilia’s efforts with its radical V-twin powered RXV450 similarly failed to encroach on the sales or competition success of more established marques.

With Carmichael and Cervantes on board to assist with development, Triumph is positioning itself well to avoid pitfalls. The firm’s CEO, Nick Bloor, confirmed that this is a long-term commitment, saying: “Today’s announcement marks the beginning of a new chapter for the Triumph brand, which everyone at Triumph is incredibly excited to be part of. We are 100% committed to making a long-lasting impact in this highly competitive and demanding world, with a single-minded ambition to deliver a winning motorcycle line-up for a whole new generation of Triumph riders”