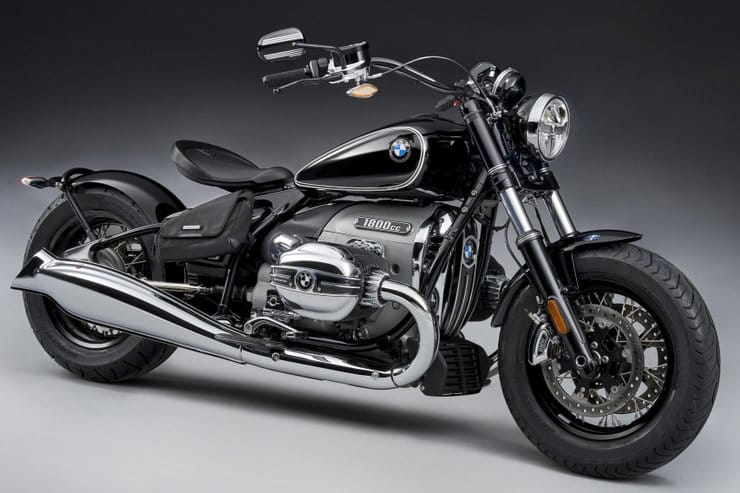 BMW is to unveil detuned versions of its R18, R18 Classic and the forthcoming R18 Transcontinental tourer to suit European ‘A2’ licence laws – creating what must be the lowest power-to-capacity ratio seen on a bike in the modern era.

The new machines will all make the A2 power limit of 35kW (47hp), despite sharing the same 1802cc capacity as the standard R18 models, which are already significantly detuned with a peak of 66bhp on tap. Of course, that means the engines barely need to rev, and the A2 models will hit their peak at a mere 4250rpm (the full-power bike needs 4750rpm to wring out its maximum). And the torque, which maxes out at a ridiculous 114lbft on the A2 models, peaks barely off tickover at just 2000rpm, a full 1000rpm lower than the unrestricted model. Engine aside, the A2 bikes will be identical to the normal R18s, which means mammoth dimensions and weights that seem completely at odds with the riding experience of anyone limited to an A2 licence. The lightest variant weighs in at 354kg wet, while the yet-to-be-revealed Transcontinental, which adds an armchair rear seat and full luggage to the mix, plus the batwing fairing that will also be used on the R18 B bagger, comes in at 436kg according to its type-approval documents.

Unsurprisingly, performance takes a hit from the huge reduction in power, meaning the A2-legal R18s aren’t going to be able to trouble three-figure speeds. While all full-power versions of the R18 are restricted to 112mph, the A2 models manage far less. The lightest, fastest version – the base R18 – can achieve 97mph on its 47hp A2 engine. That figure drops to 93mph for the as-yet-unlaunched R18 B bagger (below) and again to 92mph for the R18 Classic when saddled with an A2 power unit. The biggest model of all, the Transcontinental, is given a type-approved top speed of just 89mph in A2 form.

It's not clear if the A2-legal R18s will be offered in all markets, but the bikes are believed to be slated as definite additions to the firm’s range in France later this year. Both the R 18 B and R 18 Transcontinental are expected to be announced at the same time.