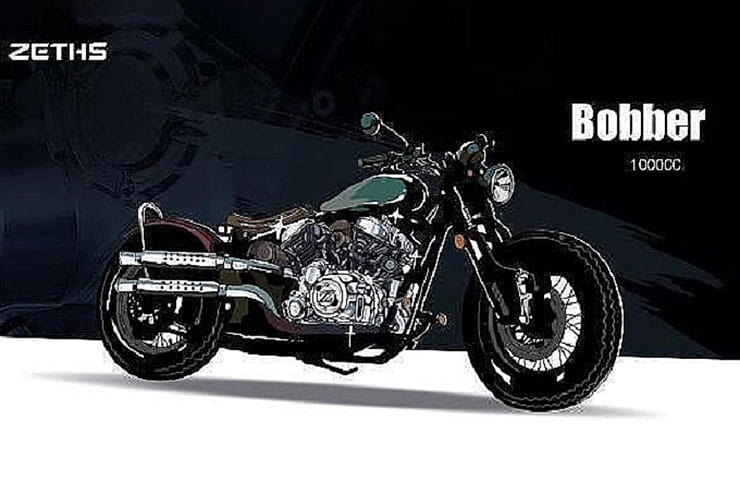 It seems that barely a week goes by at the moment without another Chinese firm springing up with a brand-new engine and plans to make large-capacity bikes. This time its Zeths – a firm that’s previously made 250cc bobbers and choppers – which has launched a new 1000cc V-twin engine and sketches of a future model range.

The new ZT1000 V-twin is Zeth’s own design, although like many Chinese firms starting out on the path to big-capacity engine, it’s used an existing powerplant as a reference point. In this case, there are distinct similarities between the Zeths design and Indian’s water-cooled twin, used in the Scout and FTR.

It’s not a straight copy by any means. The castings, including the cylinders, heads, cases and covers, are all unique to the Zeths engine, but the layout apes the Indian design, including the 60-degree V angle, DOHC heads and even the positions of the engine mounts.

There are internal similarities, too, with the Zeths ZT1000 engine using the same 73.6mm stroke and 93mm bore as the Indian Scout 60. Later the firm plans to introduce a 1200cc version, presumably by upping the bore to 102mm to match the Indian FTR1200. 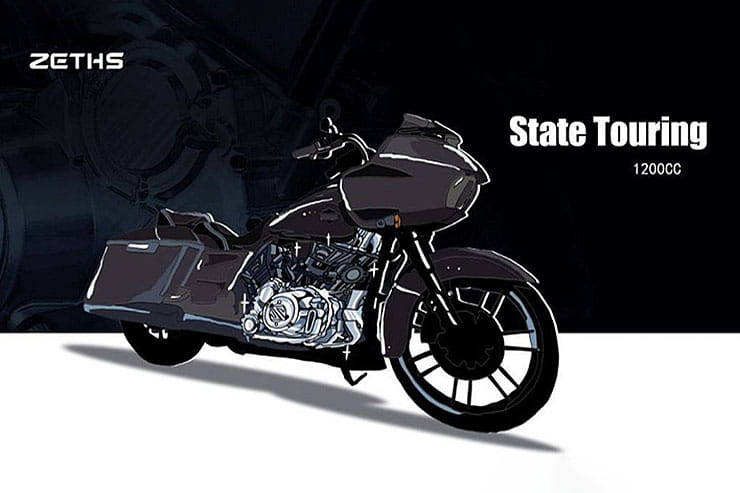 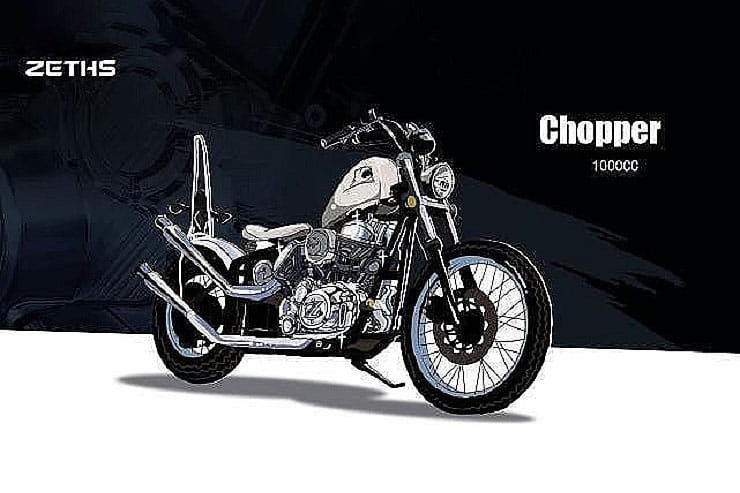 Zeths is promising to plant the new engine into a whole range of bikes in 1000cc and 1200cc forms.

Initially, the 1000cc unit is destined for a bobber, a chopper and a rather FTR-esque tracker, while the 1200cc version due later will go into a touring bagger that has overtones of the Indian Challenger and Harley Road Glide in its styling. 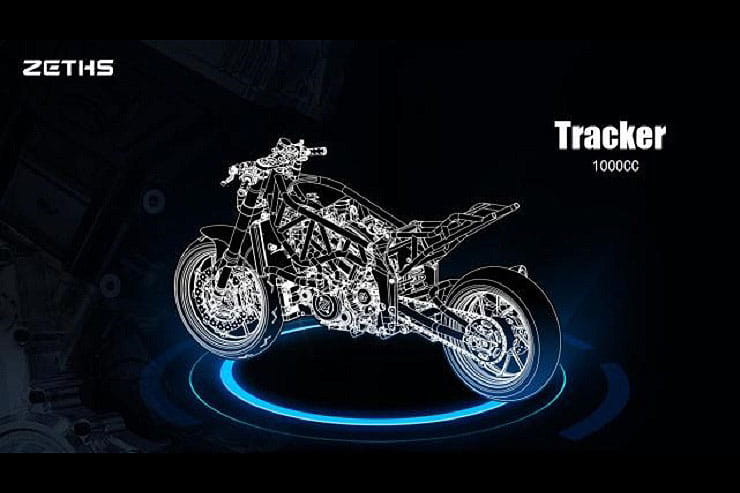 Zeths plans go beyond the new V-twin, too, with development underway on a 500cc twin-cylinder sports bike, complete with an alloy beam frame and swingarm, upside-down forks and radial brakes that look like they’re from Brembo.

While details of this machine are still vague, the firm has released an image of it undergoing testing and says the final version is to be unveiled in September.

Wil any of these bikes come to Europe? That remains to be seen, although Chinese bike firms are becoming increasingly outward-looking as they expand to larger-displacement models, so don’t bet against it happening at some stage. 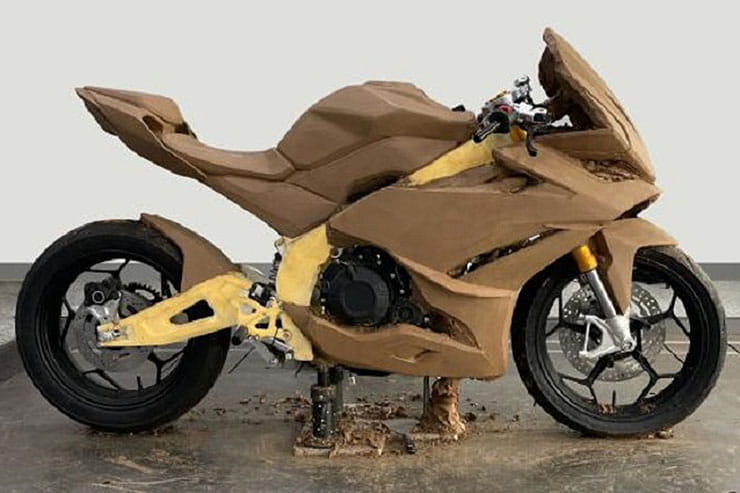