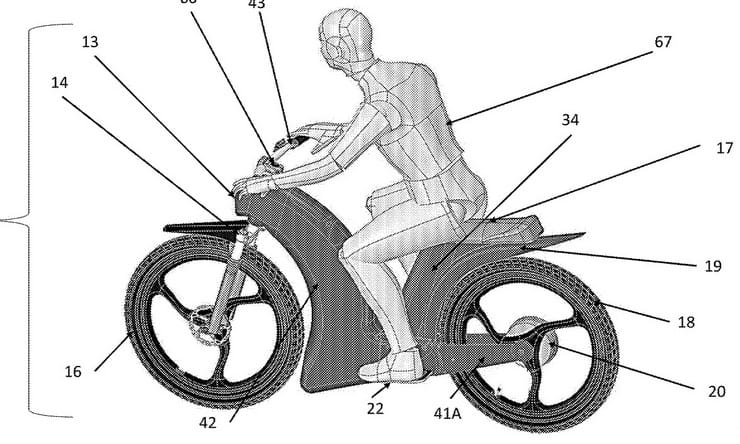 Fuell is the latest project from engineering pioneer Erik Buell and while the firm is already offering an electric motorcycle and an e-bicycle its next project is a machine that covers both bases in one.

The Flluid_2 was previewed last year as an e-bicycle, but new patents show a similar-looking machine that’s an electrically assisted bicycle and an electric scooter rolled into a single package, with some simple bolt-on parts that allow it to be converted from one state to the other. That means it should be able to be used under a variety of different rules when it comes to licences, insurance and registration depending on how it’s been set up. 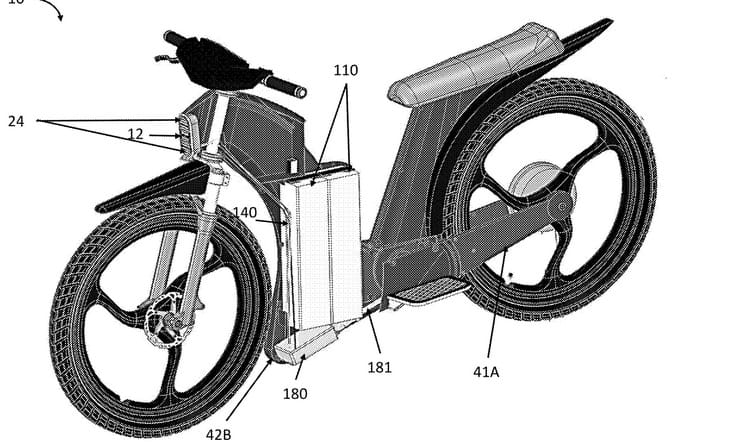 The bike’s basis is a magnesium monocoque frame that doubles as a holder for a variety of battery configurations. The patent shows that it can be fitted with a single small battery pack, a larger long-range pack or two of the small packs, all sitting vertically in a space between the rider’s knees. These feed a hub-mounted motor in the rear wheel that presumable doubles as a generator to recharge the batteries under braking.

The clever bit is the way that the bike can be converted from pedal-assisted e-bicycle to a fully electric scooter. In e-bike form, pedals are fitted, along with a belt drive to the rear wheel on the right-hand side. In this form, the bike is shown as a single-seater with a single-sided rear arm (it’s not a swingarm, as there doesn’t appear to be any rear suspension at all).

However, the bicycle-style single seat and its adjustable-height seat post can be unbolted and replaced with a fixed-height dual seat setup, with a suitably bulkier post to cope with extra weight. At the same time, the pedals are removed, along with the belt driving the rear wheel, and replaced with plates holding fixed footrests. In this form, the bike is also shown fitted with a second rear arm holding the back wheel for more rigidity, and presumably the hub-mounted motor has its power cranked up to suit scooter or moped legal limits rather than the more restrictive e-bicycle ones. 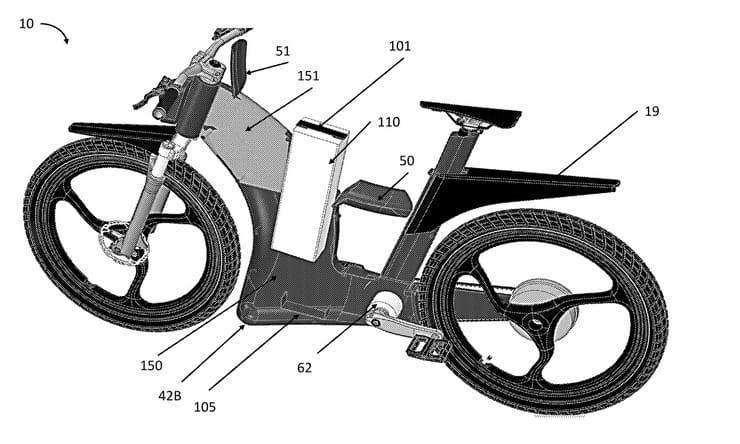 Although the patent doesn’t explain the thinking behind the bike’s design, it seems that there could be several benefits from the arrangement.

From a manufacturing point of view, sharing major components across different versions of the machine should help cut costs and simplify parts supply chains. Meanwhile, the ability to convert the bike from one form to another could offer several benefits to owners.

Under UK rules, electrically assisted bicycles can be ridden by anyone over the age of 14 with no need for insurance, road tax, a registration plate or a licence. This design could therefore be used in e-bike form – at speeds of no more than 15.5mph – by a teenager until they’re old enough to get a moped (16 in the UK), at which stage the owner could take a CBT, convert the Flluid_2 into moped form and register it, allowing the use of more performance (up to 28mph). If it’s capable of more performance than that, it’s also possible the Flluid_2 could be registered as a scooter for riders over 17, at which stage it would fall into ‘125’ legal limits including a maximum permitted continuous power of 15hp. 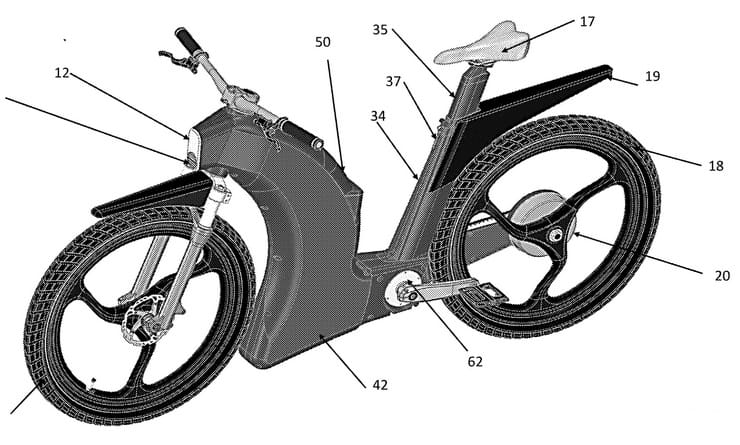 Fuell is currently selling the original Flluid e-bike – which is a relatively conventional bicycle-inspired design and costs $3995 in the USA – and plans to introduce its Fllow electric motorcycle to the market soon. The Fllow, with a price tag set at $10,995 in America, promises a 150-mile range, a 30-minute recharge time when connected to a fast-charger and a top speed of up to 85mph courtesy of a 48hp electric motor. As with anything to come from the mind of Erik Buell, it’s a project that’s well worth keeping an eye on and one that’s guaranteed not to follow the herd.