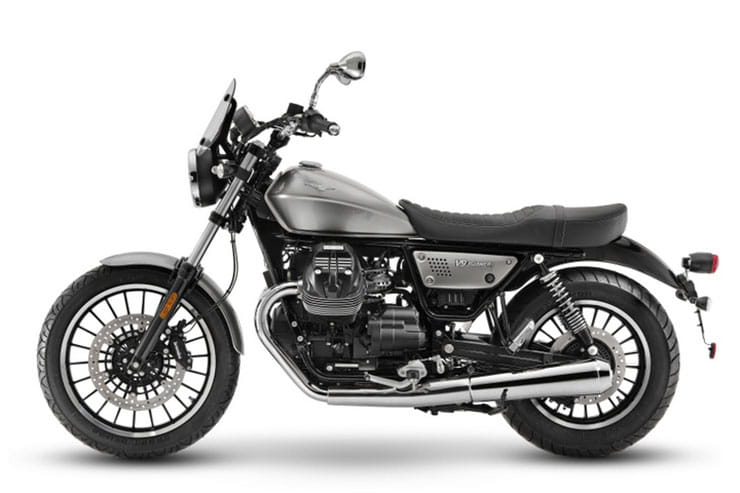 Take a glance at Moto Guzzi’s 2021 V9 Roamer, V9 Bobber or V85 TT and you’d be forgiven for thinking the firm hasn’t made any changes but despite appearances there are some significant upgrades for this year’s machines.

Starting with the V9 range, both the Roamer and the shorter-fendered, wider-tyred Bobber look nearly identical to their predecessors, which first appeared back in 2016. However, there’s a big upgrade in the engine department.

The engine used in the 2021 V9 is derived from the 853cc unit that debuted in the V85 TT in 2019. Featuring a new crankcase and internals as well as the mandatory Euro 5 emissions certification, the new engine puts out 65hp – up 10hp on the old version – and 54lbft instead of the old 46lbft. Those are some big improvements in percentage terms; 18% more power and 17% more torque. 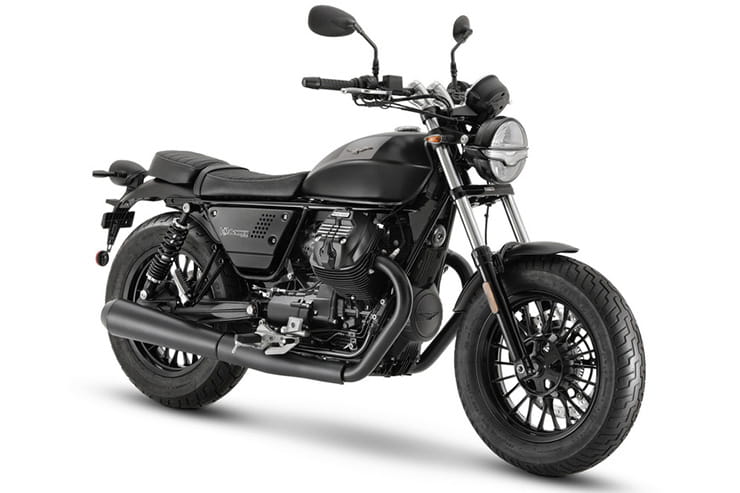 The frame, shared by both V9 models, has also been updated with a stronger headstock area to improve handling and stability, while the footpegs are now rubber-mounted for improved comfort. On the tech side of things, Guzzi has added adjustable traction control as standard to both versions of the V9.

The V9 Bobber gets more in-depth updates including some subtle styling tweaks. Notably, the seat is changed for a slimmer, better-proportioned design instead of the thick slab used on last year’s V9 Bobber. There’s no mention of a replacement for the single-seat, Ohlins-sprung V9 Bobber Sport, but the Sport’s shorter front mudguard and deeper aluminium side panels are used on the normal V9 Bobber in 2021.

At the front, a new LED headlight incorporating a stylised version of the Moto Guzzi eagle logo gives the Bobber a more modern look, and a new digital instrument pack sits above it.

As you’d expect, an A2-licence-legal, 47hp version of the V9 models will also be offered. 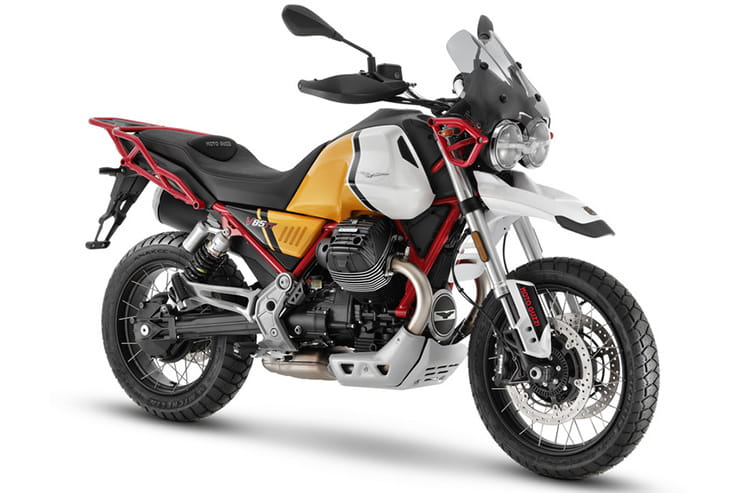 Moto Guzzi’s retro-inspired V85 TT adventure bike also gets updates for this year although they’re almost all hidden under the skin.

The 853cc engine’s peak power isn’t increased from the old version’s 79hp but the firm is claiming more low and mid-range grunt thanks to revised valve lift and timing and updated engine electronics.

From the outside, look closely and you’ll spot the more stylish wire wheels that are adopted for 2021, with spokes that reach right to the edges of the rims to allow the use of tubeless tyres. As well as looking better and offering a wider choice of tyres, the wheels help cut 1.5kg from the bike’s weight, all in the vital unsprung and rotating mass to give a disproportionate improvement in performance and handling.

Moving to the electronics, Guzzi has added two more riding modes to the V85 TT for 2021, with ‘Sport’ and ‘Custom’ joining the existing Street, Rain and Off-Road settings. 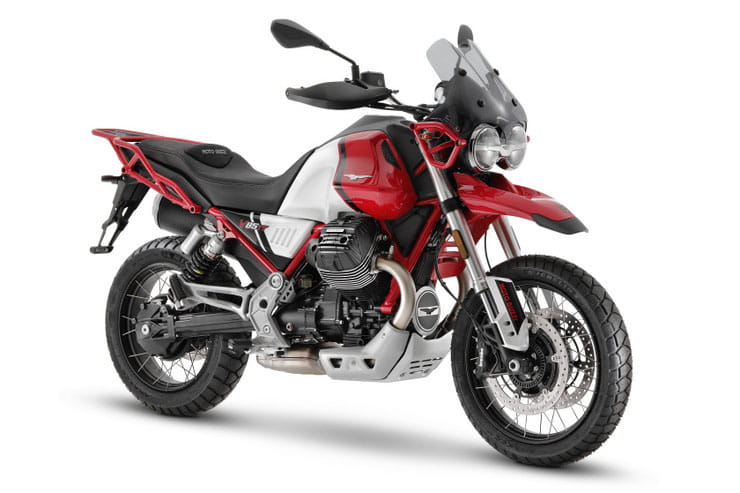 From a cosmetic perspective, the most noticeable change to the V85 TT is the revised paint options for 2021.

The ‘McDonalds’ scheme of yellow and white with a red frame remains, but the graphics themselves are new with the white and yellow parts reversed compared to last year’s version.

New colours include a red-and-white option that’s similar to a colour option offered in 2019, while riders looking for a more subtle approach can opt for an all-black version of the bike. As before, the V85 TT will also be offered in ‘Travel’ spec with a tall screen, panniers, heated grips and extra LED lights. 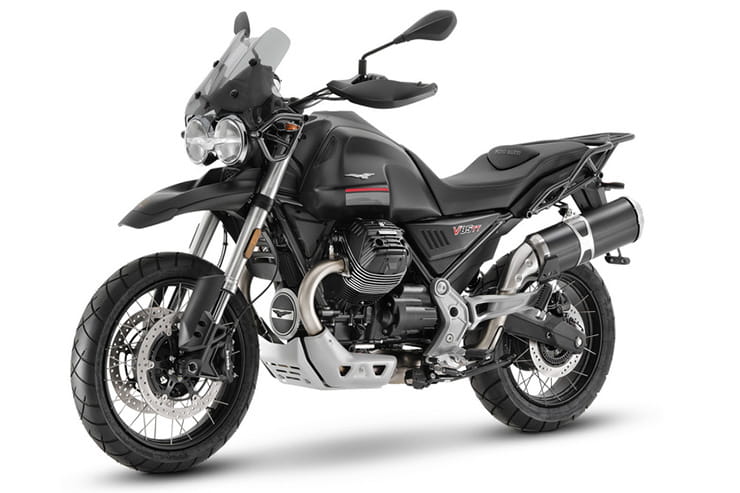