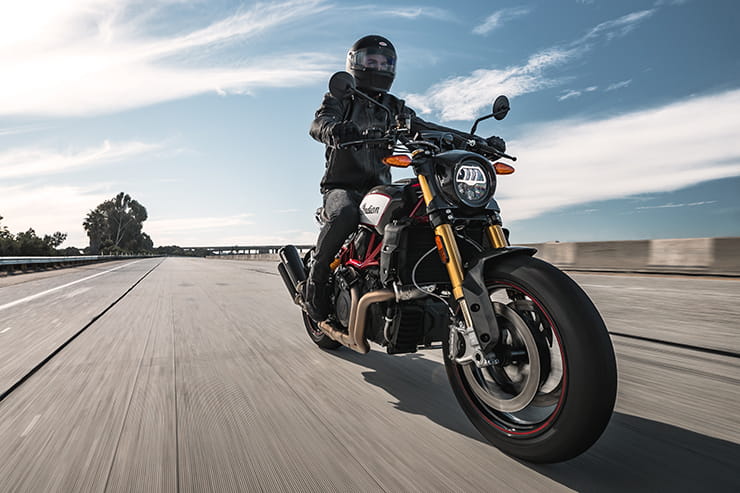 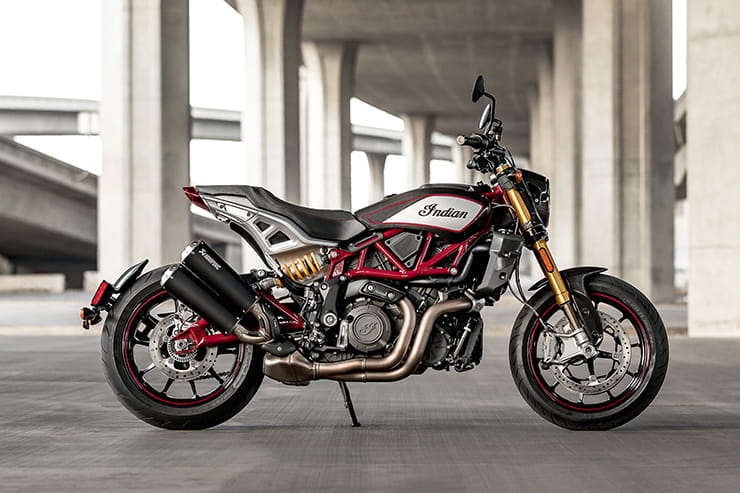 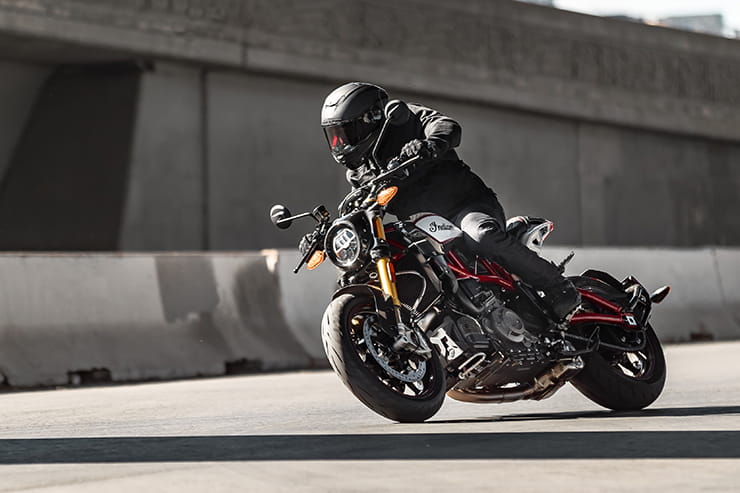 Indian’s FTR range of water-cooled, DOHC V-twin streetfighters was a bold move for the firm when it was introduced two years ago and for 2021 all four models in the FTR line are getting a set of updates to increase their appeal.

Perhaps the most notable update is to the chassis of the road-oriented FTR and its higher-spec FTR S and FTR R Carbon siblings. All three models get new 17in front and rear wheels, replacing the previous 19in front and 18in rear setup, allied to a significantly steeper 25.3-degree steering head angle, down from 26.3 degrees, and 100mm trail instead of 130mm.

Those changes, along with shorter-travel suspension – 120mm at each end instead of 150mm – should add up to a huge change in the bikes’ handling characteristics, making for a much more flickable feeling. The changes also give the road-oriented FTRs a 36mm lower seat, and they’re narrower than before courtesy of 40mm shorter bars.

On top of the chassis tweaks, all versions of the FTR get a revised, Euro5-complient version of the 1203cc V-twin engine. While peak power and torque figures are unchanged, with a max of 123hp and 88.5lbft on tap, the engine is cleaner than before and for 2021 it gains cylinder deactivation. This system stops the rear cylinder from firing when the bike is at idle, reducing the heat that soaks through to the rider when stopped in traffic.

Revisions to the engine’s injection calibration are also claimed to give a smoother, more predictable throttle response.

As before, there are three street-oriented FTRs and the more scrambler-style FTR Rally in the range. Here’s how the four models stack up against each other. 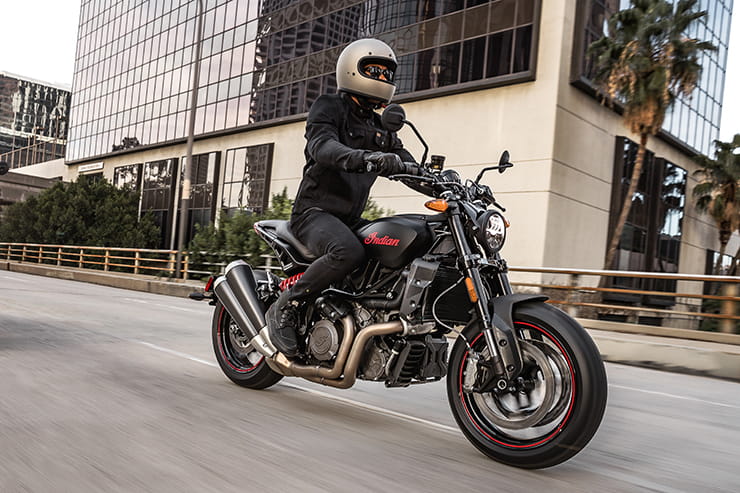 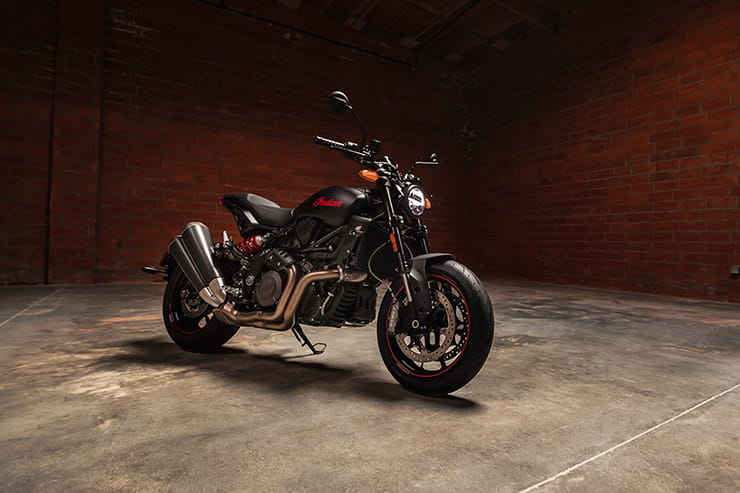 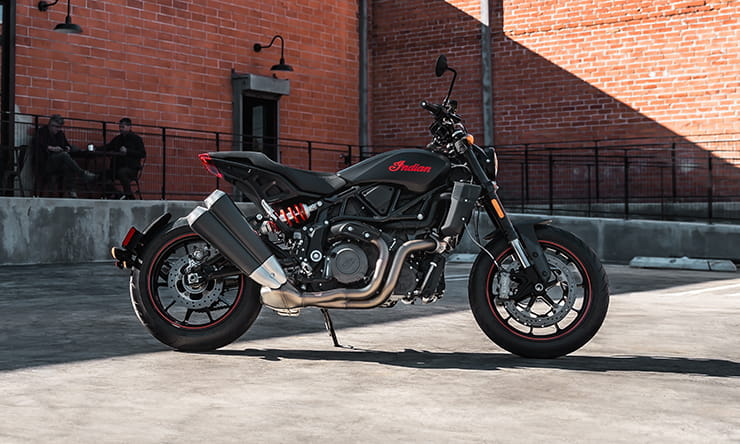 The entry-level FTR, which benefits from the new 17in wheels and sportier chassis for 2021 (although Indian confusingly calls all these machines ‘2022’ models), is the most stripped-back version, but that doesn’t mean it’s lacking kit.

Sachs fully-adjustable suspension front and rear, with 43mm forks and a piggyback monoshock, means it’s mechanically much the same as the higher-spec ‘S’ model, but the base machine lacks the S’s electronic gizmos. That means you get analogue clocks instead of a TFT display, and none of the clever riding modes or the cornering ABS of the S.

Just one paint scheme is on offer – black with red accents – and the base model can also be had in 47hp A2-licence compliant form.

Stepping up to the FTR S, the paint options increase to a choice of maroon or white, and you get a touch-sensitive TFT dashboard to access settings for three riding modes, wheelie control, rear lift control, stability control, traction control and cornering ABS.

An Akrapovic exhaust is standard, too, along with Bluetooth phone integration and a USB port.

Both the base and S versions of the updated FTR weigh in at 233kg ready to ride with a full tank, which is 2kg more than before. 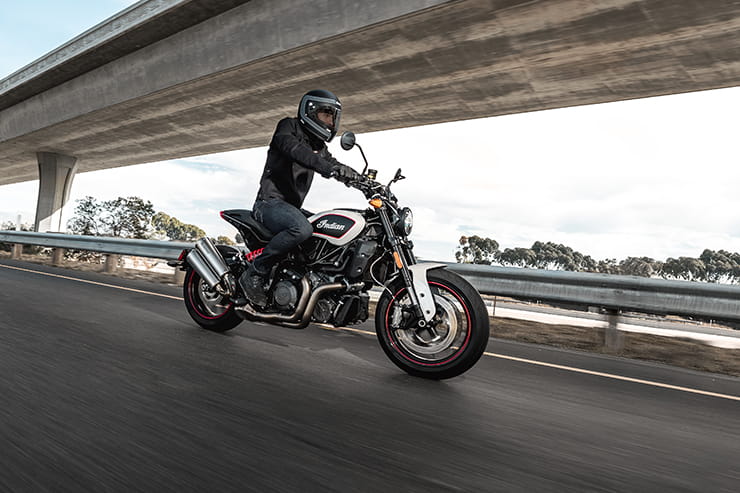 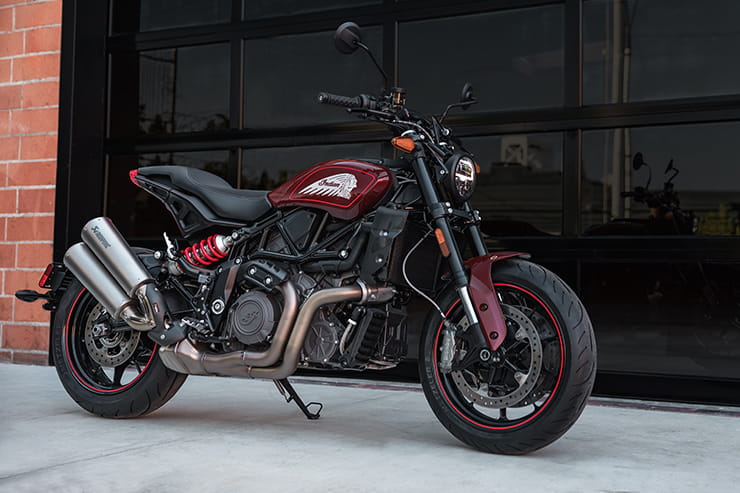 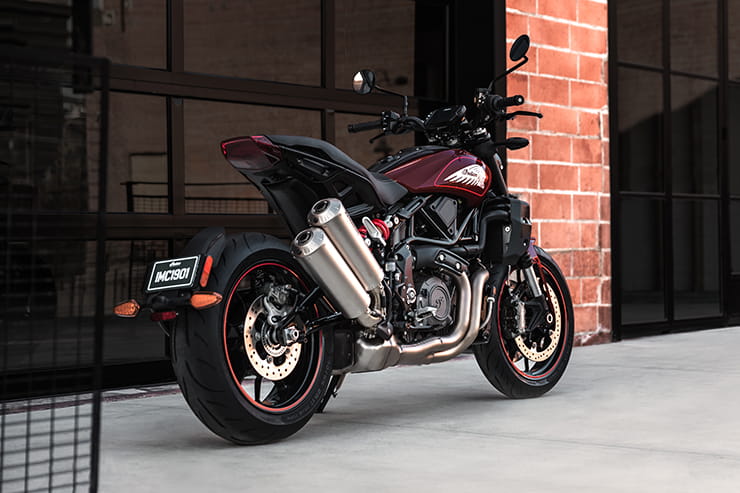 At the top of the FTR tree comes the FTR R Carbon, which has gained an ‘R’ compared to the old model to reflect its sportier handling.

As before, it benefits from Ohlins suspension front and rear instead of the Sachs kit of the other models and earns its ‘Carbon’ moniker via tank covers, fenders and a headlight fairing made of the stuff. It also gets an Akrapovic pipe (black instead of the S model’s silver one). Weight drops to 232kg wet, which is 3kg lighter than the previous generation Carbon. 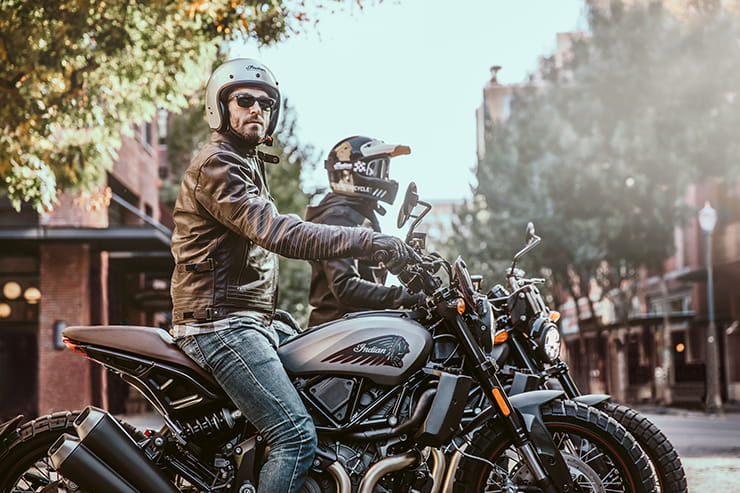 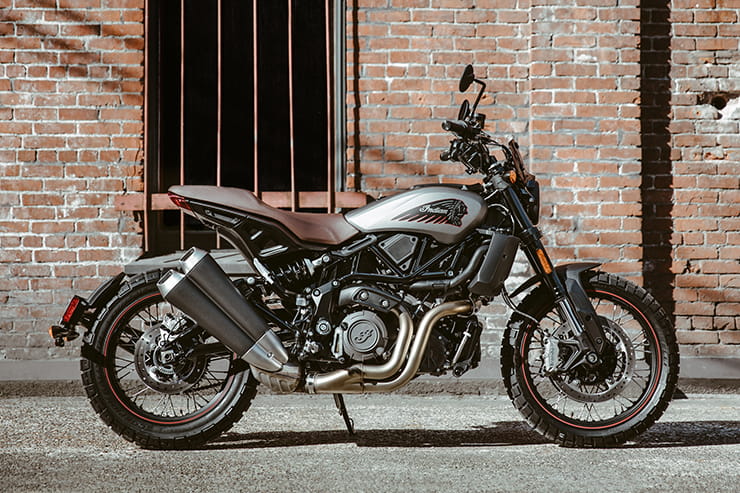 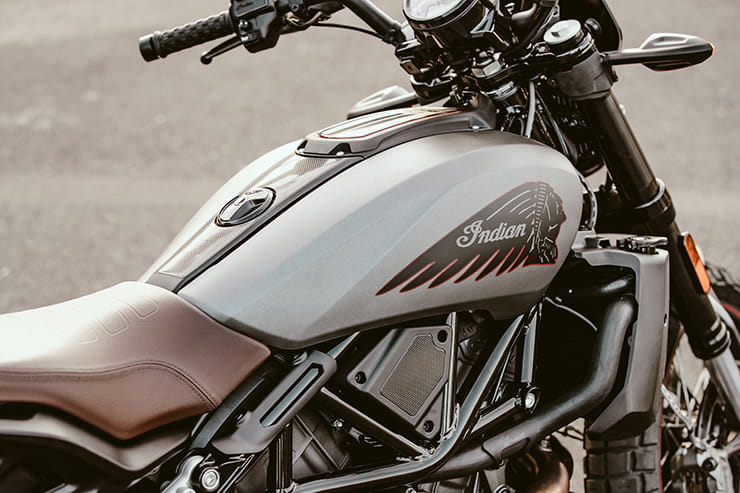 The final member of the FTR range is the scrambler-style Rally. As befits its look, the Rally doesn’t get the smaller wheels of the other models in 2021, instead sticking with the existing 19in front and 18in rear wire-spoked design. It’s also got 50mm taller bars than the other models.

Like the rest of the updated machines, the Rally gets the Euro5-complient engine with rear cylinder deactivation this year. Like the base model, it’s also offered in 47hp form as an alternative to the usual 123hp version for riders who need to comply with A2 licence rules.