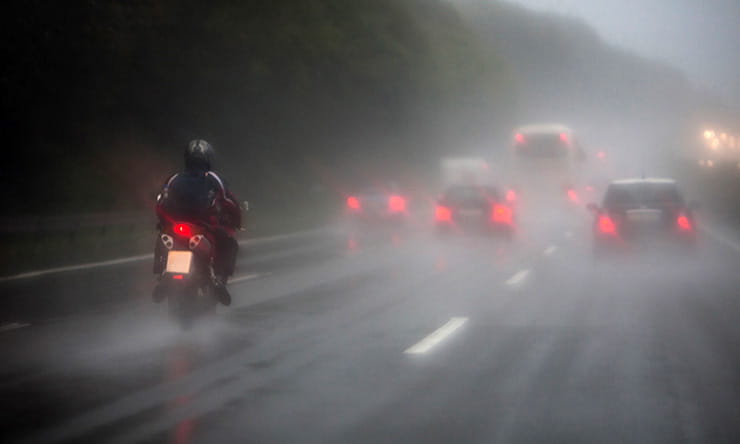 Newly published figures for the year between July 2019 and June 2020 show that injuries from motorcycle crashes on British roads dropped significantly compared to previous years.

That might seem obvious, given that around three months of that period were spent under lockdown with travel being discouraged, but it’s worth noting that in the key metric of ‘killed or seriously injured’ there was a greater percentage improvement in motorcycle figures than those for any other type of road user.

In bare numbers, 4790 motorcycle riders or passengers were killed or seriously injured in the 12-month period, compared to 5817 in the year before, running from July 2018 to June 2019. That’s an 18% drop and compares to a 9% decline in the equivalent figure for car users, a 13% drop for pedestrians and a 1% improvement for pedal cyclists.

How much of the decline was due to lockdown? We can narrow that down by looking at the same figures for the first half (Jan-Jun) of 2020.

In that period, 1920 riders or pillions were killed or seriously injured, a 30% drop compared to the figure (2732) who suffered the same fate in the first half of 2019. Interestingly, that reduction – 812 fewer names in the KSI column – doesn’t completely account for the decline during the year. In the second half of 2019, before COVID was even known of, some 210 fewer motorcycle users were killed or seriously injured than in the same period in 2018.

That means lockdown had a big effect, but it doesn’t appear to be the only factor in the reduction in serious motorcycle-related injuries.

Looking at the first lockdown, overall fatalities and injuries on the road inevitably saw significant drops, with a 19% reduction in fatal accidents during the first half of 2020 and a 28% cut in total crashes for all vehicles.

Month-by-month, the effect on motorcycle casualties (including all injuries) can be tracked along with lockdown. In January 2020, before the pandemic hit, 1080 riders were hurt on British roads (a 7% increase on January 2019). In February, long before lockdown, the number dropped to 870 (down 20% on the previous year), and in March the decline was 25% (940 injured). April, the height of the first lockdown, saw a massive 60% reduction in motorcycle-related injuries (560), with May down 36% on the previous year at 1010. June’s injuries – the latest to be published in official statistics – were down 22% at 1160.

The Government’s official report on road casualties for the period understandably urges caution in extrapolating trends from the data – pointing out that the extraordinary conditions caused by the pandemic and lockdowns, with the reduction in traffic that went with them. A more detailed report, including figures for the second half of 2020, is due to be released in June.