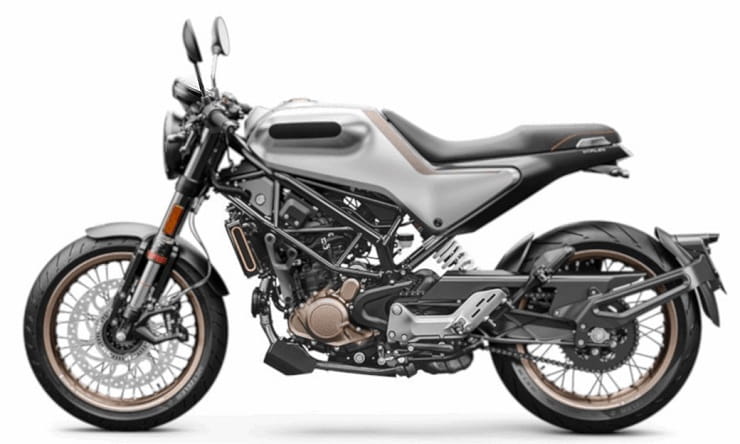 It was way back in 2015 that Husqvarna first suggested that a 125cc version of its Vitpilen neo-retro café racer was on the way to production and now – nearly six years later – it finally seems like it’s about to happen.

Earlier this month Husqvarna unveiled the scrambler-style Svartpilen 125 in production form, and now European type-approval documents have confirmed that the closely related Vitpilen version has also been given the green light.

In terms of details, the documents confirm that the Vitpilen is just as closely related to the Svartpilen as you might expect, sharing the same dimensions and performance to the extent that the two models are certified on the same piece of paper. When it comes to differences, we can expect the Vitpilen version to get the same dropped bars and road-oriented tyres of the Vitpilen 401, but other than that the café racer will be much like the scrambler model.

That means the same KTM 125 Duke derived engine, with 15hp on tap at 9500rpm and 11Nm of torque at 7700rpm, and a chassis from the same model, including WP Apex 43 forks and ByBre brakes from Brembo’s budget sub-brand.

The identical type-approval also means the Vitpilen 125 will use the same Bosch 10.1 ABS, and regardless of its more road-oriented appearance it’s expected to have the same ground clearance and suspension travel as the Svartpilen 125.

When will the Vitpilen be officially unveiled? That’s not clear at the moment but the firm has, like many other, taken the opportunity presented by the lack of big motorcycle shows in 2020 to spread its launches, opting to release pictures and information just as bikes are ready to go on sale rather than months before they reach dealers.