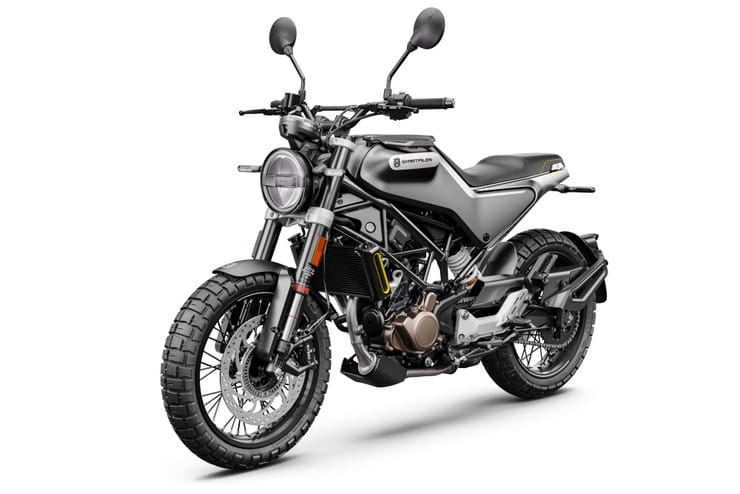 Learner-legal 125cc models in Husqvarna’s Vitpilen and Svartpilen have been on the cards for at least five years now – but for 2021 the firm has finally pulled the pin and unveiled the first such machine in the form of the Svartpilen 125.

With styling that’s almost indistinguishable from the larger, 373cc Svartpilen 401, the new Svartpilen 125 doesn’t fall into the trap of looking like a cheap, entry-level machine. It’s not priced like one, either: at £4499 it’s only around £350 less than you’ll pay for the 401. But of course you can’t ride the 401 or the even larger Svartpilen 701 on an L-plate, so for riders who are yet to pass their tests but want the Svartpilen style, it’s the only option. 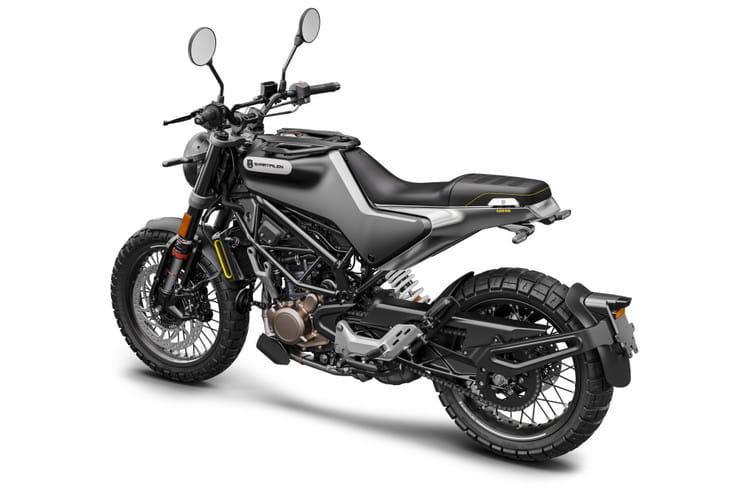 As with the rest of the Husqvarna Svartpilen and Vitpilen models (based on the same base components, the Svartpilens are scrambler-style models while the Vitpilens have a similar appearance but dropped bars and street-oriented rubber), the Svartpilen 125 is heavily based on an existing KTM. In this case, it’s the KTM 125 Duke that hands over its engine and chassis to be rewrapped in distinctive Husqvarna bodywork.

Unsurprisingly, then, the specs are much like those of the 125 Duke. Both bikes make 15hp to suit the limit of what’s allowed with L-plates, using a single-cylinder, DOHC, water cooled engine. It’s mounted in a steel trellis frame with WP APEX 43 forks and a monoshock from the same company. Brembo provides brakes under its entry-level ‘ByBre’ brand name, although the Svartpilen’s single front caliper grips a 320mm disc compared to the KTM’s 300mm version and comes with Bosch 10.1MB ABS instead of the older 9.1MB system used on the Duke.

Despite the scrambler stance and semi-knobbly Pirelli Scorpion Rally STR rubber, the Svartpilen 125’s front suspension travel is the same 142mm as the Duke, while the rear is fractionally shorter (142mm against 150mm). The chassis geometry is also unchanged, with 25 degrees of rake, although the slightly mor enveloping bodywork of the Husqvarna, along with the 17in wire wheels that replace the Duke’s alloys, means the Svartpilen is a fraction heavier. The firm claims a dry mass of 146kg, up from 139kg for the 125 Duke.

There’s barely anything in it pricewise, either, with the KTM version listing at £4299. 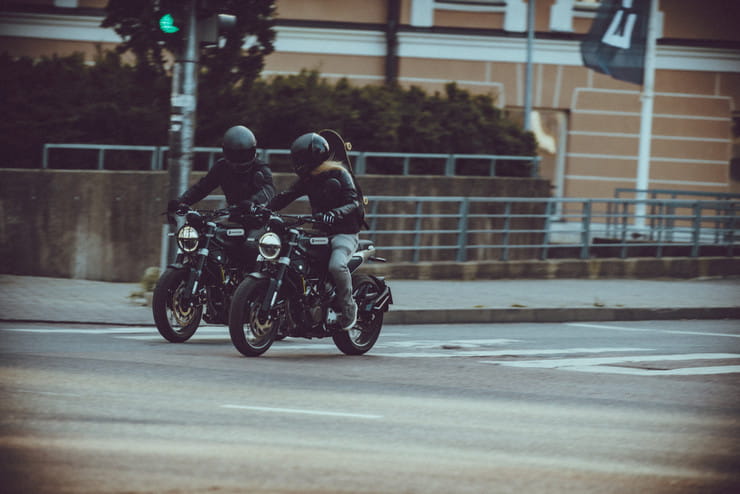 The cancellation of last year’s big motorcycle shows means Husqvarna wasn’t under pressure to unveil the bike any earlier than necessary, and that means it’s due in dealers imminently instead of months after its launch.

You’ll also be able to get an array of upgrade options for the Svartpilen 125, including wave discs (£217.98 front, £86.70 rear), CNC machined fluid reservoir and oil filter covers, a £524.40 Akrapovič slip-on, alternative footpegs and levers, bar end mirrors (£155.88), tank and rear bags, a headlight protector, ‘Ergo’ rider and pillion seats, and a selection of fly screens. While there’s no Vitpilen 125 yet, there is a £604.08 option to swap the Svartpilen’s wire wheels for KTM 125 Duke-style alloys if you want a more road-oriented look. 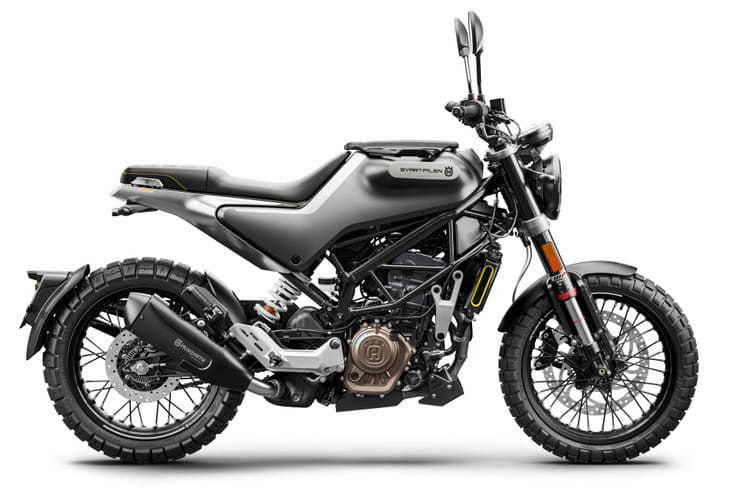