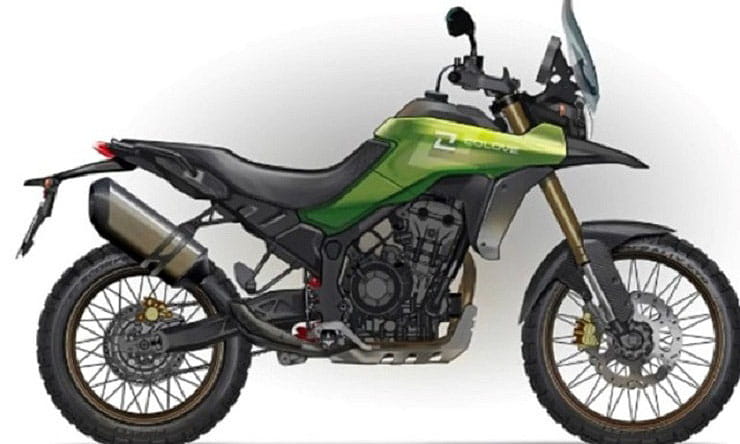 Chinese bike brand Colove is one of the nation’s newer manufacturer and has yet to make moves on the European market but it’s now announced an 800cc parallel twin adventure bike that indicates its worldwide intentions.

The 800X was announced by the firm’s founder, Zhang Xue, at a bizarre event that was streamed on Chinese social media. During the presentation, Zhang Xue’s long hair was cut, apparently fulfilling a self-made promise with the presentation of the big-capacity bike. The presentation included the unveiling of the new bike’s engine as well as three sets of styling sketches that show potential looks for the machine, which is intended to be unveiled later this year.

That engine might raise a few eyebrows, though, as it’s visually and technically remarkably similar to KTM’s LC8c, as used in the 790 Duke and Adventure models. Not only does is share the same layout and a similarly compact design, but the claimed bore and stroke – 88mm x 65.7mm – are identical to the original 799cc version of the LC8c. 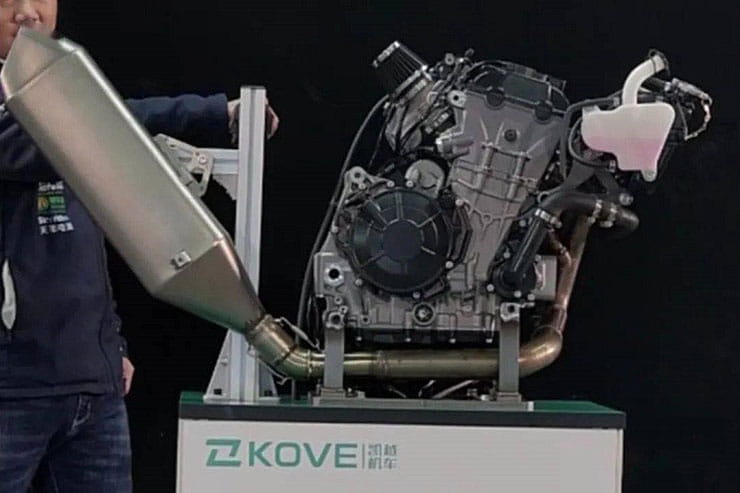 However, it’s not identical. The 13:1 compression ratio is higher than the 12.7:1 of the original LC8c (the latest 890 version’s compression is higher, though, at 13.5:1), and the castings of the engine cases, cylinder head and covers look slightly different to the KTM engine’s, even though every bolt hole appears to match, suggesting components from one motor would fit straight on the other.

Of course, Chinese copies of existing engine designs aren’t a new thing; Colove’s existing 500cc twins is nearly identical to the Honda CB500 engine, and there are plenty of other examples around the industry. Rival Chinese firm CFMoto is also on the verge of launching an 800cc adventure bike using an official, licence-built version of the Austrian firm’s LC8c engine.

The first two follow the usual adventure bike tropes, with a pronounced ‘beak’ extending from the nose, a windscreen that’s quite separate from the bodywork and rather busy-looking panels with lots of angles and matte black sections interrupting the coloured pieces.

The third design is more reminiscent of Yamaha’s Tenere 700, lacking the clichéd beak and featuring a more integrated screen. The third design also departs from the norm with quad headlights, two stacked on each side of the screen.

Whichever look the bike gets, Colove is promising a TFT dash incorporating full, map-based sat-nav rather than the turn-by-turn systems that are more commonly found, and the company promises cornering ABS, a quick-shifter, stability control and multiple riding modes.

We’re expecting the firm to unveil a complete bike by the end of the year, and hopefully news about Colove’s plans for the machine outside China will also crystalize at the same time.