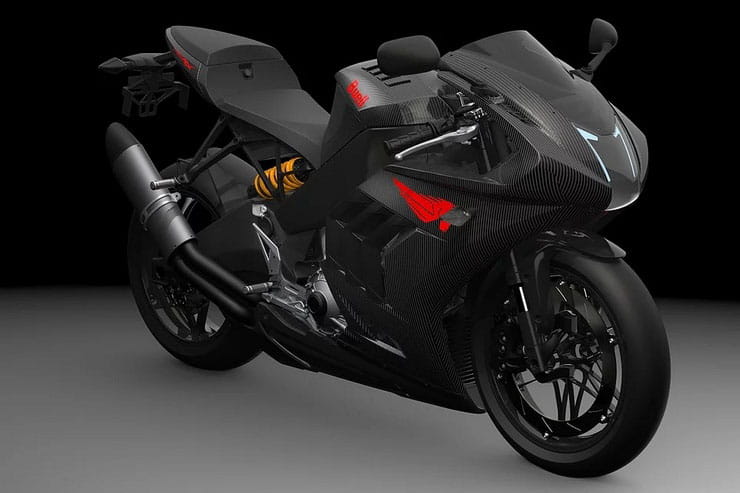 The Buell brand is back in business nearly a dozen years after it was last seen – and the firm is making big promises for the future.

The name Buell Motorcycles disappeared from view in late 2009 when its owner, Harley-Davidson, decided to refocus on traditional cruisers in the face of the global financial crisis. Instead of selling Buell, Harley opted to simply close the company, although Buell’s products have still managed to trickle onto the market under other names since then. First Erik Buell himself took the reins, launching Erik Buell Racing at the end of 2009, and after that company went into liquidation in 2015 the remnants were bought by Liquid Asset Partners, who relaunched the firm as EBR Motorcycles.

Now the firm has managed to regain rights to the Buell Motorcycles name – which Harley-Davidson had retained – and want to use it to bring the company back to prominence. 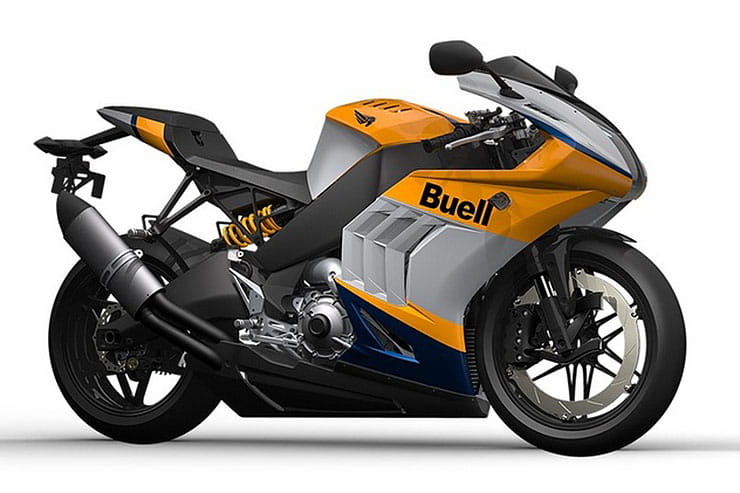 Bill Melvin, CEO of Liquid Asset Partners, has been running EBR Motorcycles since buying the remains of Erik Buell Racing at the start of 2016. He’s now boss of Buell Motorcycles and said: ““Buell is back! We are excited to bring Buell back with this awesome assortment of superbikes and performance motorcycles. We start with the fastest American production motorcycles, hand built in the USA, so that’s a nice start! We’re building out those platforms for more touring & adventure models, then we’re expanding our displacements to be competitive with other global brands. The passionate Buell Nation can grow and thrive again.”

Initially, Buell’s models are carryovers from EBR Racing, themselves bikes that were introduced in the Erik Buell Racing era, with direct ties to the last Buell range under Harley  ownership.

The headline bike is the 1190 RX. It’s a 185hp superbike using an 1190cc version of the Rotax-developed DOHC V-twin that was originally developed for the Buell 1125R of 2007. It also uses the same frame, an aluminium beam chassis that uses the frame rails themselves as the fuel tank, an idea that Buell has pursued since the launch of the XB9R back in 2002.

The validity of the idea appears to be borne out by the fact that despite its essential age, the 1190 RX’s 190kg wet weight is still right up there with the best of today’s superbikes. 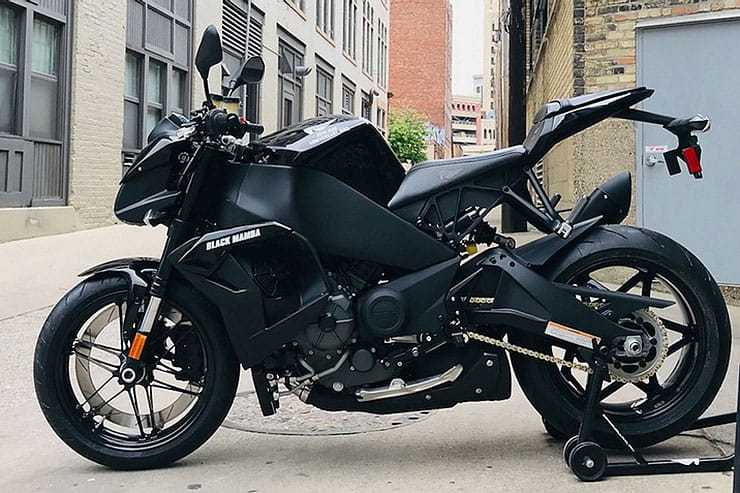 The second Buell model is the 1190 SX. Another model that’s inherited from EBR, it’s a naked version of the RX, using the same 1190cc, 185hp engine and fuel-in-frame chassis, simply stripped of its bodywork to get an even lighter 188kg wet mass.

Beyond that, the firm is promising a new ‘Super Touring’ model, again based on the same chassis and engine but with an Adventure slant. It’s not the first time we’ve seen this frame on an adventure bike – the oft-forgotten Buell Ulysses took the same route back in 2005, albeit with an air-cooled, Harley-derived engine instead of the much pokier water-cooled DOHC design. Erik Buell Racing was promising a similar machine, dubbed the 1190 AX, before hitting its financial problems in 2015.

Initially, Buell says it will make a touring kit for the 1190 SX later this year, followed by the dedicated ‘Super Touring’ adventure model in 2023. 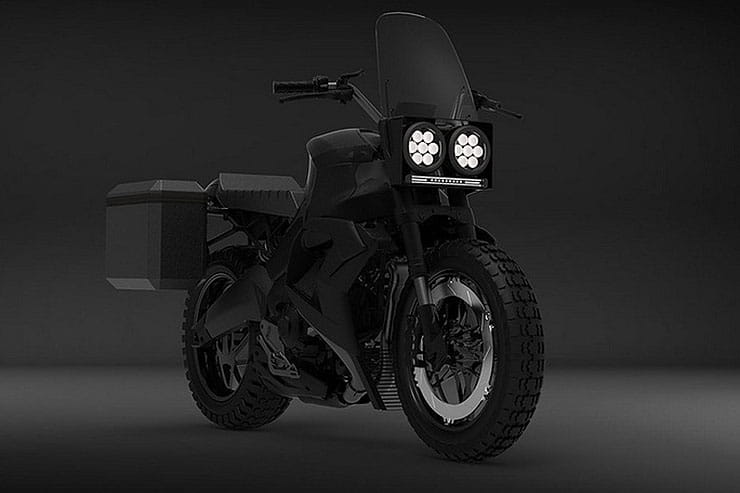 The fourth Buell is the 1190 HCR, a dedicated hillclimb race bike that actually took the AMA National Pro Hillclimb title in 2020. Once again it uses the 185hp V-twin, but this time in a steel tube frame with motocross-style bodywork and a massively extended swingarm. Weight is a mere 161kg, giving superbike-beating acceleration despite its off-road intentions. Buell says the HCR will be followed by 1190 Baja Race and 1190 Baja Adventure models that will lose the extended swingarm to become some of the craziest off-road machines ever to reach production.

However, the firm’s ambitions are far greater than simply making multiple machines around its existing engine. Between now and 2024 Buell says it will launch 10 bikes, with the intention of having machines in the mid and small displacement classes, including dirt bikes, dual-sports, tourers and cruisers as well as superbikes. The firm also says it’s started to explore ideas for a high-performance electric model. 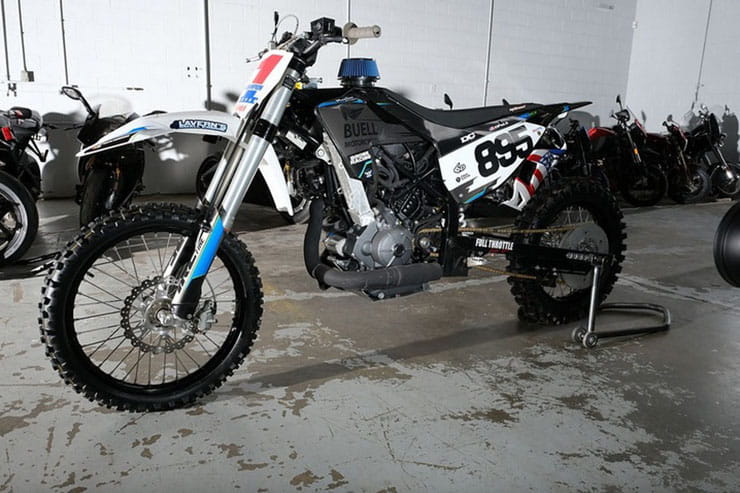 Buell’s tangled history started back in 1983 when Erik Buell built the two-stroke RW750 Formula One race bike, derived from the UK-developed Barton square four GP bike project (which was the basis of the Silver Dream Racer in the movie of the same name). When the Formula One race class was ended by the AMA, he moved to Harley-Davidson power, creating the BattleTwin based on Harley’s XR1000 engine.

In 1993, Harley-Davidson bought a minority stake in Buell, leading to the creation of the first generation of street bikes including the Thunderbolt, Cyclone and Lightning, and by 1998 Harley took a majority holding in Buell, bringing the company into the Harley fold. A massive development effort in the first part of the 21st century, starting with the fuel-in-frame XB9R of 2002 and culminating in the launch of the fuel-in-frame 1125R superbike in 2007, saw Buell getting established as a serious manufacturer, even spreading into the adventure bike market with the Ulysses in 2005. However, the financial crisis of 2008-9 saw Harley – which was expanding into other markets and had even bought MV Agusta by then – retract into the comfort zone of its traditional cruiser and tourer models. While MV Agusta got sold on, albeit for a nominal amount, Harley opted to close Buell.

Erik Buell managed to do a deal to buy the rights to build the Buell V-twin engines and chassis under the Erik Buell Racing brand. He launched the 1190RR racer and later the 1190 RX superbike, followed by the 1190 SX super-naked, all based on the next-generation Buell that had been on the verge of being launched when Harley closed the firm.

The decision by huge Indian firm Hero MotoCorp to buy a 49% stake in Erik Buell Racing in 2013 should have secured the company’s future, but by  2015 Erik Buell Racing was in receivership. Eventually Hero snapped up the R&D side of the business, allowing the production half to be sold on, with Liquid Asset Partners taking ownership of the remains in January 2016 and rebranding as EBR Motorcycles.

Now the firm has regained rights to the Buell Motorcycles name (in the USA, anyway – EU trademark records still show Harley-Davidson as the owner of the badge in this part of the world), bringing Buell back – even if in many ways it never really went away.