New 650 cruiser could be UK-bound 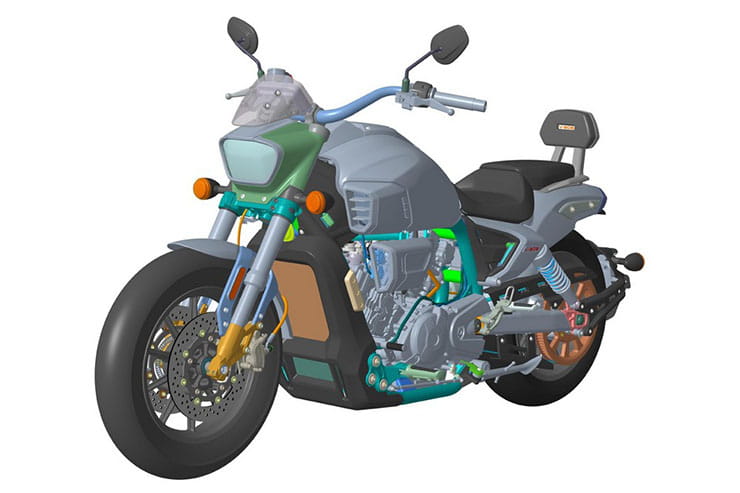 This new design for a 650cc V-twin cruiser has emerged via the Chinese intellectual property office and its smaller sister models are already being sold here in the UK under the Bullit brand name.

Being developed by Longjia in China, this is the V-Bob 650. At the moment, Longjia’s biggest offerings are 250cc V-twins, including the Nevada 250i, V-Bob 250i and Buccaneer 250i. The latter two are offered in the UK as the Bullit V-Bob 250 and Bullit BluRoc 250 V2, while examples of Longjia’s bikes have also appeared in Europe before under the Italjet and Hanway banners.

As such, when the new V-Bob 650 reaches production it’s likely to appear on this side of the globe, albeit probably under a different name. 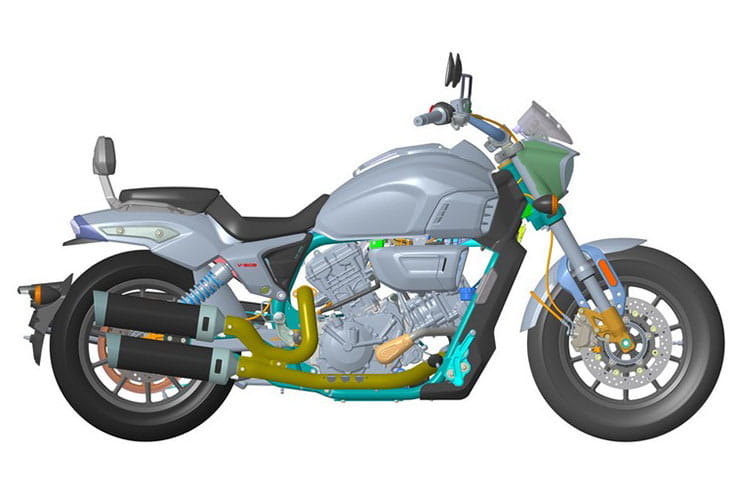 Nomenclature apart, the V-Bob 650 – its name is revealed clearly on the sides and the pillion seat – carries a 650cc V-twin engine that looks rather like the similarly-configured motor used by Hyosung for the GT650 and GV650. Certainly its overall layout is the same, with seemingly identical engine mount positions, but on closer inspection each of the castings seems to have enough differences from the Hyosung engine to believe it’s not a direct port.

Related or not, the engine’s similar capacity and construction means it’s likely to have much the same performance characteristics as the Hyosung engine, or a Suzuki SV650 motor for that matter, with around 70hp on tap. It’s bolted to a straightforward steel frame, with the familiar recipe of upside-down forks and twin rear shocks, plus the sort of slightly awkward cruiser styling that’s something of a trademark of Chinese models in the class. There’s certainly a family resemblance to the V-Bob 250, particularly in the short rear fender and separate, swingarm-mounted licence plate holder.

The images also reveal that it uses a belt final drive, again like the smaller 250 model, and that its instruments are unusually split across two screens, with a main rectangular LCD display on the bars supplemented by a smaller readout mounted on the tank. 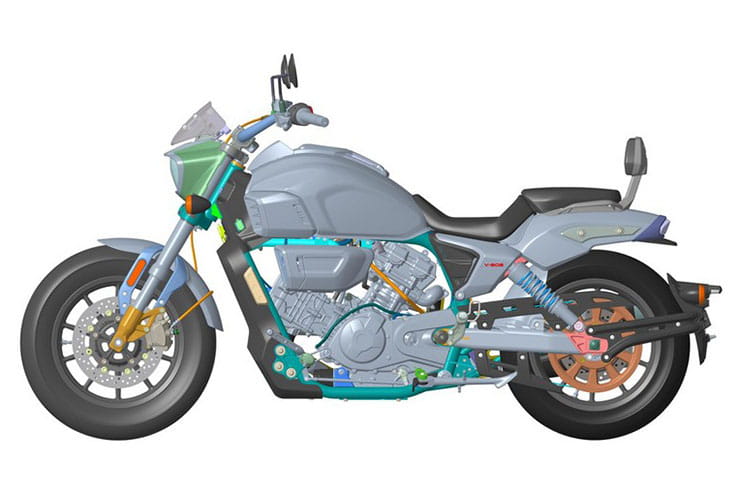 Since Chinese bikes often make slow process to production, even after they’re officially unveiled, it would be surprising to see a showroom version of the V-Bob 650 this year, and even 2022 might be too soon. However, the days of Chinese machines being hard to bring over because of lax emissions rules in their homeland are in the past, with the latest Chinese rules aligning fairly closely to European standards. We can also see in the design drawings that kit like ABS brakes and Euro-legal side reflectors is already being catered for.

If the bike does make the trip to our market, it will face stiff opposition from established models like Honda’s CMX500 Rebel and Kawasaki’s Vulcan S, but as with most Chinese-made offerings is likely to have a tempting price tag to help tempt riders who’d otherwise be looking at the second-hand market.