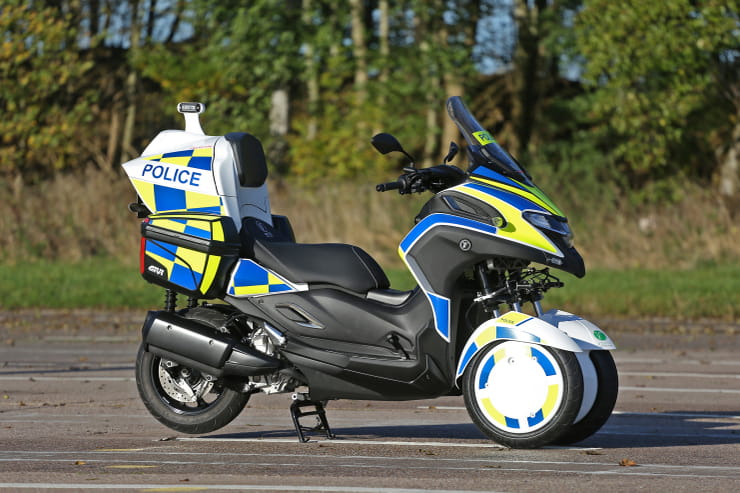 Back in June new British firm White Motorcycle Concepts revealed its intention to challenge for the electric land speed record with its innovative WMC250EV – demonstrating a new aerodynamic idea that channelled air through the centre of the bike to slash its drag and frontal area.

Now the firm has revealed a prototype that shows how the same thinking can be applied to much more mundane machinery, in the form of the WMC300FR.

Where the WMC250EV’s ‘250’ stood for the bike’s projected top speed in mph, the WMC300FR’s refers to its capacity, as under the skin this is a modified Yamaha Tricity 300. It might only peak at a fraction of the two-wheel-drive, all-electric WMC250EV’s speeds but even so, White Motorcycle Concepts say that its patented Venturi Duct system will improve its fuel consumption and reduce emissions. 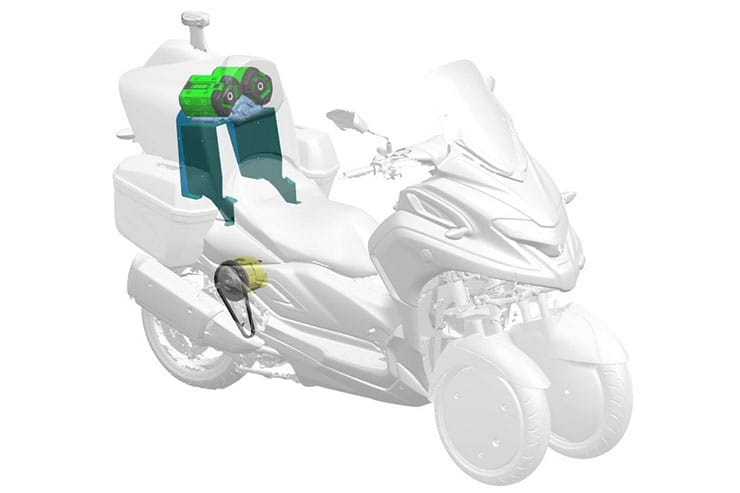 As can be seen on the prototype, the WMC300FR is targeting police forces. The ‘FR’ stands for ‘First Responder’ with the idea that emergency services are well placed to benefit from the thinking behind the bike.

Northamptonshire police, the local force for Brixworth-based White Motorcycle Concepts, has been involved with the machine’s development since an early stage to help ensure it meets their requirements. The force’s Chief Constable Nick Adderley is the National Police Chief Council Lead for Motorcycling and has been helping guide the project.

The engine is the same 28hp, 292cc single cylinder that’s used in the standard Yamaha Tricity 300, but in the WMC300FR it’s backed up by a 5kW electric motor and two 56V, 12Ah, removable lithium-ion batteries, turning it into a plug-in hybrid. However, the biggest change is the bike’s central air duct, which starts in the gap between the front wheels – now cowled in aerodynamic fairings – and runs through the bike to exit just above the rear wheel.

The duct splits inside the bike, the lower section feeding the radiator to cool the engine while the upper section runs under the seat and straight through to the exit in the tail. As on the WMC250EV, it means that air that parts around the bike’s front wheels and nose doesn’t have to be shifted as far to the side to get past the bike, since some can run directly through it. 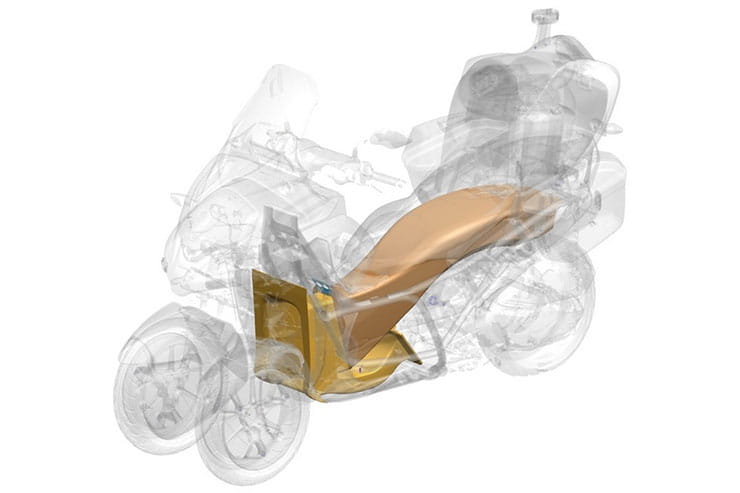 To fit the duct, the fuel tank is repositioned to the top box that sits where the pillion seat would be on a normal Tricity, and the hybrid system’s batteries are mounted above that. Panniers provide space for the required police equipment, and the licence plate and indicators are moved upwards to clear the duct’s exit.

The idea is that the hybrid system improves the bike’s efficiency and acceleration at low speeds, with the improved aero stepping in as it goes faster. Overall, the aim is to reduce the CO2 output by 50% compared to a conventional alterative.

While the three-wheeled layout of the Tricity 300 offers advantages when it comes to the central duct’s position, it also has a secondary benefit that could be particularly useful for police forces. Due to the spacing of the front wheel, it can be ridden without a bike licence, so there’s the potential for police drivers to use the machines without having to undergo the extensive and expensive training required to be a police motorcyclist. 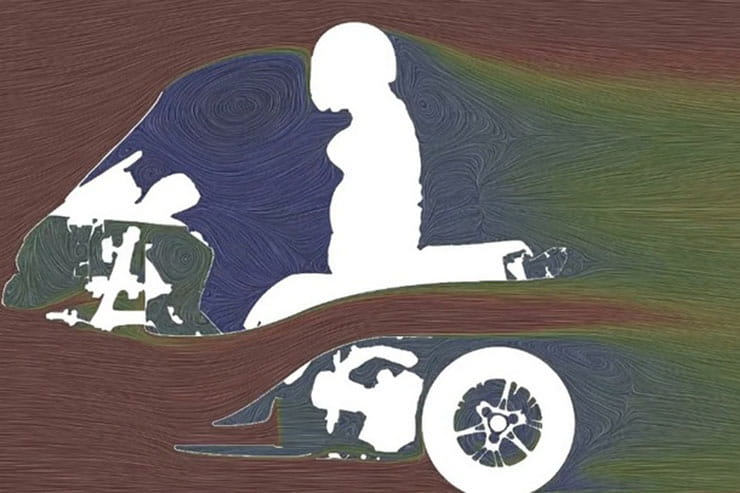 WMC CEO Rob White, the brain behind the Venturi Duct, said: “We were encouraged by the great reception the launch of our WMC250EV high-speed demonstrator and the high level of interest that the project has subsequently gained. Whilst our concept in its most extreme form will help us go faster, its real-world application is all about improving range and reducing down time – major considerations in the electric vehicle industry at present.

“As the recent COP26 summit highlighted, we are still at the beginning of a revolution in aggressive carbon reduction and this global shift in thinking presents a unique opportunity to think radically about motorcycle design, finding the most efficient and cleanest way to power the future of transport. I am delighted to reveal our first product, the WMC300FR, which we have developed specifically for the first responder market. As well as the duct there are a whole host of innovative features that mean the motorcycle reduces CO2 by 50%. For us this is just the starting point and we will continue to innovate to accelerate the de-carbonisation of the automotive sector.” 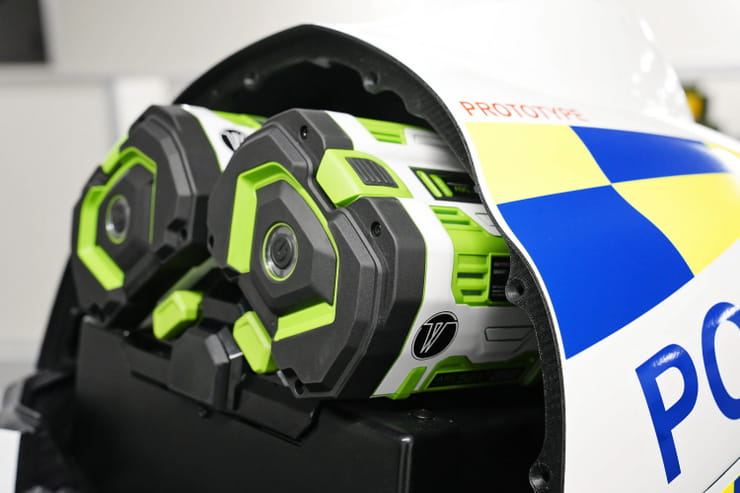