Harley-Davidson will launch a new model in January 2022 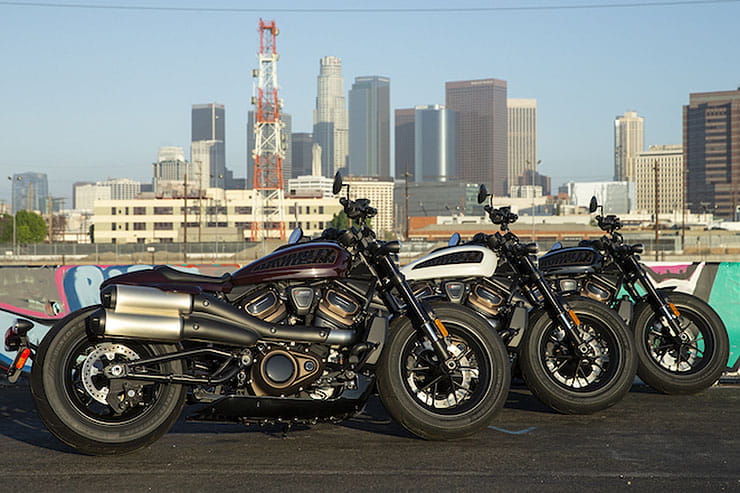 Harley-Davidson has teased it will be launching a new motorcycle in January 2022 after revealing an unveiling date… but precious little information about what it is waiting in the wings.

The American company confirmed a new model is incoming in a minimalist social media post that confirmed a 26 January 2022 world premiere date without giving away any other concrete details.

Instead, it uses the slogan ‘Further, Faster’, which has us scratching our heads a little as to what fresh model Harley-Davidson could be unveiling.

Truthfully, there is a wide range of potential new models that could be wheeled out in little more than a month’s time. It’s worth noting that Harley-Davidson arranged a similar event last year, which you could liken to a presentation akin to those annual conferences that whip Apple-fanatics into a frenzy.

However, despite having two major new models waiting in the wings - the Pan America and Sportster S - the event was actually dedicated to unveiling H-D’s 2021 range, saving its more crucial launches for more lavish individual showcases.

That’s not to say this won’t be an overblown ceremony to announce a re-tooled Fat Boy or Road Glide though… and if we were to pick at those two simple words, there are a few interesting surmations to make. 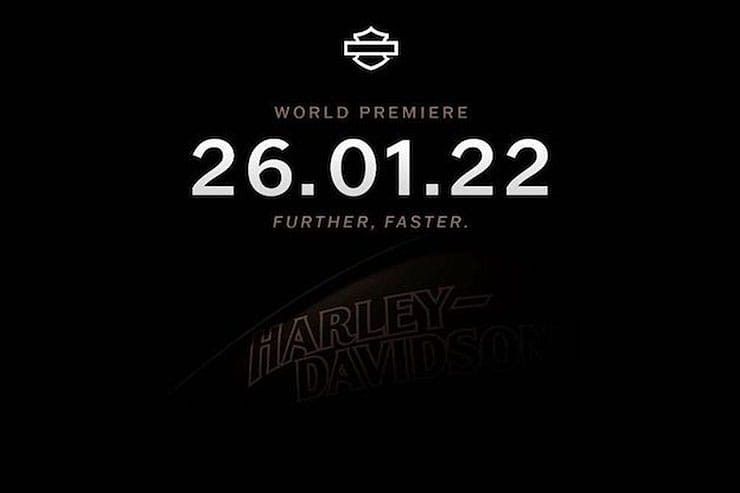 What could Harley-Davidson be launching?

The words ‘Further’ and ‘Faster’ are fairly self-explanatory but they’re not necessarily conducive to one another in a motorcycle context.

On the one hand, a less ADV and more ‘Touring’ version of the Pan America to rival the BMW R 1250 GS would make some sense, but it’s unlikely Harley-Davidson has been fettling the 1250cc Revolution Max engine to be faster than it already is.

Instead, we are wondering if a more ‘cruiser’ version of the new Sportster S is incoming. We know the platform is going to spawn more than just the inaugural Sportster S off it and while you may cry it is already a ‘cruiser’, Harley-Davidson classifies it as a ‘Sport’ model, rather than with its Low Riders and Softails.

With this in mind, something combining the contemporary dynamic (Faster) style of the Sportster S with a more classic cruiser (Further) silhouette certainly wouldn’t go amiss among the loyalists who swear by a more traditional design. 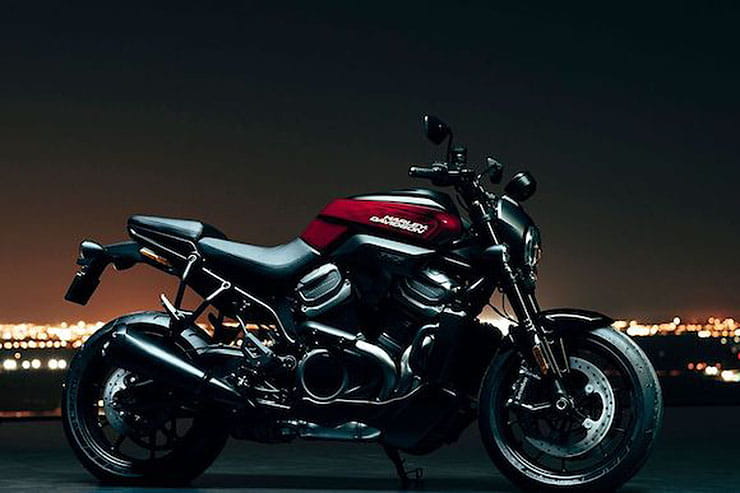 Then again, there is also talk that Harley-Davidson could indeed be bringing something familiar yet at the same time very new to the market - the Bronx.

Signalling Harley’s return to the streetfighter mould, the Bronx was revealed alongside the Pan America in 2018 as part of a bold plan by erstwhile management to break into new segments.

However, the lukewarm response to the Livewire and Harley-Davidson’s continued downward trend in sales and profits, saw the fresh management structure led by new CEO Jochen Zeitz green light the Pan America but put the Bronx on the backburner.

While the ‘backburner’ is often considered marketing speak for ‘cancelled’, Harley-Davidson hasn’t officially shelved the Bronx, with some reckoning it is still on the books, even if the final result could look very different to the prototype.

If it does debut, it is set to come with a compacted version of the Revolution Max engine with the original showpiece fitted with a 975cc variant of the new powerplant.