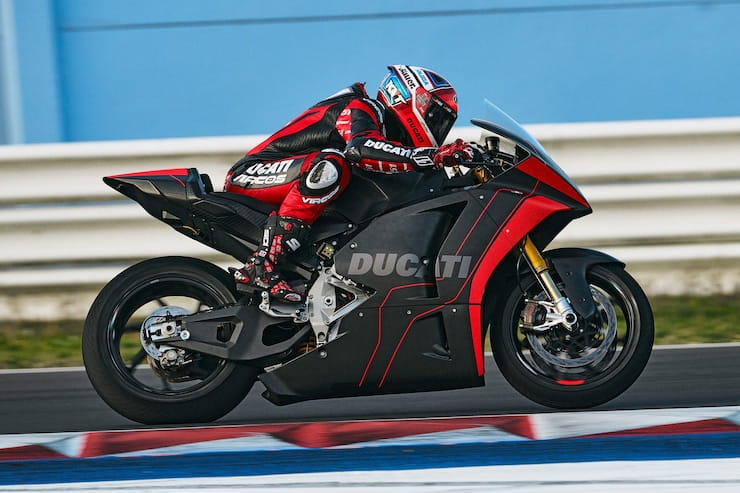 Ducati has revealed the motorcycle it will use to supply the MotoE World Cup grid from 2023 as it pulled the wraps off the Ducati MotoE prototype during its first shakedown test at Misano.

The Italian marque was last month revealed as Dorna’s choice to take over from Energica for the all-electric motorcycle racing series, which has featured in several rounds of the Motorcycle Grand Prix World Championship support package since 2019.

Compared with Energica, which unlike its MotoGP, Moto2 and Moto3 counterparts supplied a production-based version if its Ego Corse sportsbike, the Ducati MotoE is a new-from-the-ground-up prototype that won’t be on general sale. 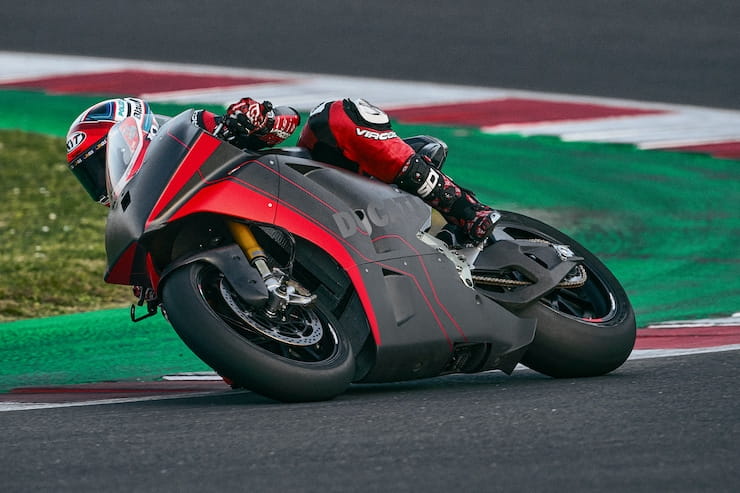 Codenamed ‘V21 L’, while the Ducati MotoE won’t start its first race until spring 2023 at the earliest, the Italian firm has wasted no time in putting miles on the machine, which represents a major change in strategic direction for the firm.

Test rider and 60 MotoGP race capped Michele Pirro had the honour of completing its first laps in a private test session at Misano, where the motorcycle was unleashed to 70% of its power potential, according to the Italian.

“Testing the MotoE prototype on the circuit was a great thrill, because it marks the beginning of an important chapter in Ducati history. The bike is light and already has a good balance.

“Furthermore, the throttle connection in the first opening phase and the ergonomics are very similar to those of a MotoGP bike.

"If it weren't for the silence and for the fact that in this test, we decided to limit the power output to just 70% of performance, I could easily have imagined that I was riding my bike." 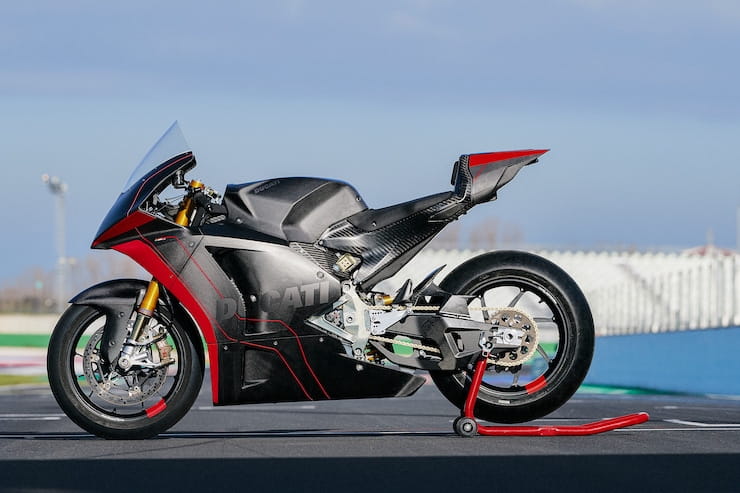 We’ve only just had time to digest the fairly surprising news that Ducati will be assuming the tender for supplying the MotoE World Cup from 2023 and already we have a glimpse of the machine it will race.

The MotoE prototype was originally previewed in a sketch that bore all the hallmarks of a typical Ducati sportsbike, with its flared wings, poised profile and svelte bodywork.

It’s an artists’ impression that hasn’t quite translated to the real thing with only a quick glance needed to betray that this is indeed a motorcycle that is fuelled from a plug, rather than a pump.

To our eyes a cross between the Ducati Panigale V2 and a Moto2 bike, what is perhaps most interesting from the design is either the battery pack is placed much further forward and lower than the norm, or Ducati has attempted to emphasise aerodynamic efficiency with a sharp and low fairing that gives it a front-heavy look. Indeed, from the rear, you’d be hard pressed to tell this was an electric motorcycle. 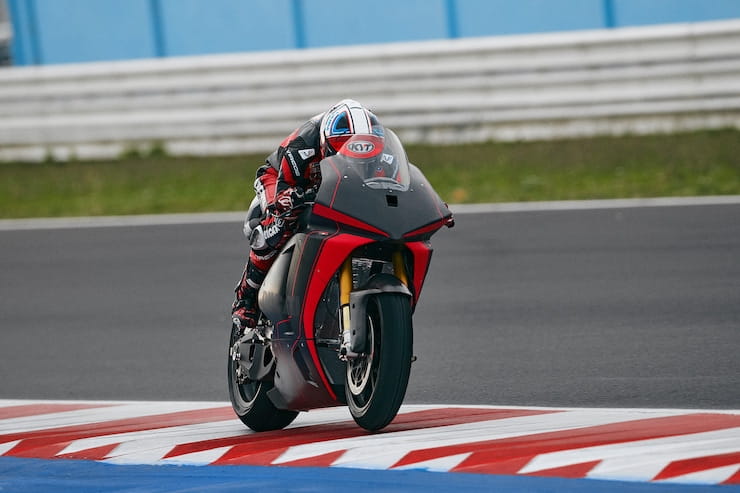 But this is a motorcycle designed to go fast, rather than necessarily look great, which is a description that could be shared by the perpetually shocked looking Ducati GP21, an impressive bike but one that bears an unfortunate resemblance to the Edvard Munch painting, ‘The Scream’.

Crucially though, unlike the Energica Ego Corse it replaces from 2023, this won’t form the basis for a direct roadgoing model, which explains why Ducati has hit the track so early since it has been charged with ensuring it can make the motorcycle as light, powerful and as durable as possible to extend MotoE races that right now only run to between 5 and 7 laps.

Even so, with the Ducati MotoE tender lasting for four years until the end of 2026, CEO Claudio Domenicali has stated that the machine will pioneer technology that will ultimately end up in roadgoing electric Ducati models, though he has said this could be seven to eight years away still.