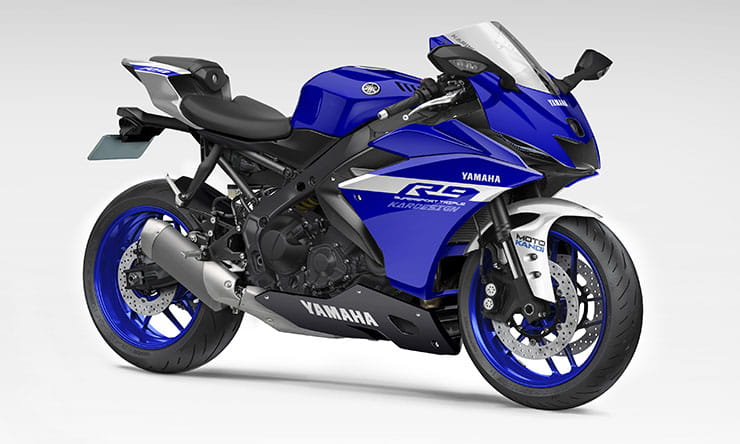 With the demise of the legendary YZF-R6 as a mainstream model – the track-only R6 Race is the only version available now – Yamaha has been left with a yawning chasm in its sports bike line-up.

At the entry level, new riders are well served with the learner-legal R125 and the A2-friendly R3, and this year’s addition of the MT-07-based R7 means there’s another logical step up the sports bike ladder. So, without leaving the Yamaha fold, you can go from 15hp in the R125 to 42hp in the R3 and 73hp in the R7 – each a worthwhile but surmountable step.

The next stage, though, is the leap to the full fat, 200hp R1, representing a vast jump in performance, price and ongoing costs like insurance.

Fortunately for Yamaha, there’s an easy answer when it comes to filling the gap left by the departure of the 118hp R6 from its sports bike range; put a fairing and dropped bars on the MT-09 SP.

The MT-09’s 889cc triple might be nearly half as large again as the old R6’s four, but its peak power is virtually identical and the all-new MT-09 model introduced this year, with an R1-esque aluminium beam frame, is begging to be turned into a faired sports model. In SP form the MT-09 even has an Ohlins shock, quick-shifter and fully adjustable KYB forks.

It seems Yamaha is planning to make precisely that move, having applied for new trademarks on the name ‘R9’ in territories including Europe and Australia last week.

Earlier this year, Yamaha applied for a whole array of ‘R’ trademarks in Japan, with all the numbers from 1 to 9 as well as ‘R15’, ‘R20’ and ‘R25’. That move appeared to be simply a case of covering all the options rather than a definitive indication of new models – after all, several of the machines already exist and others, like an R8 or R5, don’t make a lot of sense.

The fact that the new European and Australian trademarks, both filed in early August, focus in on the R9 name while ignoring the others suggest it’s a real project. 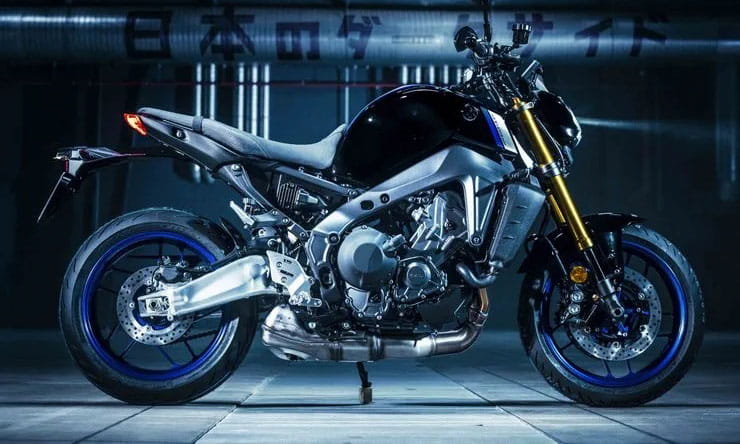 The bike makes so much sense that it’s virtually certain to reach production. Yamaha’s ‘R’ and ‘MT’ ranges are becoming increasingly closely aligned, and right now there are faired ‘R’ sports models and naked ‘MT’ machines based on the same frames and engines all the way from the MT-125/R125 siblings to the MT-10/R1 pair. There’s just one gap, and it’s the MT-09, which doesn’t have a parallel ‘R’ version (yet).

With 119hp on tap the MT-09’s power is on a par with the old R6, and at 190kg wet it’s exactly the same weight as the 600cc four, too. The bigger engine means more torque, which is always welcome, and the MT-09’s more mass-made design means an R9 version might well actually be cheaper than the old R6 was.

With the demise of the Triumph Daytona, options are limited when it comes to three-cylinder sports bikes – there’s the MV Agusta F3, but it operates in a slightly different sphere, with a significantly higher price and more exotic status.

Since there are virtually no remaining 600-class sports bikes on the market, the R9 would also have the potential to steal customers rising the sports bike ladder on other brands, offering rather more performance than the likes of Honda’s CBR650R or Aprilia’s RS660 but without the price or intimidating power of an all-out superbike.

At the same time as it applied for the R9 trademark in Europe and Australia, Yamaha has also filed paperwork for the name ‘R2’ in the same markets. It’s a harder one to understand, as it implies either a downsized version of the existing R3 or a bored-out version of the R125. It appears likely that such a bike might appeal in markets like India, where KTM offers the RC200 instead of the RC250 that’s offered in some other parts of the world. At the moment, the firm sells a slightly enlarged R125 – the R150 – in India. A revised version of that bike has recently been seen on test and might be the recipient of the R2 branding. 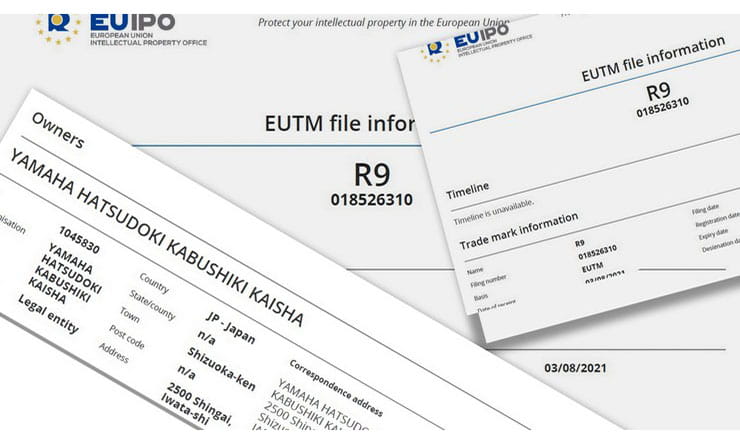