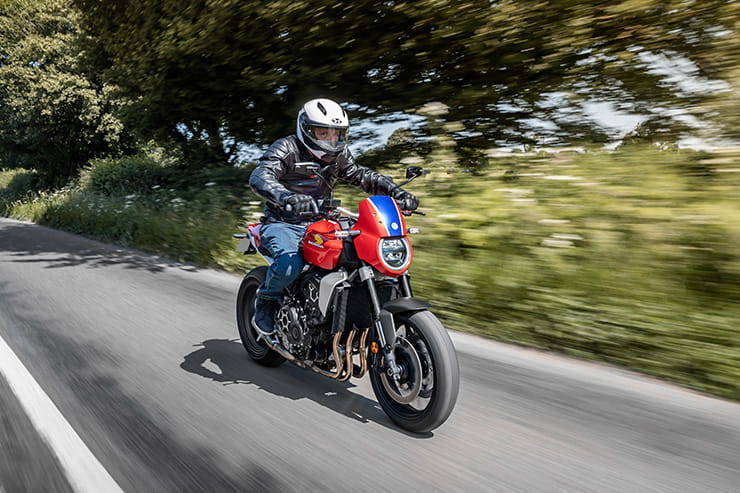 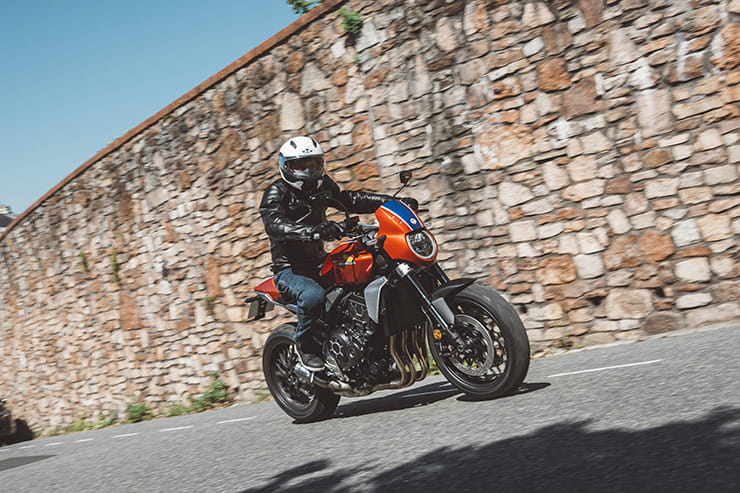 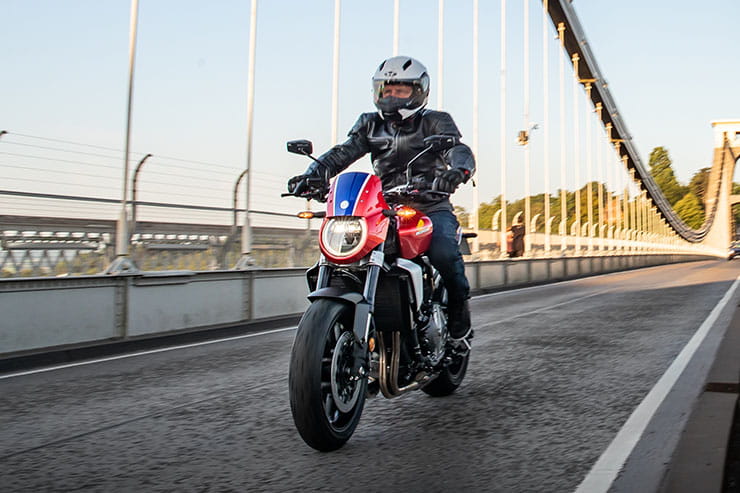 Back in 2019 Honda tied up with Guy Willison at 5Four Motorcycles to create a run of 54 limited-edition CB1100RSes and now they’re at it again with a limited edition CB1000R as the base for another run of 5Four models.

Updated for 2021 with new styling including a sloping LED headlight, new radiator shrouds and different airbox covers, plus a revised engine to meet Euro5 emissions rules, the CB1000R was picked by Willison as the basis for his latest Honda collaboration. He’s added a selection of custom components along with a dedicated paint scheme to make the machines stand out from the stock versions of the bike. 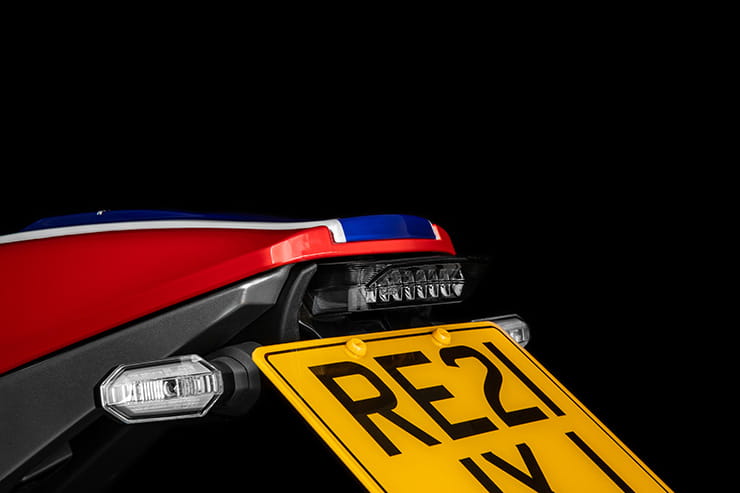 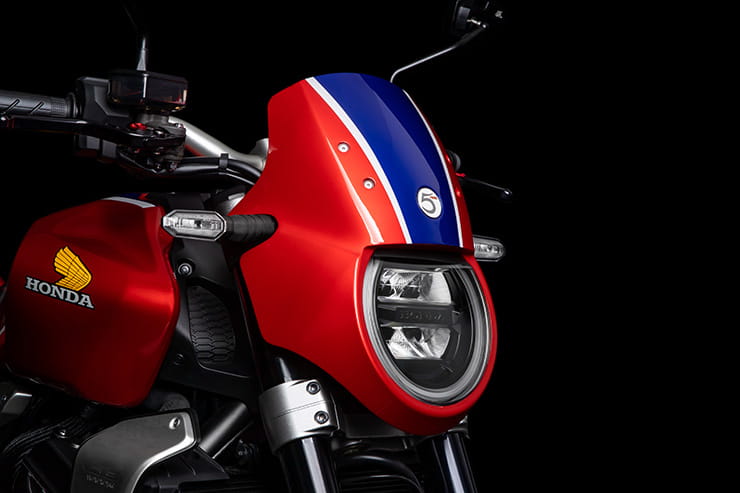 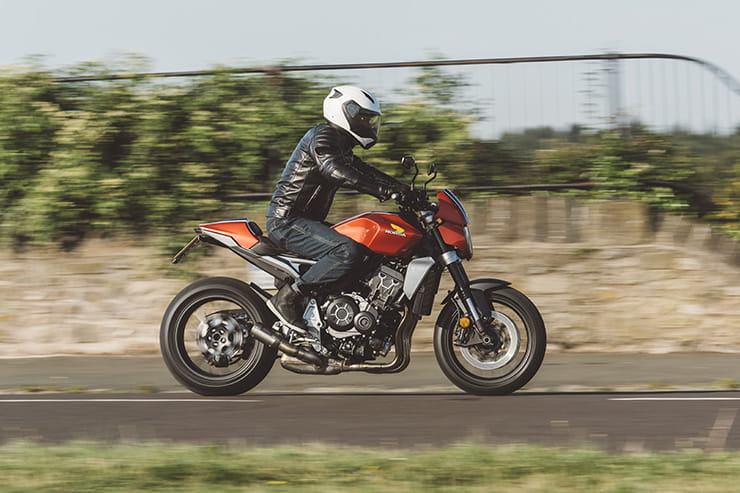 Although the addition of a nose cowl is the most obvious alteration, Willison says he started at the rear of the bike. He explains: “Now here is an already fabulous bike crying out for the 5Four treatment. An obvious starting point? The rear. The 5Four tail tidy has no exterior bracketry so the lines are clean. We’ve also fitted a slim LED rear light enabling the number plate to be mounted as high as possible revealing the whole of the rear tyre.”

As well as fitting a standard number plate, the bike comes with a rear reflector mount to work with a miniature 7” x 5” ‘show’ plate. Not that anyone would dream of using such a thing on the road, of course.

At the front, that fairing is also a 5Four part. Willison said: “The 5Four composite fairing has been designed to flow with the existing lines of the bike and offer some respite from the elements for the rider and carries an individually numbered Limited Edition badge.” 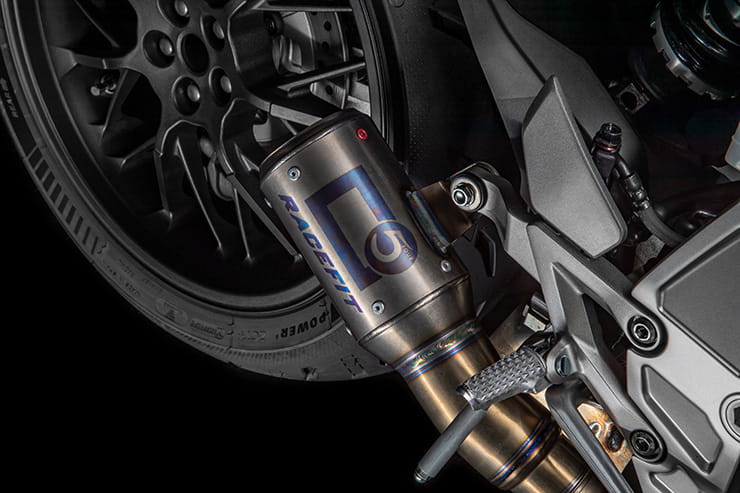 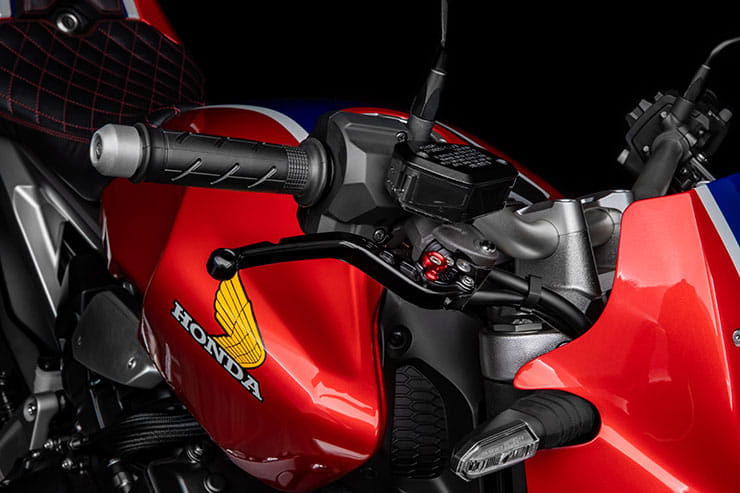 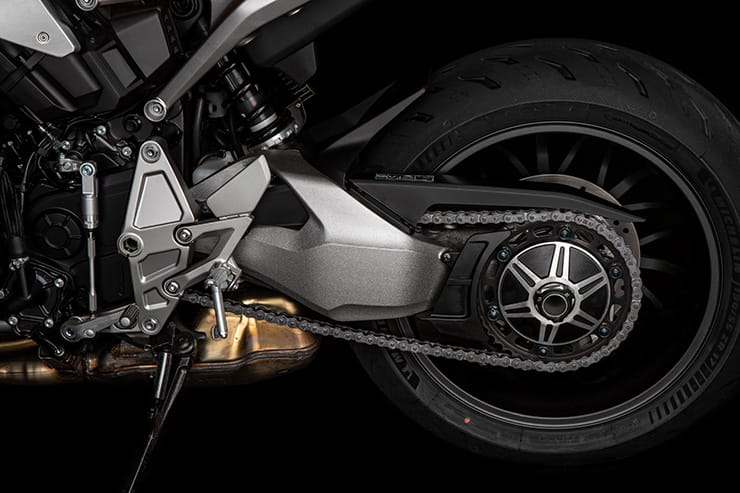 On the stock CB1000R a chunky exhaust end can on the right hand side rather negates the styling advantage of the single-sided swingarm, so that’s another element that 5Four addressed. The limited-edition model comes with a titanium Racefit Growler X exhaust that’s tiny in comparison and promises to make for a rather more noticeable soundtrack (ahem, for track use only, of course).

The bike also gets aftermarket LSL levers with anodised red adjusters, plus billet alloy mirrors and a hand-stitched 5Four seat. 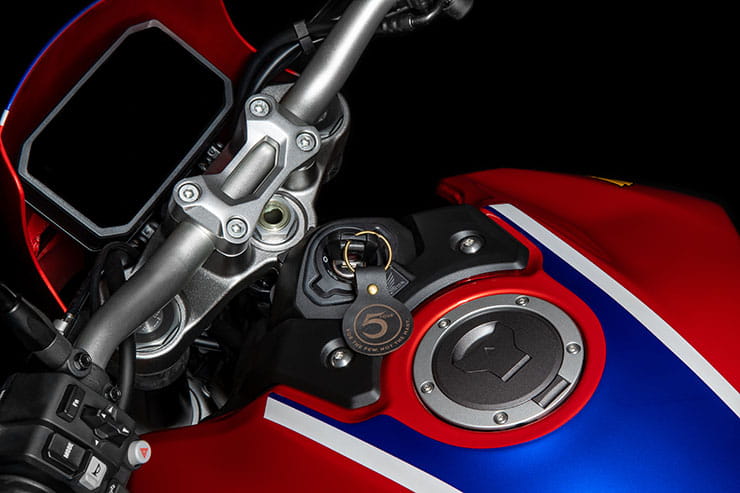 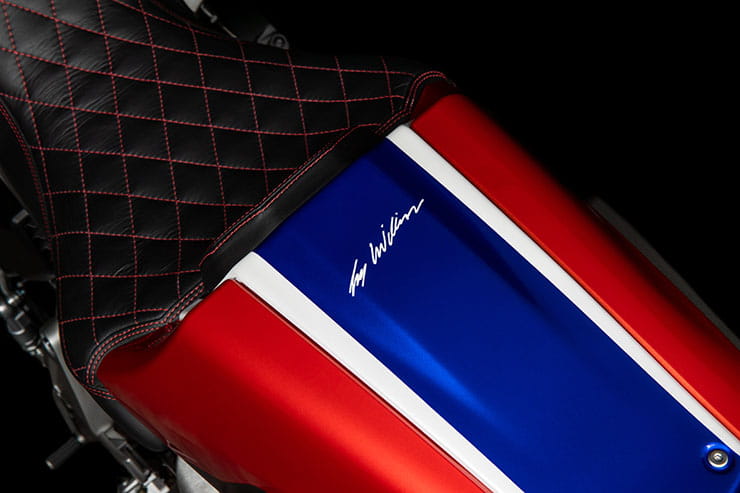 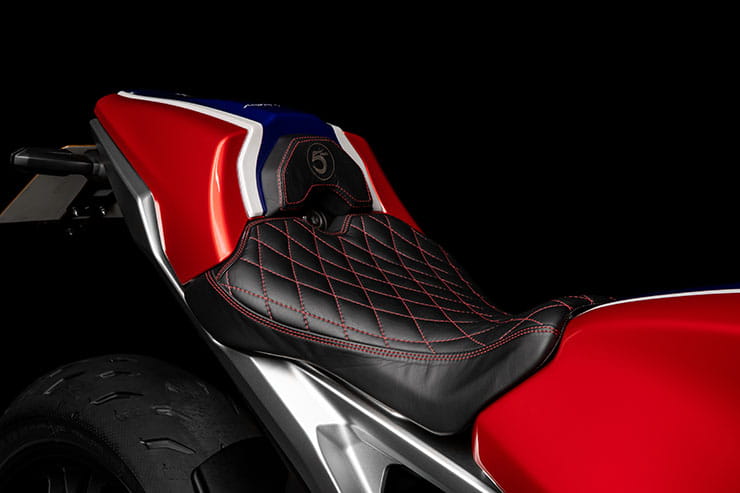 The rest of the changes focus on the paintwork, which adopts the classic Honda red, blue and white in a scheme that’s inspired by the firm’s old endurance racers. The tank logo is hand painted and there’s a limited-edition badge including each bike’s individual number in the run.

You also get a certificate of authenticity signed by Willison, and the option of having his signature painted on the tail of the bike. 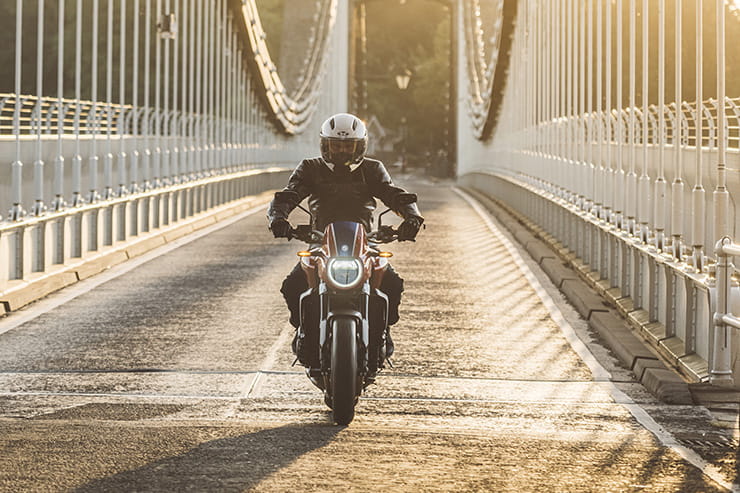 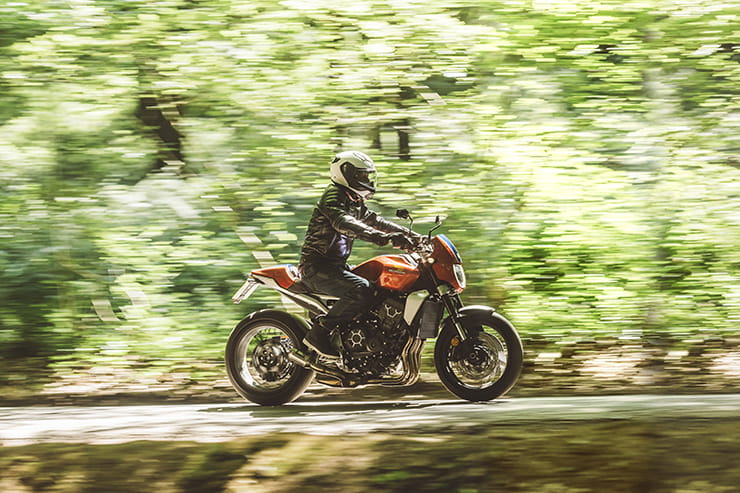