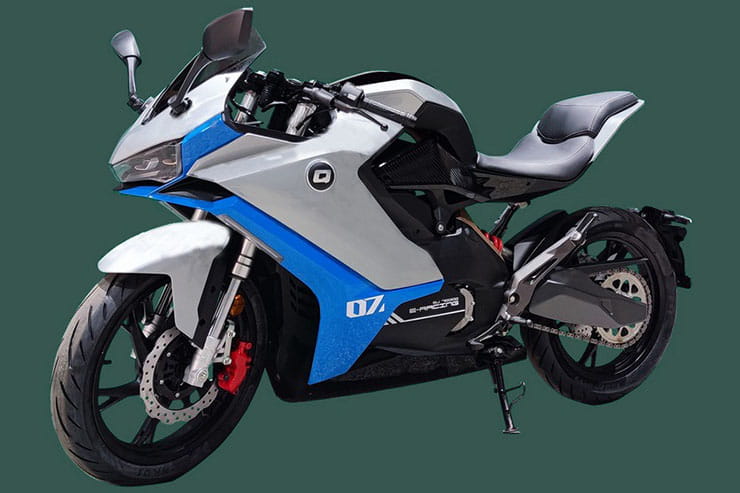 Back in June we brought word of the electric sports prototype shown in China by Benelli’s sister brand QJMotor. Now the company has filed design patents for the bike that reveal more angles of the machine and some subtle differences from the original show model.

While the bike’s name – QJ7000D – isn’t exactly evocative, it is informative, as the ‘7000’ relates to the electric motor’s officially-rated wattage. As usual with electric bikes, that’s not the whole story, as rated ‘continuous’ power is often significantly below the actual peak power that can be achieved. That’s the case again here, as QJMotor have officially said the QJ7000D is good for 10kW, or 13.4hp, to put is squarely into the frame as an alternative to a learner-legal 125. 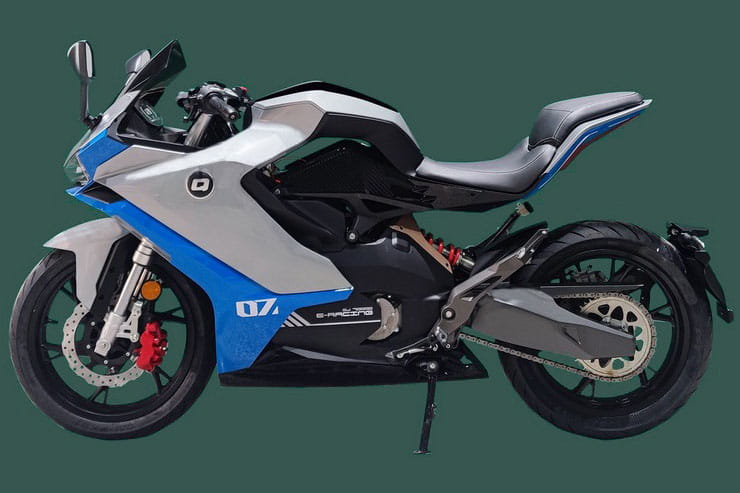 Given that most of the ‘interesting’ electric bikes currently on the market are vastly expensive, high-performance models – with the likes of Zero’s SR/F or the LiveWire One hovering around the £20k mark, it’s unsurprising that they’re rare sights on the road. At the other end of the scale, electric bikes tend to be commuter-oriented, inner-city scooters with all the appeal and individuality of a fridge-freezer, so there’s a gaping hole in the market for something affordable and learner-legal that will also tug at the heartstrings of potential customers. Given that young riders are more likely to be attracted to electric bikes than the sort of seasoned, older motorcyclists that might be able to afford the higher-end models currently on sale, there are significant rewards up for grabs for whichever firm manages to make hit that market at the right price.

Husqvarna’s upcoming E-Pilen is one bike that might plug that gap, but with the benefits of cheap Chinese manufacturing, the QJMotor could be in an even stronger position – particularly if the firm takes the logical step of creating a Benelli-branded version of the bike to target the wealthier European market. 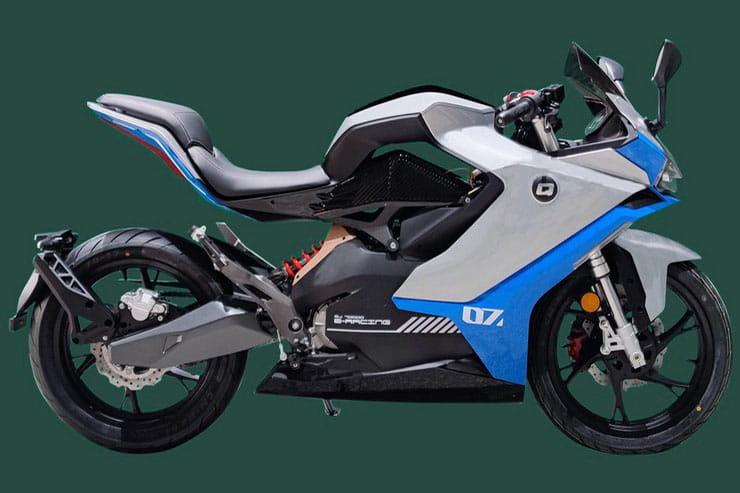 The new patent includes photographs of the bike from all angles, and while it’s largely the same as the prototype shown in June there are slight changes to the design.

Most notable is the under-tank area. Of course, it’s not really a fuel tank, so instead there’s storage space there, large enough to swallow a full-face helmet. On the prototype bike the sides of this storage area were open, perhaps to allow show visitors to see that there was a helmet in there, but a move that also meant a lack of security for anything stowed in the area. On this, patented version of the design, there are additional plastic panels that largely cover the sides of the storage area, merging into the tail unit, although they still leave a small open section on either side so as to retain the floating appearance of the ‘tank’ above – when there’s no helmet in there, you can see straight through the bike.

Elements that have been kept from the show bike include the unusual manual transmission, which promises to make the QJ7000D more like a normal motorcycle to ride – with conventional controls including a bar-mounted clutch lever and a foot-operated rear brake and gear shifters.

With an achievable-looking design and believable claims for performance and range, including a 65mph top speed and 62 mile range from a 72V, 60Ah battery, the QJ7000D looks like it’s not far from production readiness.