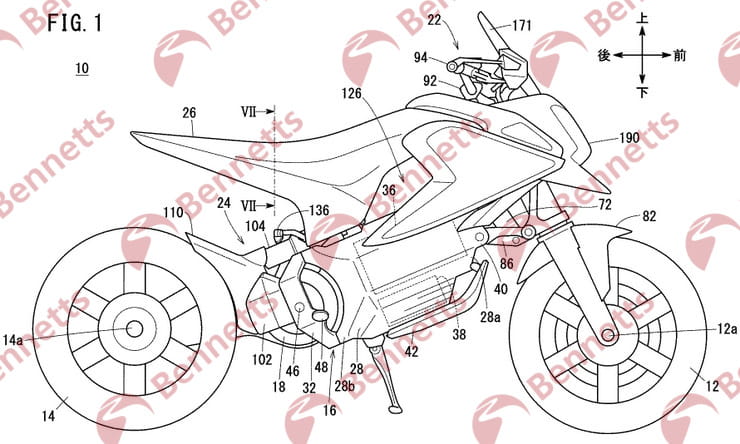 Broach the subject of electric bikes and inevitably the conversation soon turns to the disadvantages they present in terms of range or outright speed when compared to established petrol-powered machines. Now Honda is working on a machine that manages to skirt those issues altogether by taking aim at buyers who want fun, short-range transport rather than out-and-out practicality.

The MSX125 Grom has shown there’s a healthy appetite among buyers for a small, affordable bike that offers more vim than a scooter or a traditional learner-focussed 125. Sales worldwide have been impressive, leading to fast development that’s seen the Grom enter its third distinct generation this year, despite the first version only reaching dealers in 2014. It’s not fast. It’s not practical. It’s not even terribly cheap. What it is, though, is fun, and somebody at Honda has clearly realised that’s important to a lot of customers.

Applying the same formula to an electric bike could be exactly the solution to bring battery power to the mainstream. Instead of trying to tempt existing bikers away from their petrol machines, an electric Grom would appeal to new riders and be a tempting second or third bike for established motorcyclists, offering a bit of harmless fun rather than earnestly trying to make earnest arguments about superiority in terms of the usual metrics of performance or practicality. 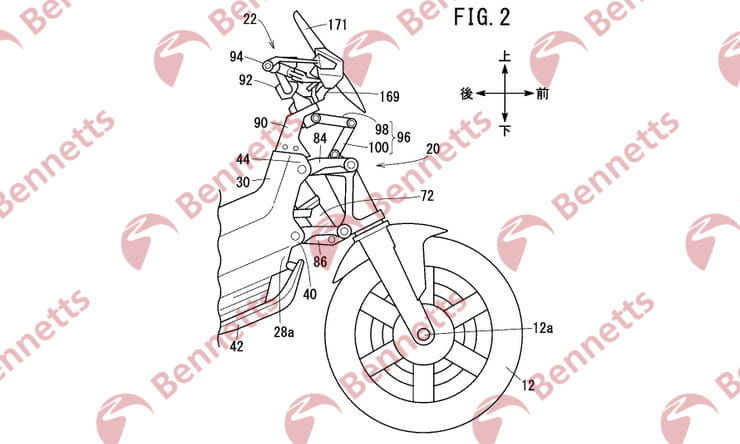 Honda’s new design, which has simultaneously appeared in three new patent applications, has the look of a concept bike. Given that virtually all of last year’s motorcycle shows were cancelled, that’s probably exactly what it was intended to be, only to be robbed of a platform to be unveiled on.

The basics are pretty simple; a central chassis section that holds the battery and electronics, with the electric motor mounted at the back, its spindle concentric with the pivot point for the single-sided swingarm.  Up front there’s a girder-style front suspension arrangement similar to that on the latest Gold Wing. Above all that there’s a seat unit that runs the full length of the bike, with storage under the front section where the tank would normally be. According to the patents, the seat is made of a moulded plastic skeleton, with triangular holes to make a strong, light, flexible structure reminiscent of the backs of high-end Herman Miller office chairs. 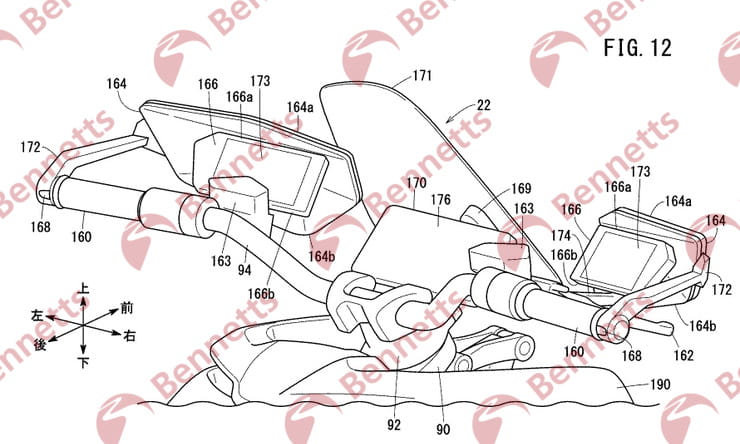 Concept-style oddities include rear-facing cameras instead of mirrors. The cameras are mounted in the ends of the bars (they’re labelled 168 in the patent drawings) and feed their signals to smartphone-style displays built into the hand guards. It’s a solution that’s over-complicated, expensive and offers little or no tangible advantage over a traditional mirror, but perfect as an attention-grabbing conversation piece on a concept bike. A third TFT display sits in the centre as the bike’s main dashboard.

While clearly a concept rather than a production machine, the sense of making an electric Grom is hard to ignore given the success of the petrol-powered version. Only a masochist would use one for long journeys, so range isn’t a concern, and the immediate torque of an electric motor means acceleration at city speeds would probably beat a petrol bike.

Suzuki could have beaten Honda to the punch in this part of the market if only it had decided to put the 2013 Extrigger concept into production, as it fulfilled the same purpose and similarly ranked fun above practicality in its design. However, while Suzuki has since filed patents for some of the Extrigger’s technical elements, the firm hasn’t made moves to put the bike into production.

The potential of an electric Grom hasn’t been missed by the aftermarket. Several one-off conversions have been made, and multiple Chinese companies have started manufacturing similar machines for their home market, using off-the-shelf hub-mounted motors and cheap battery tech. With the reassurance of a Honda badge on the side, and potentially taking advantage of the swappable battery technology that the firm has committed to, a genuine Honda e-Grom would surely find a market today.