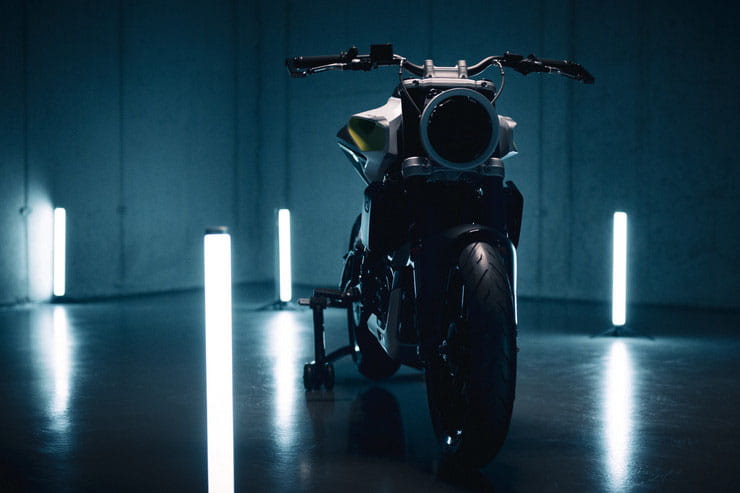 Husqvarna has been working on electric bikes for a while and is now ready to show the fruits of its labours with this – the E-Pilen concept.

Yes, it’s still only a concept bike, but it exactly matches the styling revealed for a forthcoming production model in its parent company’s investor relations documents last year.

Husqvarna is, of course, part of Pierer Mobility, where it sits alongside KTM and GasGas. Pierer is also working in partnership with India’s Bajaj and China’s CFMoto, with electric projects across all those brands. KTM was, of course, a pioneer in electric bikes with its E-Ride models, and Husqvarna already offers electric balance bikes and an electric crosser, the EE 5, aimed at kids.

The new Husqvarna electric project is in parallel with Bajaj, with the intention of offering a range of e-powered two-wheelers including scooters and motorcycles on a common 48-volt platform with motors from 4kW to 11kW, to be produced in India. 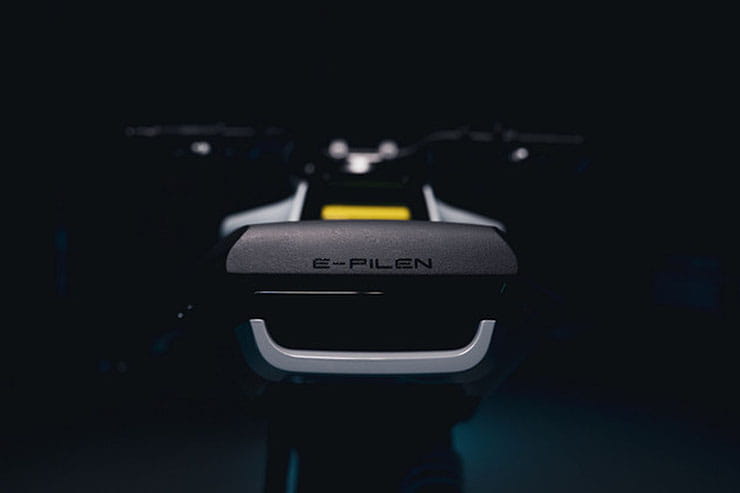 The E-Pilen sits in the middle of that power range, with an 8kW motor. That’s a slightly disappointing-sounding 10.7bhp, although electric motors are usually rated differently, using a ‘continuous maximum’ power rating, defined as the level they can put out uninterrupted without overheating. Most electric bikes also have a separate ‘peak’ power, available for short periods (like a petrol engine’s peak power) that is often twice as high as the ‘continuous’ maximum.

Husqvarna’s slightly disappointing figures continue with the range, pegged at 62 miles (100km) between charges, although that’s not necessarily the disadvantage it initially seems, as the firm has opted to use swappable battery packs. KTM is part of a consortium with Honda, Yamaha and Piaggio to establish a standard for such packs, and since a separate consortium – comprising Honda, Yamaha, Suzuki and Kawasaki – has already established just such a standard in Japan, it’s likely the European firms will adopt the same conventions. That means filling stations will be able to have stocks of one, standardised battery that can be used across a whole array of makes and models, and the relatively short range won’t be such a problem as ‘refuelling’ will be quicker and cleaner than refilling a petrol tank. 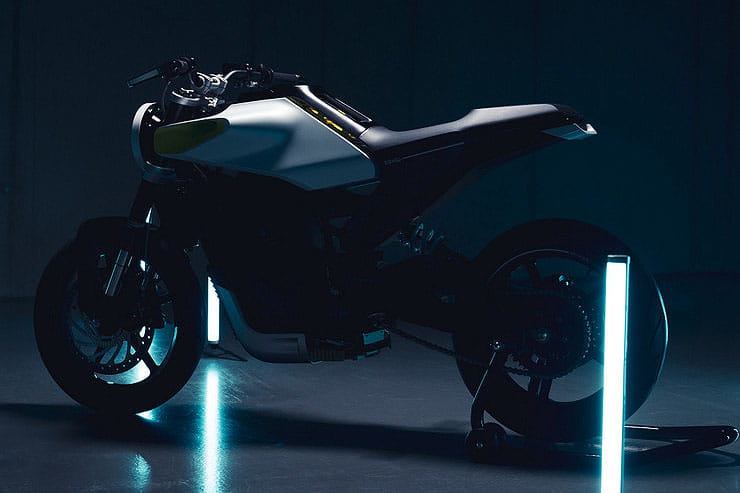 The flip side of the small, short-range battery should be a lighter, smaller bike, providing better performance than its 8kW power might otherwise suggest.

Although hard to make out in the mystifyingly dingy pictures released by Husqvarna of the E-Pilen concept, the bike uses a typically KTM-style trellis frame and cast-aluminium swingarm. In fact, it appears to exactly the same frame and swingarm that have been spied on test for KTM’s next-generation small-capacity (125-390) Duke models, with the same direct-acting monoshock on the right-hand side of the swingarm. The suspension itself is WP kit, of course, and the E-Pilen appears to have a self-supporting composite seat unit where the next-gen Duke has been spied with a cast aluminium version.

Why show the concept now? It’s probably because the production-ready version of the bike isn’t that far from being ready for the limelight. Husqvarna says that the “development of the E-mobility range is already well-advanced and further information will be released in the near future.”