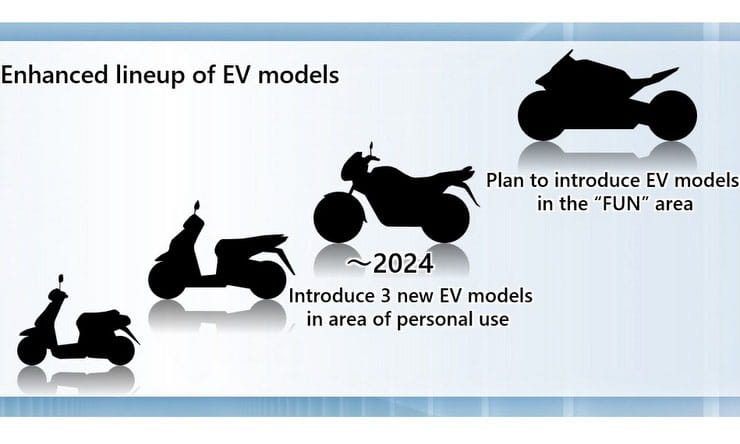 Honda will have as many as four consumer-targeted electric motorcycles on sale by 2024 with a focus on the standardised swappable batteries that it’s developed alongside the rest of Japan’s ‘Big Four’ and Europe’s Piaggio and KTM.

The plan, announced at a global press conference with Honda President and Representative Director Toshihiro Mibe today, also commits to complete carbon neutrality for all Honda’s activities by 2050, along with a target to end all fatalities concerning Honda cars and motorcycles by the same date.

Honda’s dedication to electric cars means the firm wants them to account for 40% of sales by 2030, 80% by 2035 and 100% by 2040, worldwide. For motorcycles, the firm hasn’t set such clear targets but it is doubling down on the swappable battery tech that’s used in the PCX Electric scooter. That bike is already available on a lease basis in small numbers in Asia, along with the business-targeted Benly e and two commercial three wheelers, the Gyro e and Gyro Canopy e.

In terms of consumer-facing, mass-made models for personal use, Honda plans to make three new bikes in the sub-50cc and sub-125cc classes, plus an unspecified number of machines in what it calls the ‘FUN’ area – suggesting significantly higher performance. 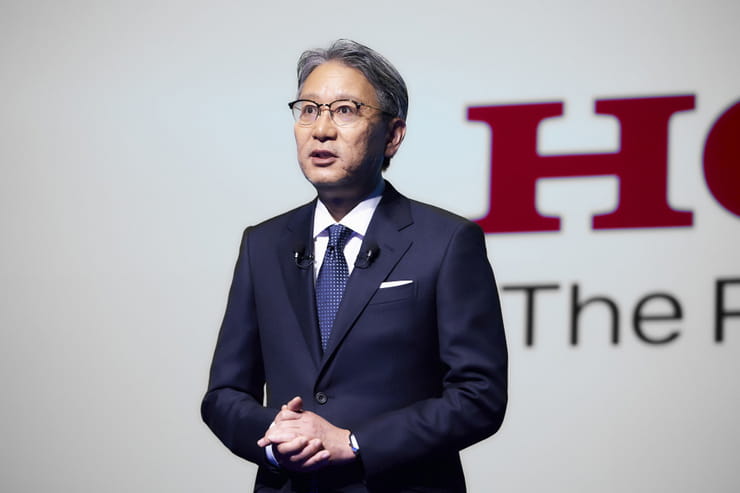 The image accompanying Honda’s announcement suggests the three sub-125-class electric models will be two scooters – one a sub-50cc-equivalent model, the other a larger, 125cc-style machine – and one 125cc-class electric motorcycle.

There’s less clarity about Honda’s plans for larger electric bikes, other than the vague promise to ‘introduce EV models in the “FUN” area’ accompanied by a silhouetted image of a sports-style motorcycle.

We’ve seen several patents from Honda regarding electric bikes, most recently including an electrified model based on the CB125R and a machine similar to the MSX125 Grom that would certainly fit the all-capitals ‘FUN’ idea that Honda appears to be pursuing.

In terms of higher-performance machines, Honda has worked with Mugen on dominant TT-winning electric bikes for several years, so it certainly has the technology to provide superbike-like performance from battery power. 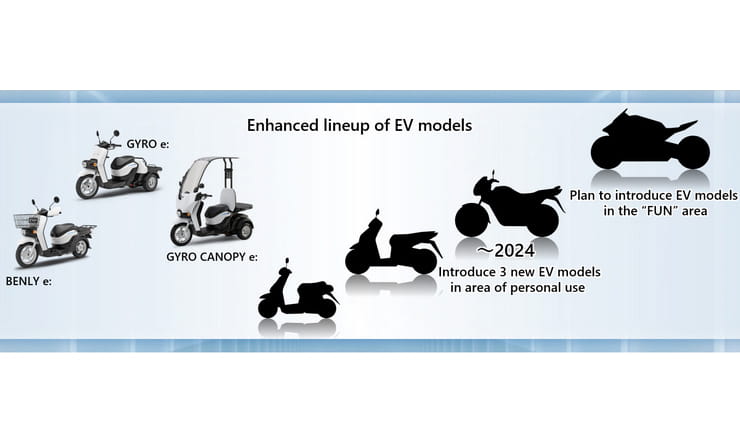 The second notable part of Honda’s announcement is the intention to end motorcycle fatalities on Honda products by 2050. That might be a long way off, but the plan appears to be a push towards high-tech accident-avoidance systems – and we’ve already seen evidence of that with patents showing radar-equipped versions of the Africa Twin and Gold Wing.

Honda says that its cars will all adopt ADAS (advanced driver assistance systems) by 2030 in developed countries, and that it plans to spend 5 trillion yen (around £33.4 billion) in R&D over the next six years regardless of fluctuations in sales revenue to pursue that target.