Is Benelli plotting a four-cylinder superbike? 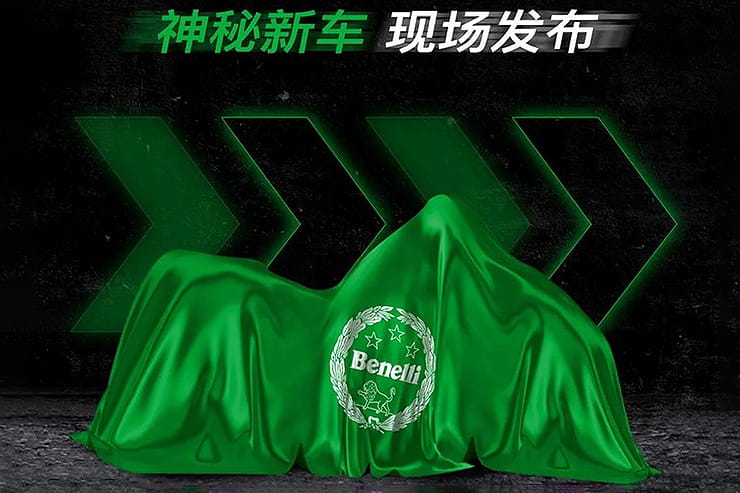 This weekend sees the opening of the China International Motorcycle Trade Expo (CIMA) and Benelli is promising to bring an unseen new model (above) and a ‘mystery’ engine (below) to the event.

CIMA is set to be one of the only large motorcycle shows to take place this year, with the main European events – EICMA and INTERMOT – both cancelled. Benelli, owned by Chinese giants Qianjiang, intends to be one of the stars of the event.

The firm is teasing the new bike and new engine on its Chinese-language website. There are no details on either other than what we can tell from the accompanying images.

The bike itself – which may or may not be what the new engine is fitted to – is teased with a CGI image of a covered motorcycle. Since it’s not a real photo there’s no guarantee that even the silhouette under that cover is accurate, but it appears to be a naked or aventure-style machine. Perhaps the TRK 800 that’s scheduled to go on sale next year? 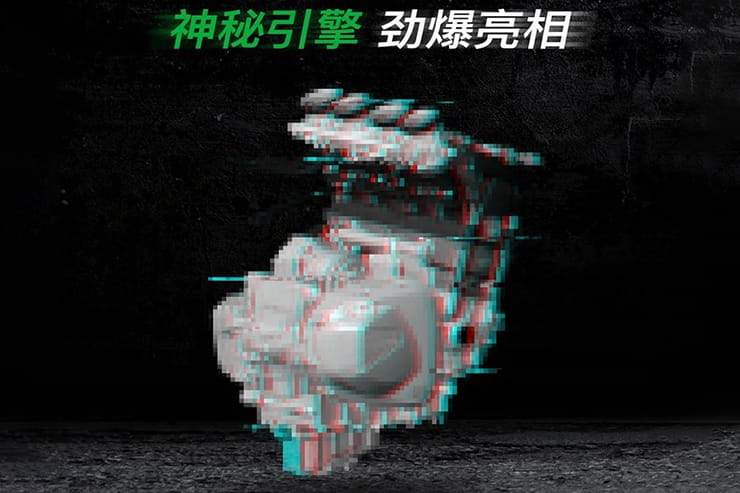 If that’s the case, then the engine isn’t part of the same project. Again shown via a teaser image, this time the illustration is a pixelated, 8-bit-style image that nonetheless clearly shows a four-cylinder motor with double overhead cams and water cooling. The engine doesn’t match Benelli’s lone existing four-cylinder, the 600cc unit from the TNT 600 that’s also used in sister brand QJMotor’s SRK 600, suggesting it’s an unrelated design.

There’s no indication of its size, but since Benelli already has a 600cc four in its arsenal there’s a chance this is a larger engine. We know Benelli is planning to revive its old three-cylinder design with a 1200cc capacity for its upcoming tourer, so where is this new four destined to go?

Real engine anoraks might find that the pixelated picture is ringing some bells. The shape of the clutch cover in particular looks familiar, with the distinctive circular outline that blends into an irregular shape. Worked it out? It’s MV Agusta’s recently-replaced four-cylinder, as used in the last, 998cc, second-generation F4 superbikes and in 1078cc form in the Brutale 1090 until 2018 (below).

Has Benelli simply grabbed a random picture to use for its teaser, or is there more to the connection? MV Agusta has recently ditched that design in favour of its completely new four-cylinder, as used in the new Brutale 1000, so it’s quite conceivable that the firm has sold the old design to Benelli.

Is a Benelli-made superbike or super-naked on the cards? Don’t bet against it. 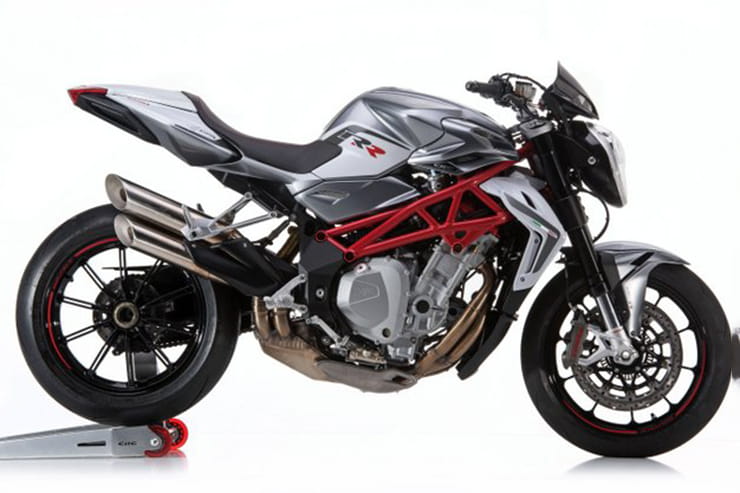