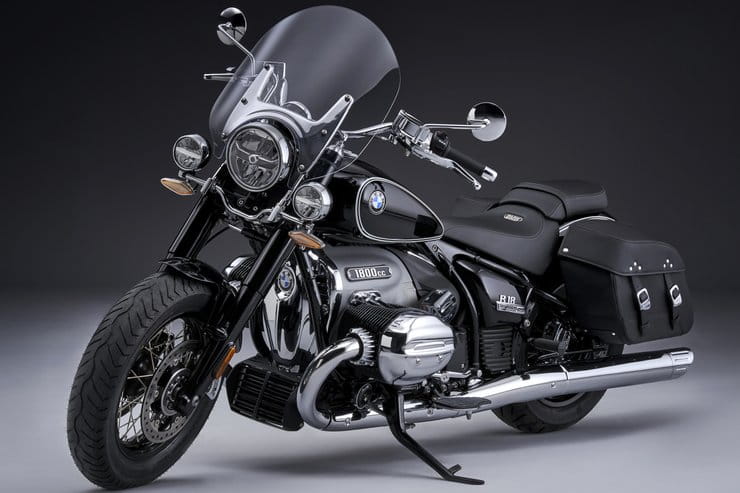 We’ve known since early this year that a second version of BMW’s R18 – dubbed the R18 Classic –was on the way for 2021. Now it’s here but it’s not exactly the machine we were expecting.

Back in March this year, BMW filed the type approval paperwork for the R18 and R18 Classic, and around the same time two distinct sets of patent drawings emerged. One was the normal, cruiser-style R18, the other a bagger with a nose fairing and hard luggage. However, it turns out that the R18 Classic isn’t that bagger but another touring-oriented version of the bike with a more traditional, retro look. 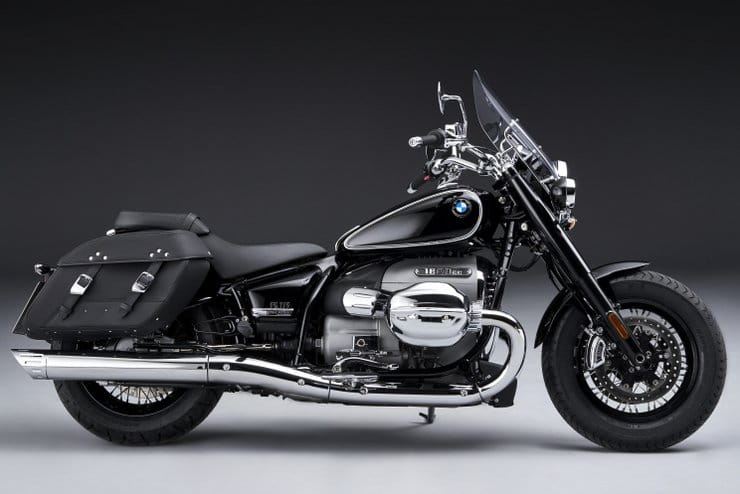 In terms of specs and components the R18 Classic is basically identical to the R18 that we’ve already seen but it’s loaded with extra kit to give it greater touring ability.

The most obvious changes include a clear windshield, a pair of leather-look saddlebags with trad-looking buckles and a pillion seat, but importantly all those elements are easily removed, turning the bike back into something that looks nearly identical to a normal R18. You also get extra LED headlights, a smaller, wider 16in front wheel instead of the stock R18’s 19-incher and cruise control as standard. 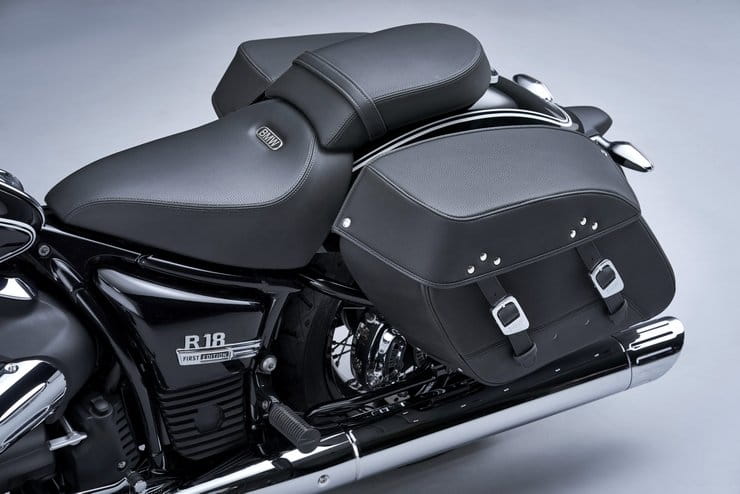 Each of those removable bags holds 15.5 litres of luggage or 10 litres if the removable liners are used, and the buckles are purely cosmetic – they actually hide more convenient push-in fasteners. The screen slots into the top of the forks and attaches to the bolted-on auxiliary light bracket with locking brackets, so can be removed or replaced in seconds. It takes a little longer – and a screwdriver – to get the panniers off, but it’s still intended to be a simple job to convert the Classic from ‘touring’ mode into cruiser spec. 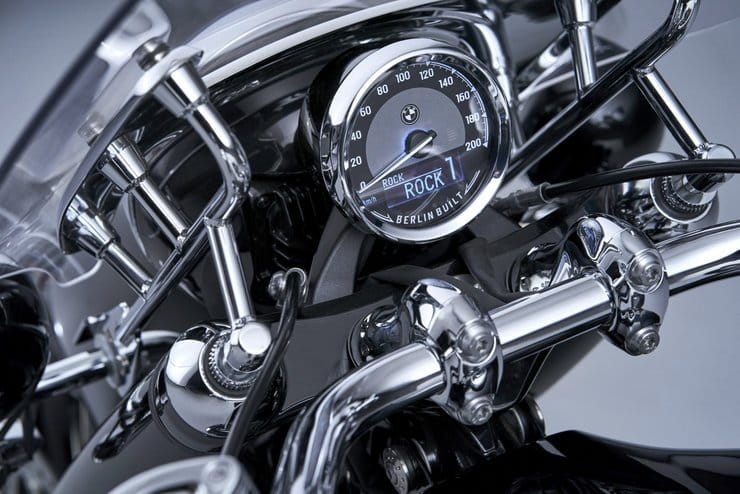 Other than those elements, the bike is identical to the R18. That means you get the same 1802cc, air-cooled boxer twin making 91hp and 116.5lbft of torque at thumpingly low revs, allied to a double-cradle steel frame with a hidden rear suspension system to give the look of a classic hardtail.

Mod cons include ABS, of course, along with traction control, engine brake control and multiple riding modes (with cringe-worthy ‘rock’ and ‘roll’ settings instead of ‘sport’ and ‘tour’, as well as a more self-explanatory ‘rain’ mode), all monitored via simple-looking instruments using  an LCD display set inside the analogue speedo. You can also add an electric reverse gear and hill start control as an option.

The R18 Classic does gain some weight over its stripped-back sibling, racking up 365kg on the scales with the screen, panniers and pillion seat in place instead of the 345kg of the base R18. However, BMW doesn’t expect many R18s or R18 Classics to be sold in their simplest form. There’s a vast array of extras for both models – wheels (with options from 16in to 21in), seats, footboards, screens, bars, luggage and cosmetic components are all on offer – making the ‘standard’ weight largely irrelevant to most buyers.

The R18 Classic doesn’t come cheap. To get your hands on the initial ‘First Edition’ version, you’ll need to fork out £20,980. In comparison the base R18 First Edition starts at £18,995 before plundering the options list. The Classic is set to reach dealers in spring 2021. 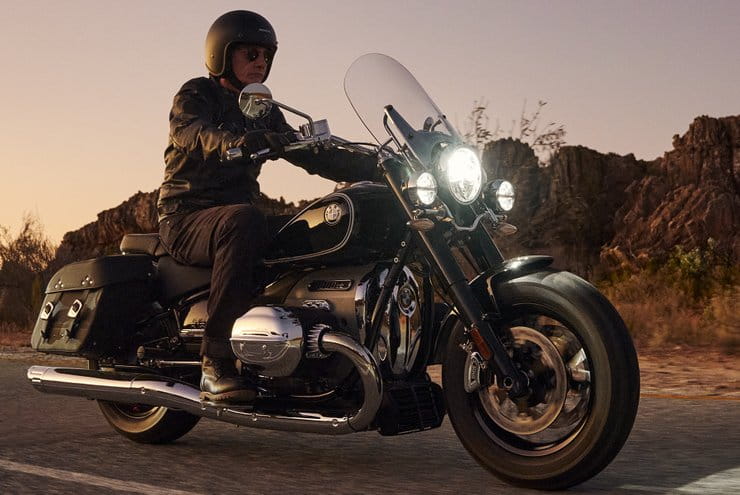